Born in Port-au-Prince, Haiti, Merisier trained with artists at the Foyer des Arts Plastique and the Centre d’Art before immigrating to the United States in 1968. Settling in the New York City area, Merisier studied at the Art Students League and Visual Arts School. He developed a body of work heavily informed by his research of art history books and the contemporary art scene. Works such as In Memory of Wilfredo Lam (2009), Matisse and Hyppolite (1998) and In Memory of Picasso and Chagall (2000) exhibit visual and thematic influences from modernist painters. At the same time, other works portray explicitly Haitian themes, including a particular concern of the plight and traditions of the Haitian people. Featuring 28 paintings from the latter part of Merisier’s career, this exhibition aims to introduce this important painter to a broader audience. 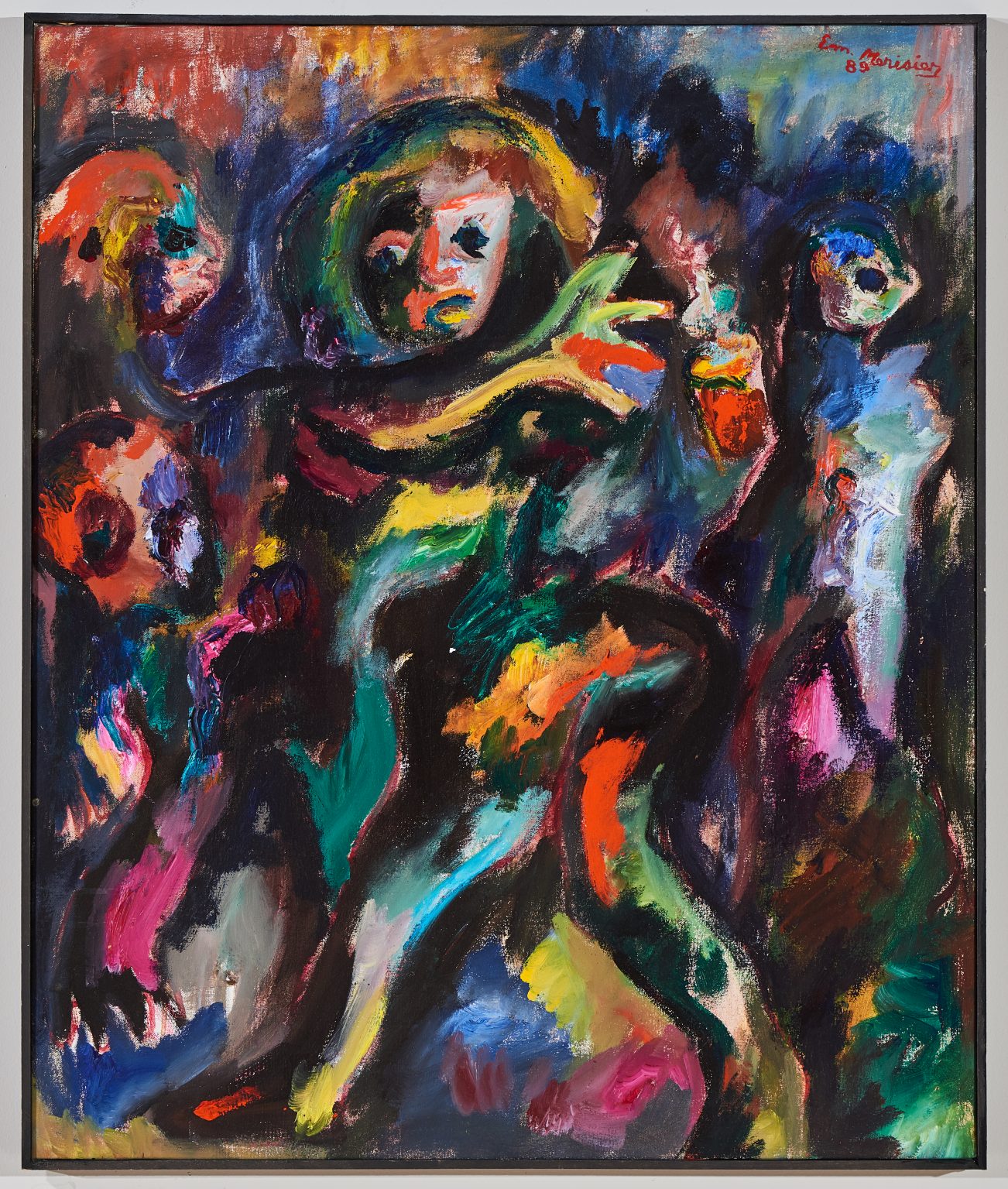 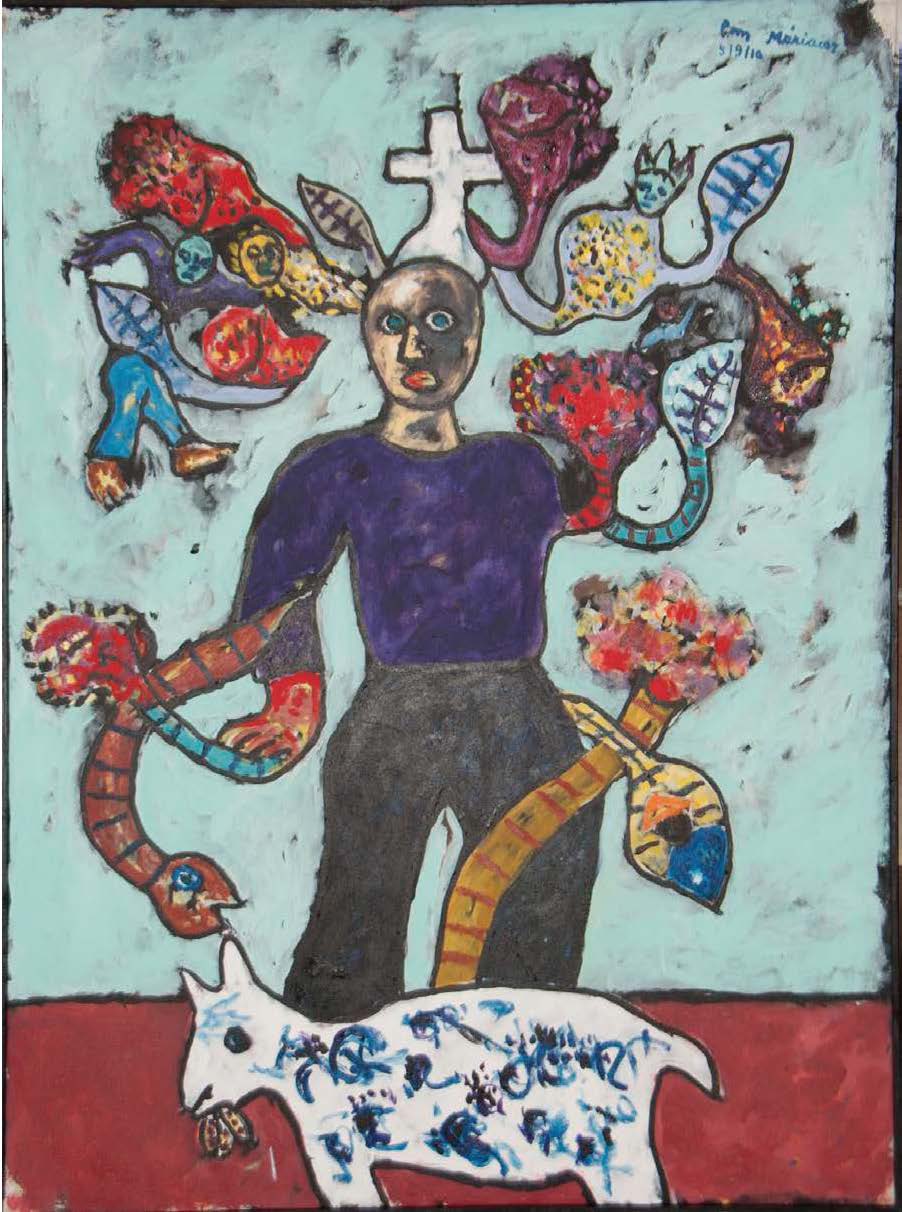 In Memory of Wilfredo Lam 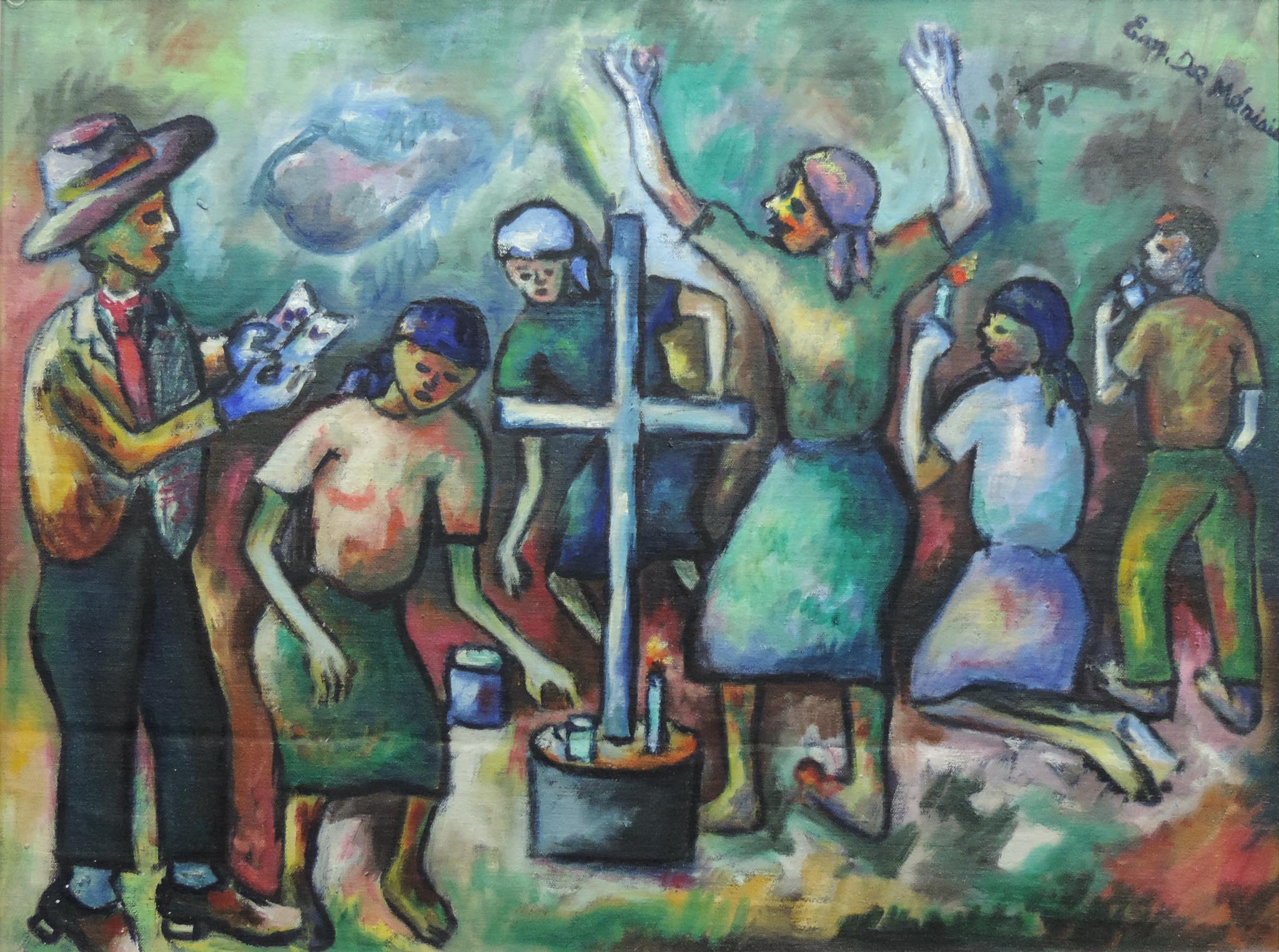 Offering Under the Cross, 1980s