Célestin Faustin was born in Lafond, Haiti in 1948 and named for his grandmother, Célestina, a practitioner of vodou who was an important influence in his life. She said he was claimed at birth by the goddess Erzulie Dantor, who conferred upon him an exceptional artistic talent that was obvious even in his youth. At the age of nineteen he studied with Wilmino Domond, but asserted his independence afer a year, developing a style of his own that was haunting, poetic, hallucinatory, surreal, and erotic. Most of his paintings tell a story and often they convey a profound personal anguish and a deep ambivalence about vodou beliefs. Not long before his tragic death in 1981 (age 33), the art critic Ute Stebich wrote that Faustin was "one of the most extraordinary Haitian painters, with seemingly limitless possibilities." 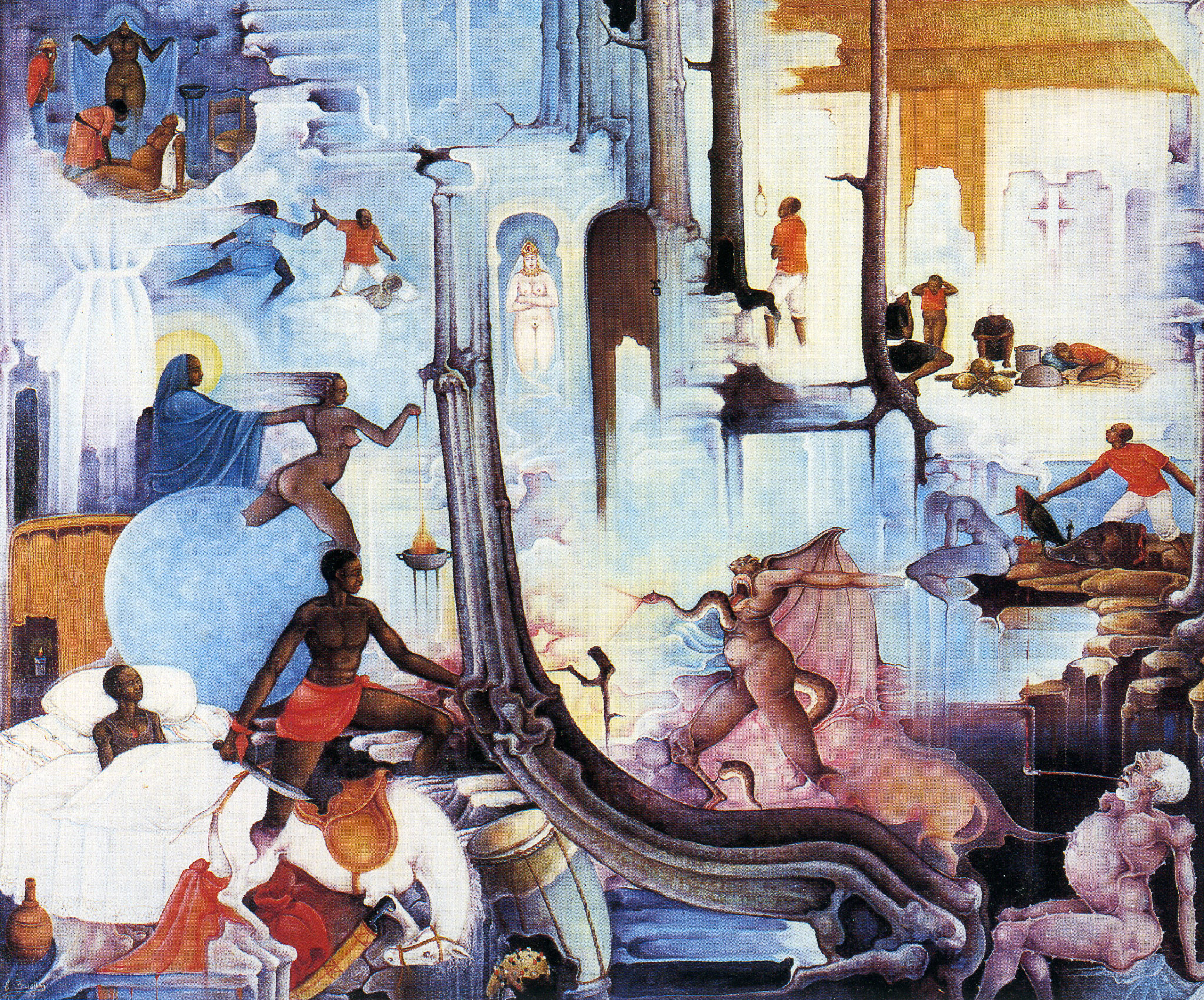 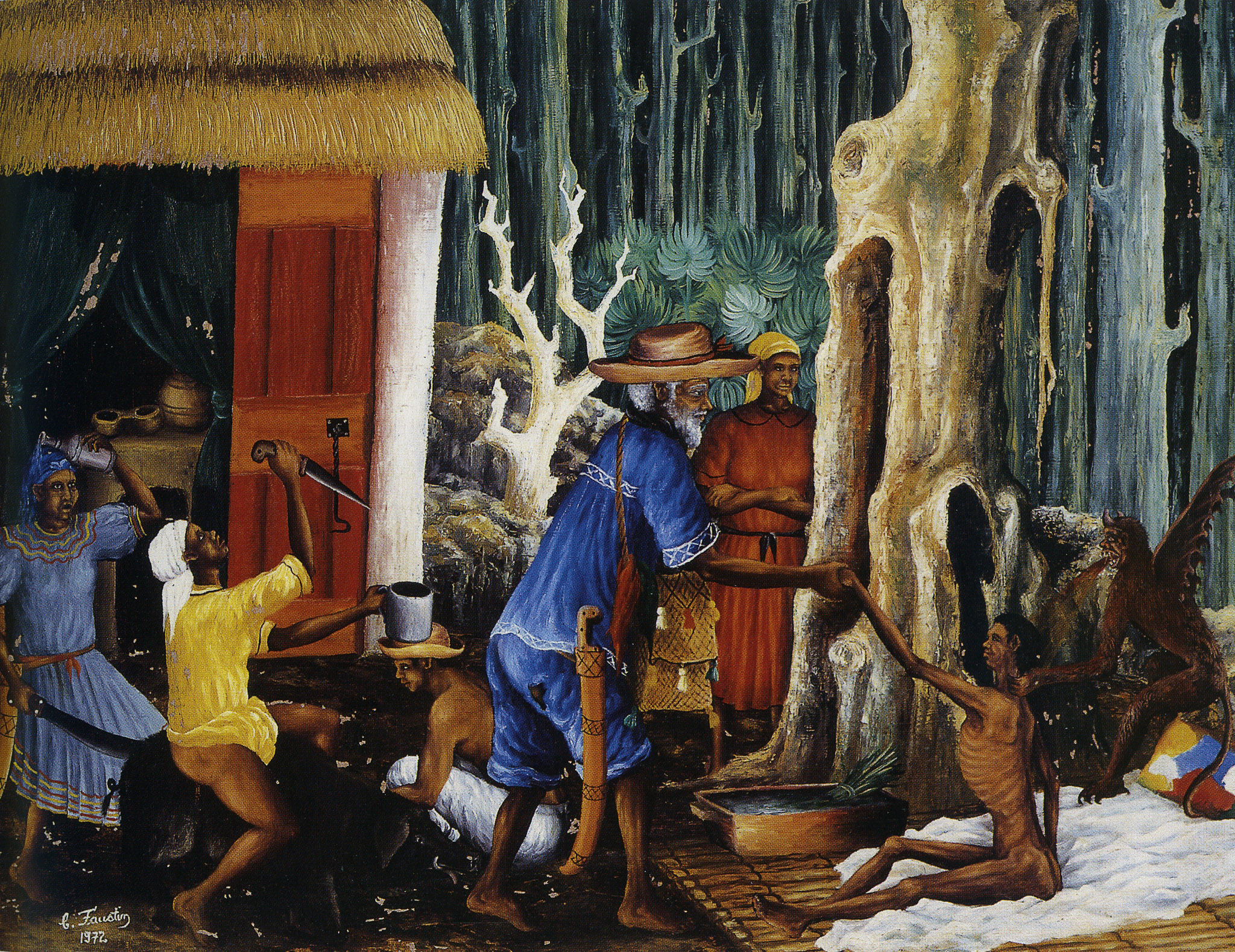 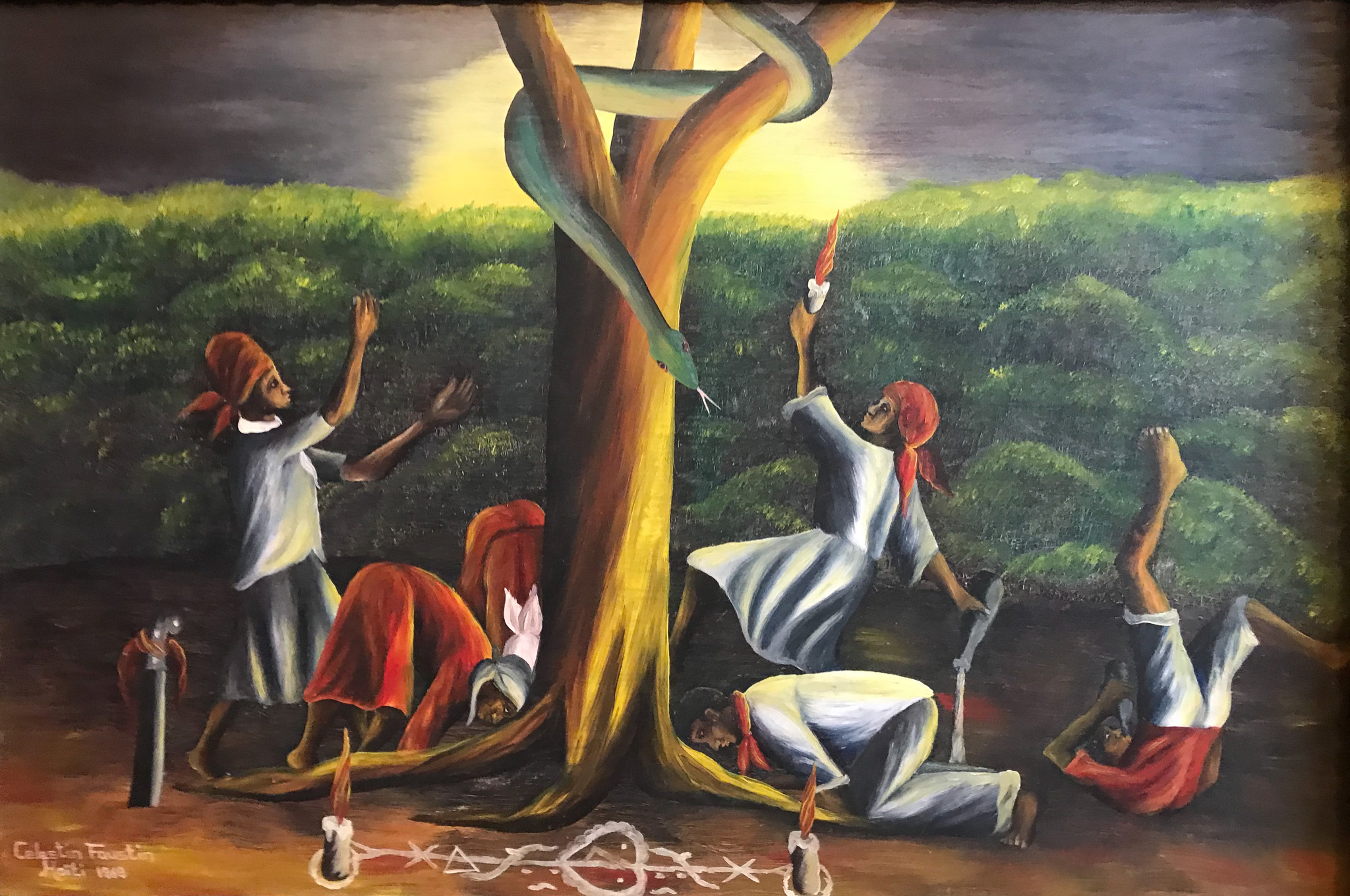 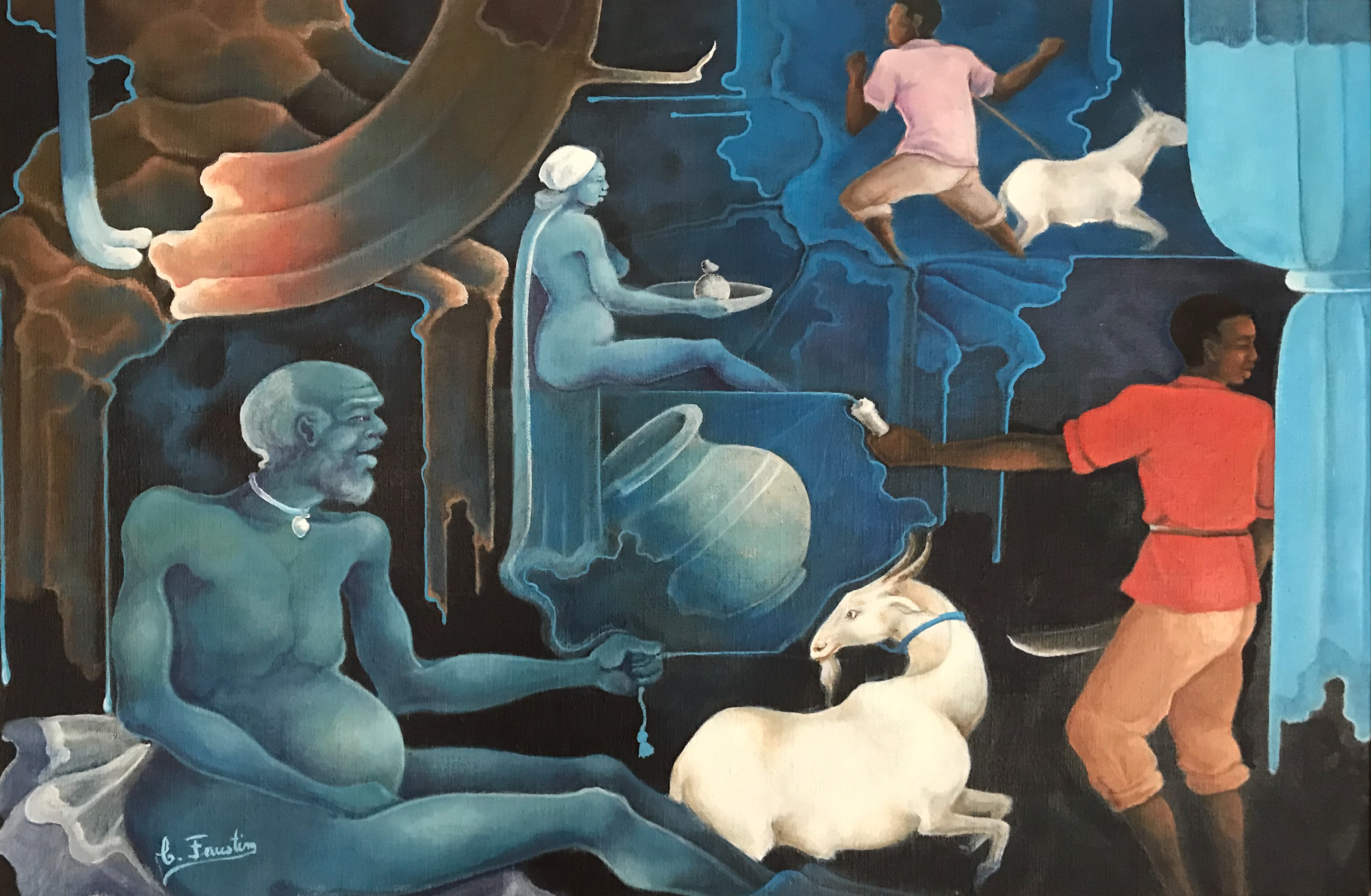 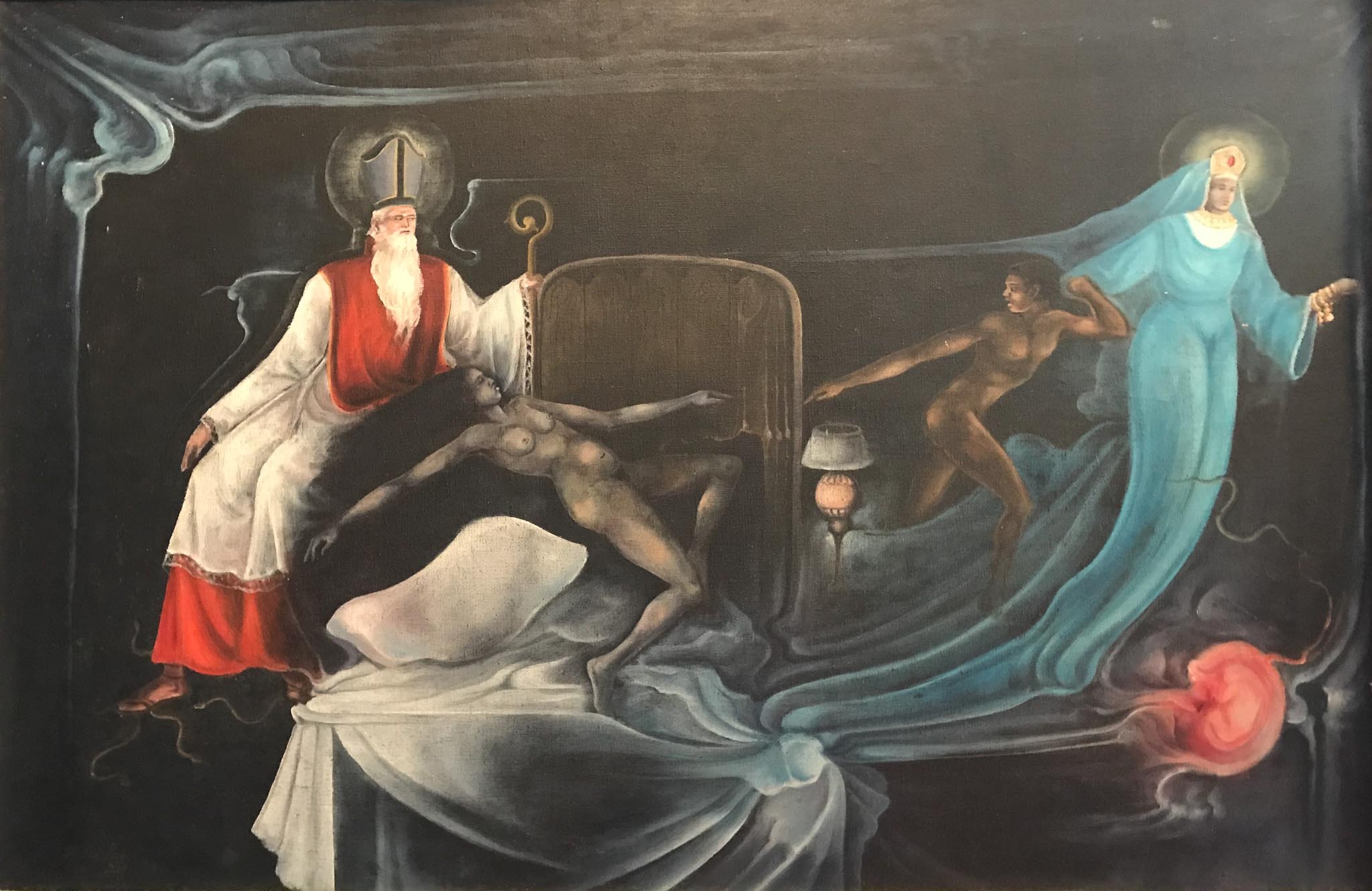 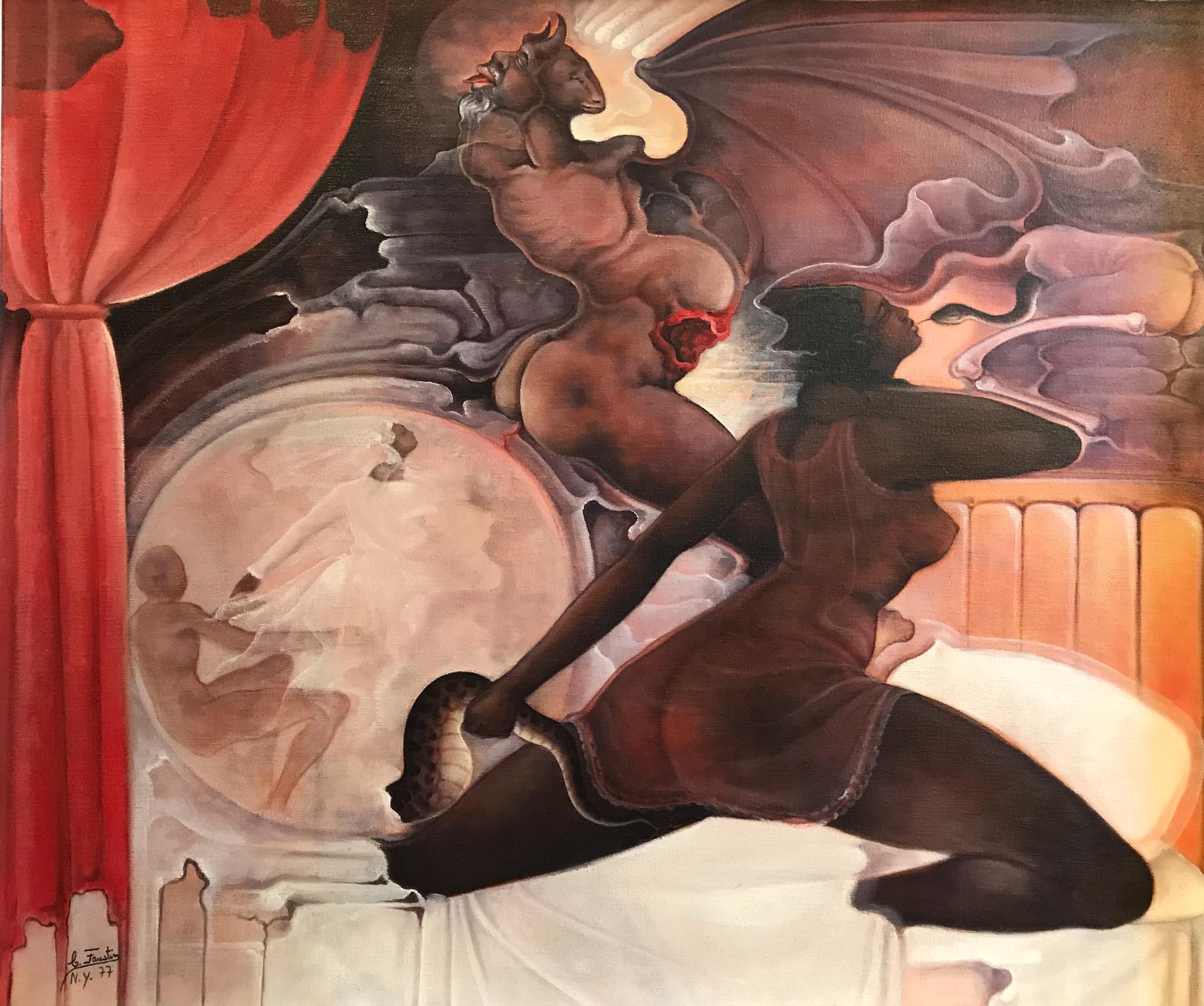 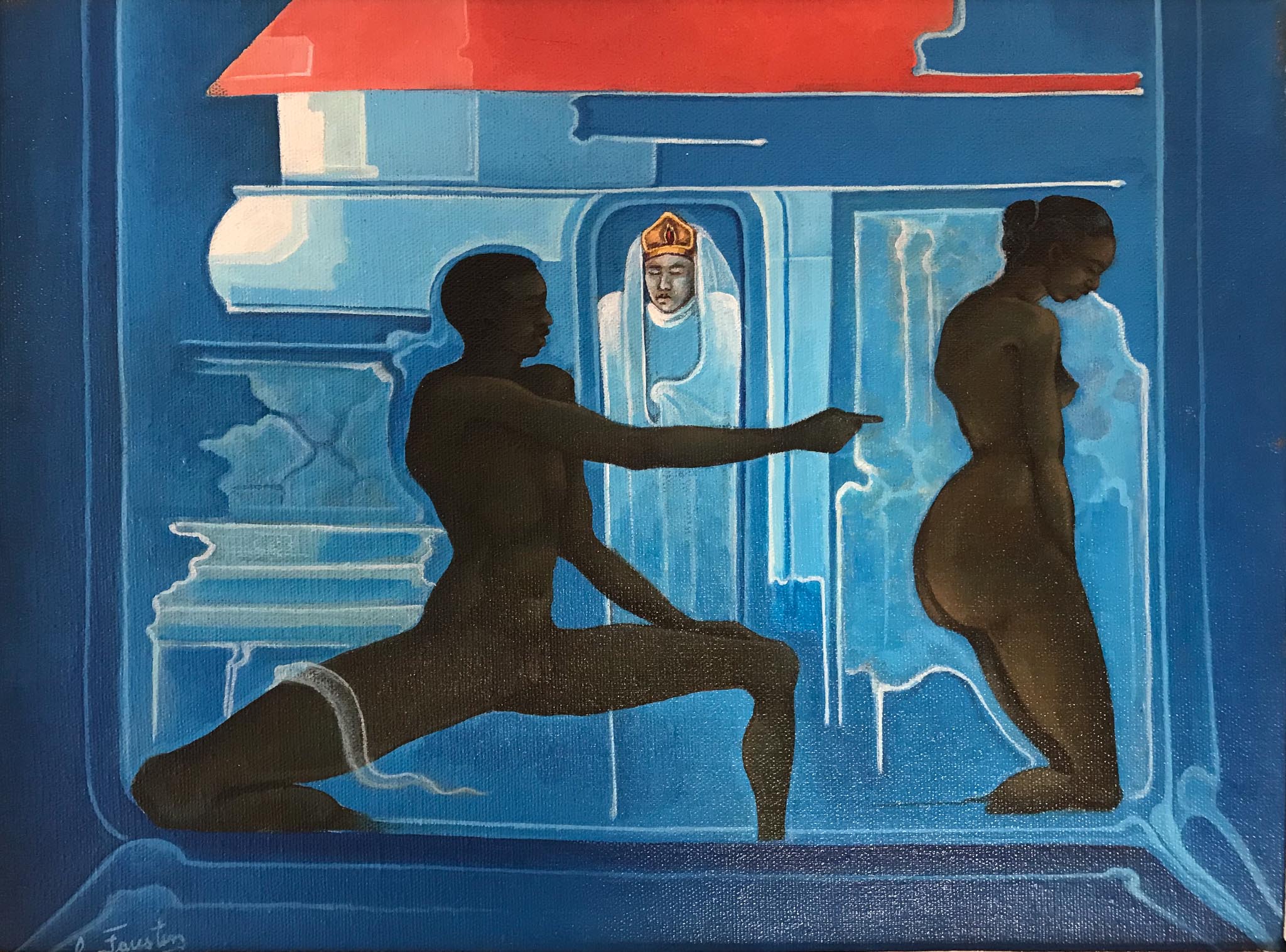 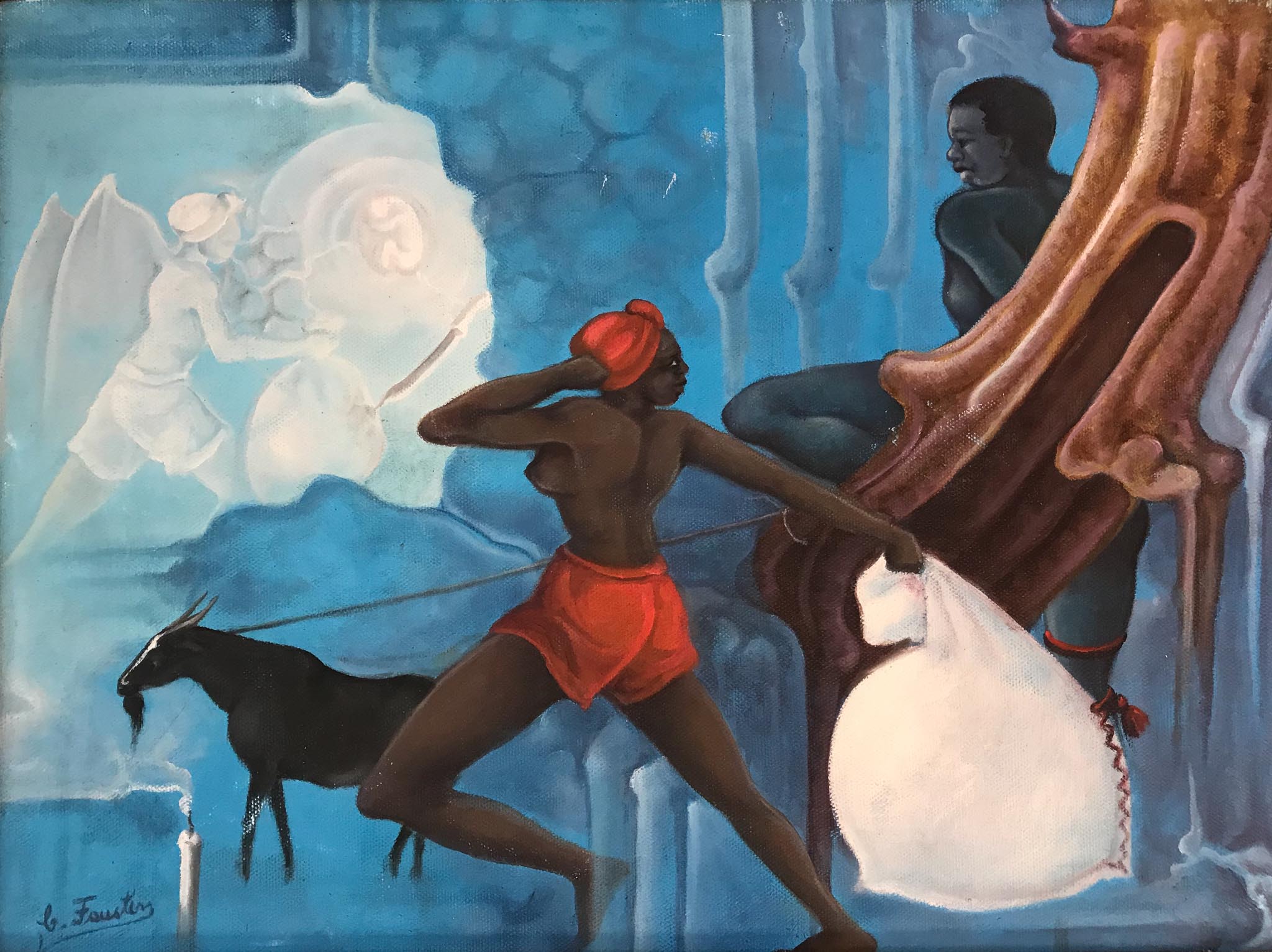 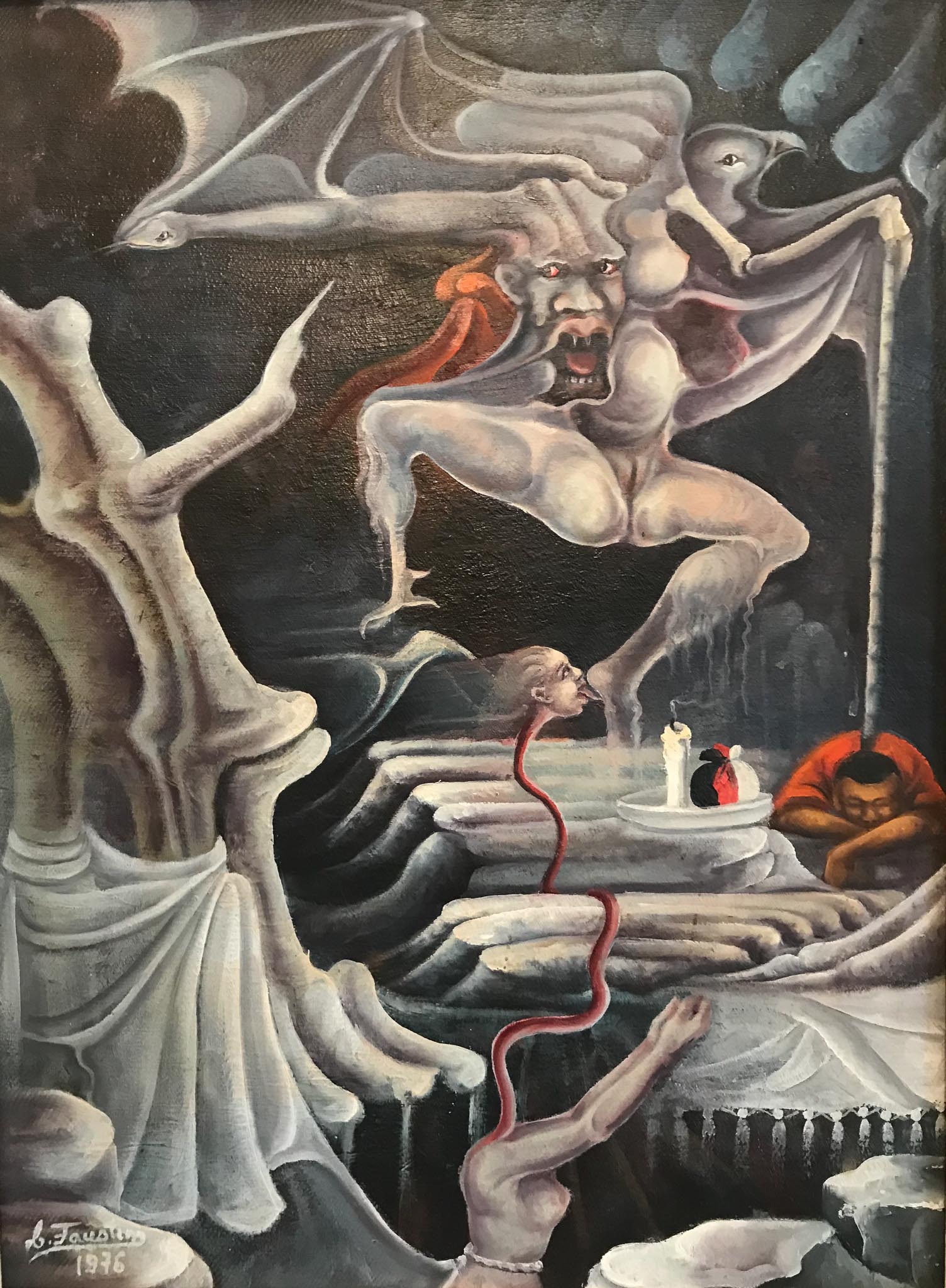 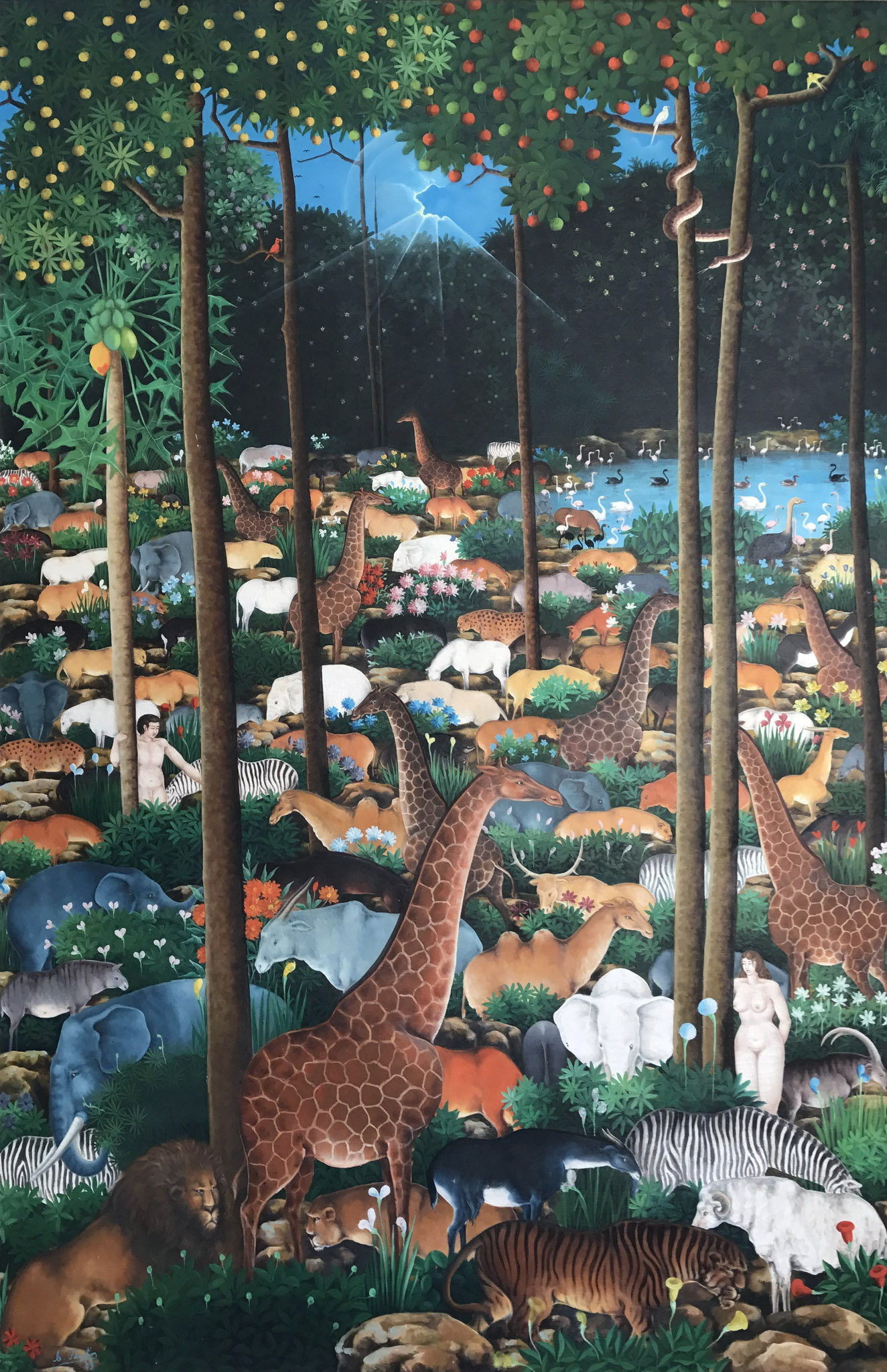 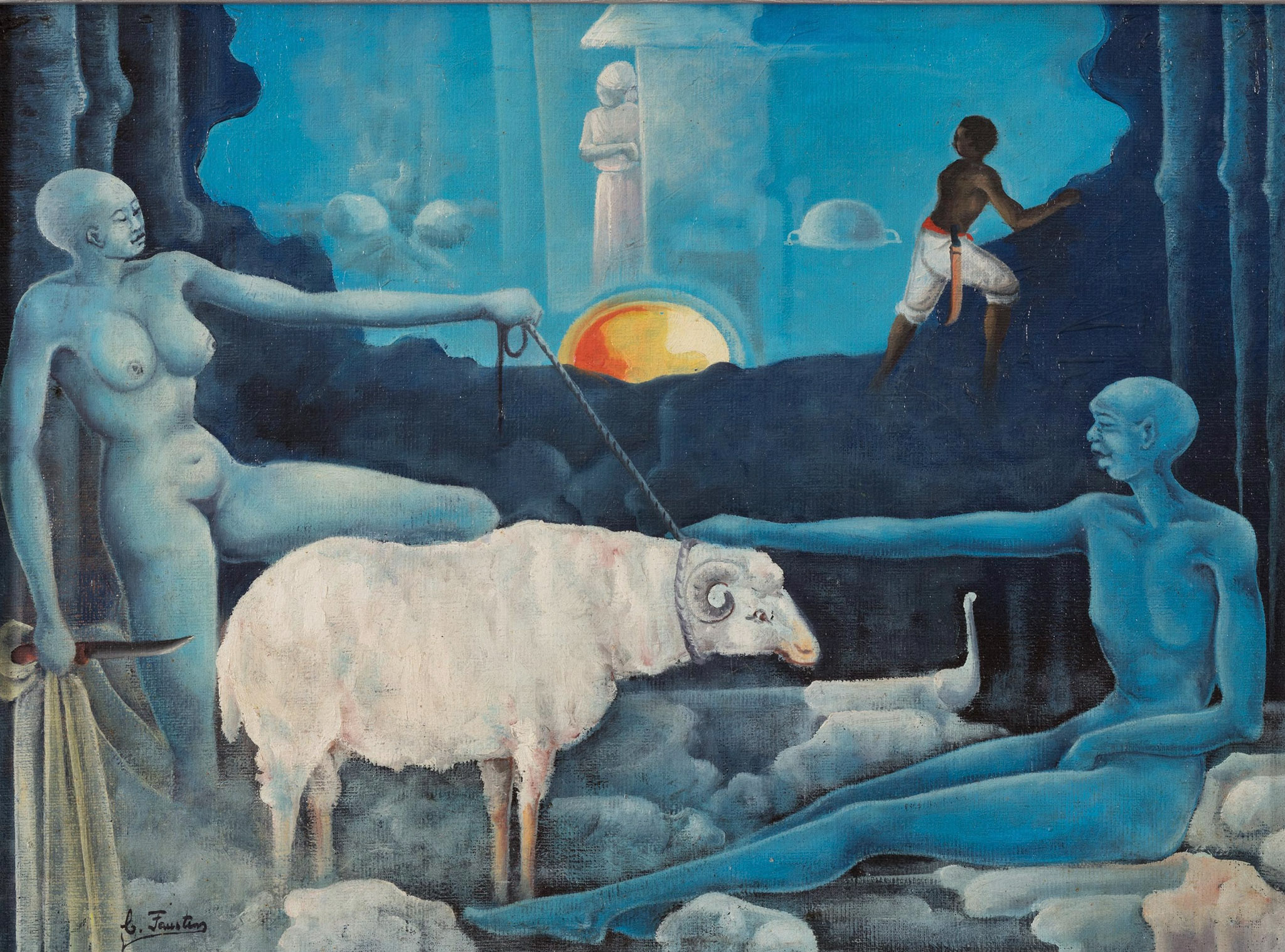 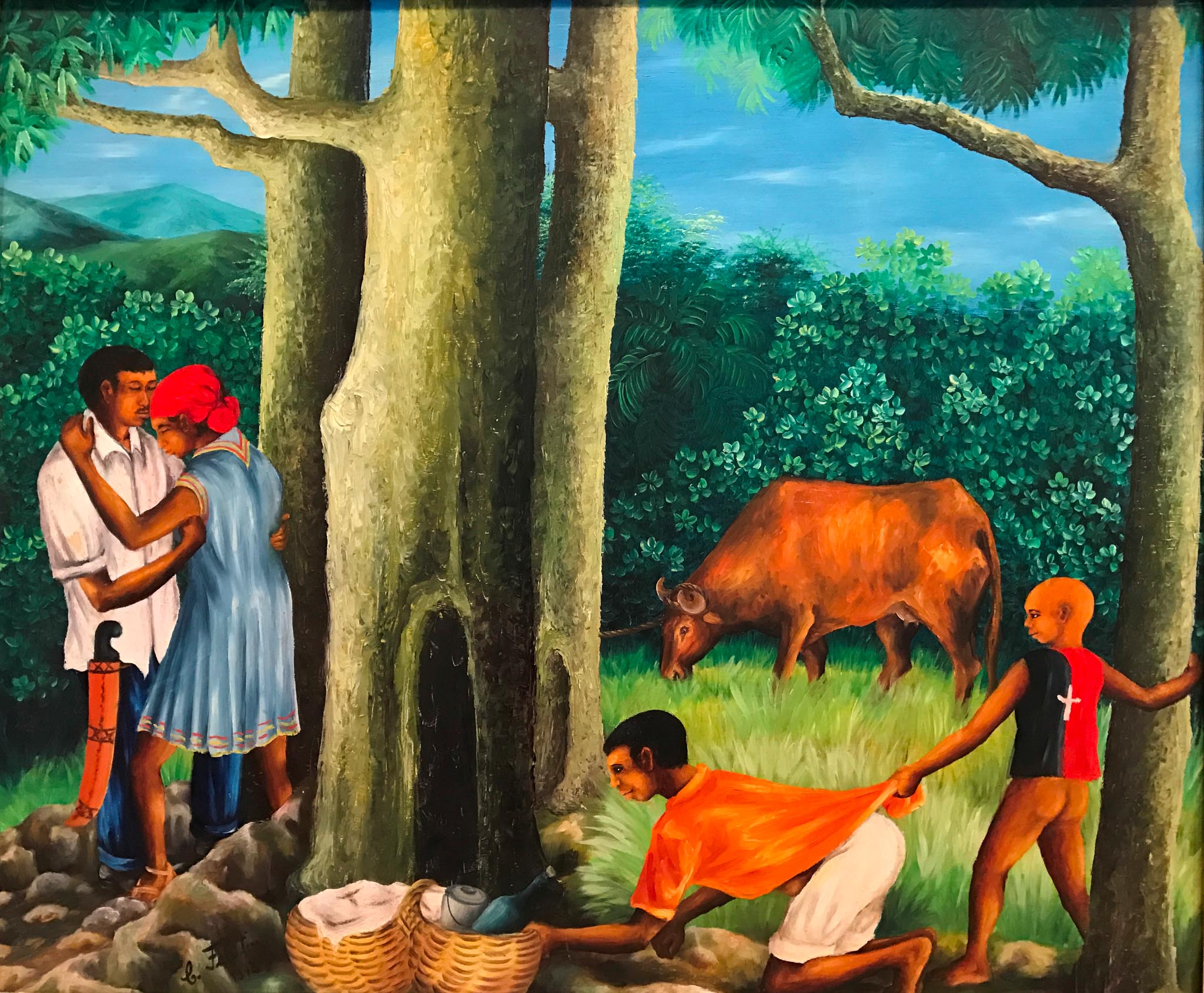 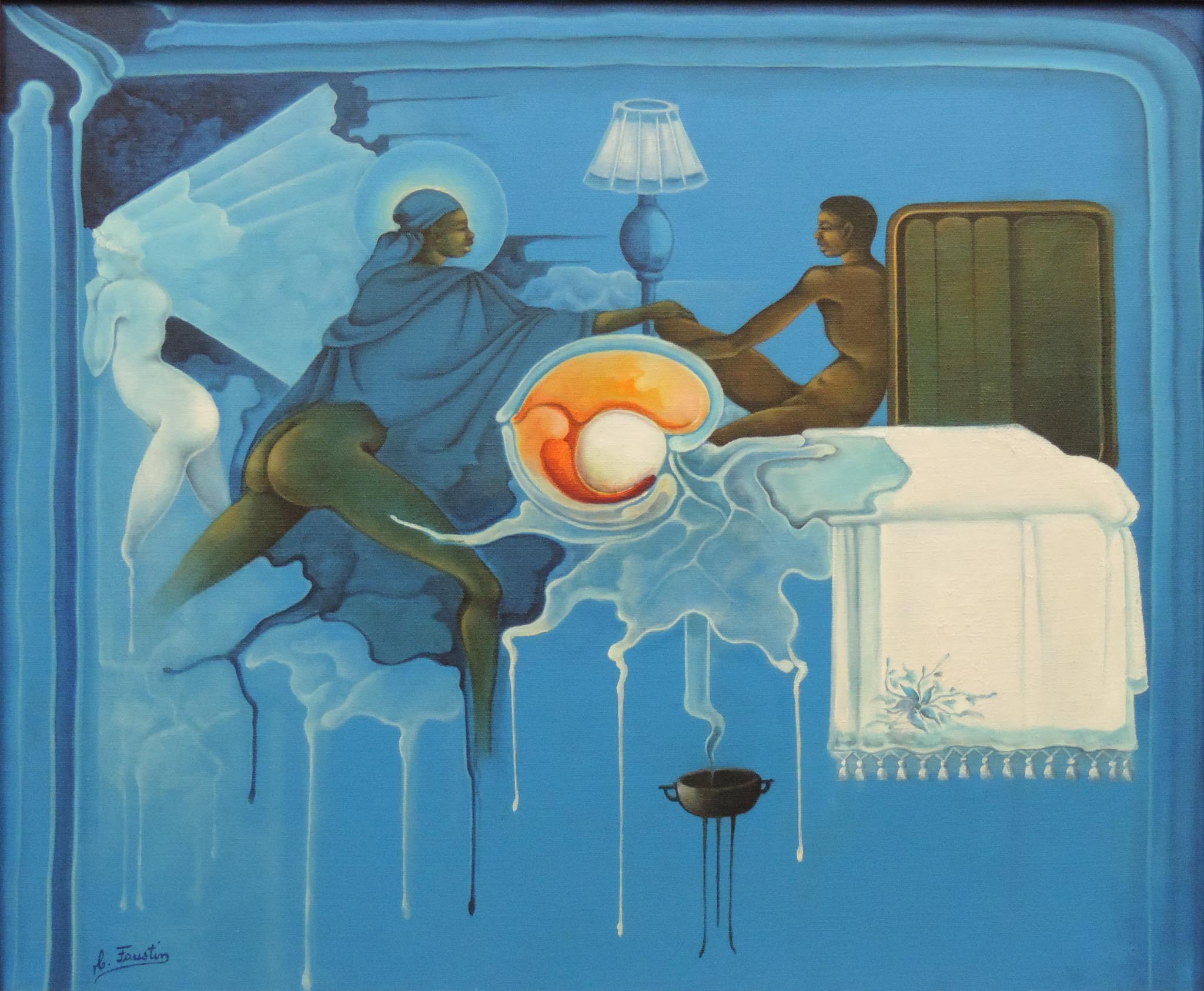