Wah began to draw at ten years of age and studied cerramics and sculpture at the Ceramics Center.  By seventeen, he was teaching decoration and sculpture there.  Around this time, he became interested in painting and music and composed songs as well as writing poetry.  In 1961, Wah was already a highly regarded painter, and the government gave him the task of restoring the artworks in public gardens and cultural centers.  He founded the state approved School of Plastic Arts.

In 1963, he created the Calfou Arts Center, which included poets, musicians, painters and playwrights.  As recipient of a scholarhsip from the French Institute, Wah left for France in 1965 and exhibited his work there on two occasions.  He settled in New York in 1966 in order to pursue his studies.  From 1967 to 1978 he exhibited in several countries, including the United States and Canada. 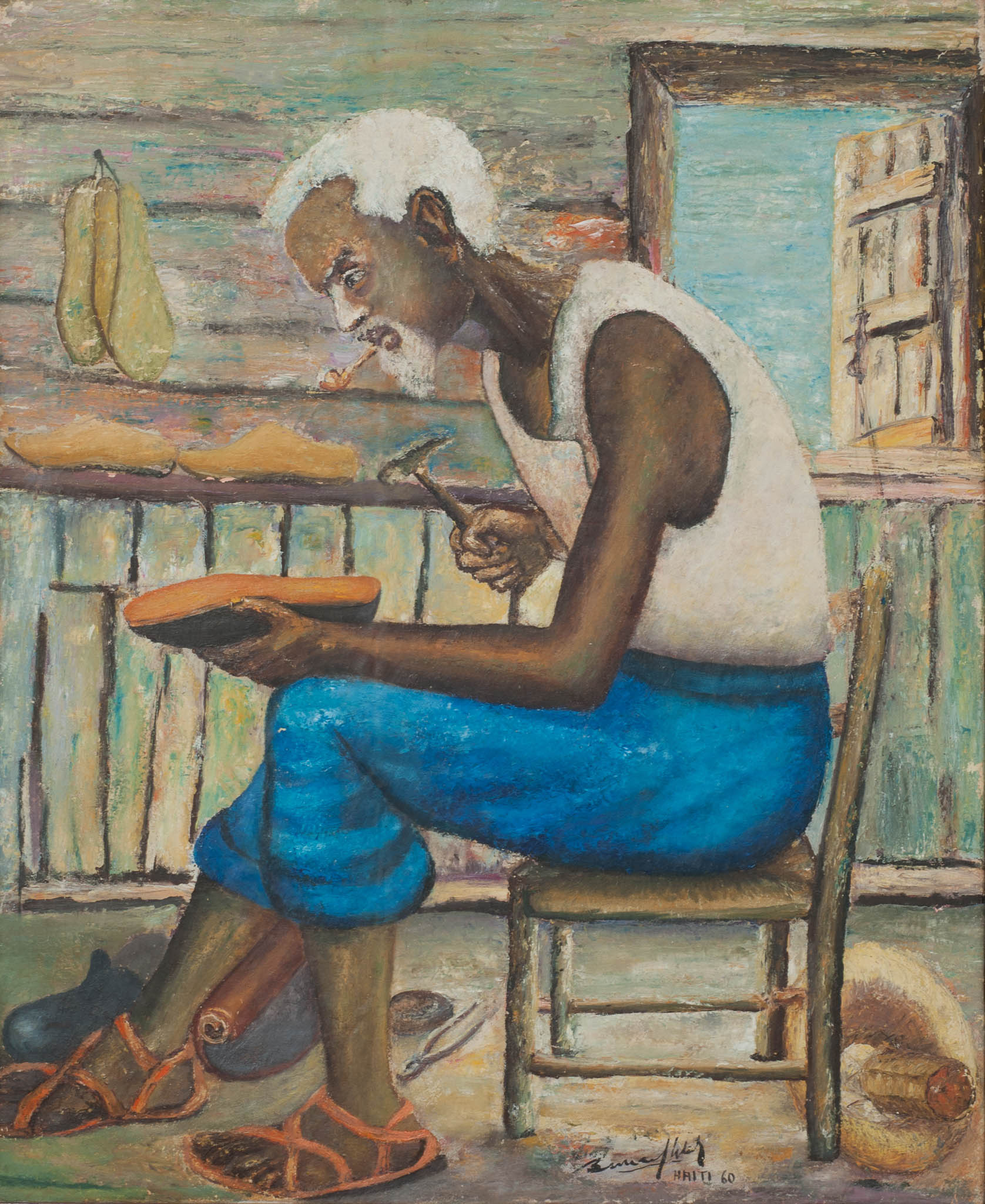