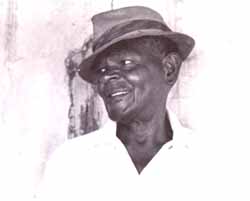 Pierre-Joseph was born around 1925 , he is not certain of the exact year but Borno was President of Haiti at the time. After working as a stonemason and a mechanic for many years, he was encouraged by his friend Prefete Duffaut and his half-brother, Gerard Valcin, to begin painting, and in the late 1960’s he joined the Centre d’Art. His paintings are renditions of events that happen every day in Haiti, like markets, vodou ceremonies, people taking naps or planting crops, sometimes rendered with a touch of the surreal but always possessed by a gentleness and humor that brings a soft feeling to the soul. His work has been exhibited internationally for years, including solo shows in Paris and Athens. Pierre -Joseph Valcin passed on in February 2000. 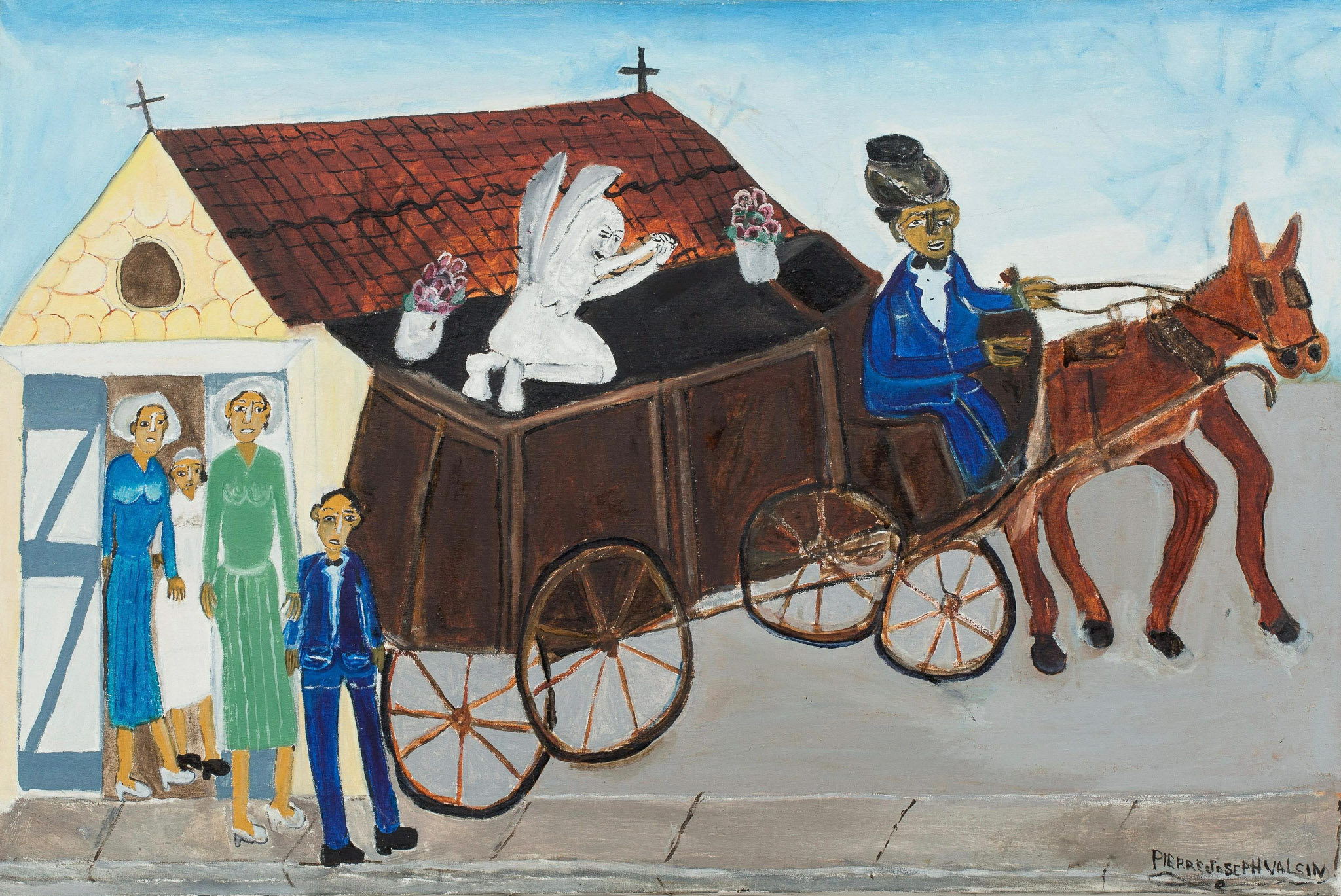 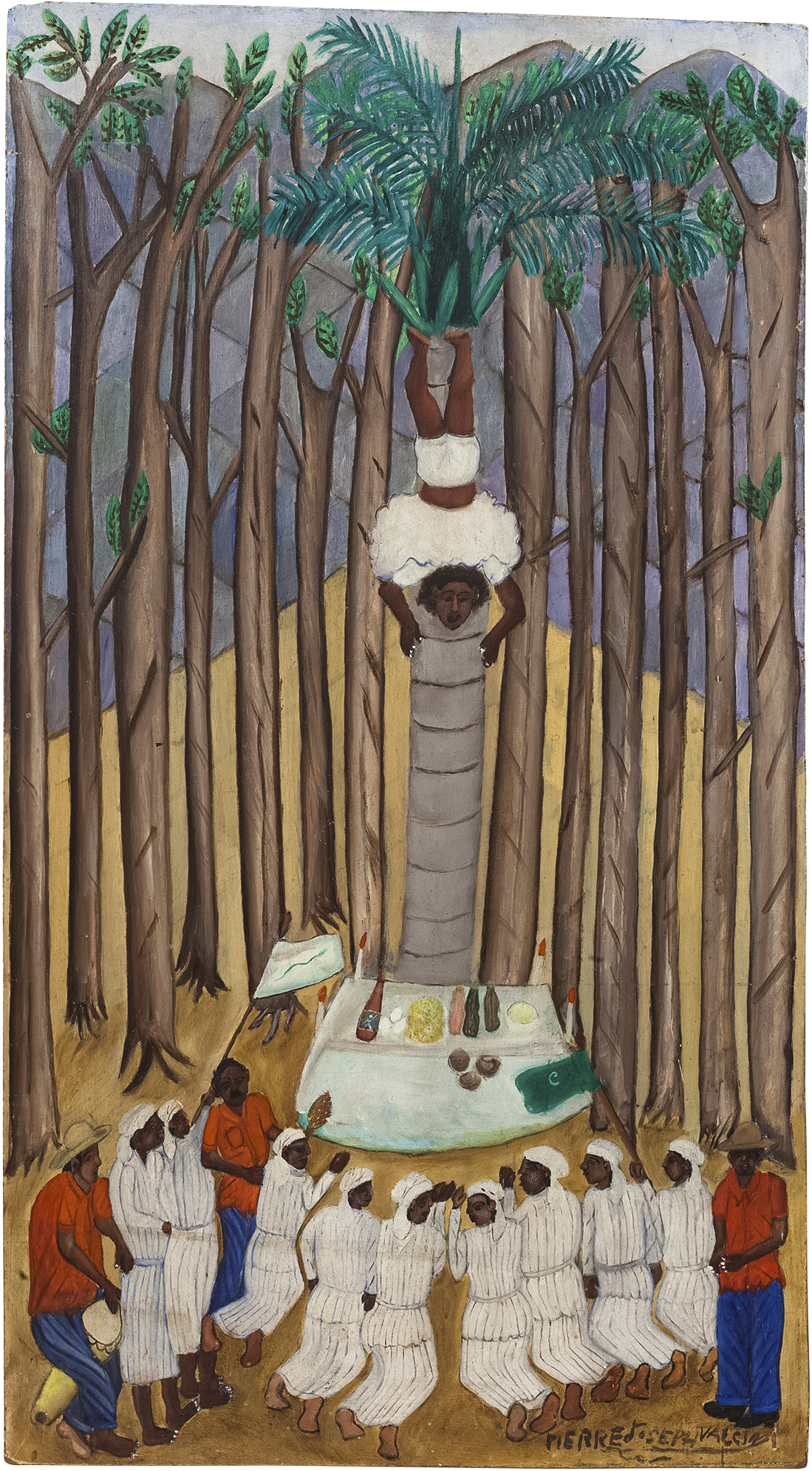 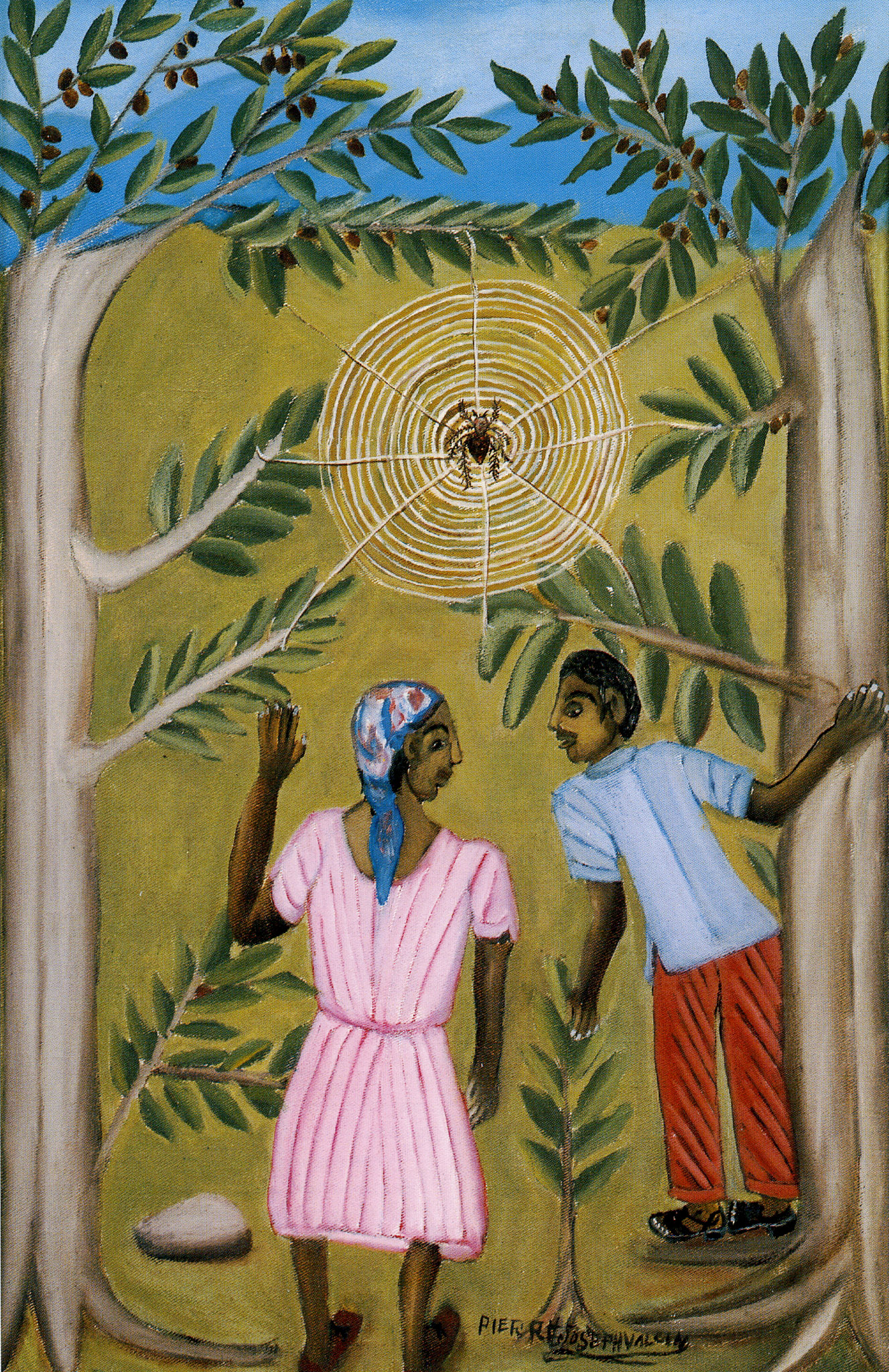 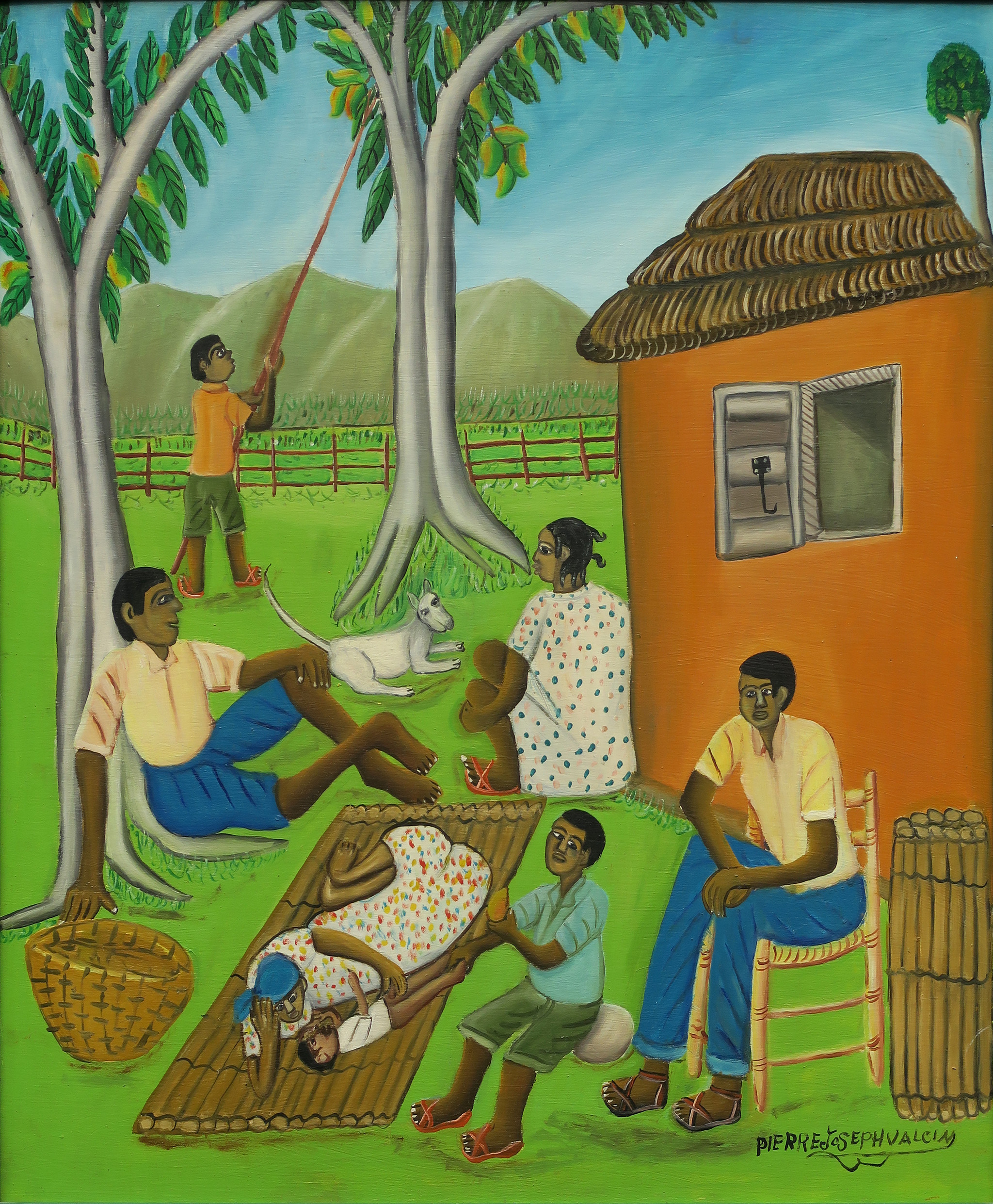 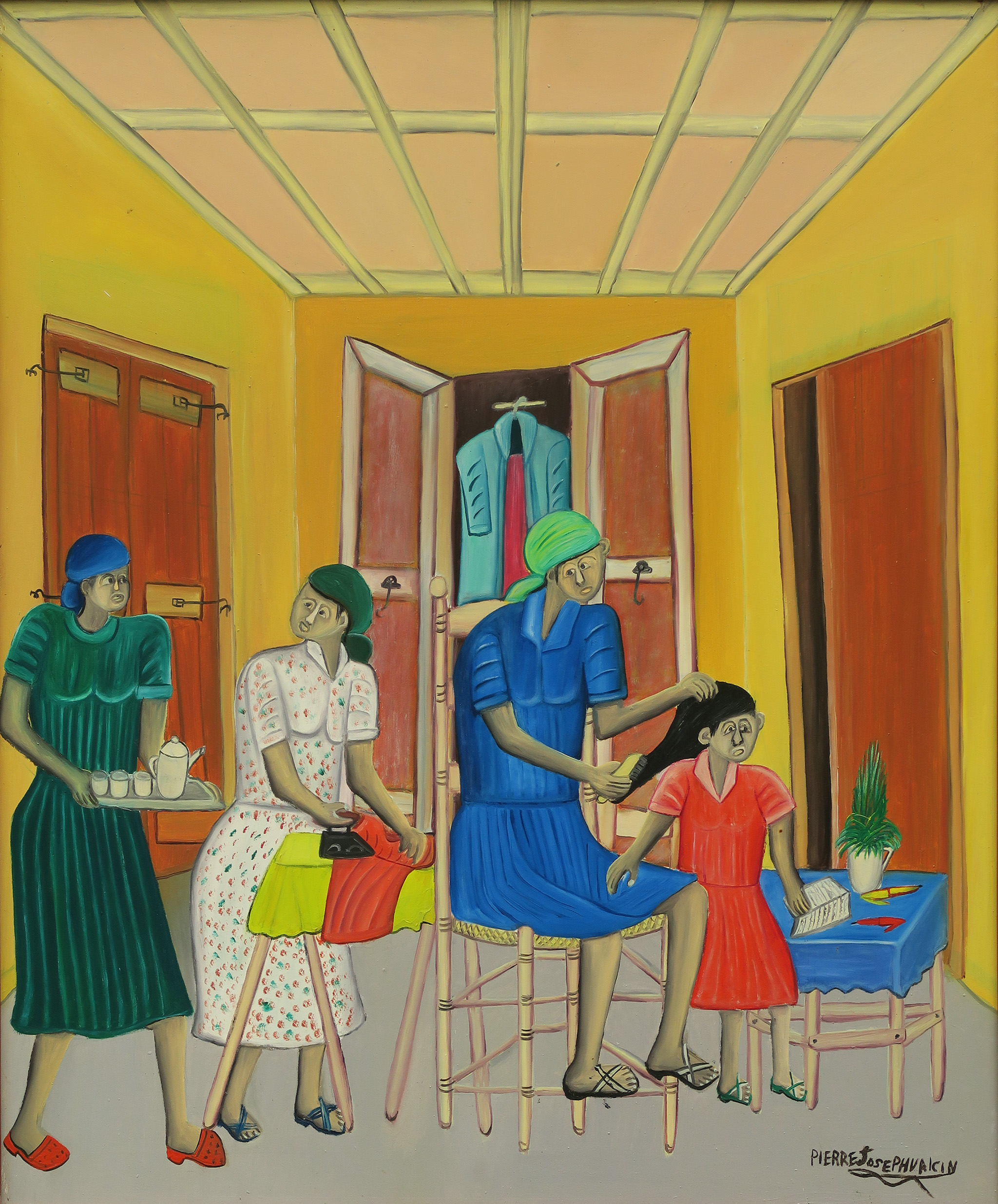 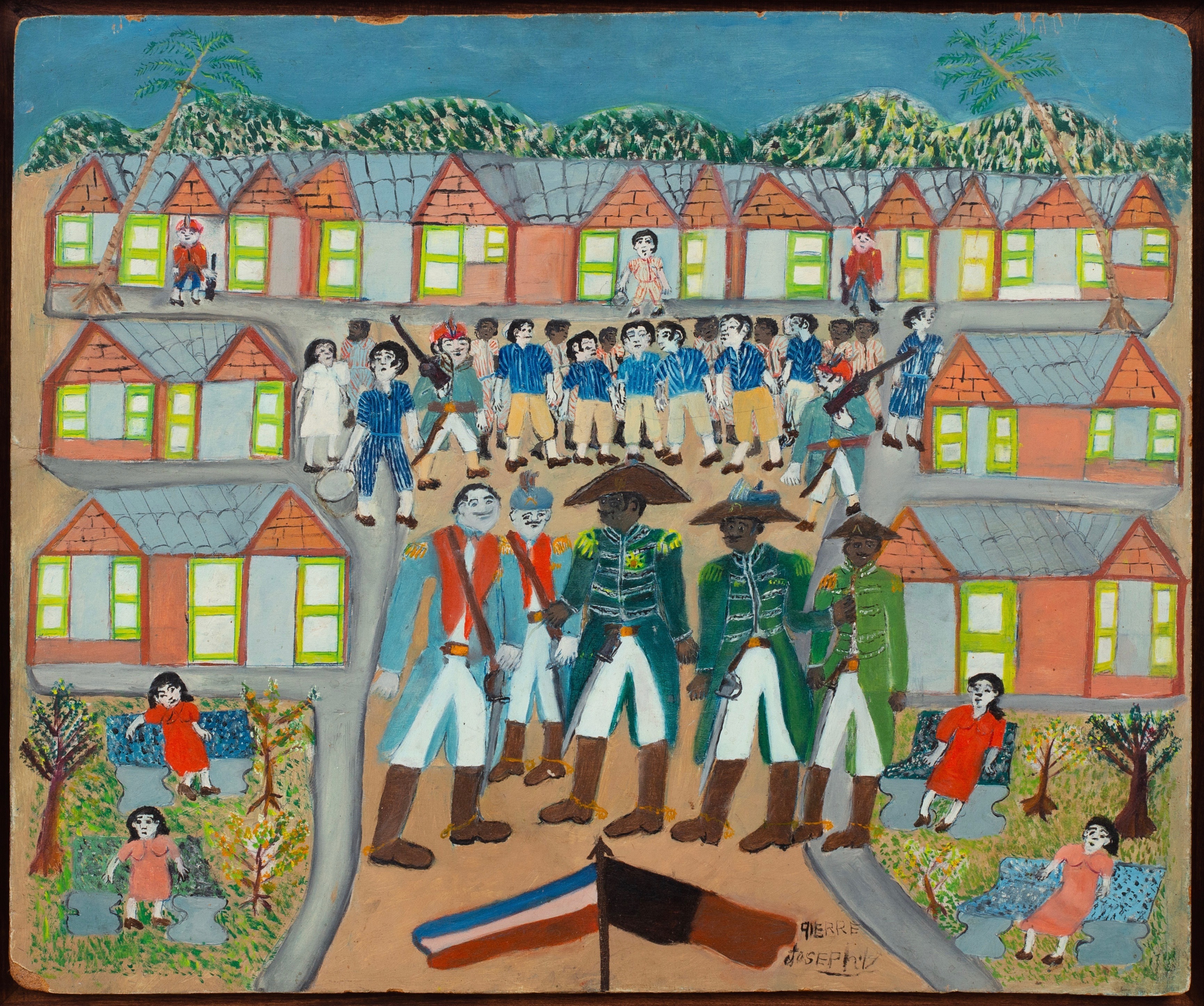 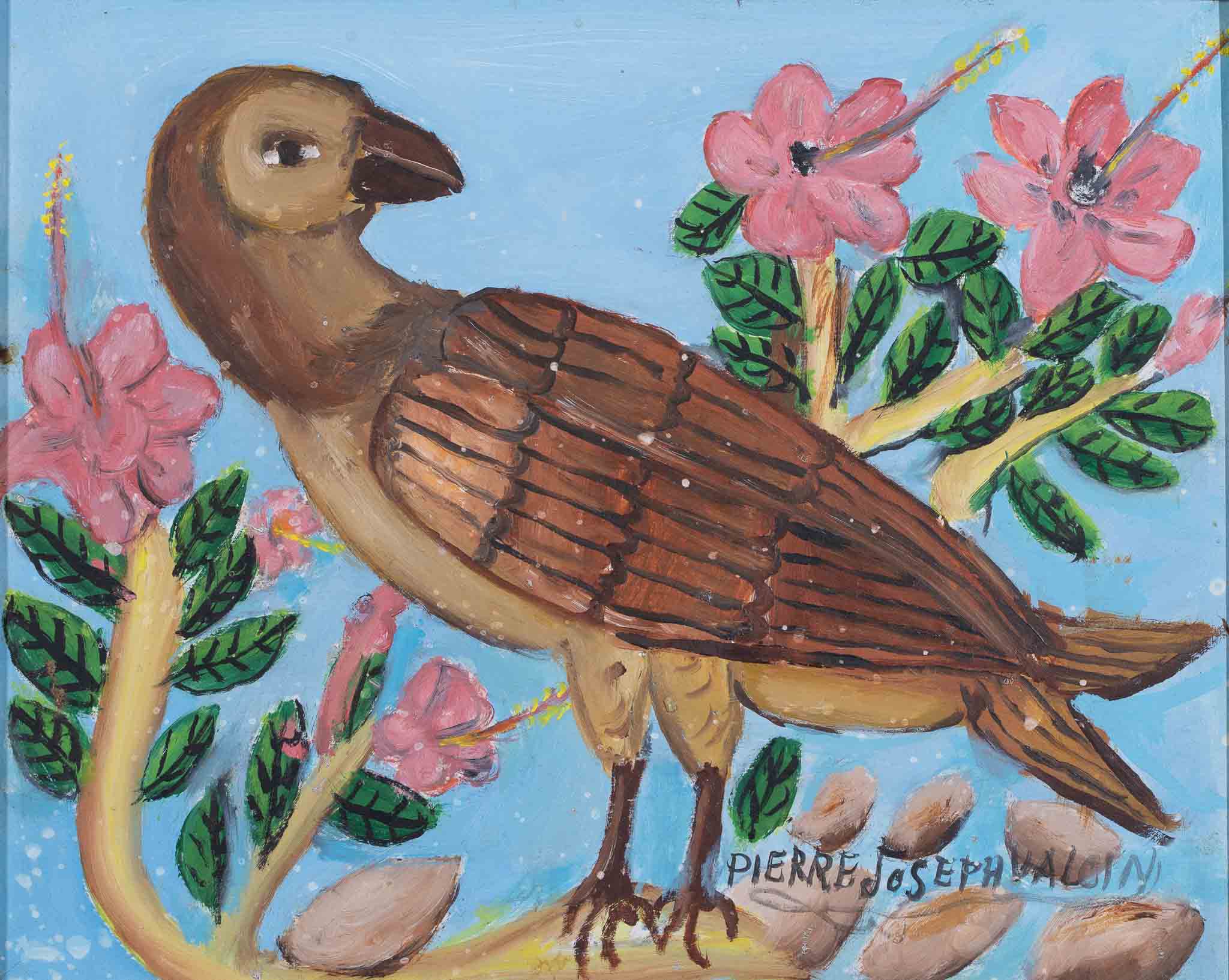 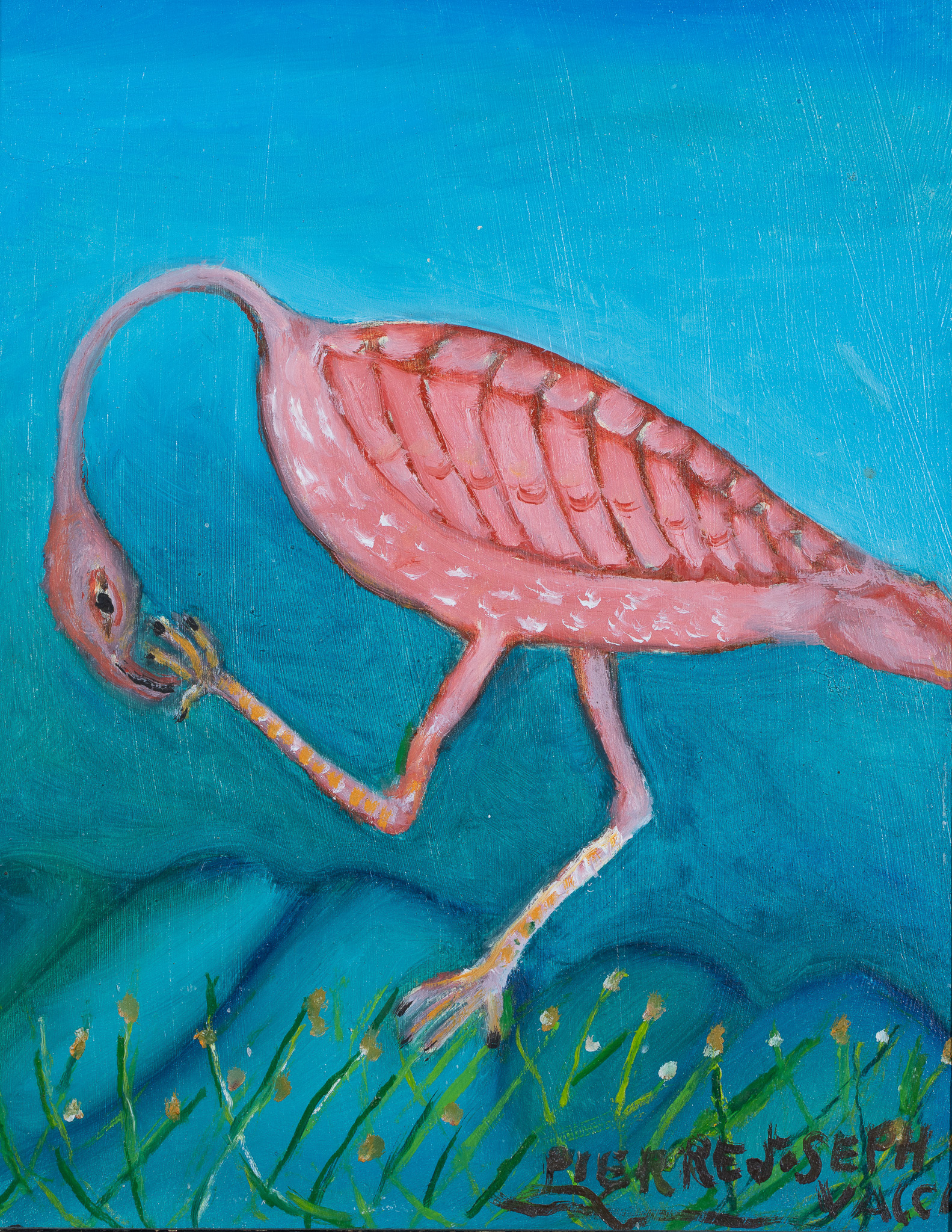 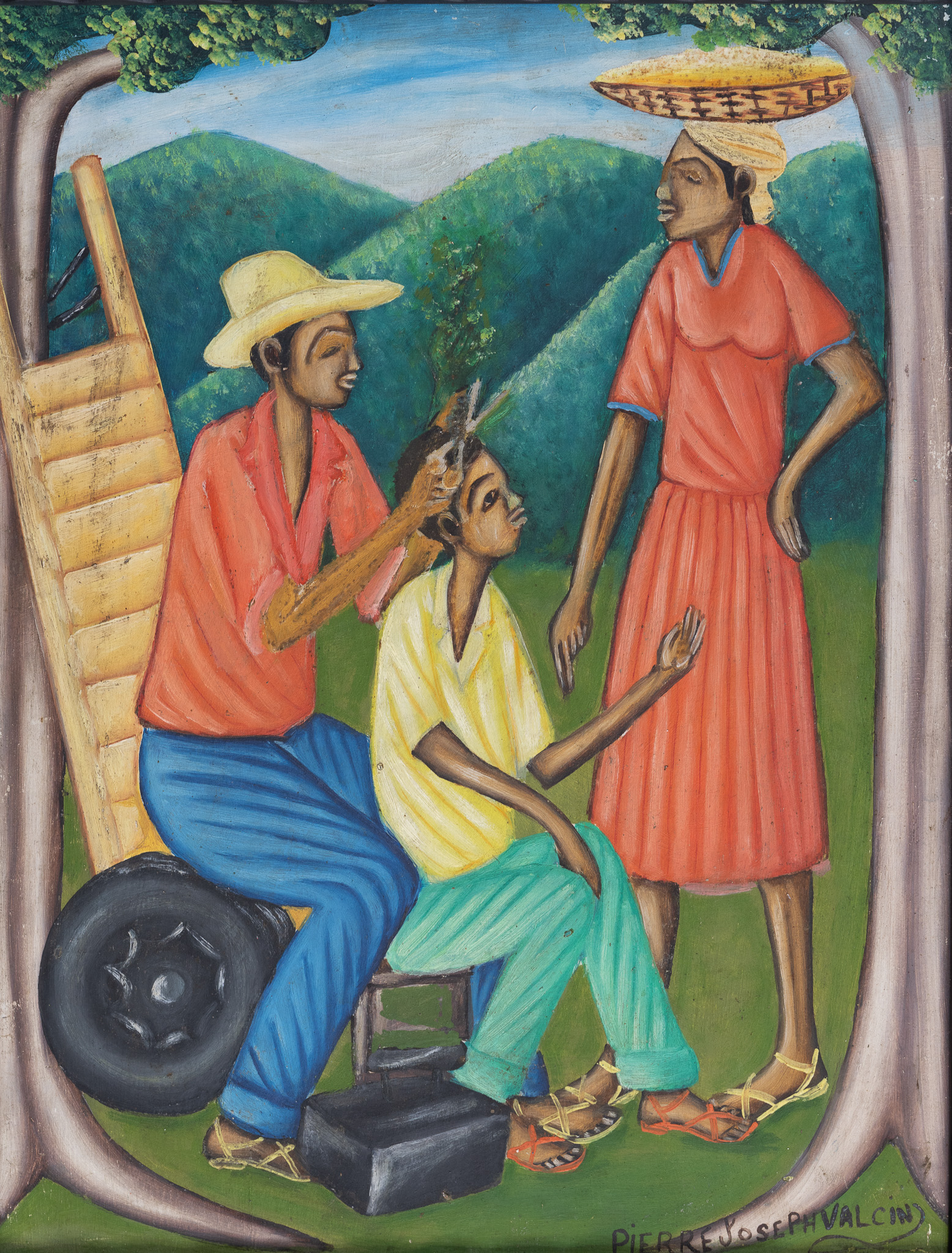 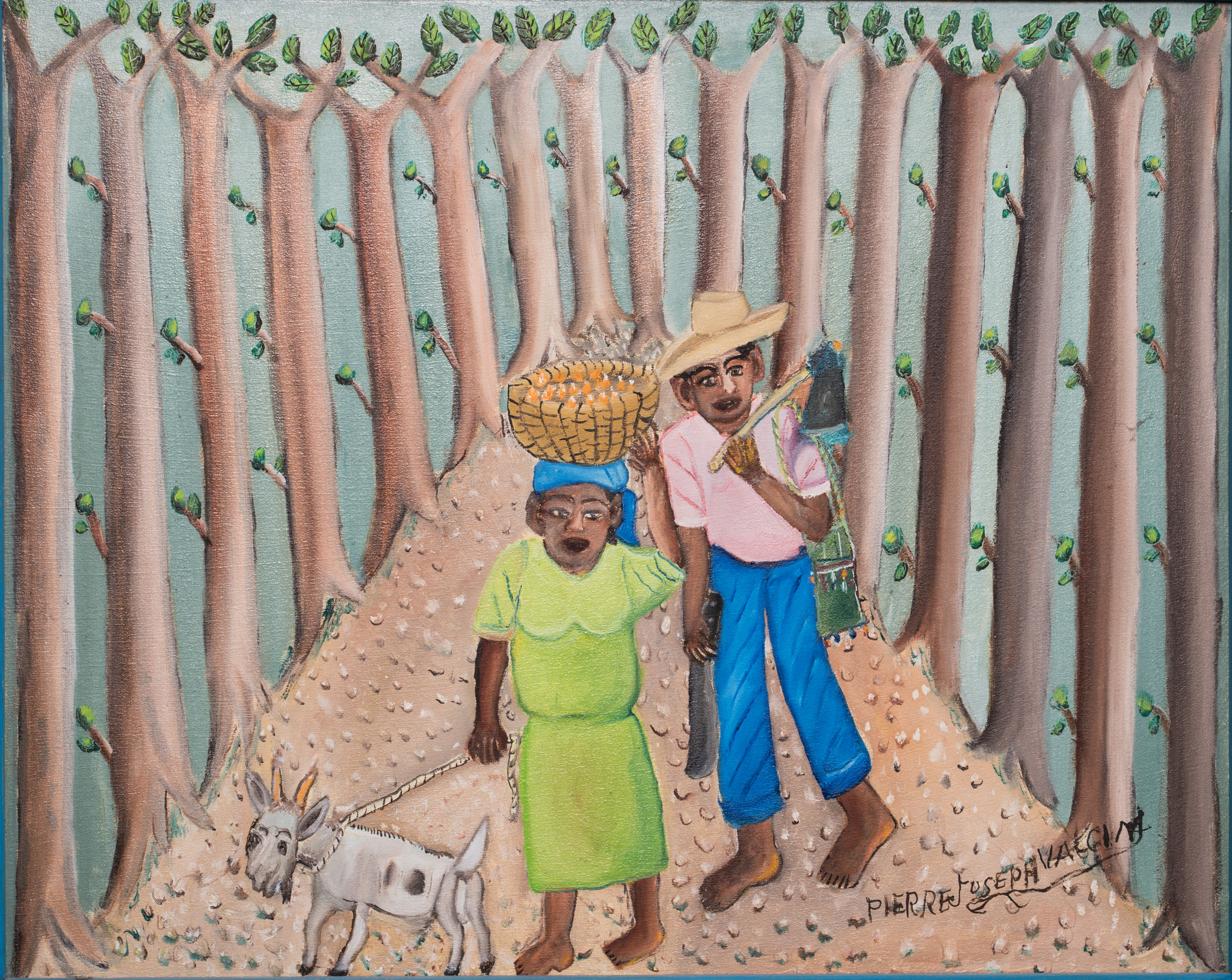