Luce Turnier was born on February 24, 1924 and died in Paris in 1995. In 1937 her family came to Port-au-Prince after the hurricane which ravaged the south of Haiti. She joined the Art Center in 1945 and exhibited for the first time in 1946, with Maurice Borno. She was granted several scholarships (Rockefeller Foundation, N.Y., 1967; French government, 1951; Haitian government, 1952). In 1953 her work was exhibited in Boon. Bremen and Hamburg. In 1954 she married the Italian painterEugenio Carpi de Resmini, with whom she has two children. Her second husband, the French painter Christian Lemesle, whom she married in 1965; has had a strong influence on her worth and technical development. After several exhibitions, she became interested in collage in 1967. Since her return to Haiti in 1972 she has become increasingly famous within the country and overseas. In 1978 she exhibited at the French Institute of Haiti and participated in various exhibits of women painters. (Biographical source: Marie-José Nadal & Gérald Bloncourt, 1986, La Peinture Haitienne/ Haitian Arts, Editions Nathan, Paris). 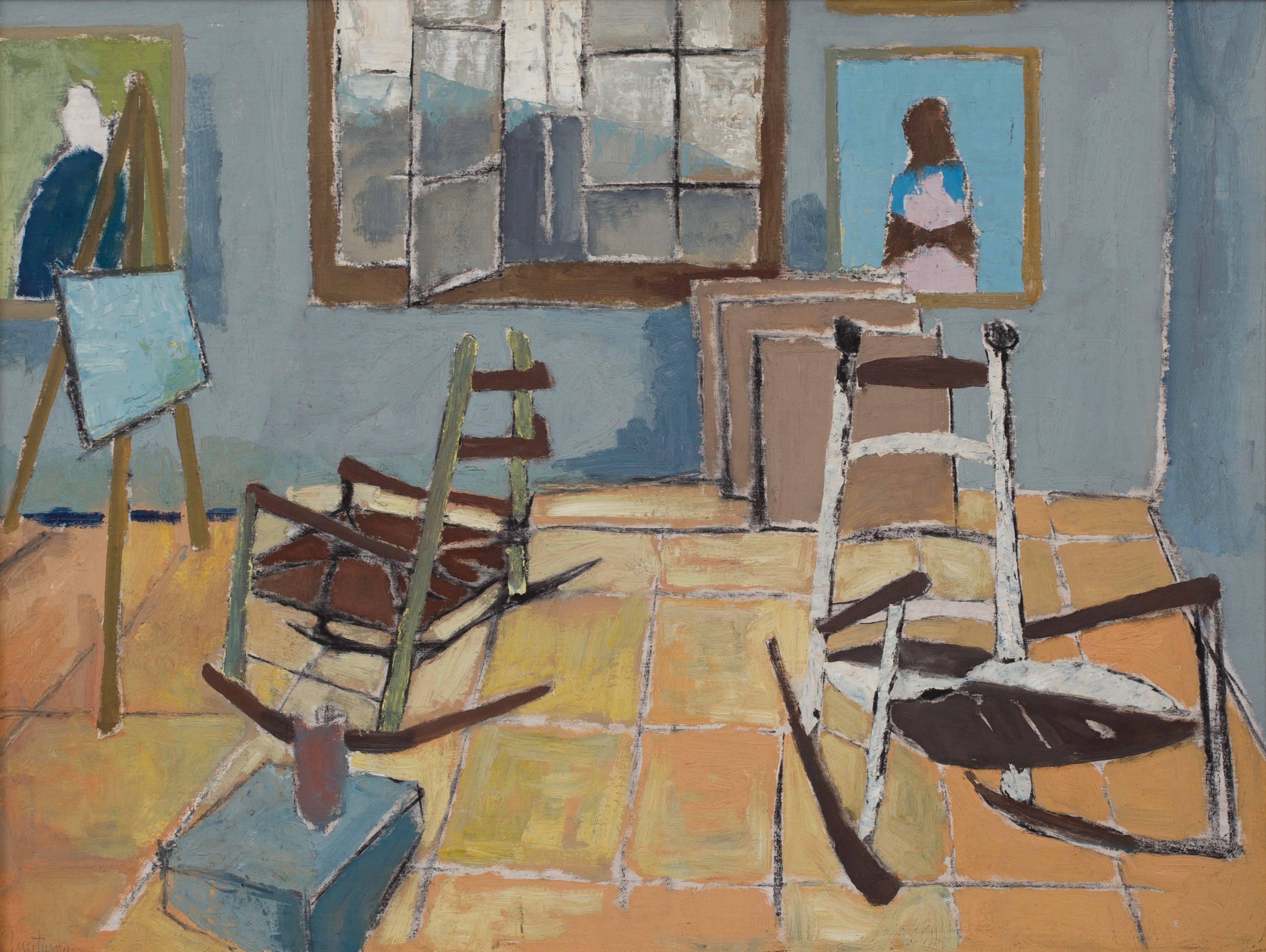 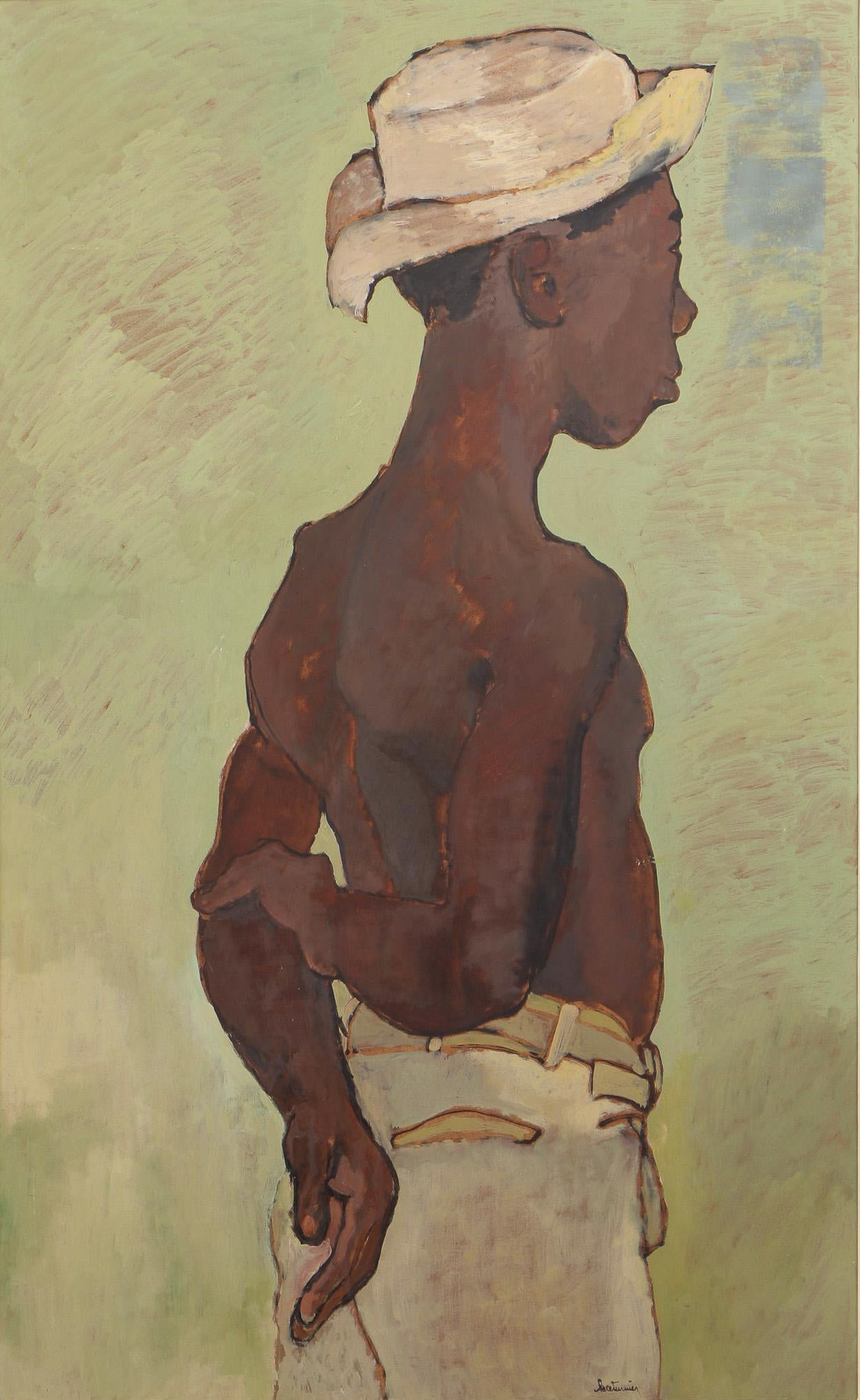 Untitled (Portrait of a Man), n.d. 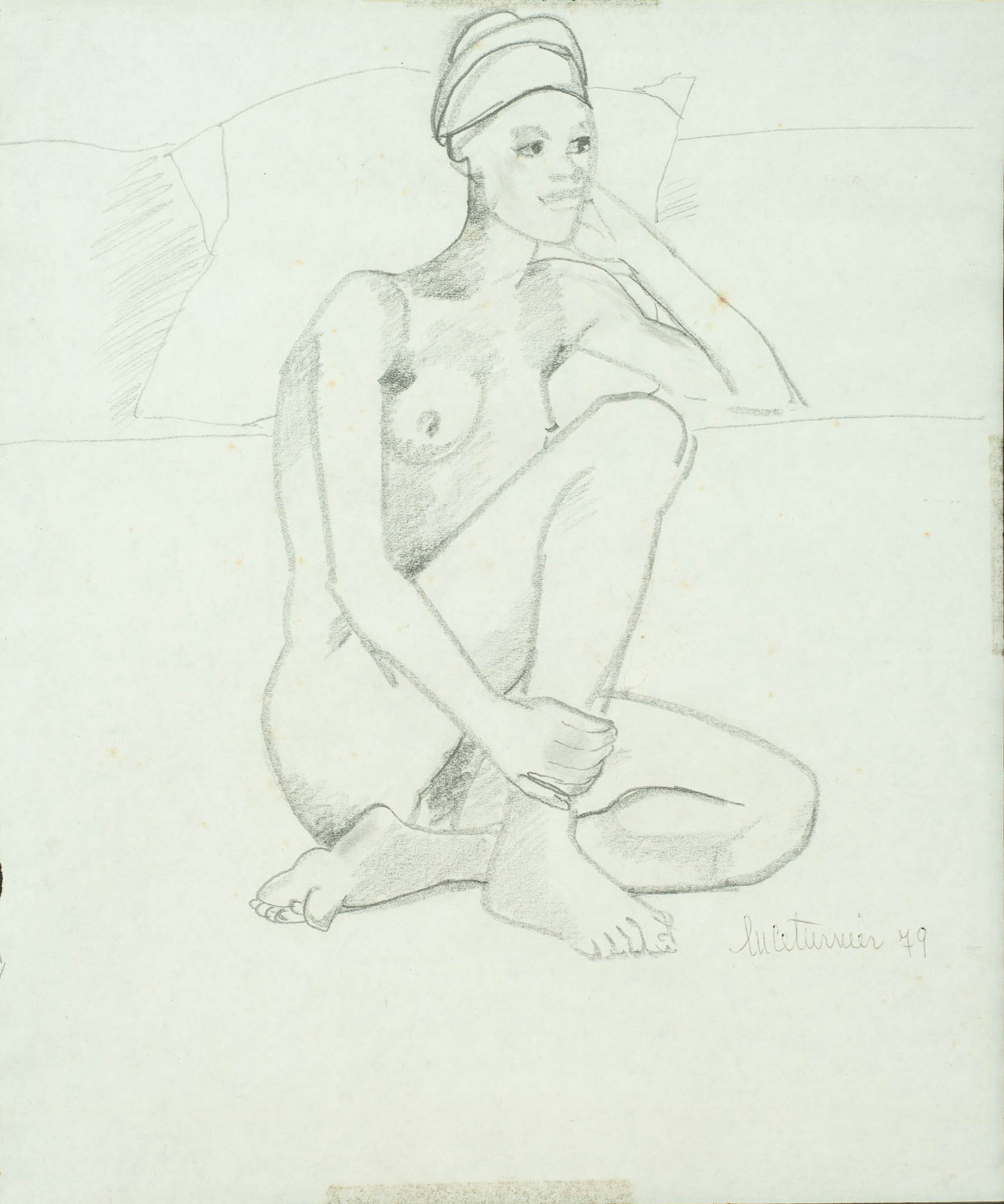 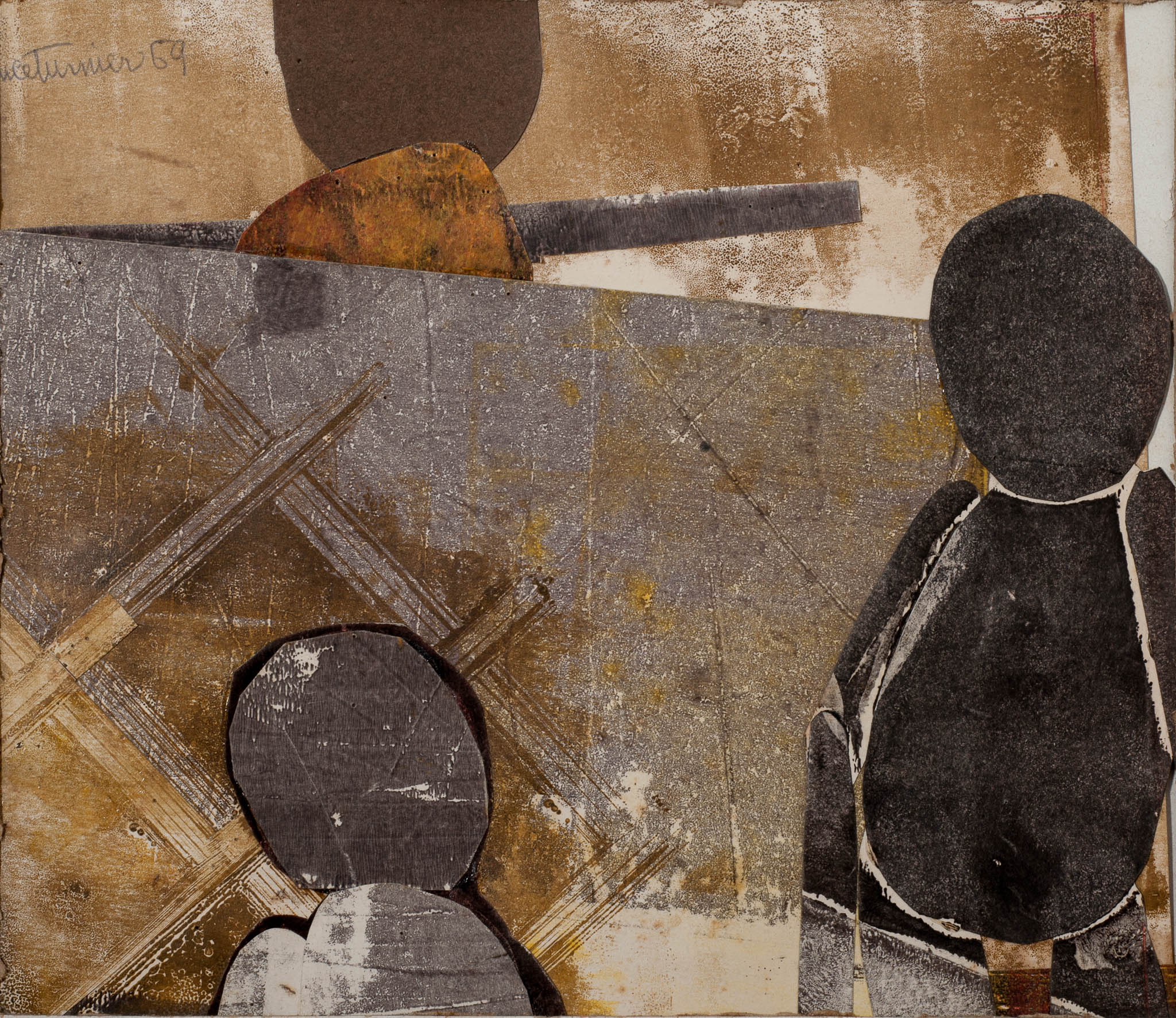