Wilfrid Teleon was born in Cap Haitien in 1958. At the age of nine, he lost his right arm when he was pinned against a wall by a runaway truck. Many of the people in his paintings have one or both arms outstretched and sometimes there is a one -armed male in the scene. He began painting in 1980 when he joined the the art co-op "Arc-en-Ciel", which was founded by the painters Laetitia Schutt and Max Gerbier. 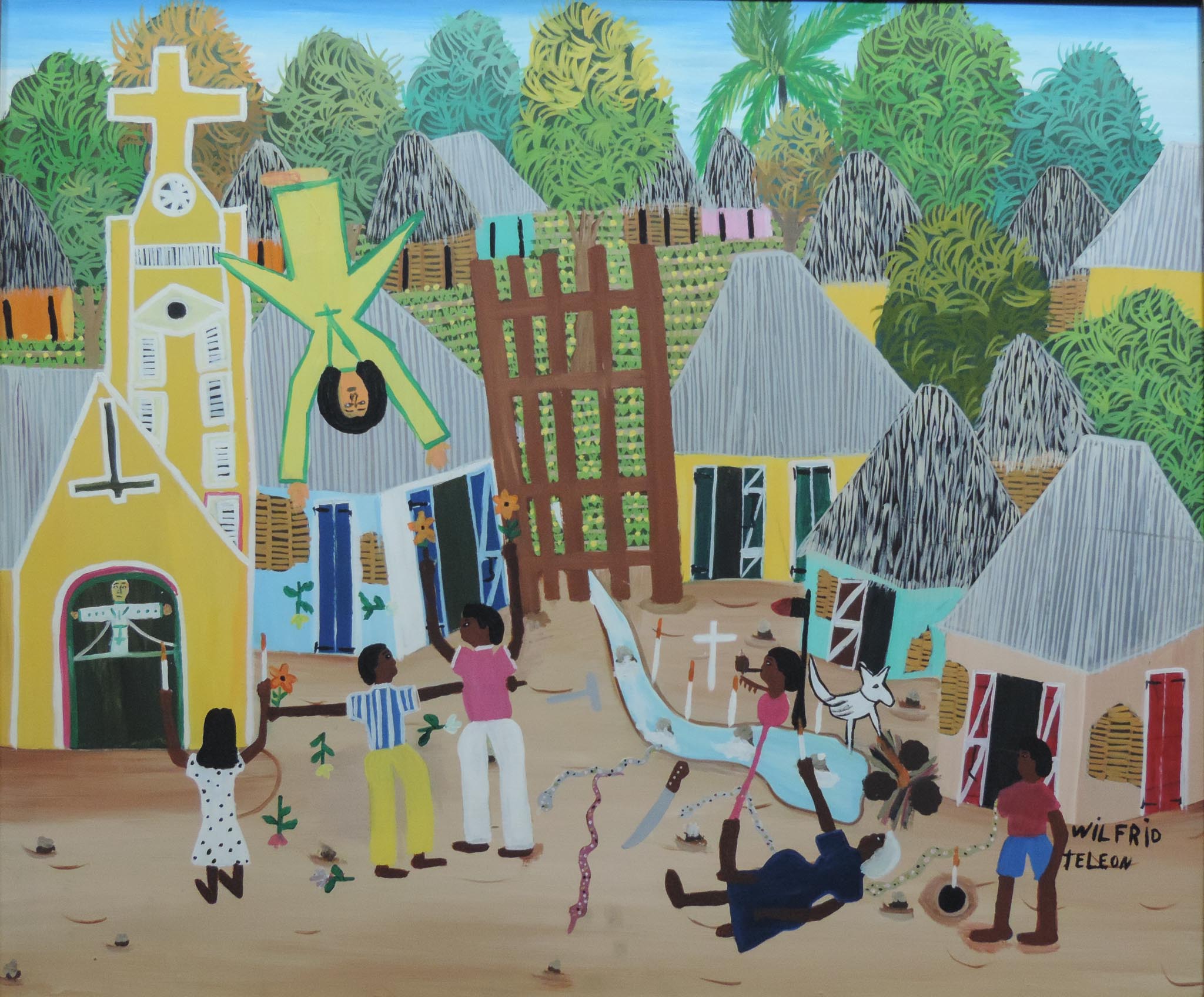