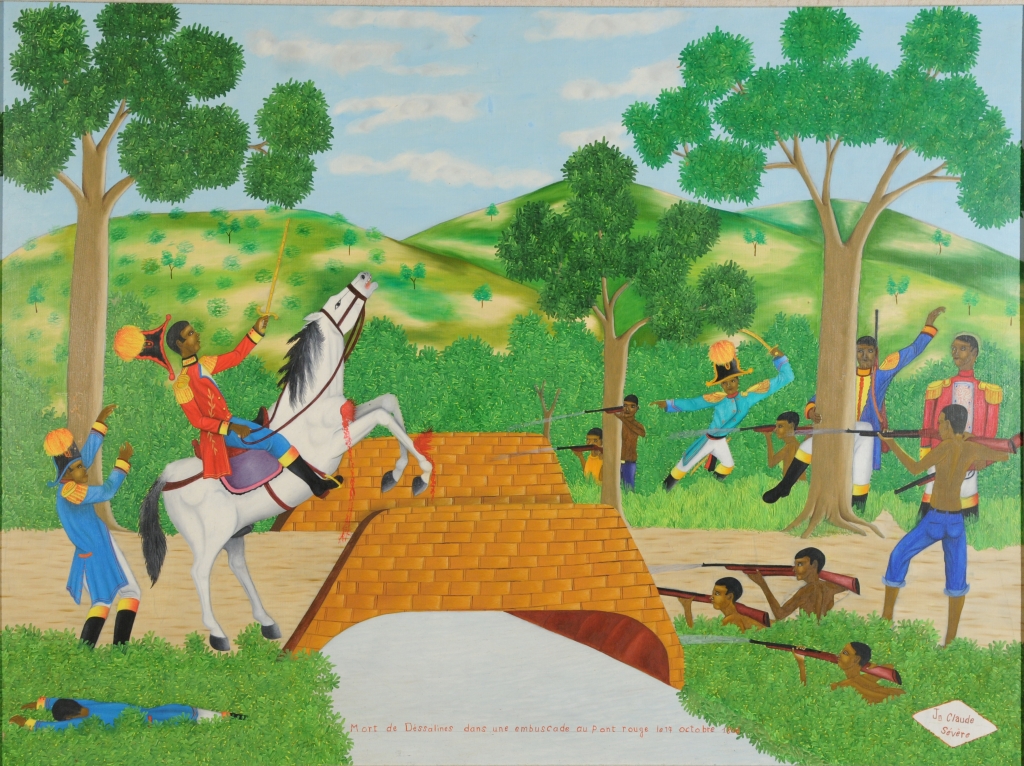 Death of Dessalines in an Ambush at Point Rouge [Jean-Jacques Dessalines (1758-1806), leader of the Haitian Revolution and first ruler of independent Haiti]


Jean-Claude Severe was born In Cap Haitien in the 50's and was a disciple of Philome Obin. According to Issa el Saieh, Philome thought of Severe as a son. He is certainly one of his most talented students. Severe decided in the late 1970's to forsake painting in favor of the steady pay check; he has worked as a waiter on cruise ships for the last twenty years. His paintings are scarce. 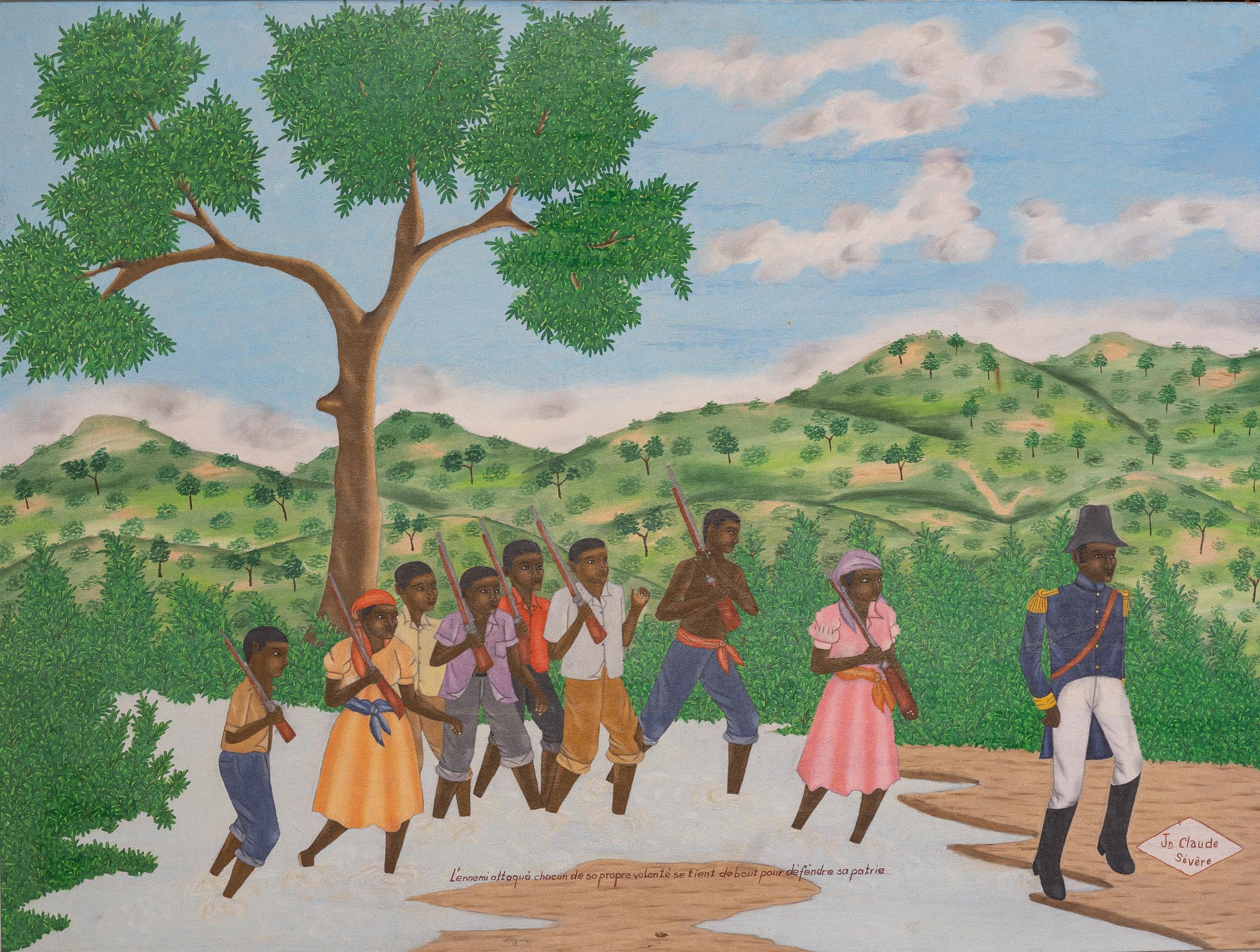 Each of his own will stands up to defend his homeland, 1970s

Death of Dessalines in an Ambush at Pont Rouge