Andre Saturne was born in 1926 and died in 1983 in Haiti. He joined the Centre d'Art between the years of 1956 and 1959, after which he went to the US, where he has remained for a long tim. His art was greatly influenced by the work of the Haitian masters: J.E Gourgue, Andre Normil, and Jasmin Joseph. He exhibited in Haiti and the USA. Among his collectors was the famous American filmmaker and producer, Jonathan Demme, a fervent collector of Haitian Art. 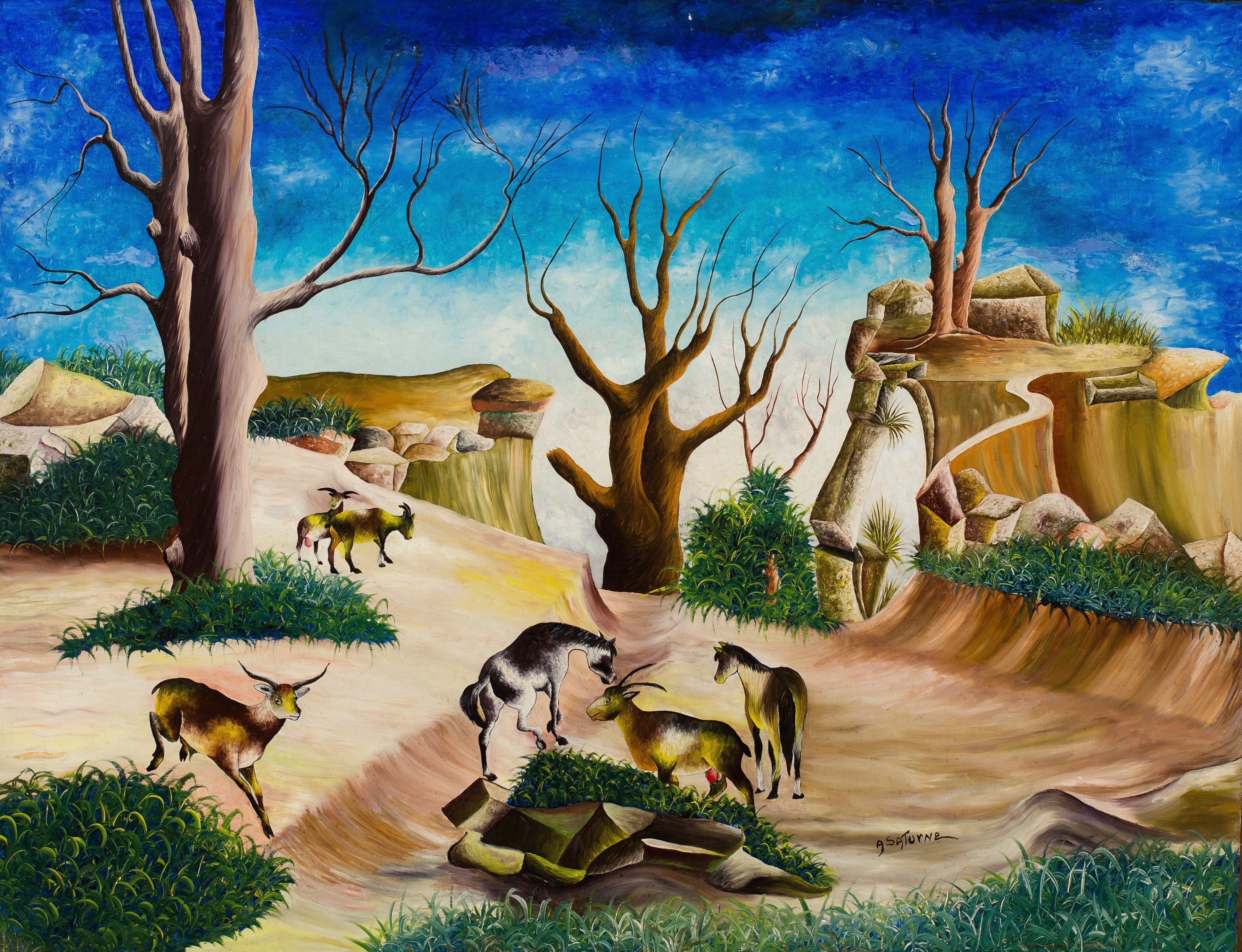