Camy Rocher was born in Baraderes, Haiti in 1959. In 1970, he accompanied his sister to Port-au-Prince and decided to stay. He took a job as assistant to the framer at the Galerie Monnin and was inspired by the paintings that he saw and was encouraged by the painter Calixte Henri, who supplied him with brushes and paints. In 1978 he was included in the show, " Five Vodou Artists" at the Institute Francais in Port-au-Prince. In early 1981 while preparing a solo show for the Galerie Monnin, a show that would be comprised of portraits of Vodou Loa, Rocher, a devout vodouiste, told Michel Monnin that he was having difficulty with the representations of the sea loa Agoue, and his consort, La Siren, and he wondered if Agoue was displeased with him. At that time, Camy lived near the sea in the urban sprawl of the Carrefour neighborhood of Port-au-Prince. While swimming there one morning, he disappeared under the water. His drowned body was recovered the next day by Michel Monnin who had gone to the scene to pay his respects to the family. Camy Rocher was 21 years old at the time of his death. 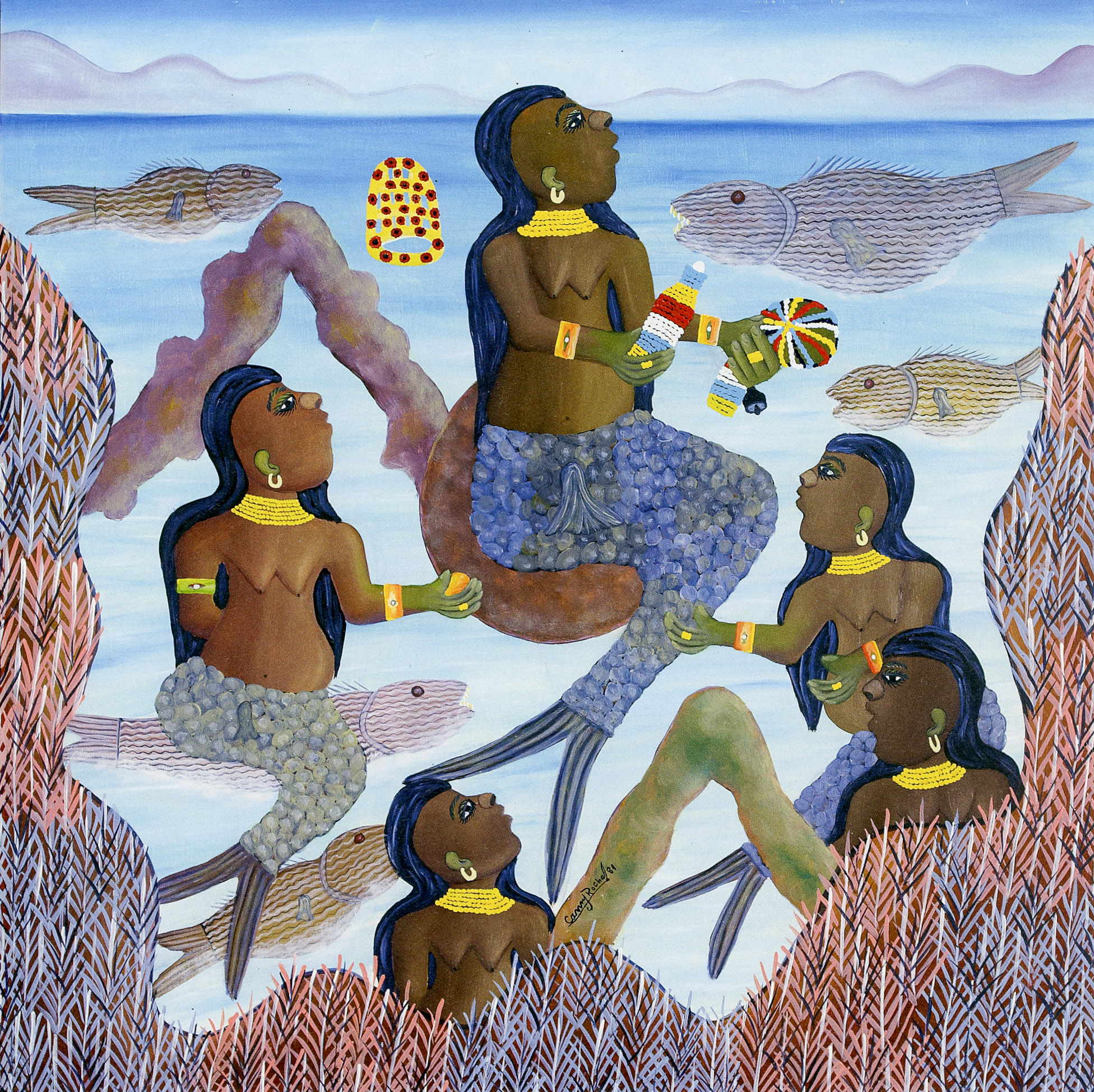 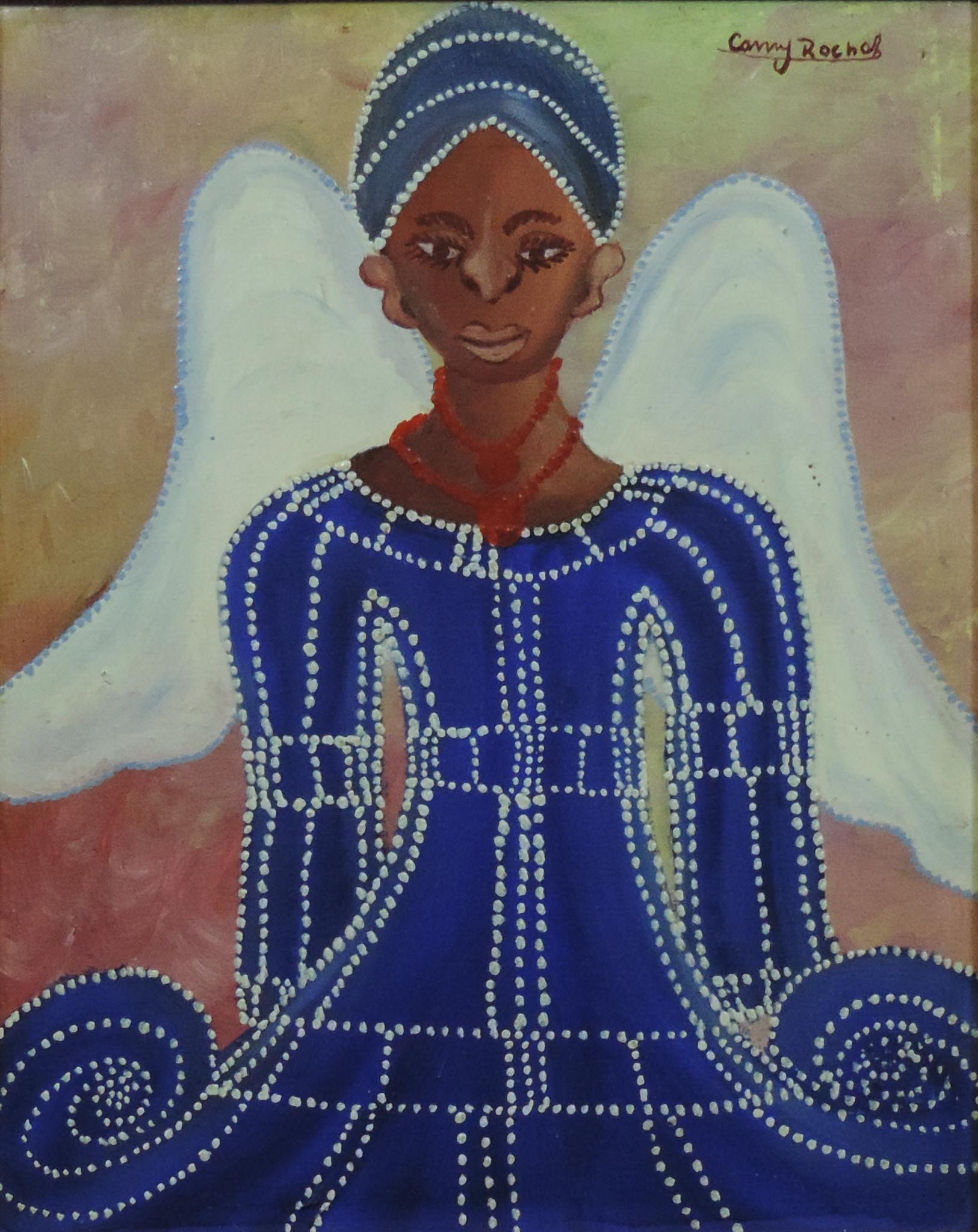