According to Michele Grandjean's book, Artistes en Haiti, Pierre Louis Riche was born in Cap Haitien on October 19, 1954, into a family of farmers. He completed secondary school up to "philo" class. At the age of 20 he began to paint, in the atelier of the grandmaster of the North, Philome Obin. For almost twenty years, Riche painted historic subjects, then he turned to his present preferred subject matter , "Les Grosses Patates", the big potatoes. He says that it cheers him to see people who are obese, although he, himself prefers to stay "thin and sexy". He claims also to have never in his life seen a painting by Botero, whom he is sometimes accused of imitating. Riche's work is finely executed and richly colored.  Riche lives in Port-au-Prince with his wife, a hairdresser, and their five children. 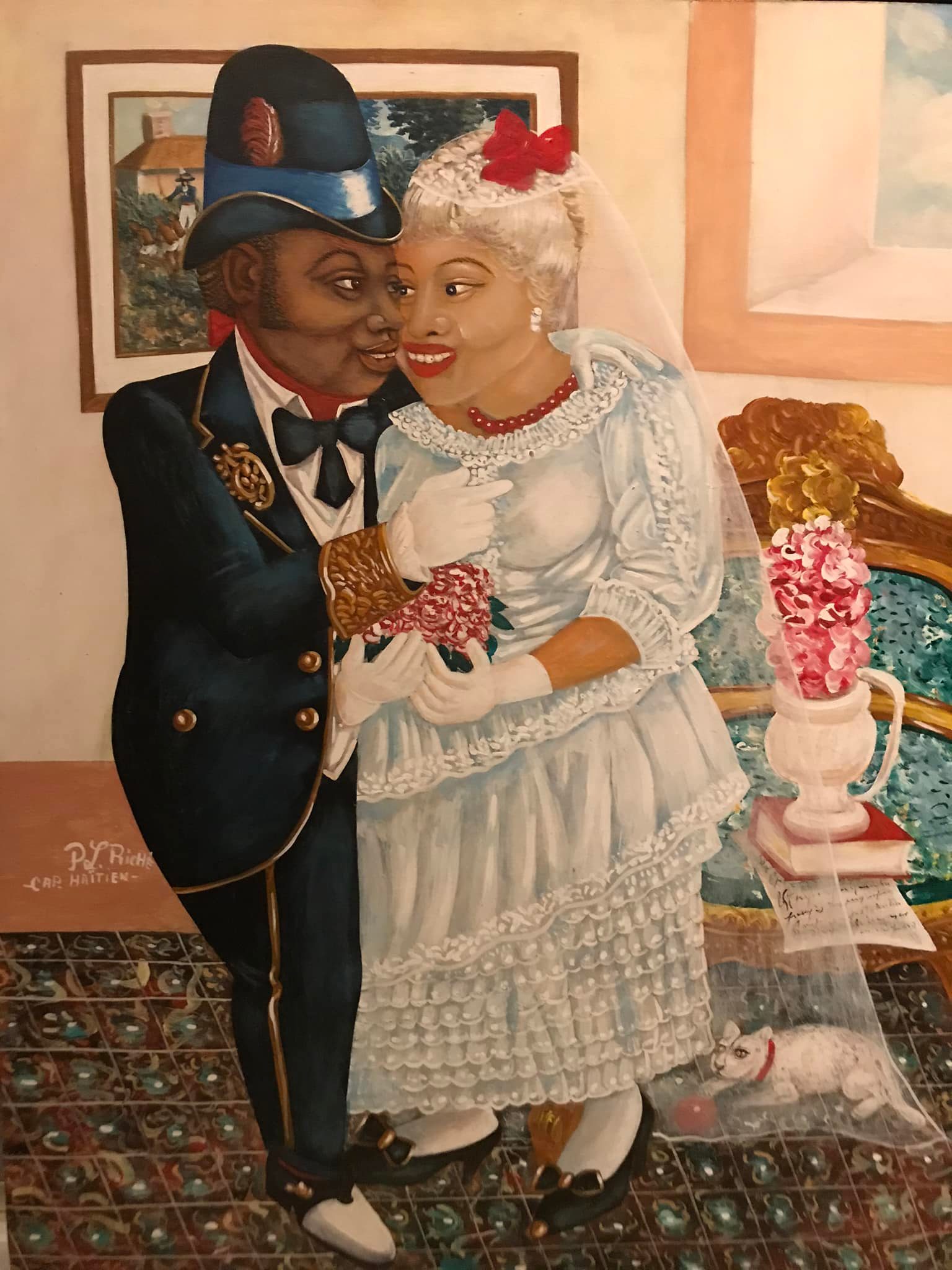 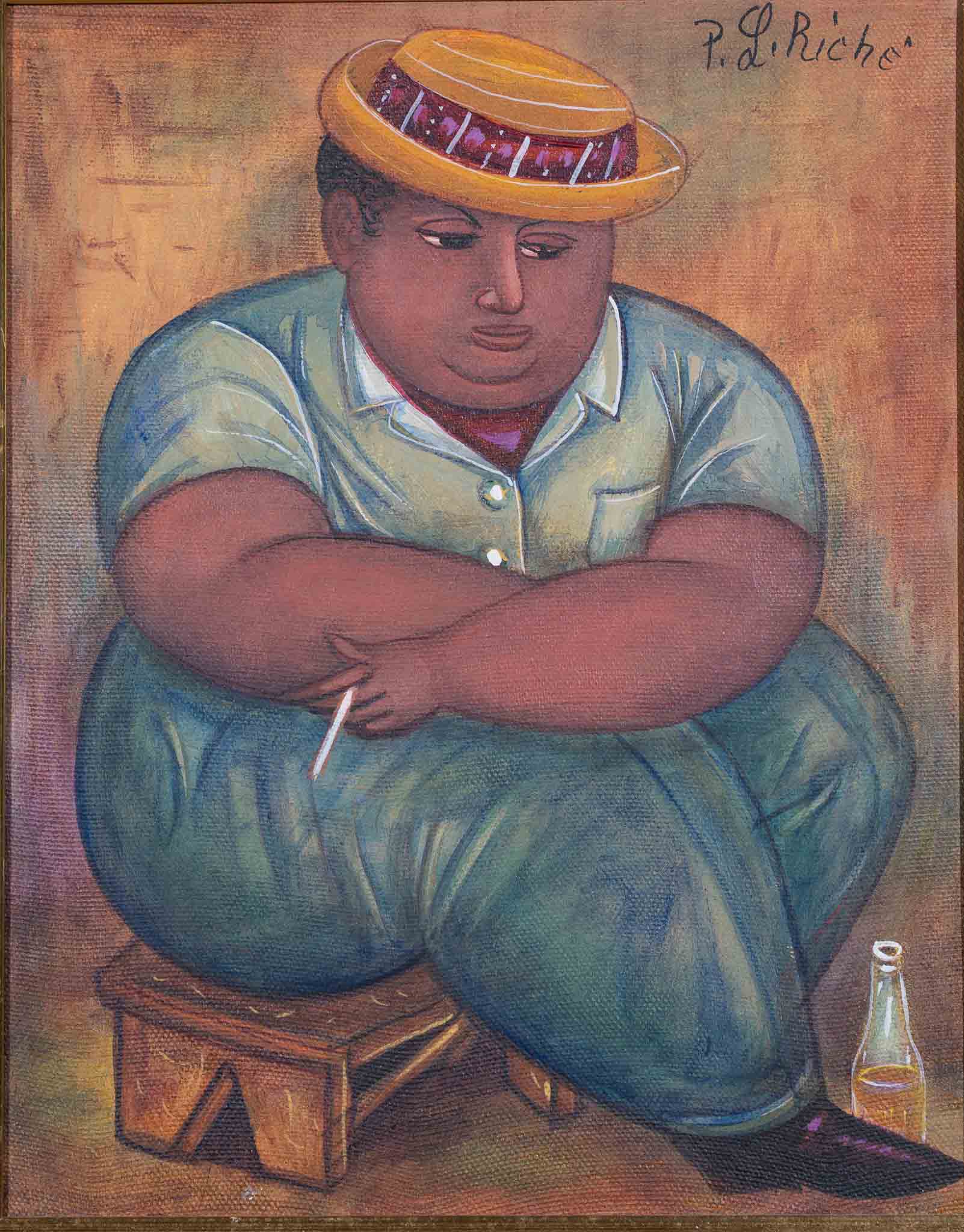