Louverture Poisson was born in Les Cayes on September 14, 1914. He came to Port-au-Prince in 1942 to enlist in the Air Force where he was an airplane mechanic. He joined the Centre d’Art in 1945, and had a one man show there in March, 1955. n the beginning, he painted with what DeWitt Peters described as the world’s most recalcitrant medium, common house enamel. One of his early paintings, "Toilette Paysanne", depicting a bare breasted woman fixing her hair in front of a mirror, is said to have inspired many primitive artists to try their hand at painting, because it was such a common scene. He died in 1985. 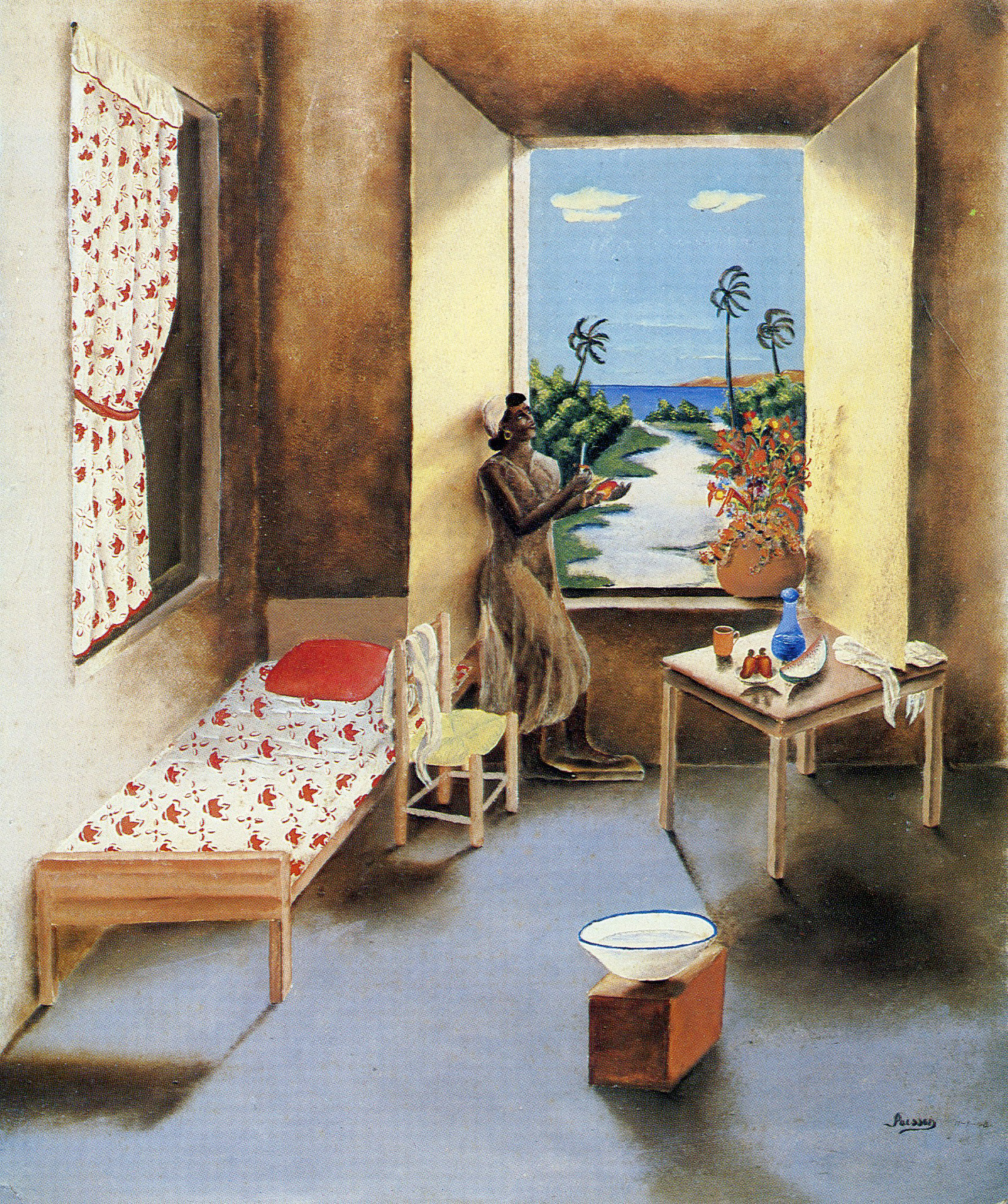 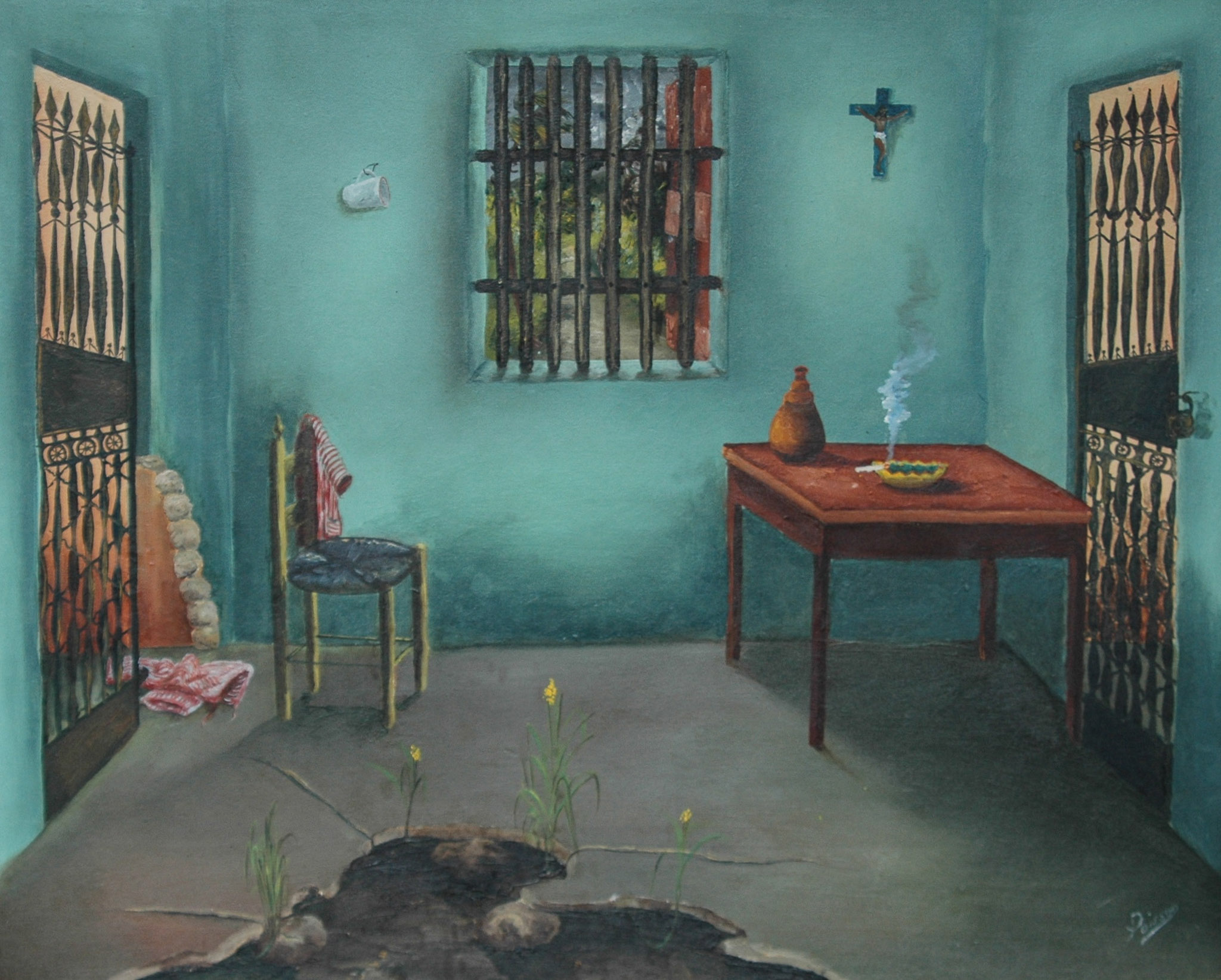 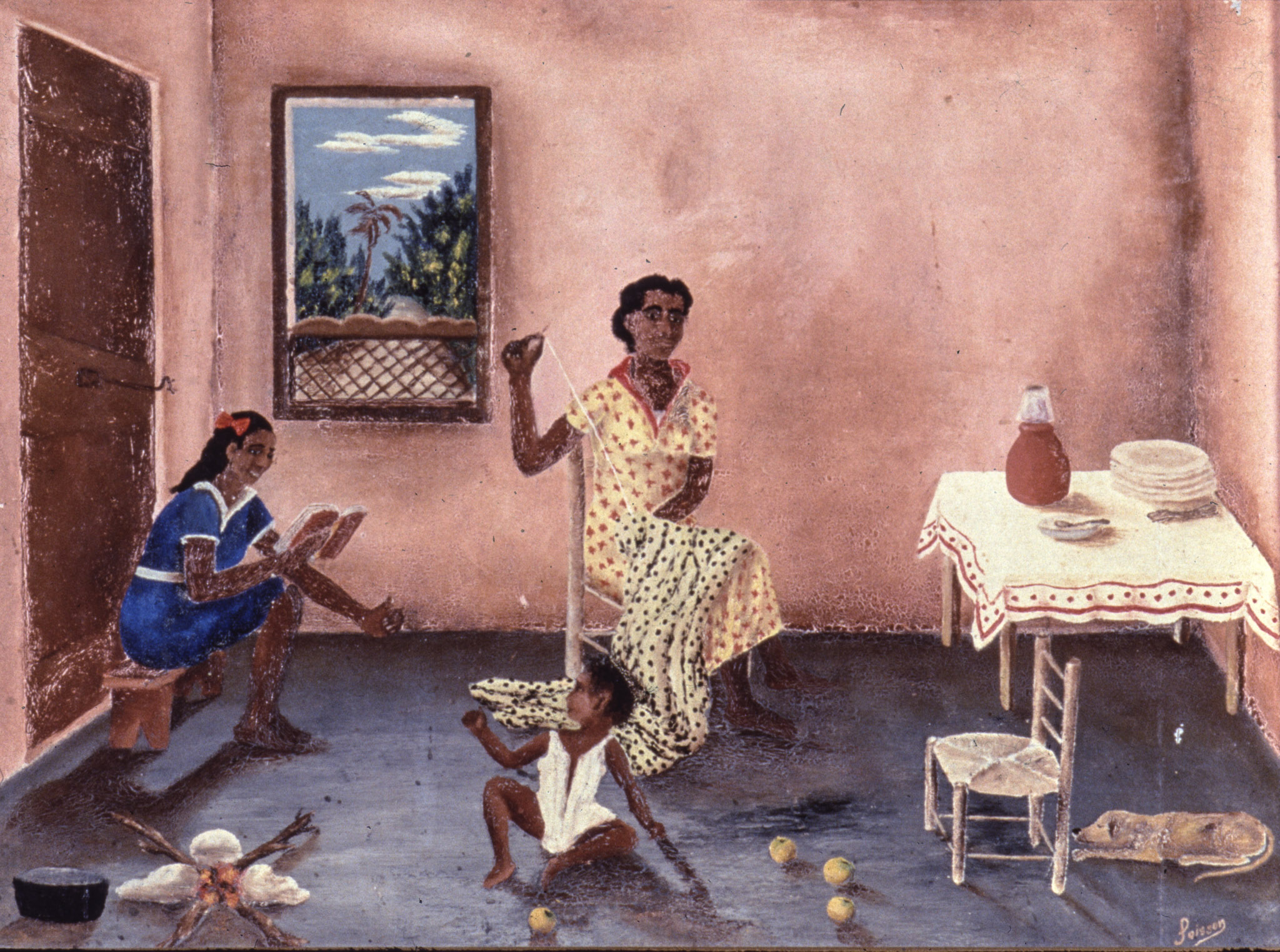 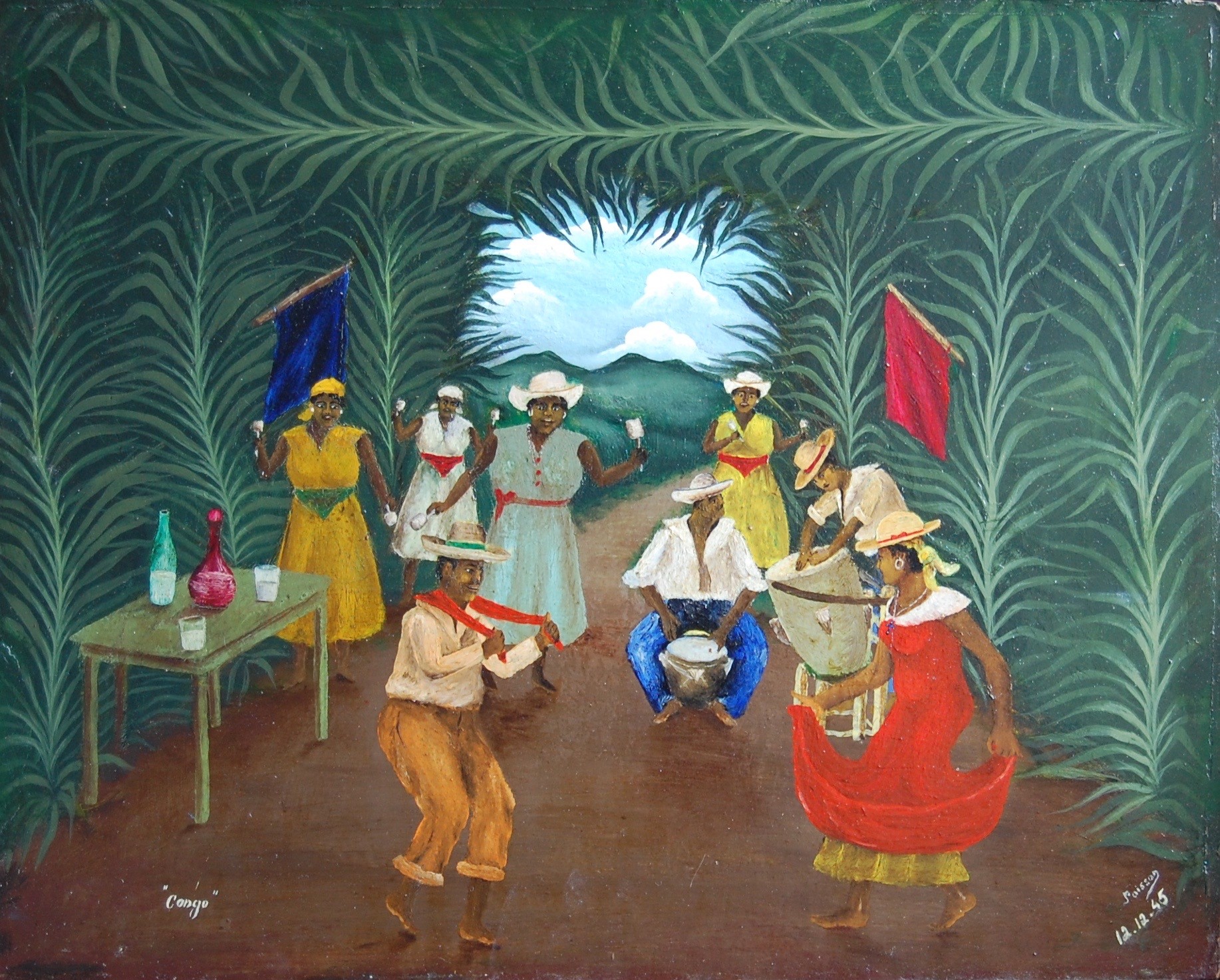 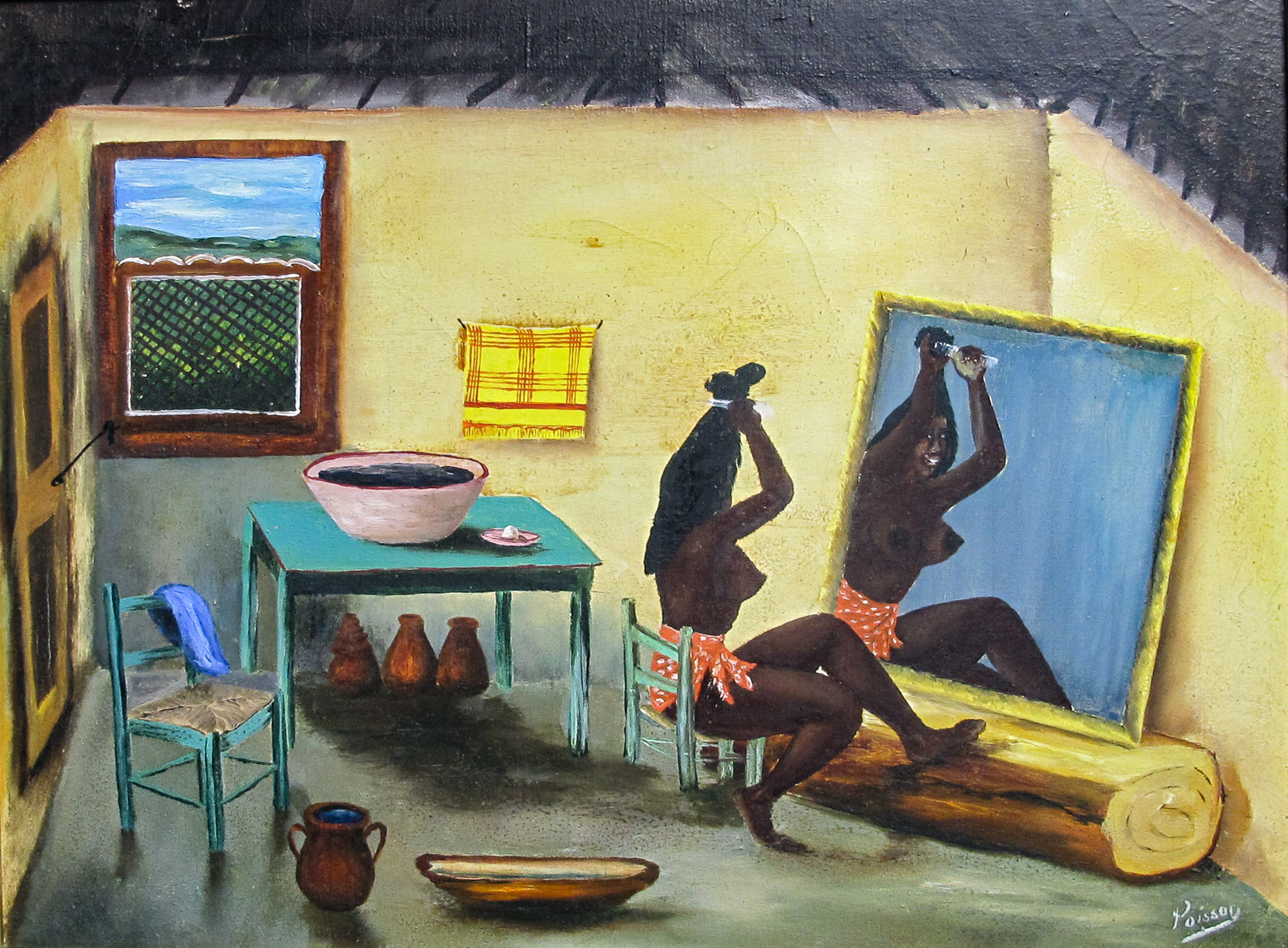 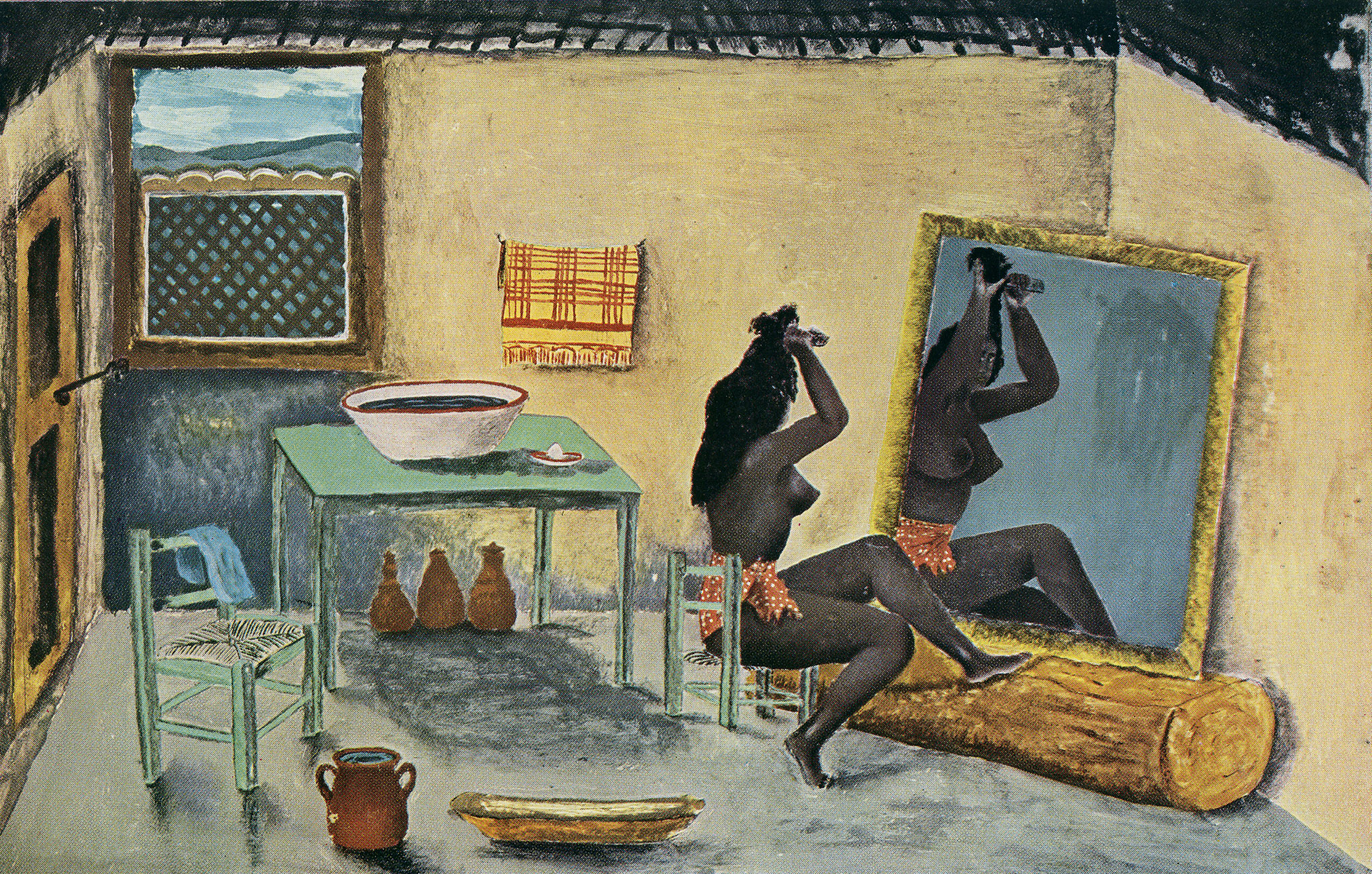