Telemaque, son of Philome Obin, perhaps the most famous Haitian painter, was born in Cap Haitien in 1913. Telemaque was a watchmaker for 35 years before he became a full-time painter in 1966. Trained by his father, he paints in much the same style. However his subject matter, in contrast to his father's is gentle and lyrical. He prefers country scenes, concentrating on the beauty of nature rather than human activity. Telemaque is considered a master in his own right, and his work is widely collected and documented. 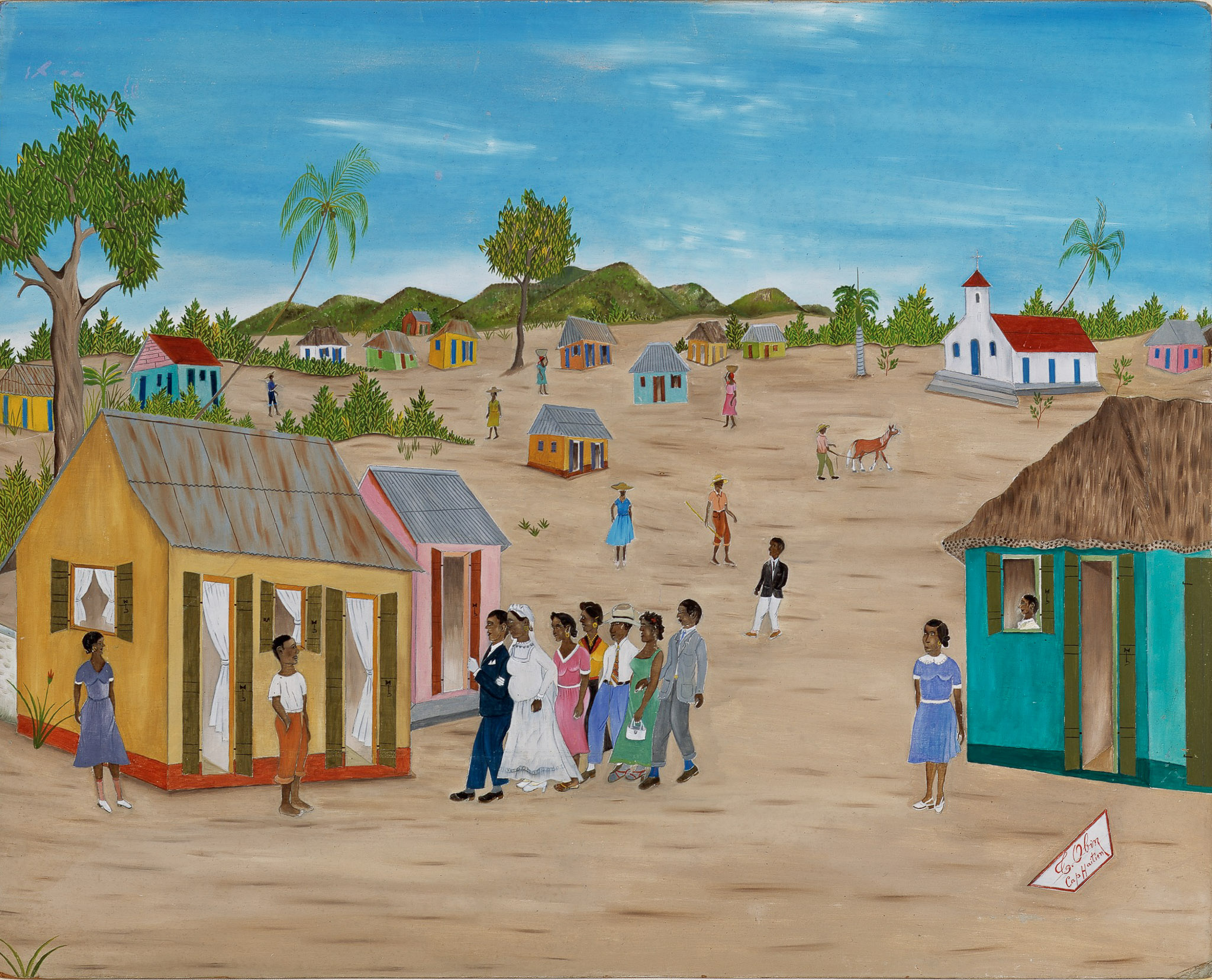 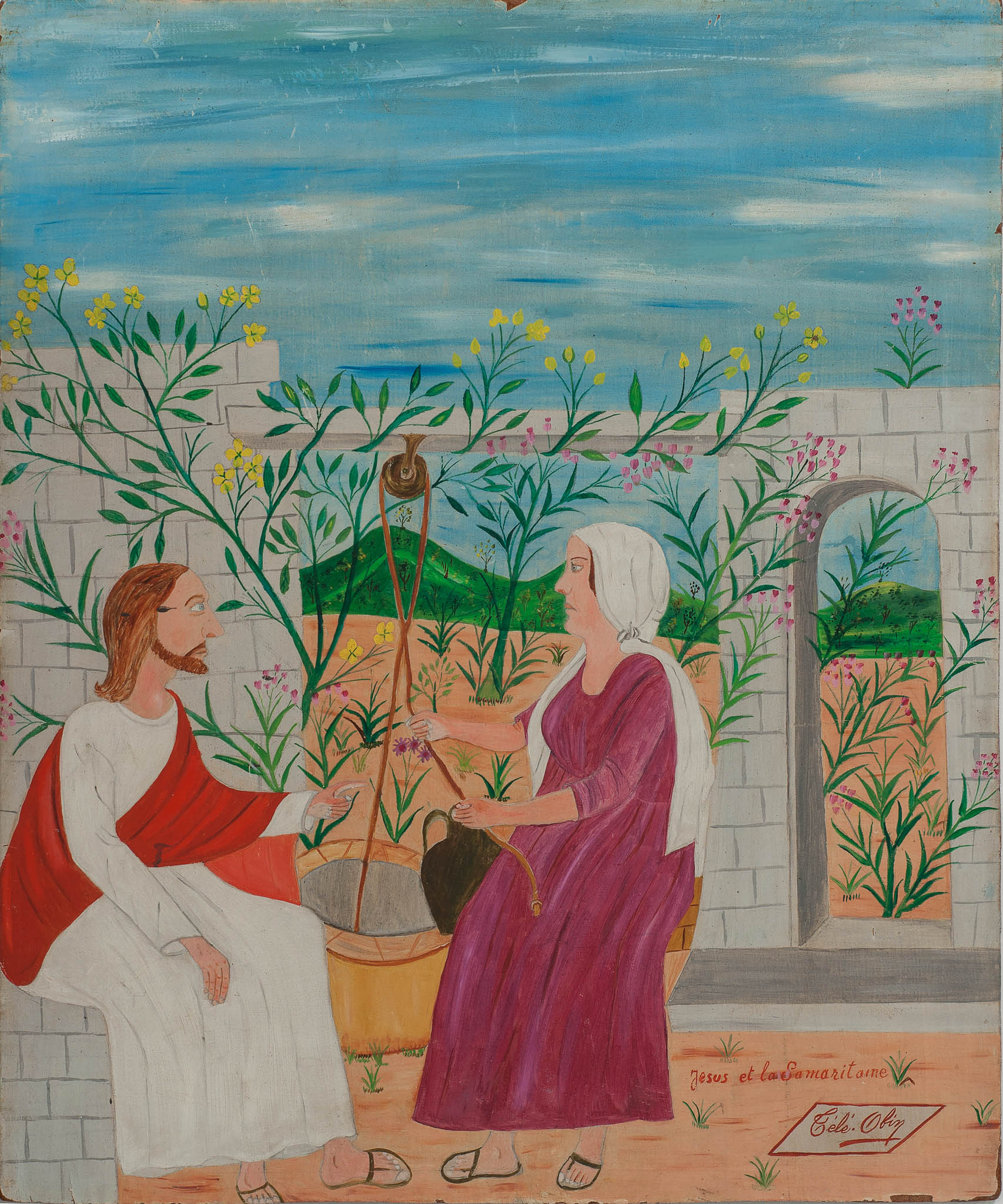 Jesus and the Samaritan