Antoine Obin was born on March 29, 1929 in Cap-Haitien. Son of Philomé and student of his father, he joined the Centre d'Art in 1946. He continues in the pictorial primitive tradition of his father, painting full-time in Cap-Haitien until his death in 1992. Many Haitian art lovers collect his art. " Influenced by the strictness of his father, Philome Obin, Obin was nevertheless, able to emancipate himself from the representation of detail, " says Gerald Alexis in his book "Peintres Haitiens." 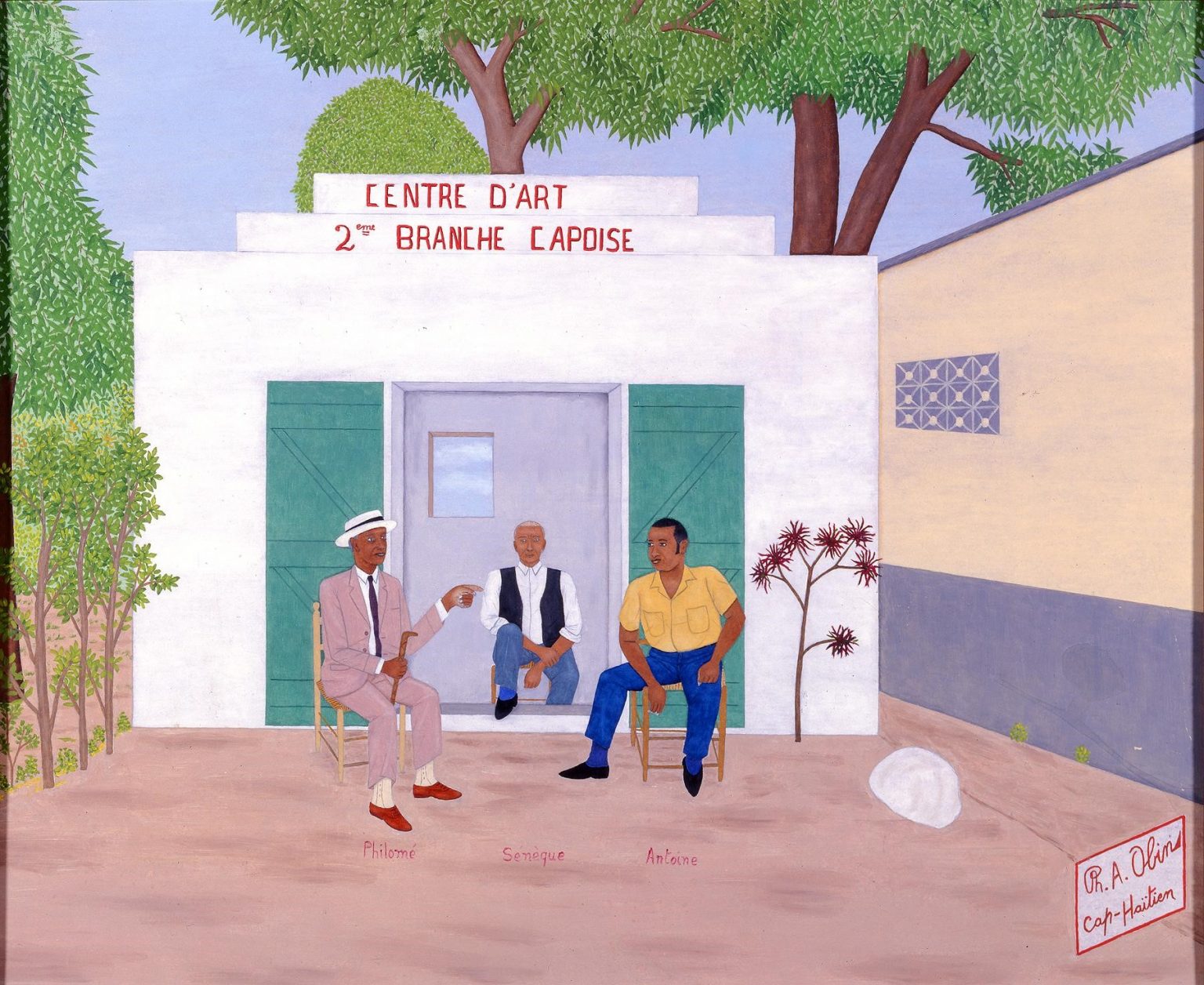 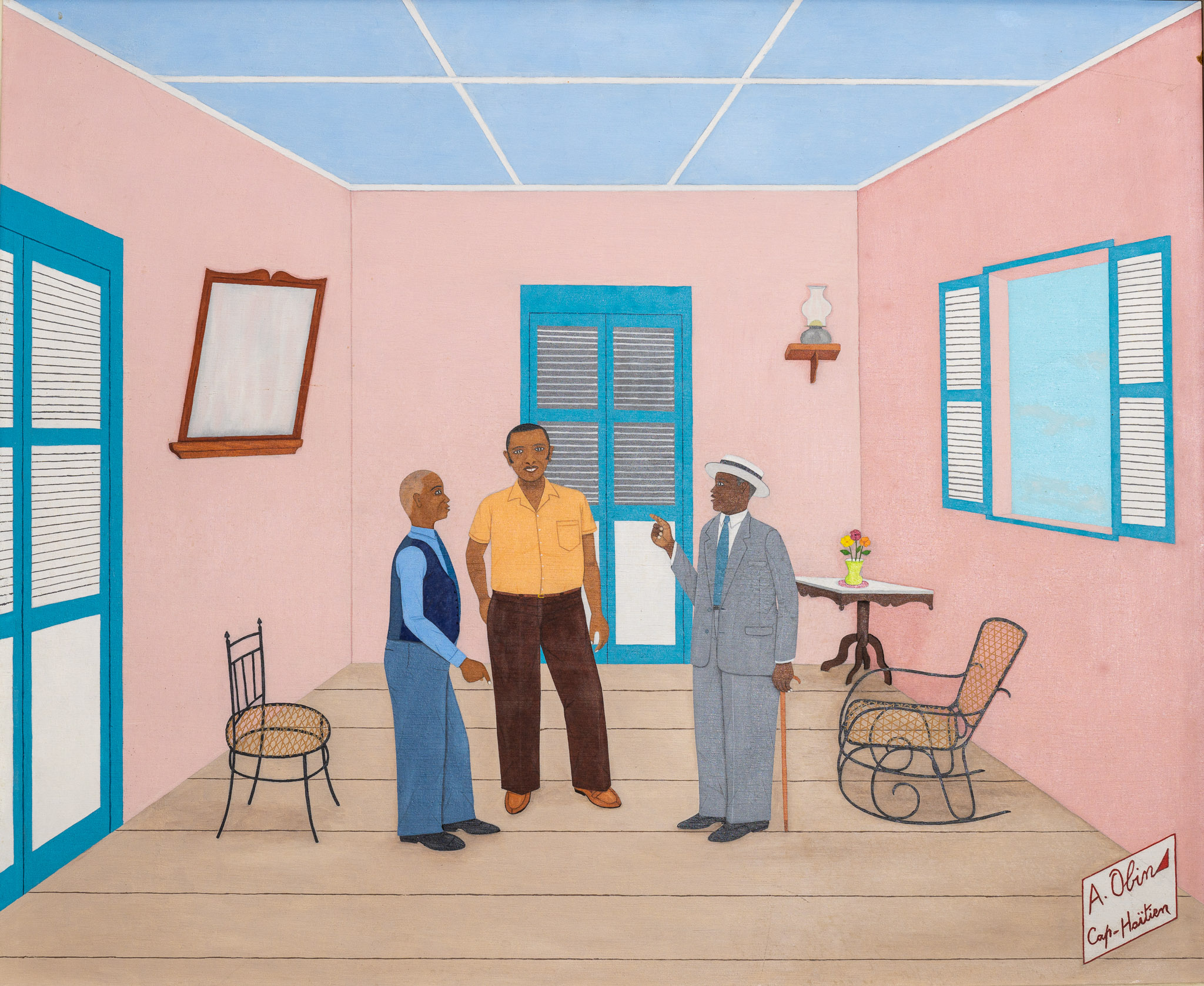 Self portrait with Philome and Seneque 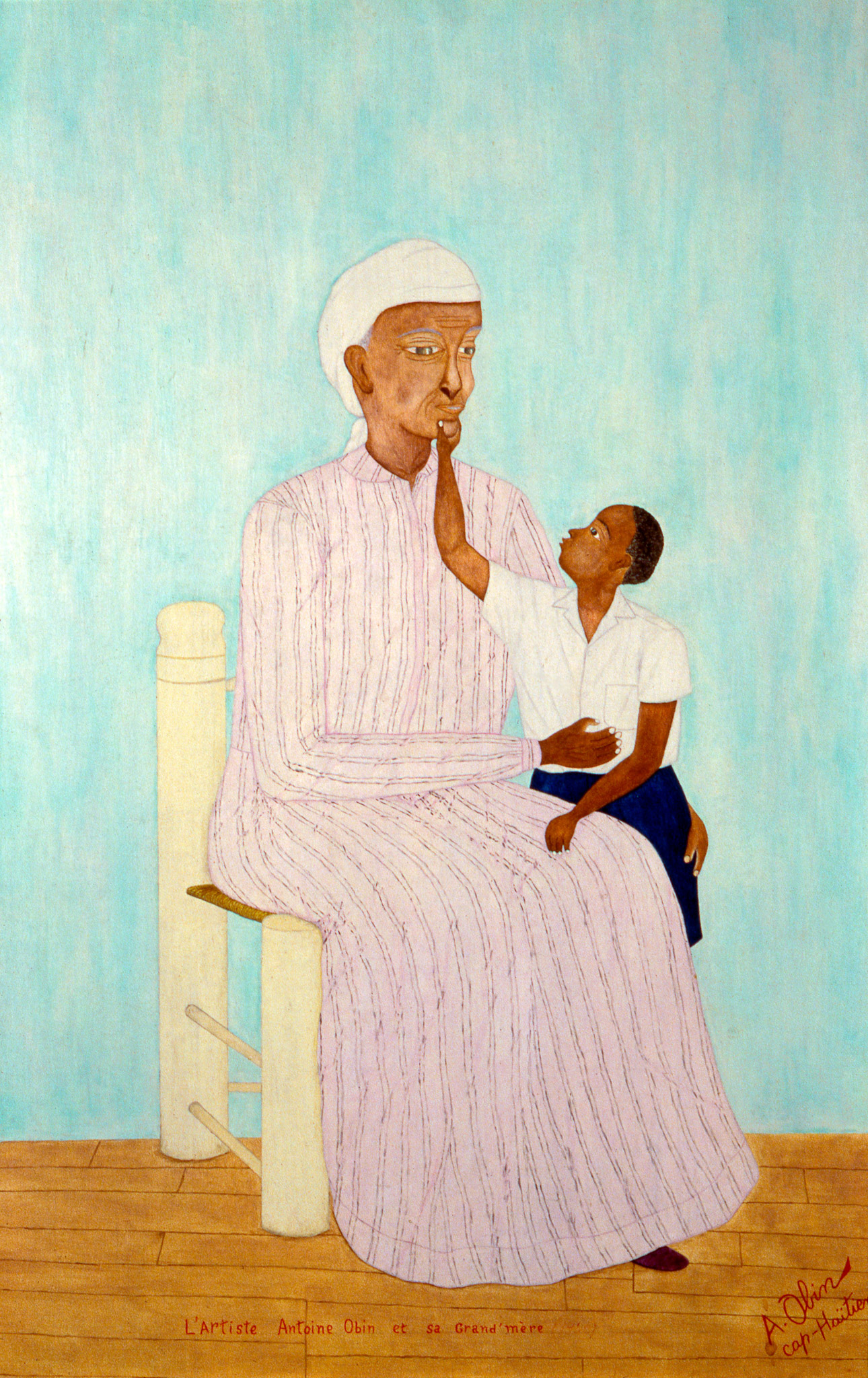 The artist Antoine Obin and his grandmother, 1970 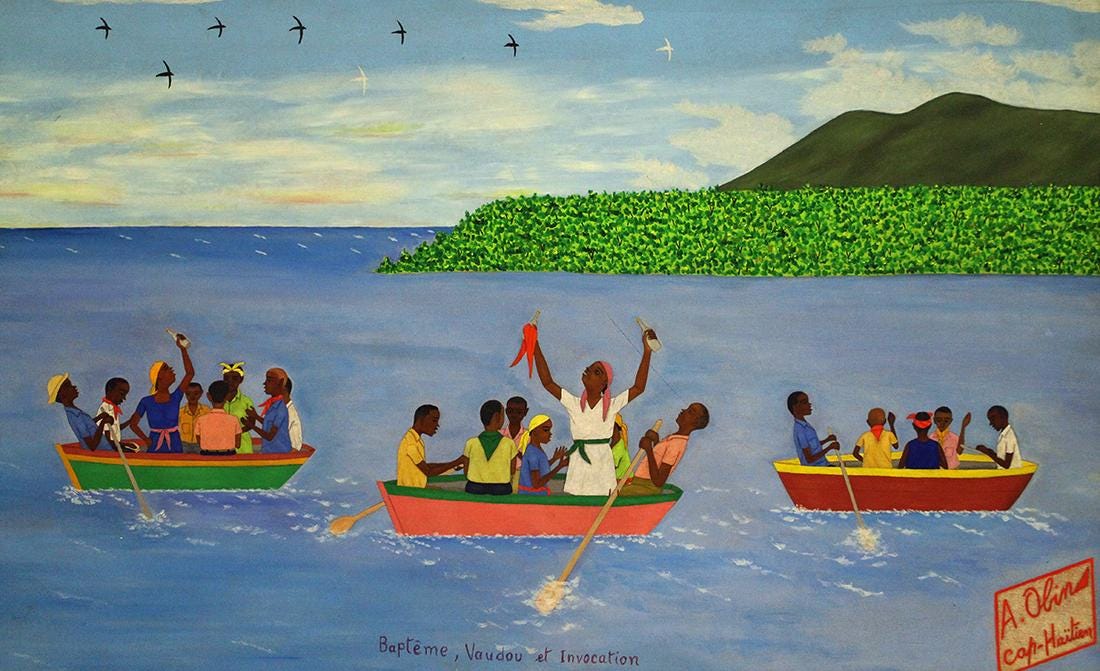 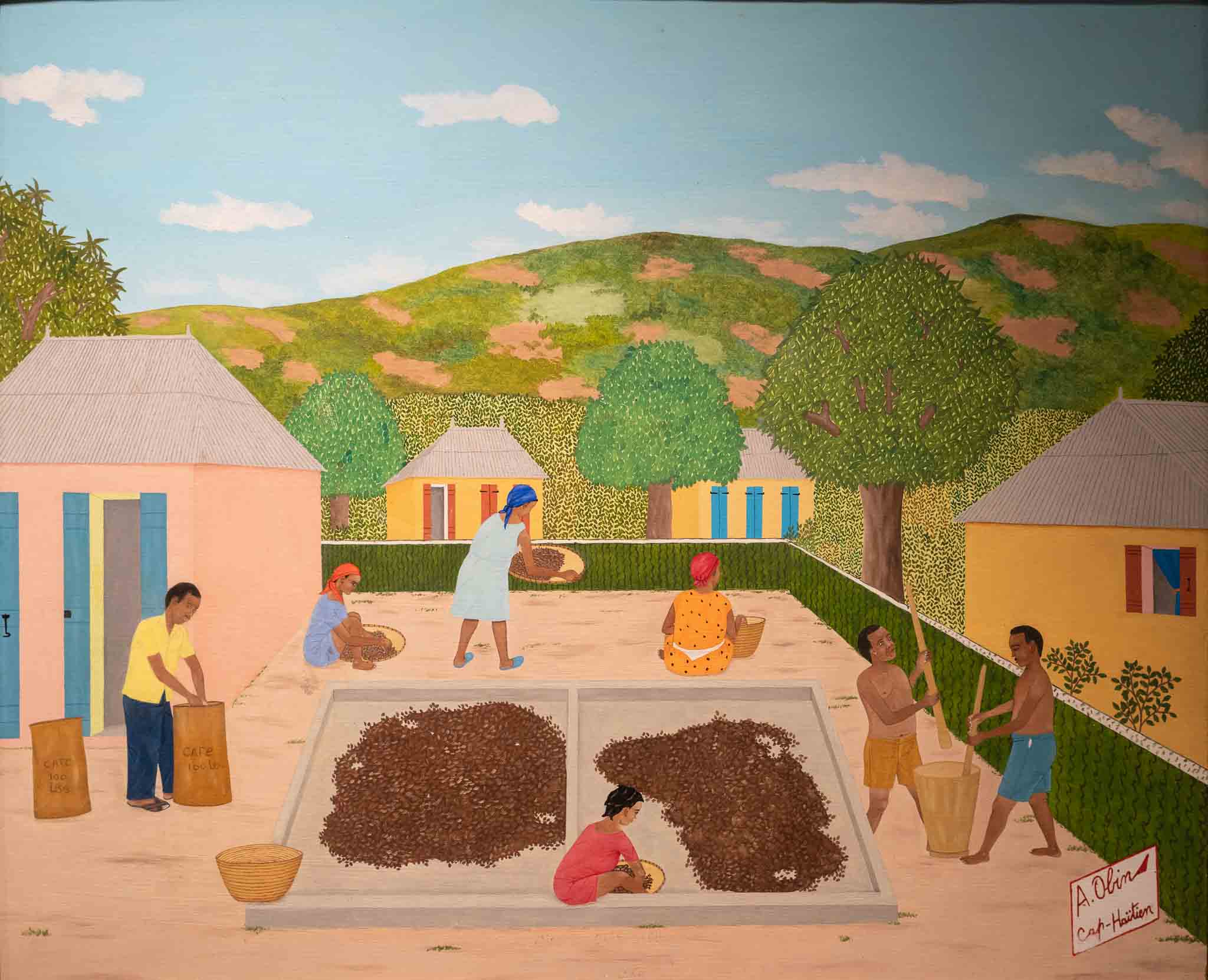 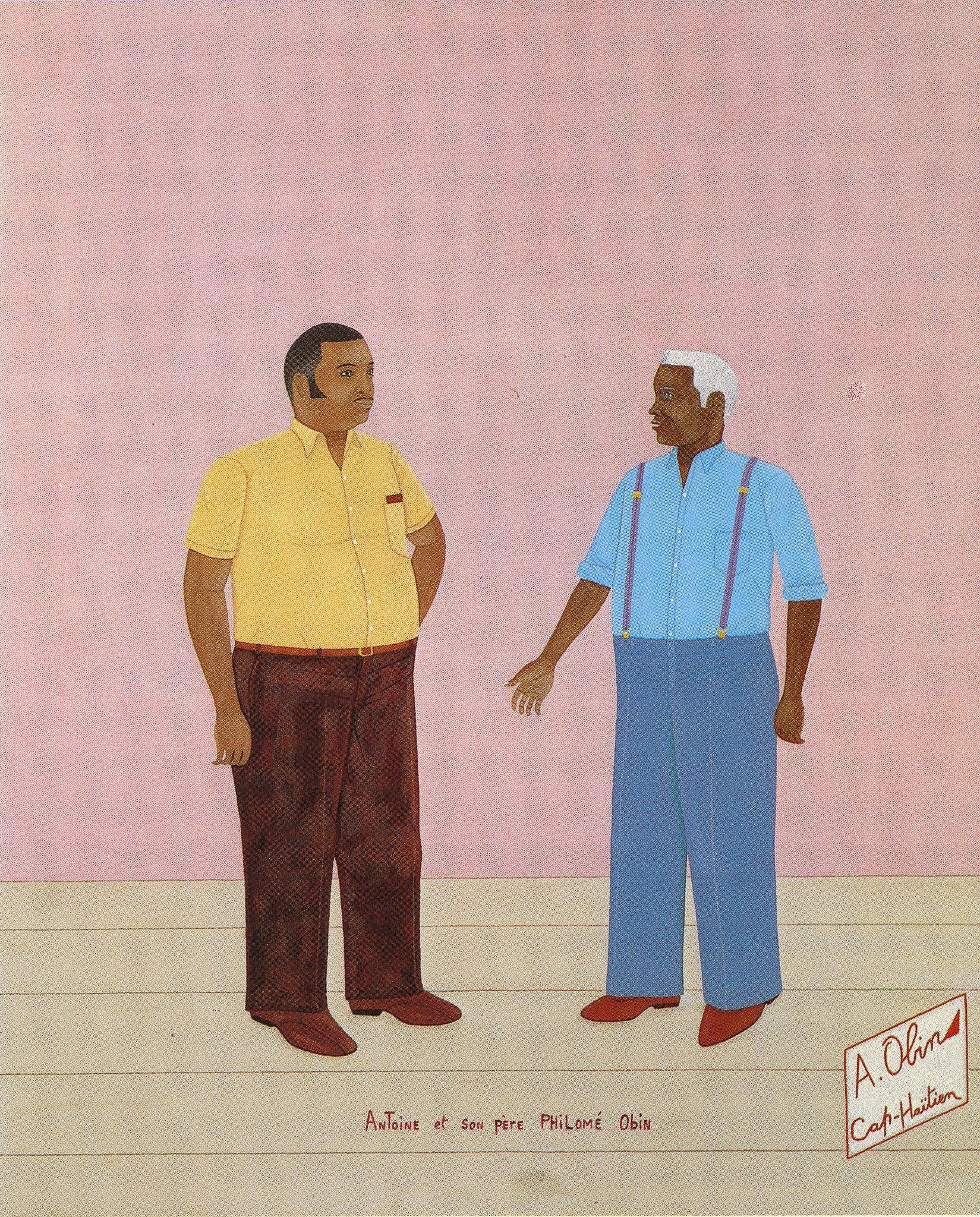 Antoine and his father Philome Obin, 1979 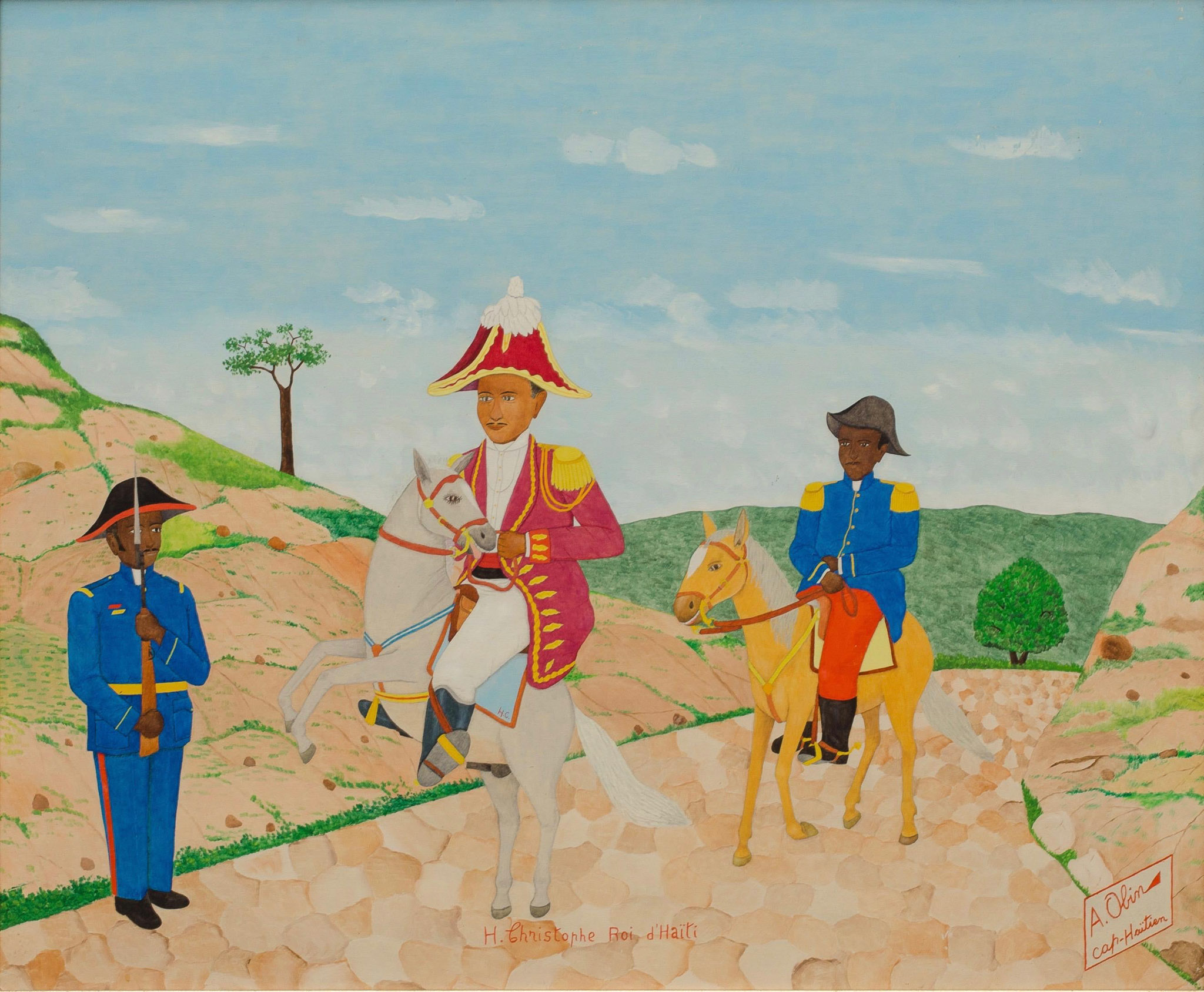