André Normil was born in Haiti in 1934 and died on May 2, 2014. He started to paint in 1944 at the Centre d'Art. He paints Haitian life daily scenes with keen observation and humor. His animals scenes are rich in colors. His primary colors, composition, and techniques are among the best in Haitian art. His works are a must for a serious  collector. His name is cited in many Haitian art books. "Like Bigaud, Normil depicts scenes of daily life with a certain humor". (Peintres Haitiens by Gerald Alexis). 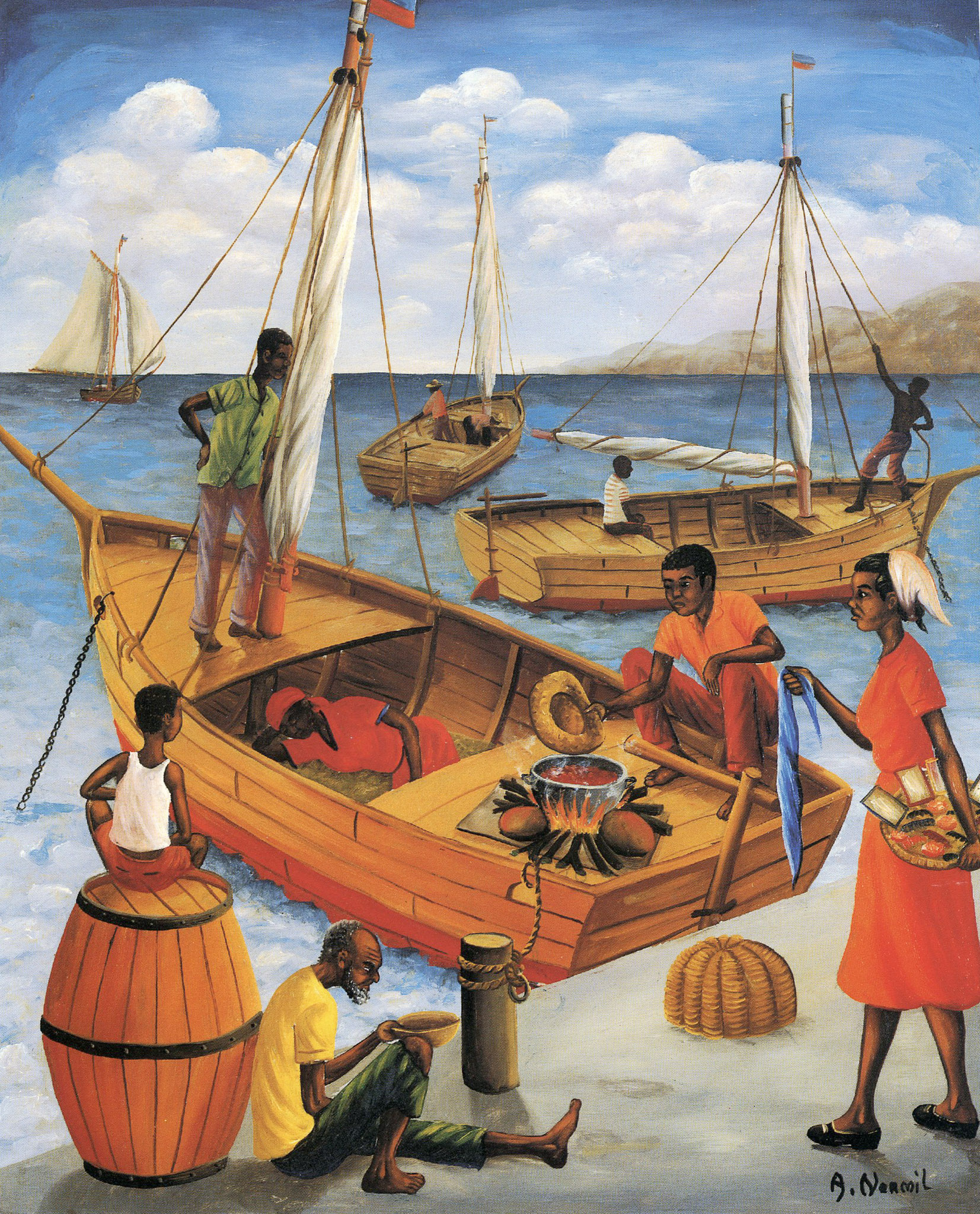 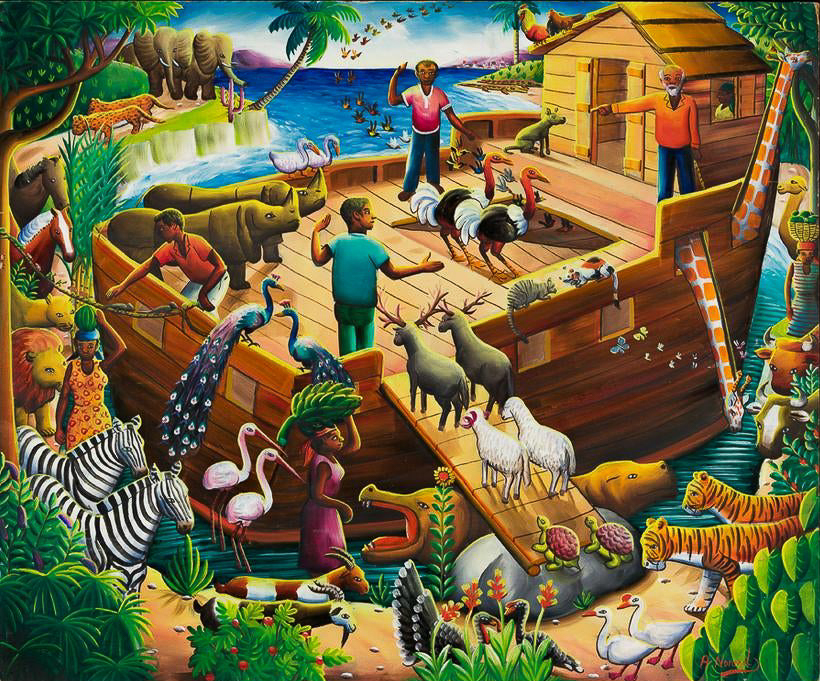 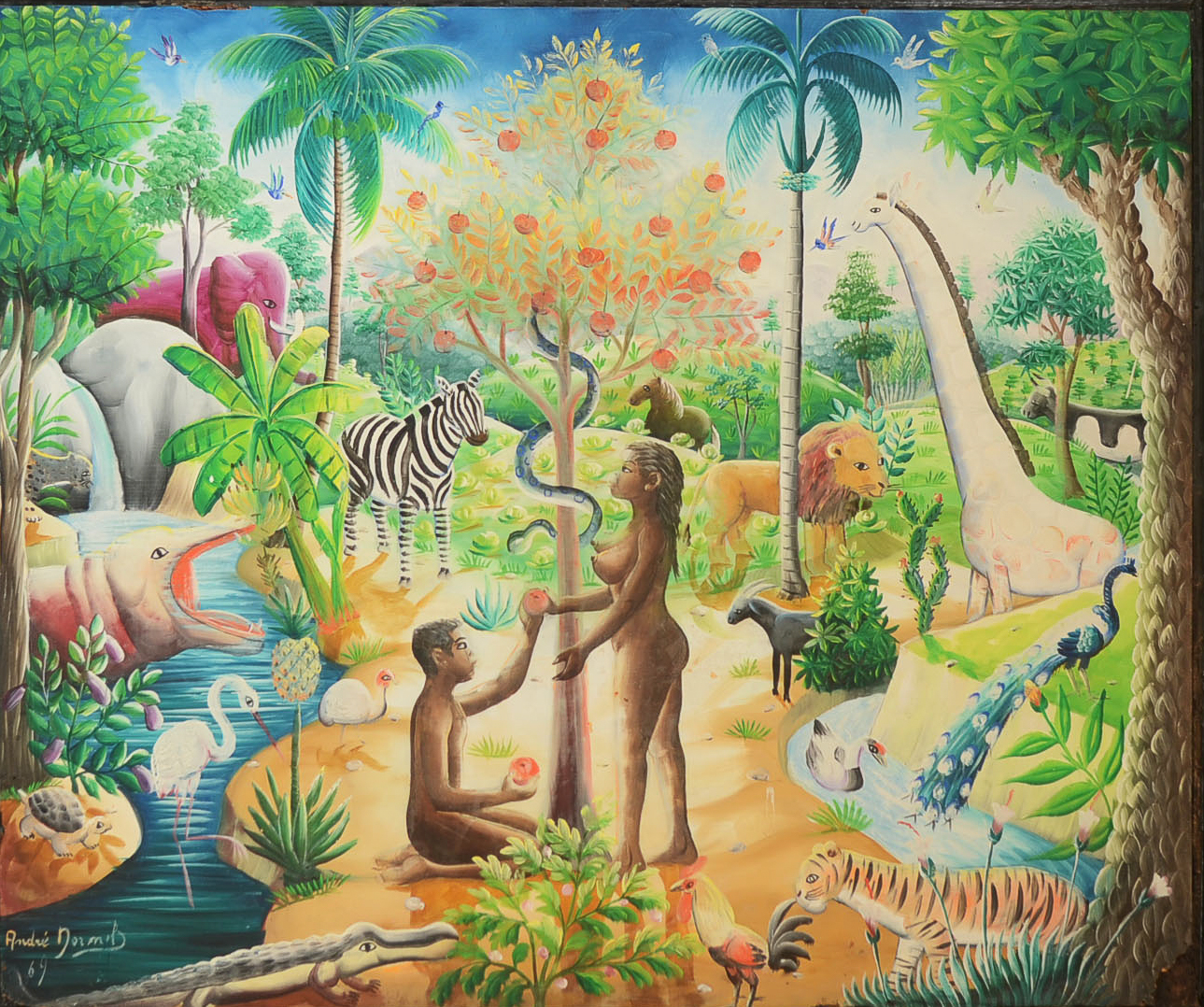 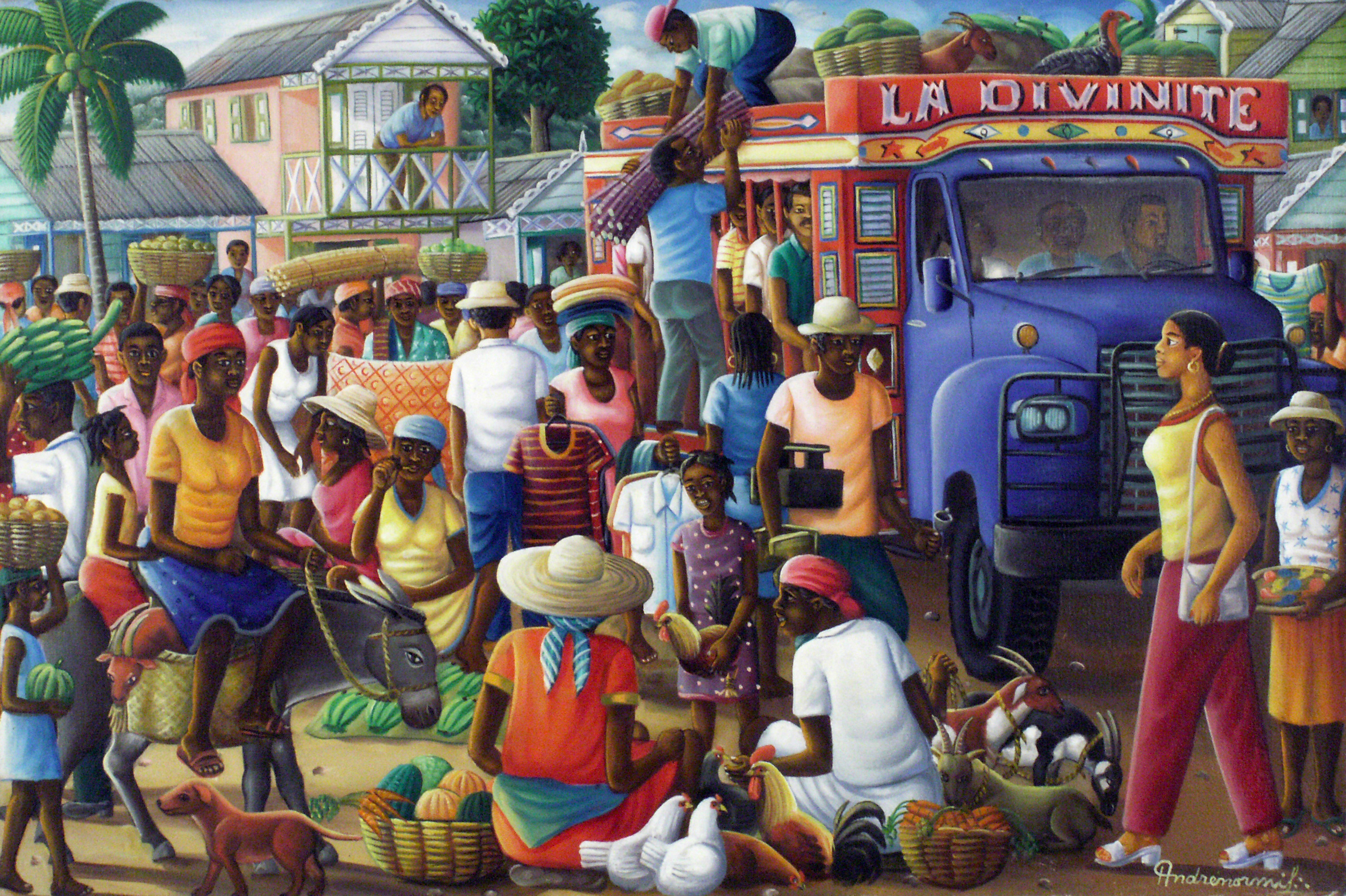 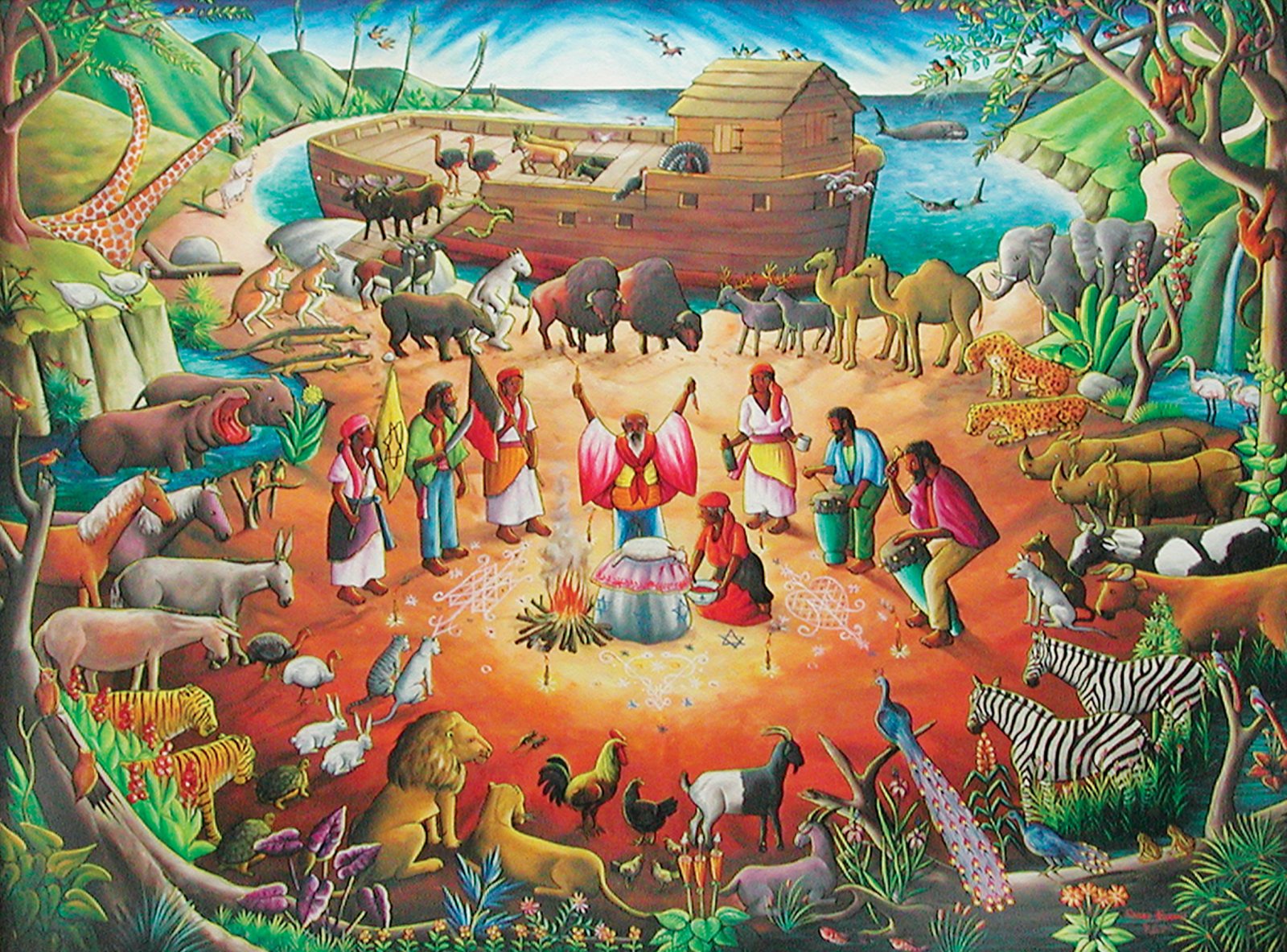 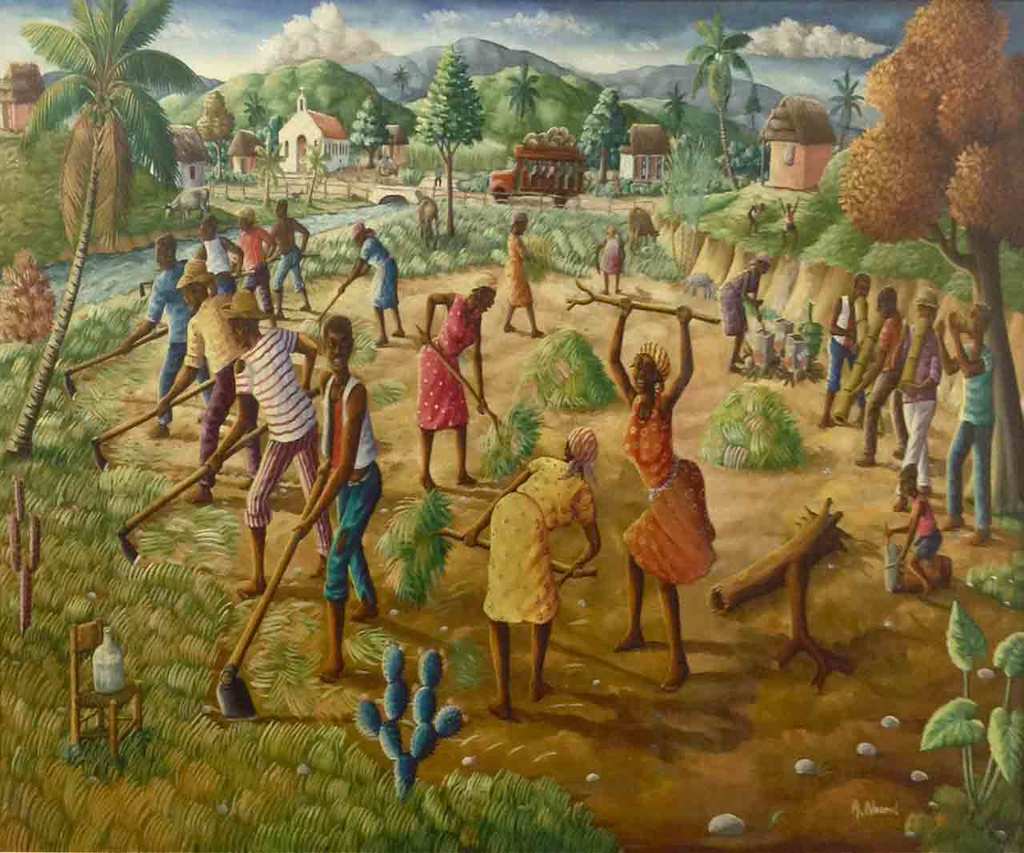 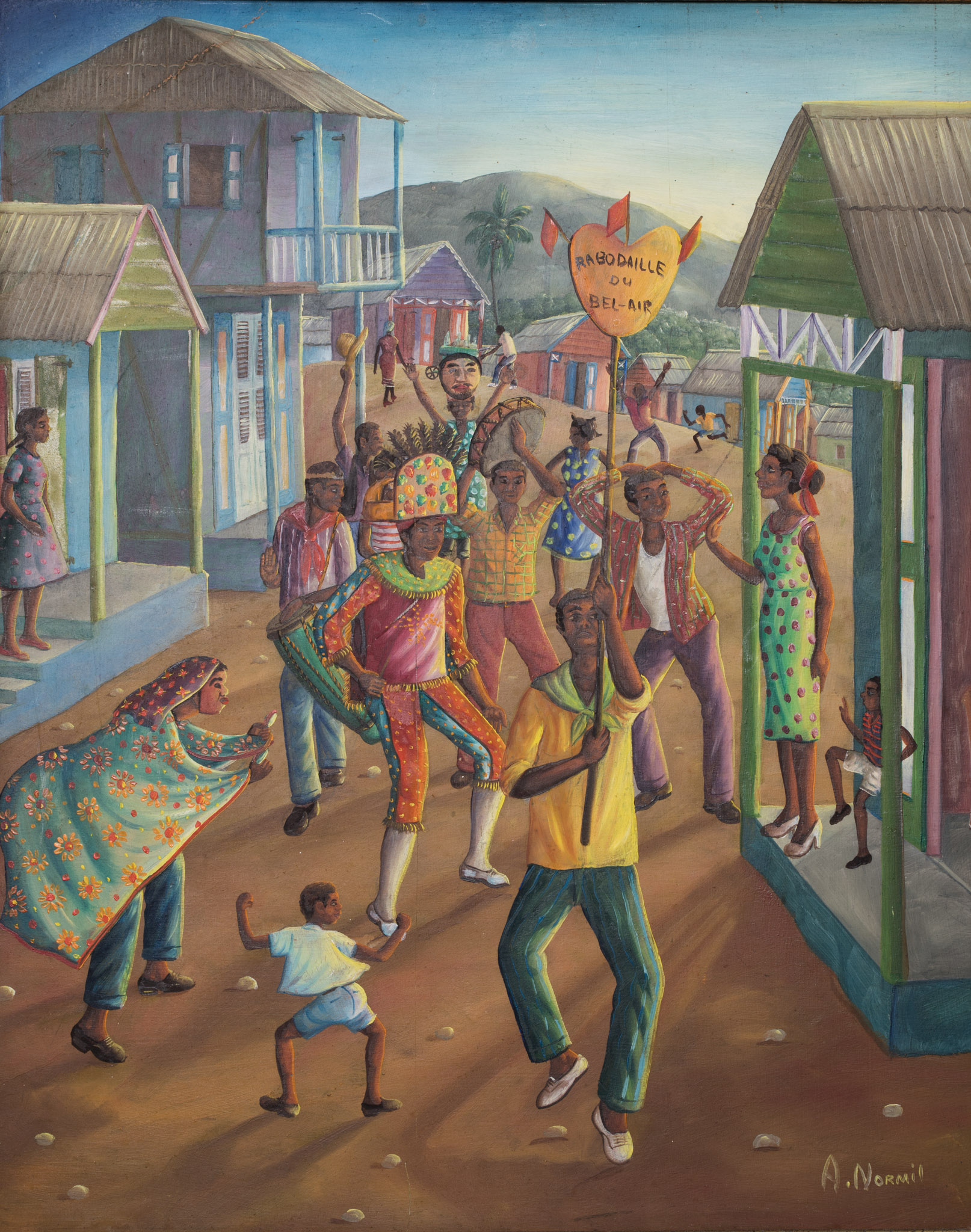 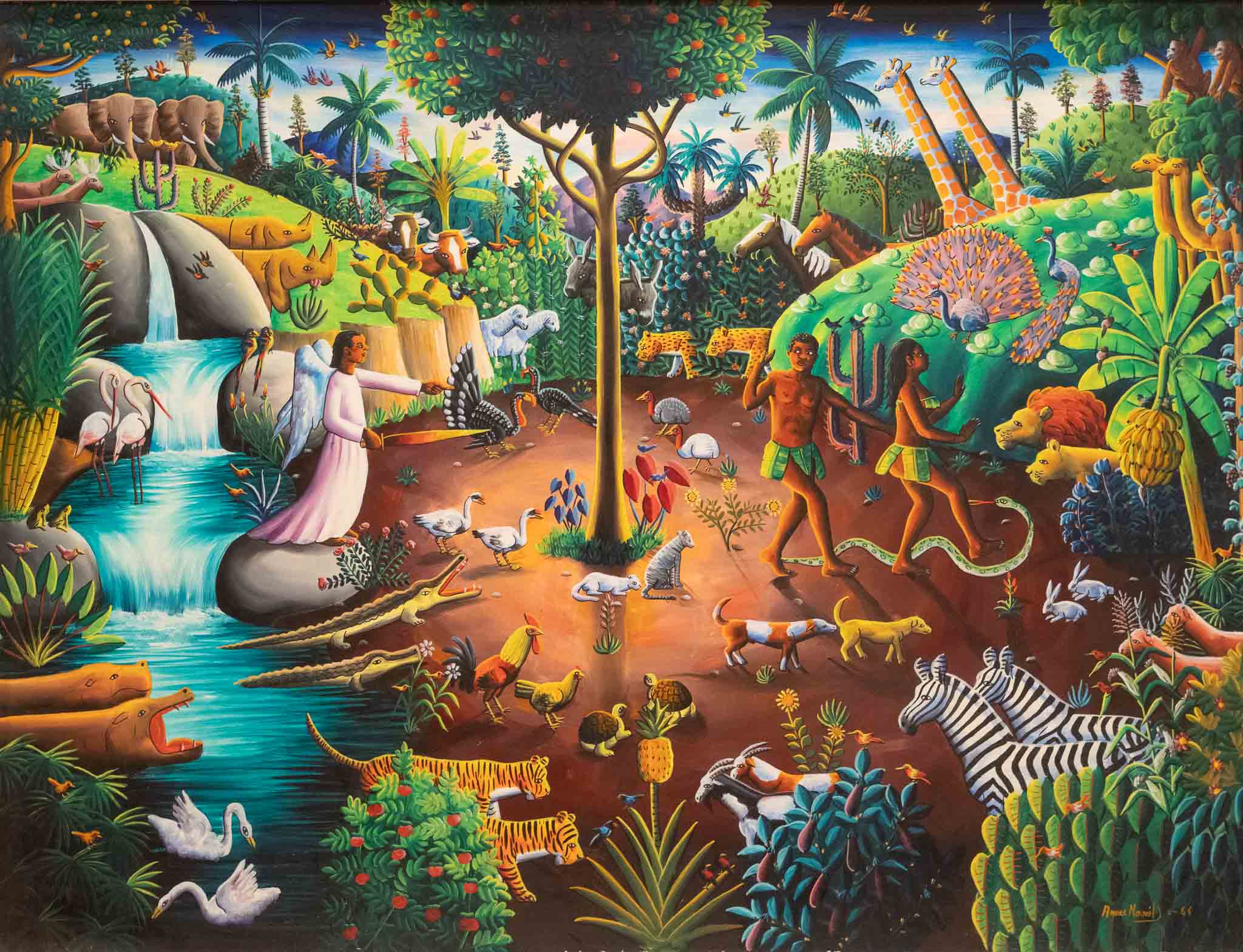 Adam and Eve Shunned From Paradise, 1966 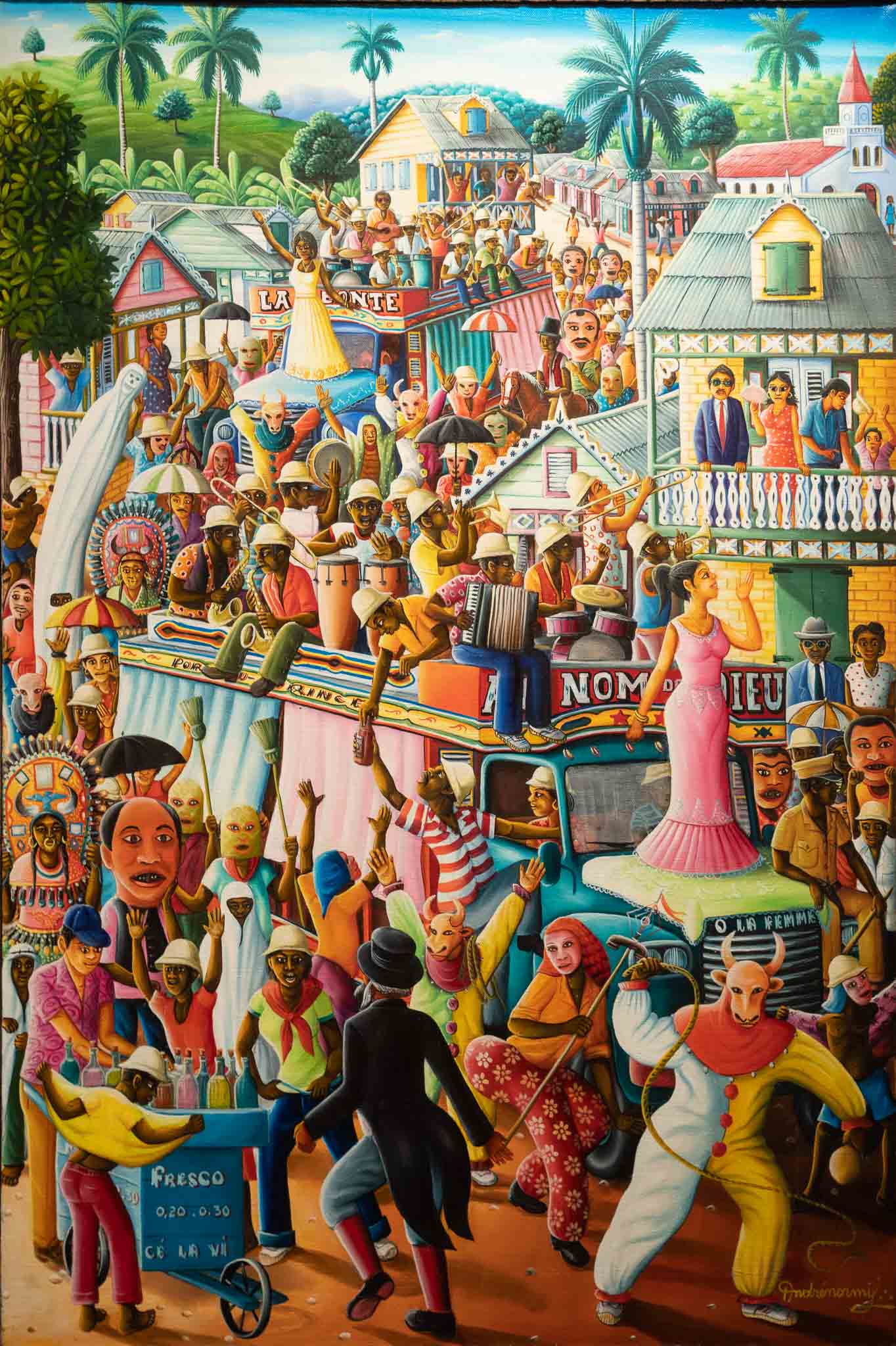