Madsen Mompremier was born in Gonaives, Haiti on August 12, 1952. In 1973 he started to paint as a student of Gerard Valcin. Originally, Mompremier painted delightful scenes of everyday Haitian life, peasants in their villages and cane fields. Around 1975 he found a style which he has now been refining for more than thirty years; painting Voudou Gods with great majesty and precision. His favorite one is Erzulie, Goddess of Love, in her incarnation as La Sirene. Coincidentally, he was married to a woman named Erzulie, also an artist who was killed in the earthquake, a huge tragedy for Mompremier 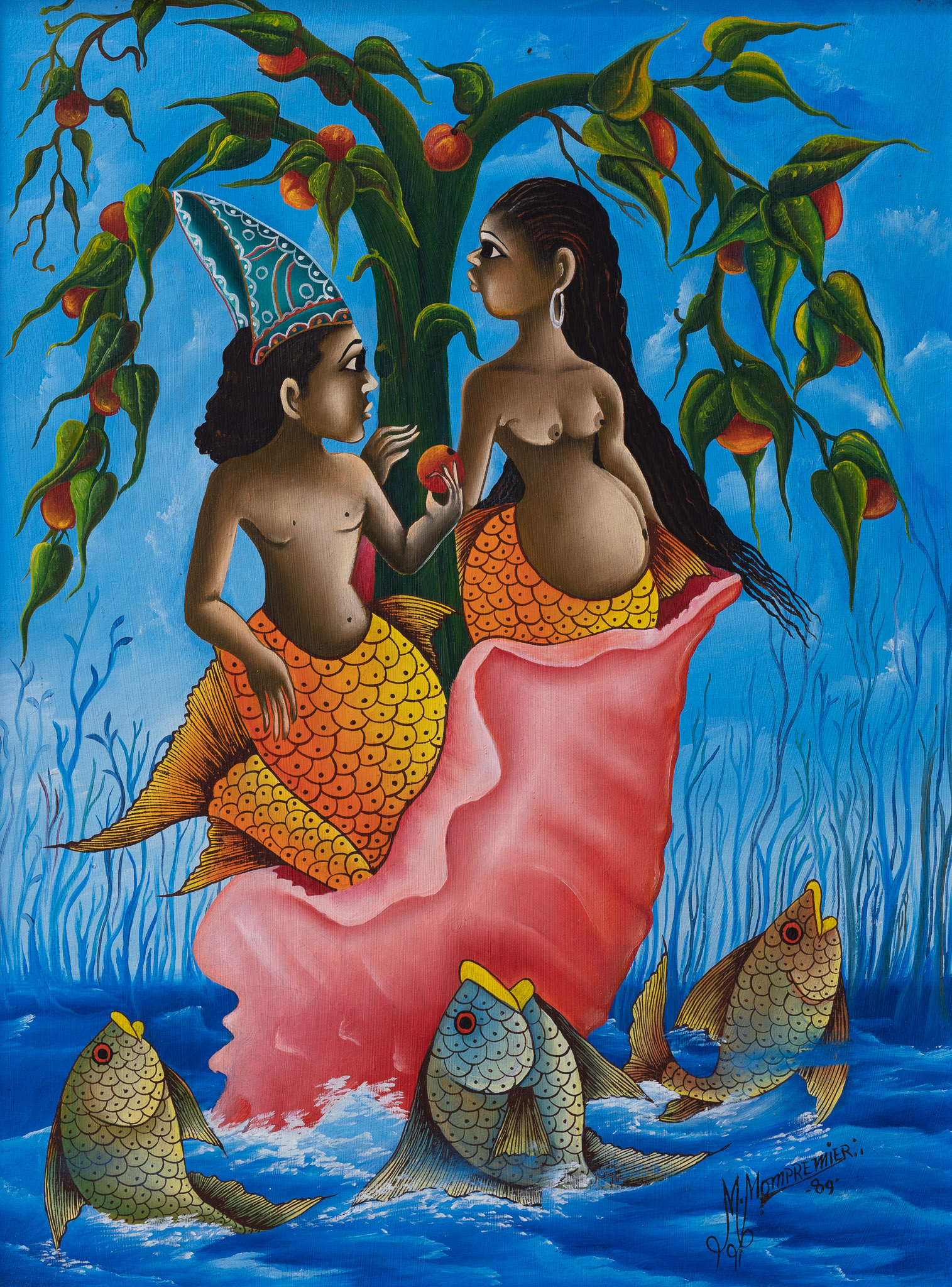 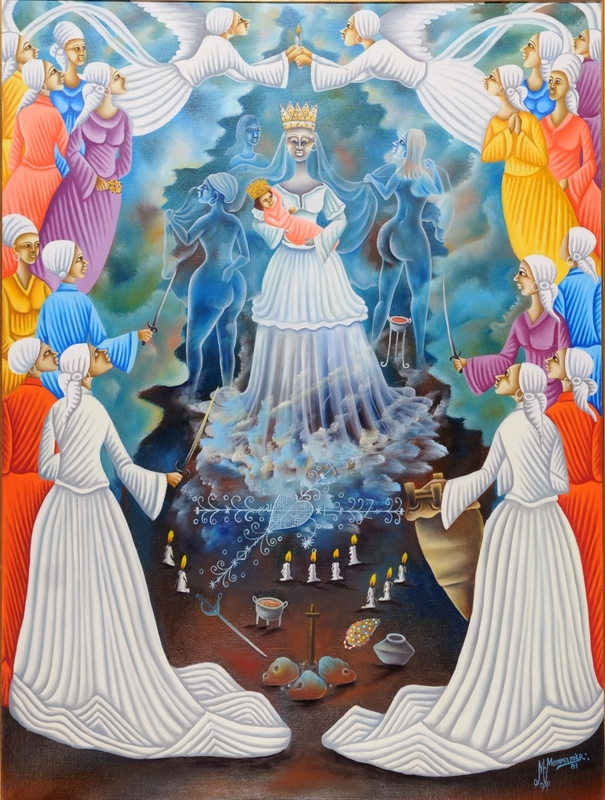 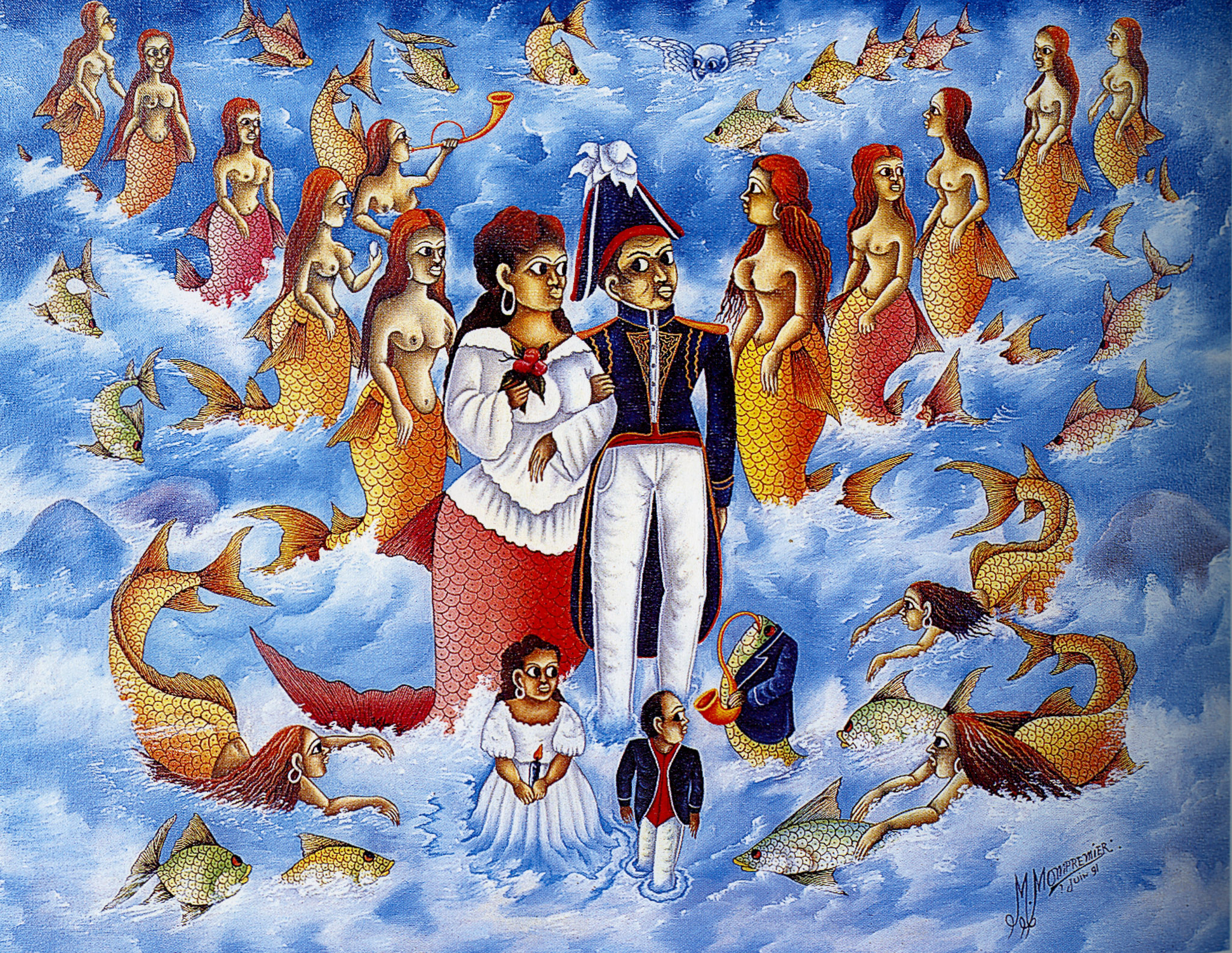 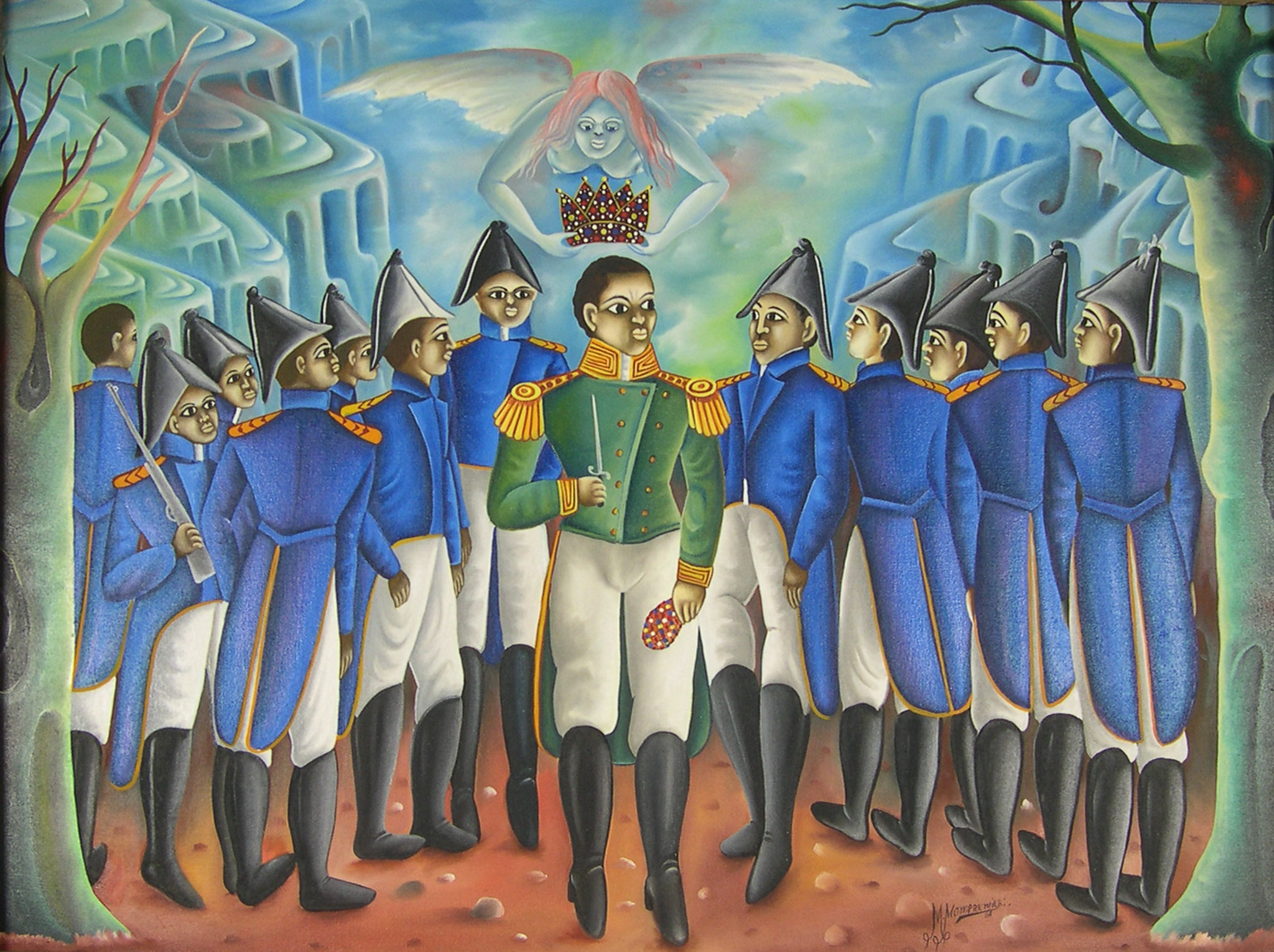 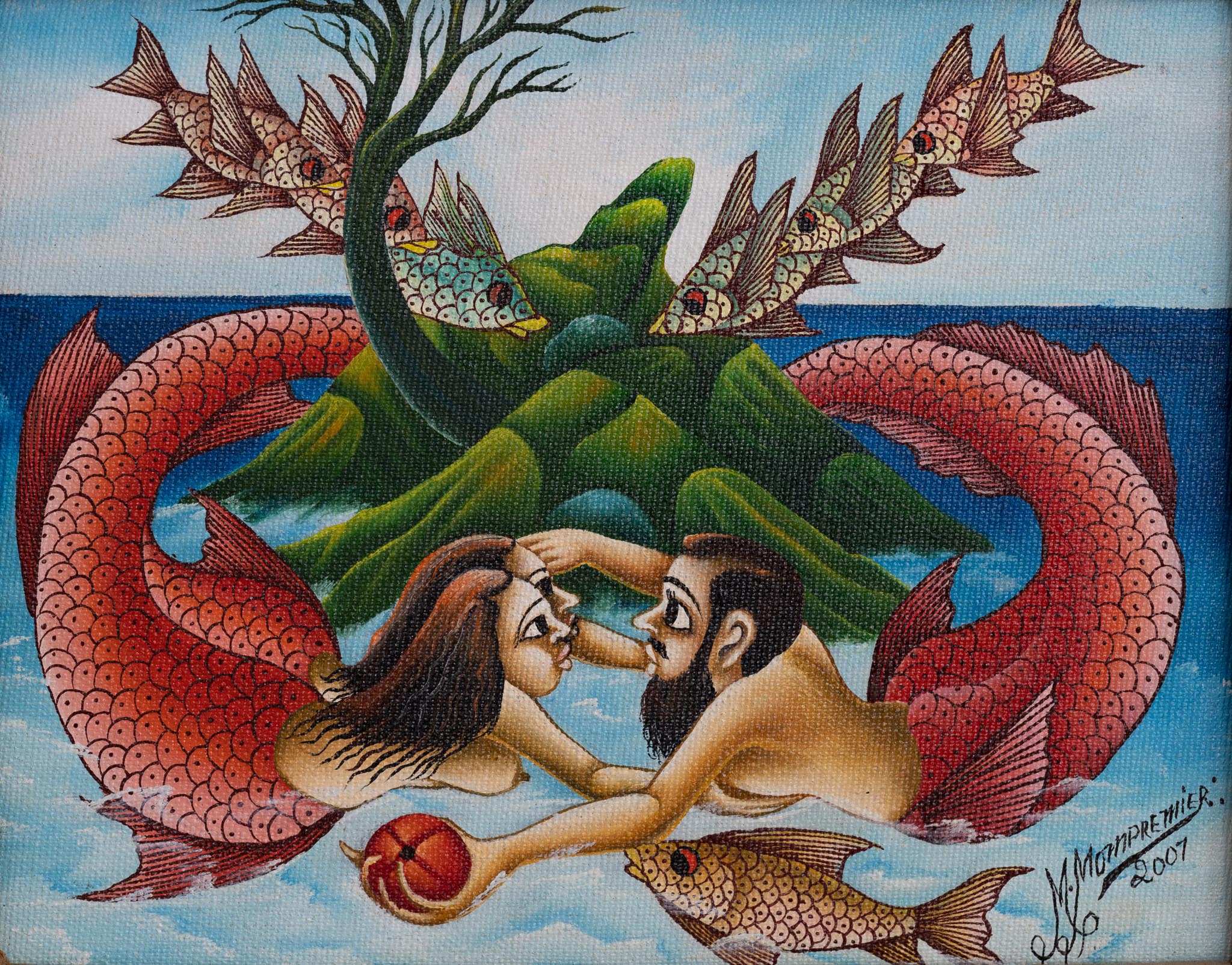 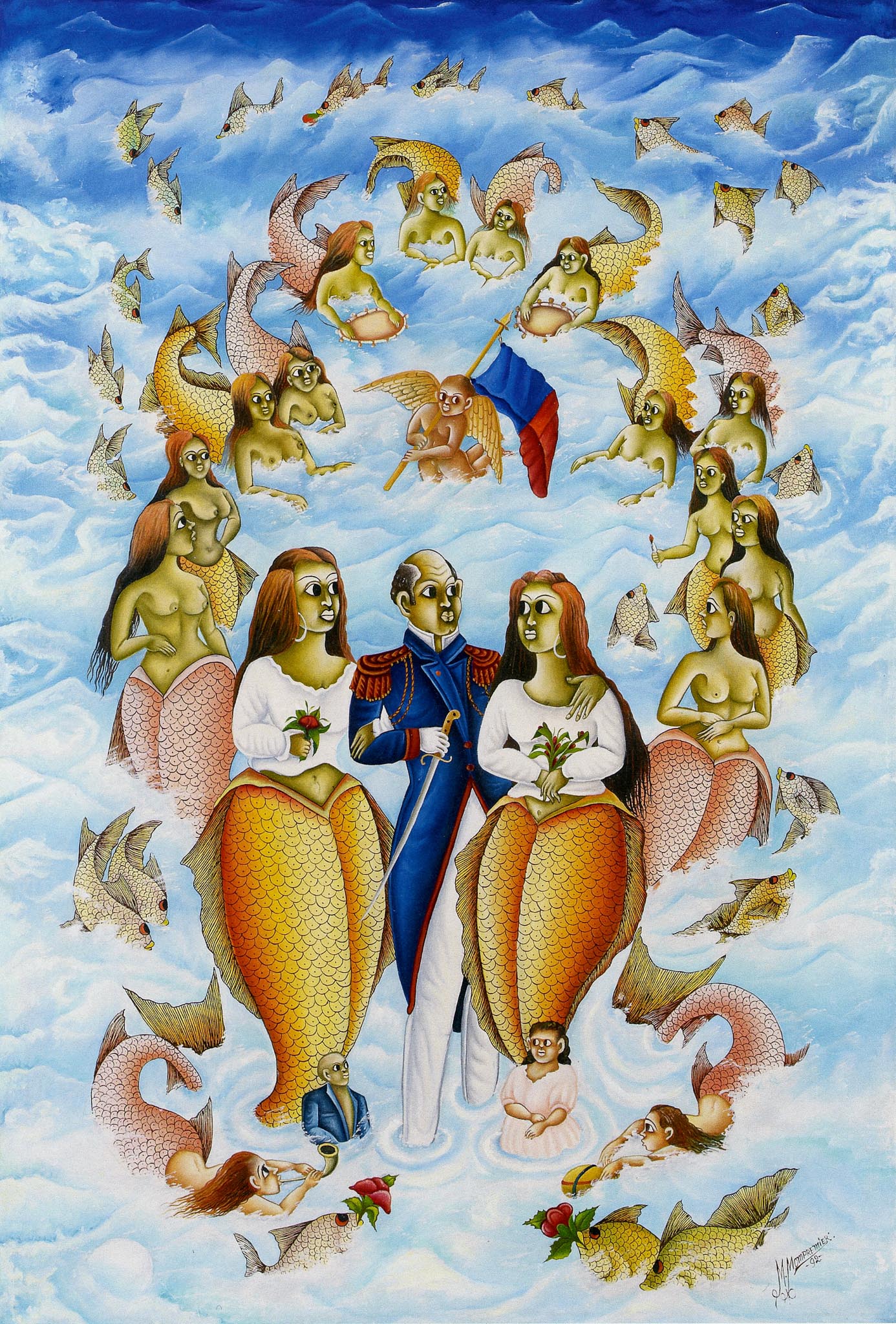 Marriage of Agwe and Lasiren, 1992 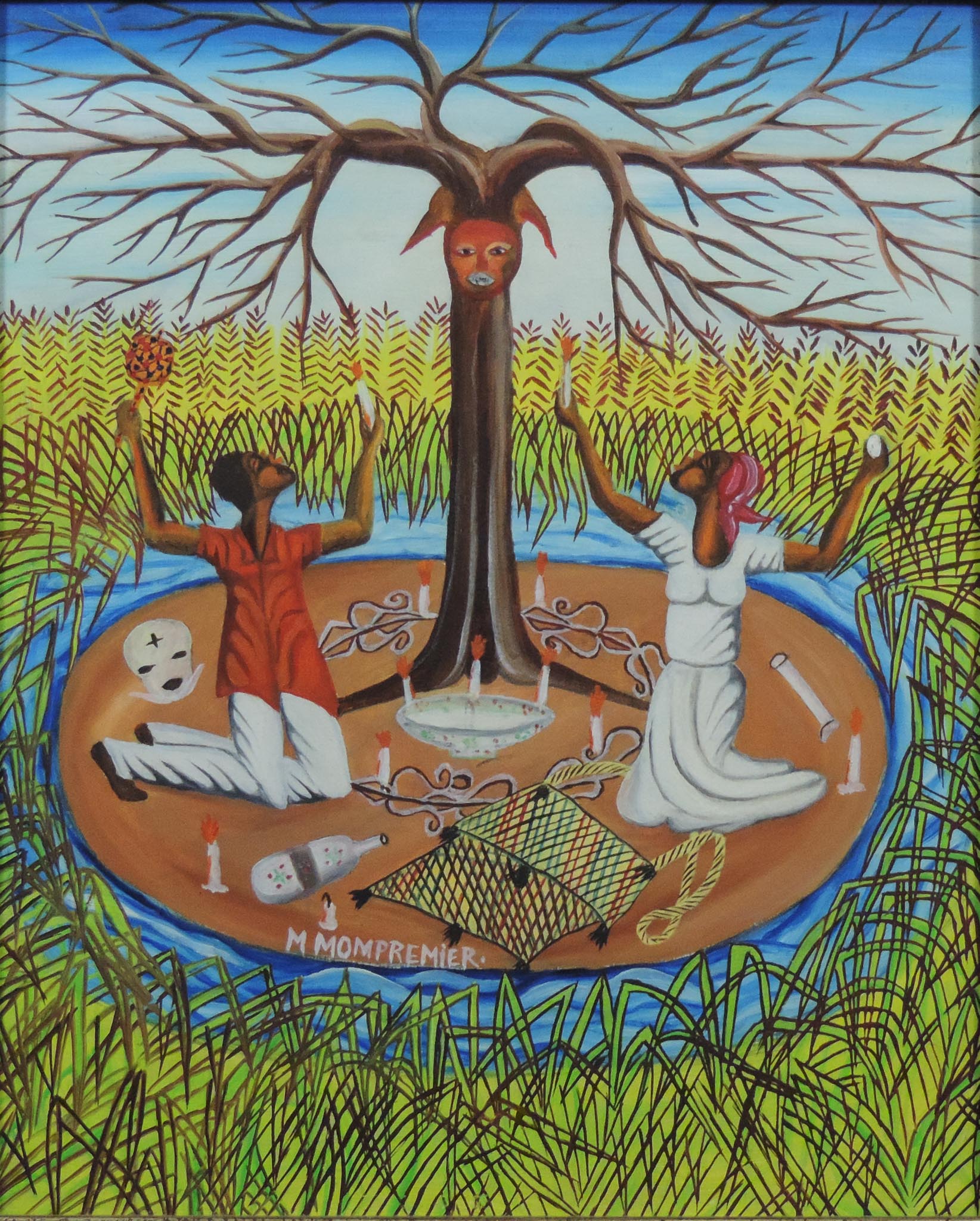 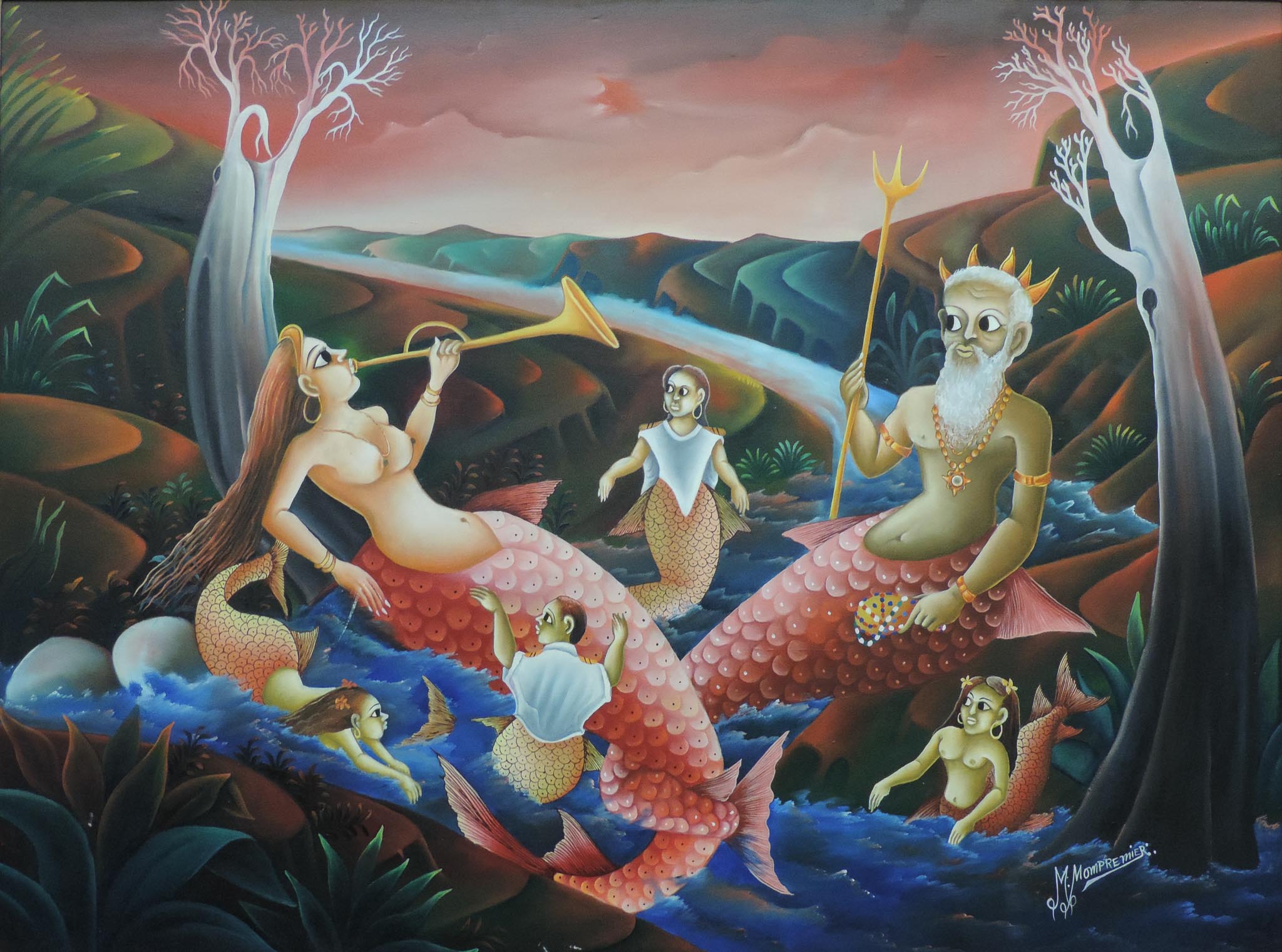 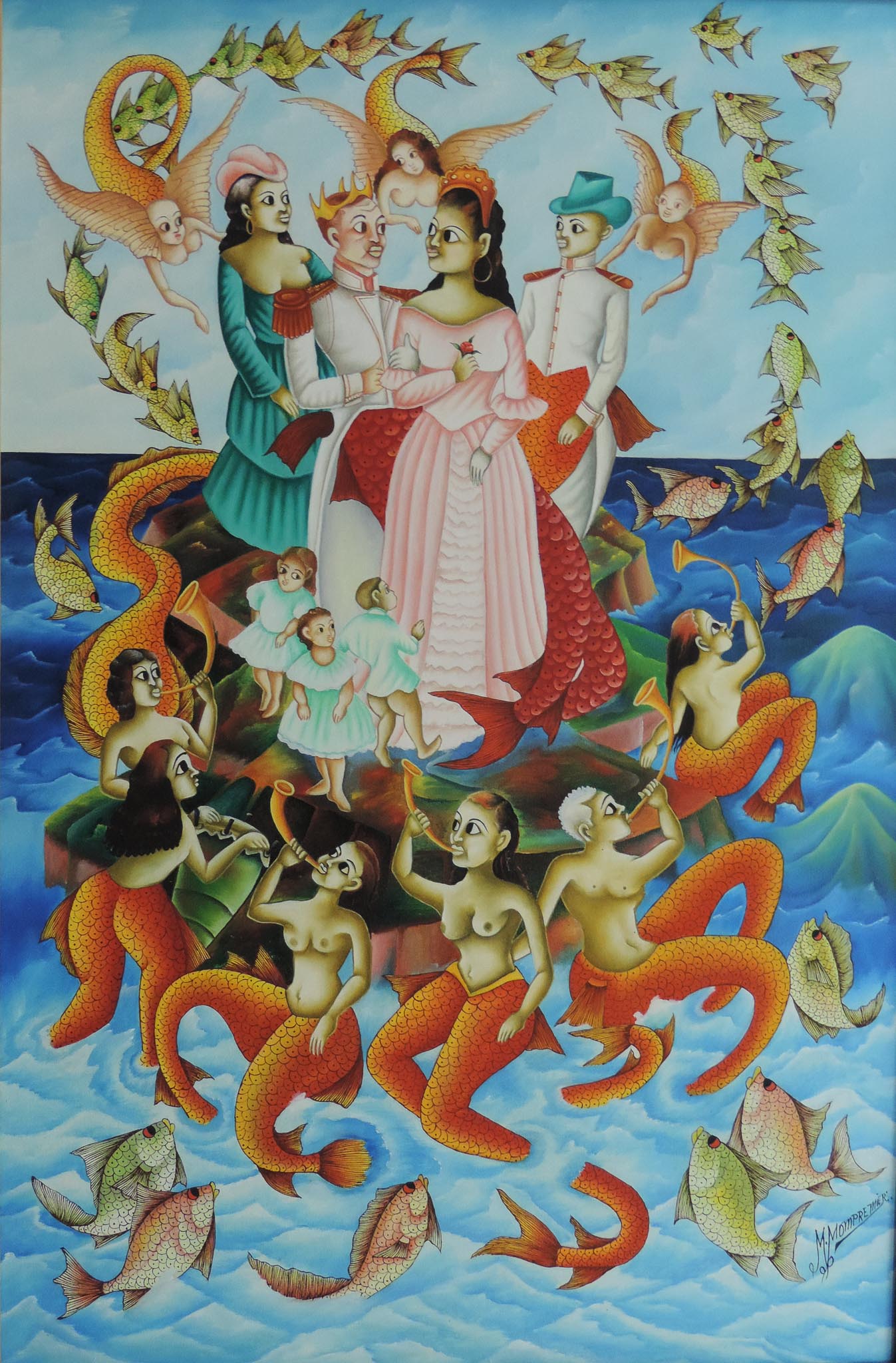 Marriage of Agwe and LaSirene, 2000s 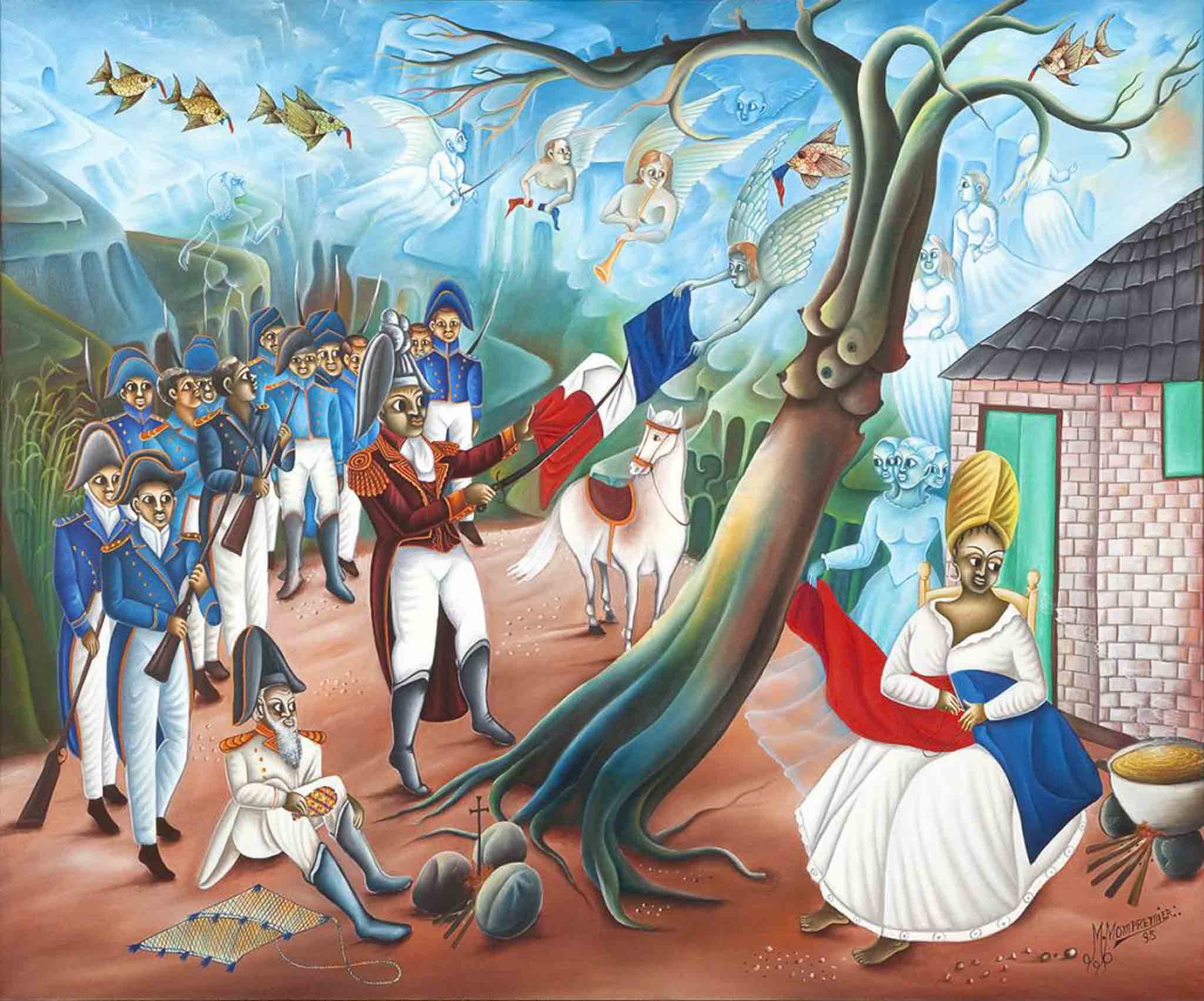 Dessalines Ripping the White from the Flag, 1995