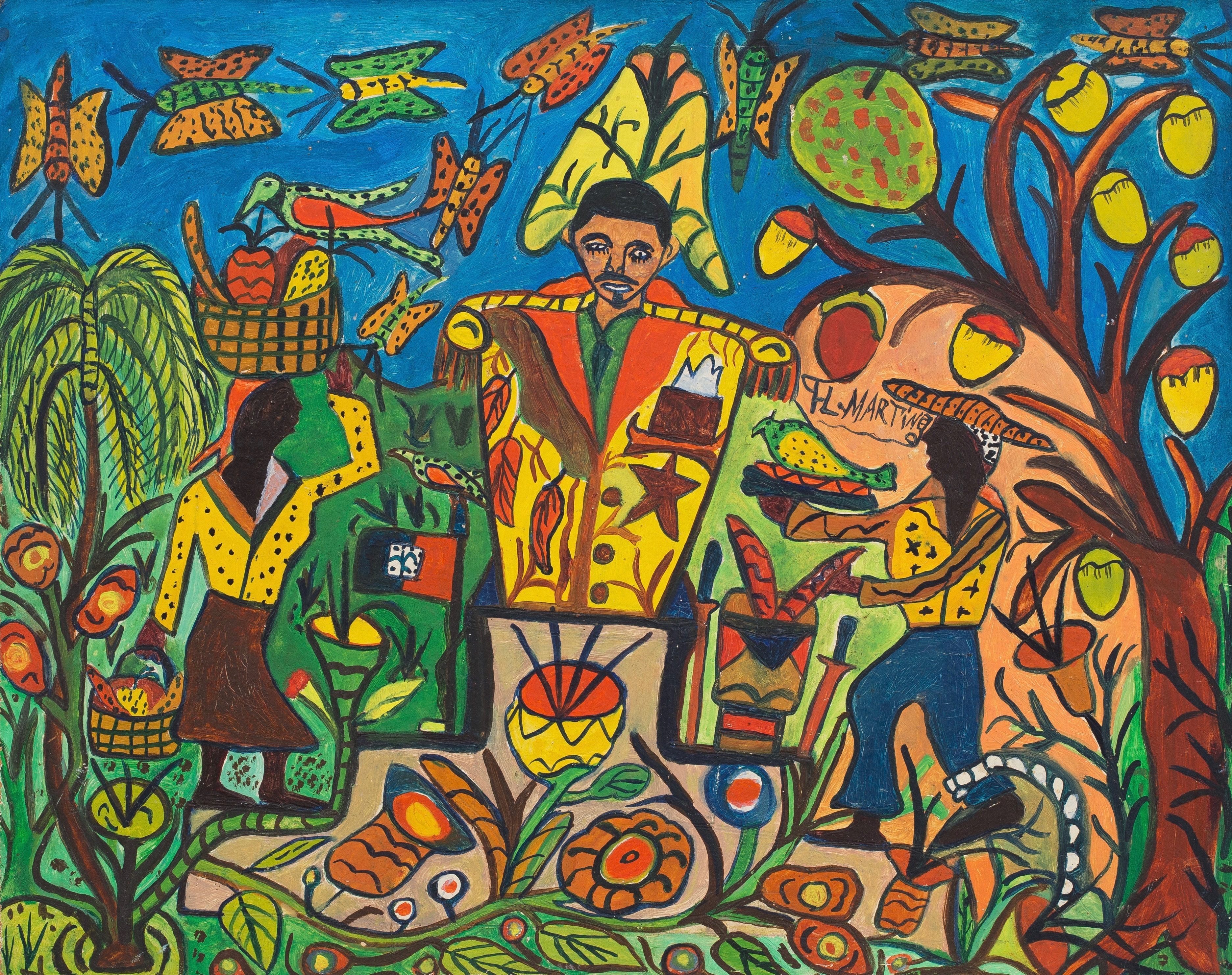 
Florence Martinez was born in Jacmel, Haiti in 1940. He started to paint at the Centre d’Art in 1959. Early in his career he won a painting competition held by the Asssociation des Dames du Corps Diplomatique. He was one of the last painters to add a mural to the walls of the Episcopal Cathedral Sainte Trinite in Port-au-Prince. Now deceased, Martinez colorful work were part of the first selections of Haitian art that were sold in Parke Bernet Galleries and Sothebys to raise funds for the construction of the Centre d'Art which opened on May 22, 1969. 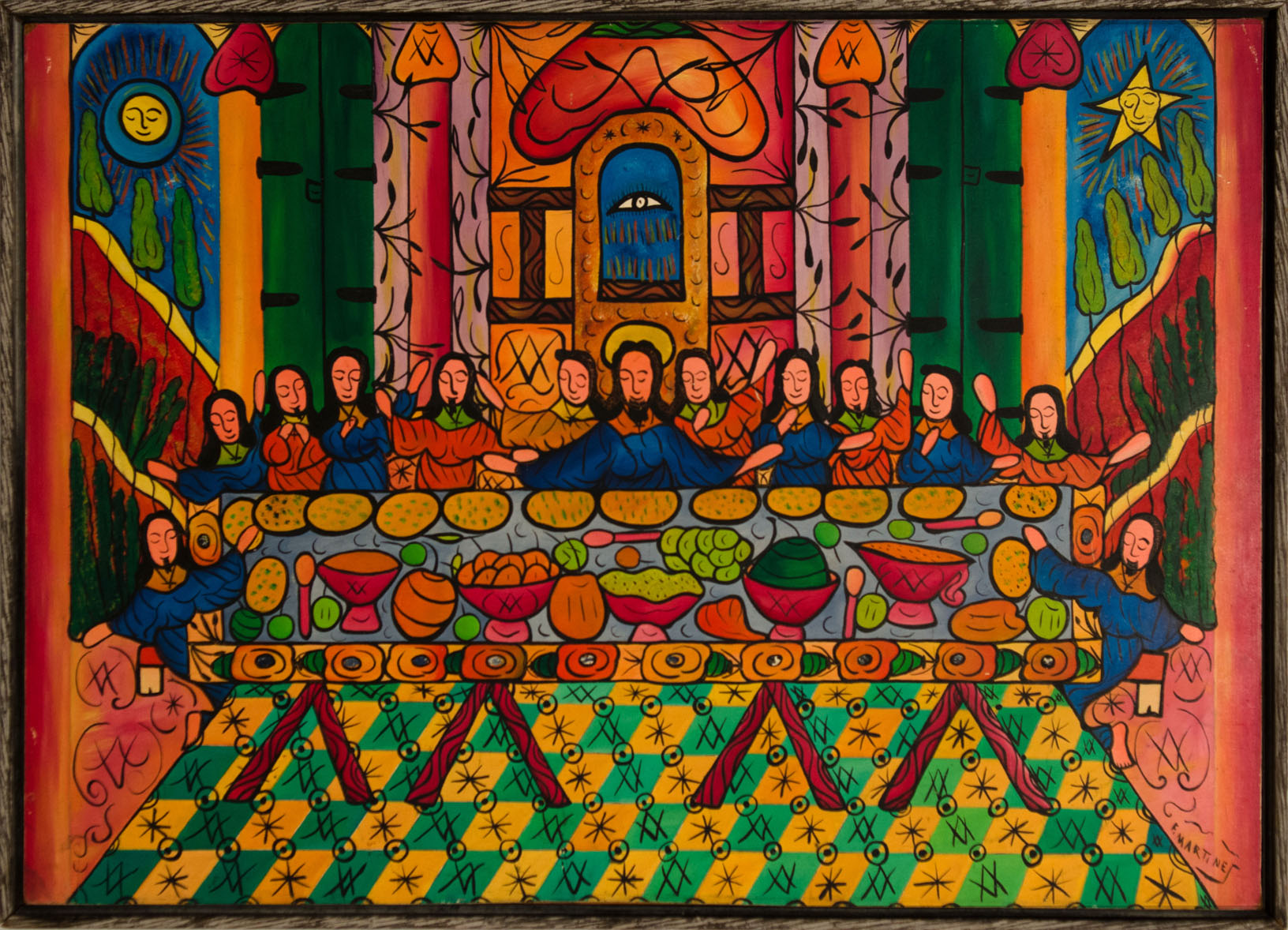 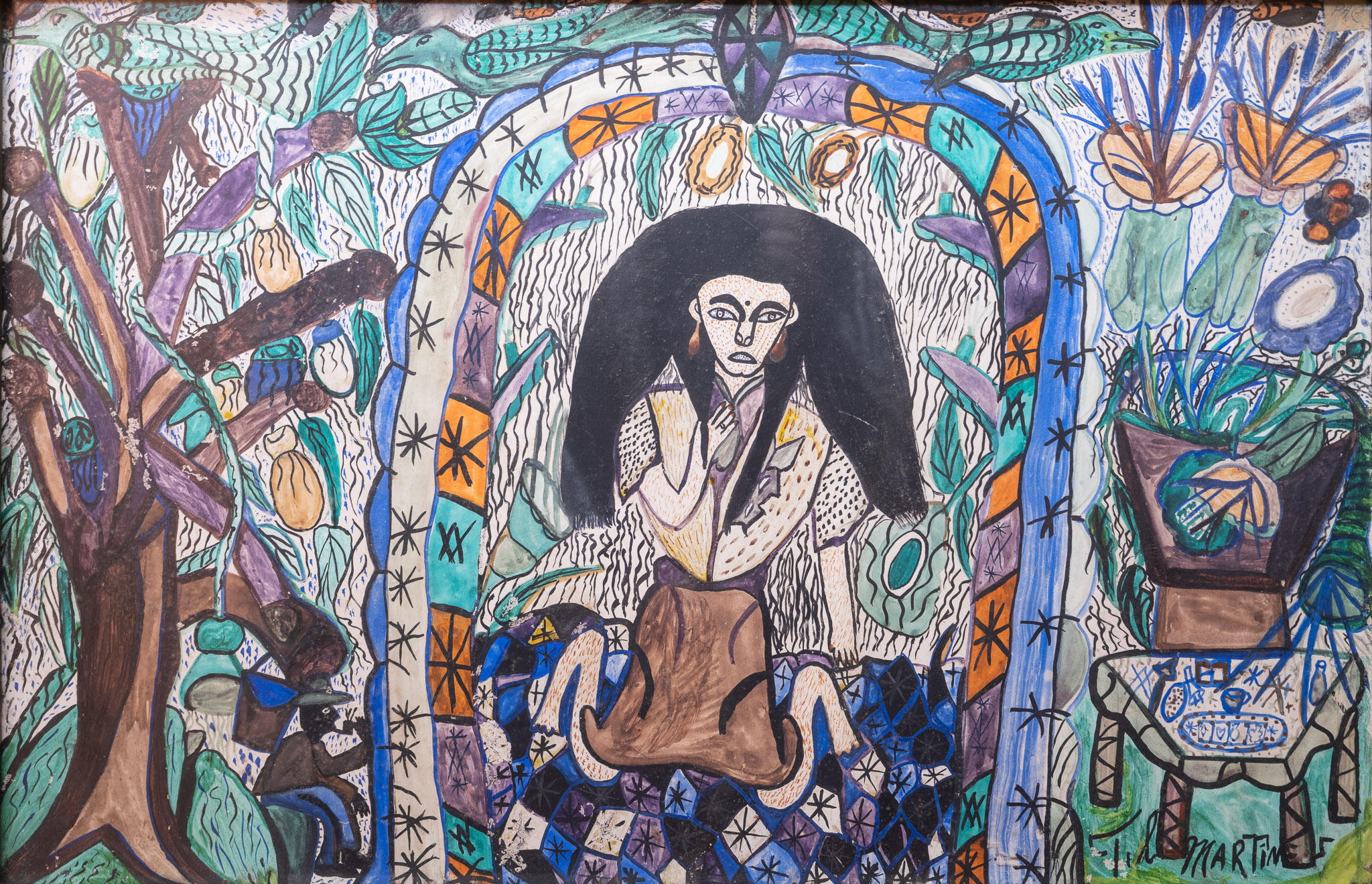 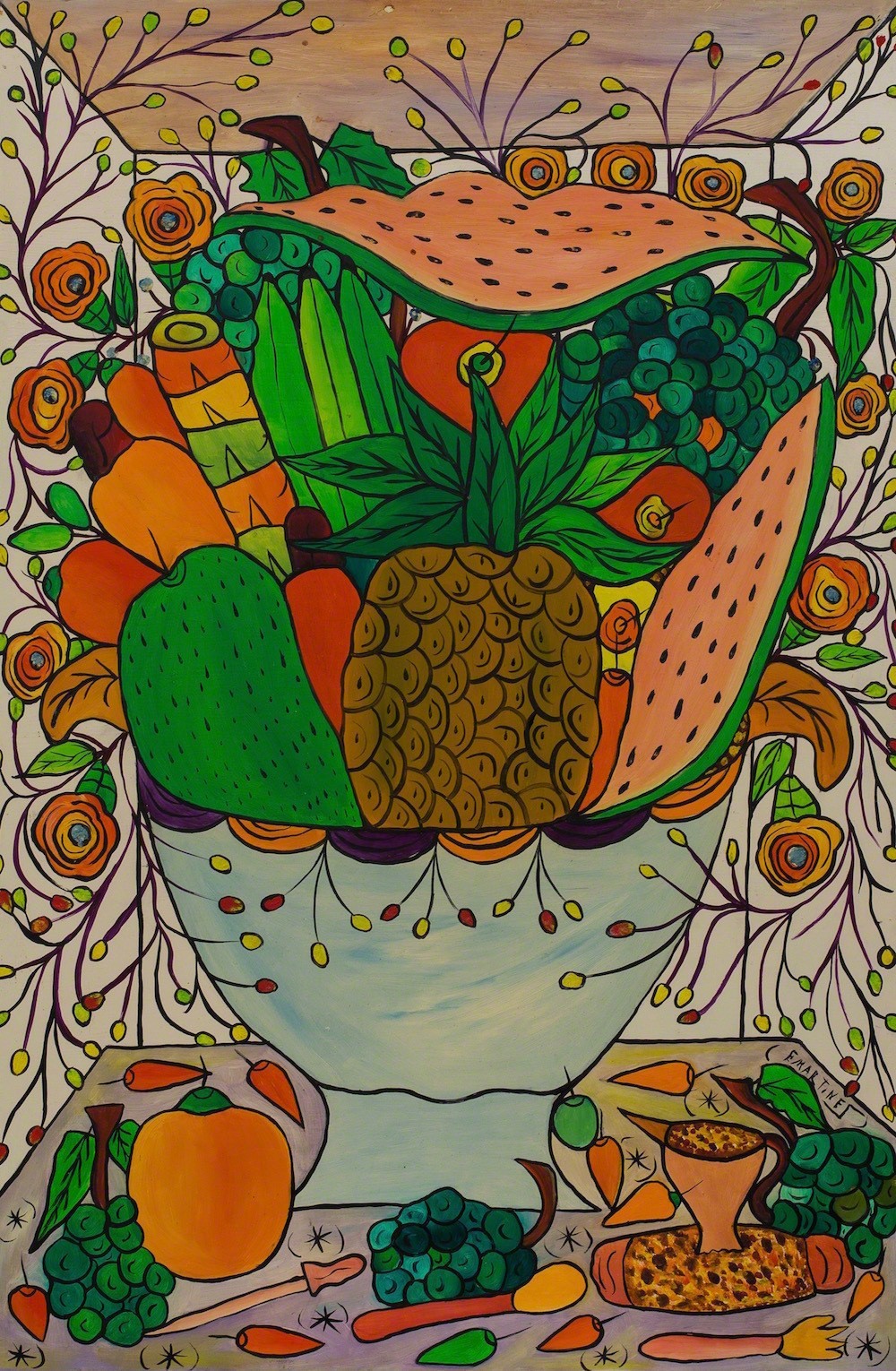