Joseph LOUISJUSTE was born at the Croix des Bouquets in 1940. He is the youngest of the Louisjuste brothers. He began to sculpt in the 60s with Georges Liautaud. Members of the Art Center since 1968, he and his brothers participated in the dissemination of the cut iron technique. They had many students including, among others, Gabriel Bien-Aimé and Serge Jolimeau. Joseph LOUISJUSTE died in 1989. 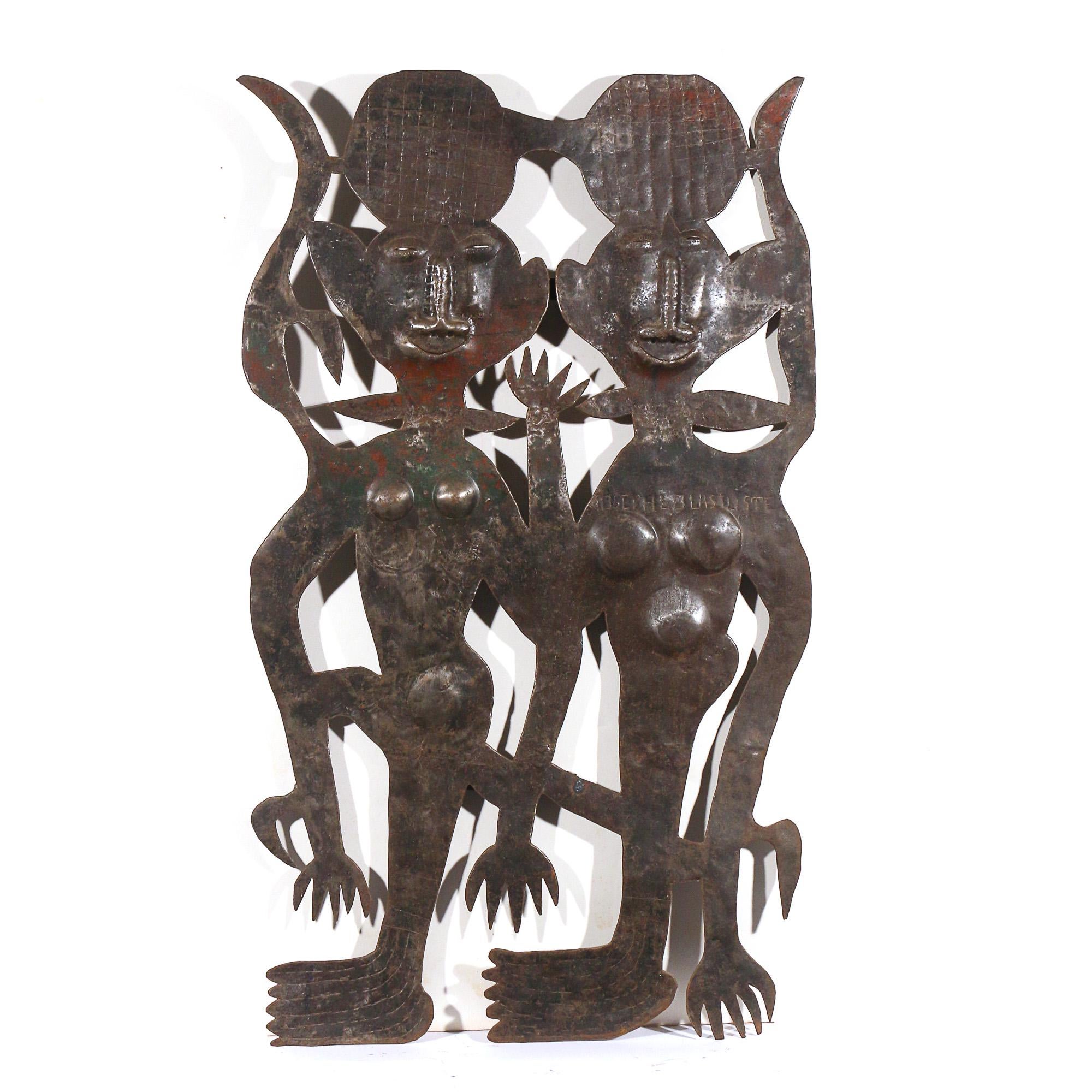