Fritzner Lamour was born in Jacmel in the south of Haiti on December 4, 1950 . At a very early age he became fascinated by the work of his neighbor, Prefete Duffaut. By the early 1960's, he was apprenticed to Duffaut; his job was to paint the tiny figures that inhabited the master's canvasses. Eventually he began to paint his own paintings, passable but unremarkable waterfront scenes. Tiring of these, he moved on to farm scenes, which naturally included chickens. As time passed, the chickens grew larger and somewhat surreal and finally , in a leap, the chickens took on the characteristics of human beings.

By the early 1980's when it was still very dangerous to do so, Lamour was painting political satire; poultry policemen and Ton-Tons Macoute. He was apprehensive as he transported them via tap-tap, public transportation, to the Galerie Monnin. He has since expanded his ouvre to include other animals.

Along the way, under the tutelege of his dealer and mentor Michel Monnin, Lamour has developed a high degree of technical virtuosity. This, combined with his surrealist bent, make him one of the most brilliant members of the Haitian genre known as the School of Monnin, sometimes referred to as the School of Jacmel . His works have been purchased by patrons as diverse as the late New Age musician, Michael Hedges and former French President Francois Mitterand. 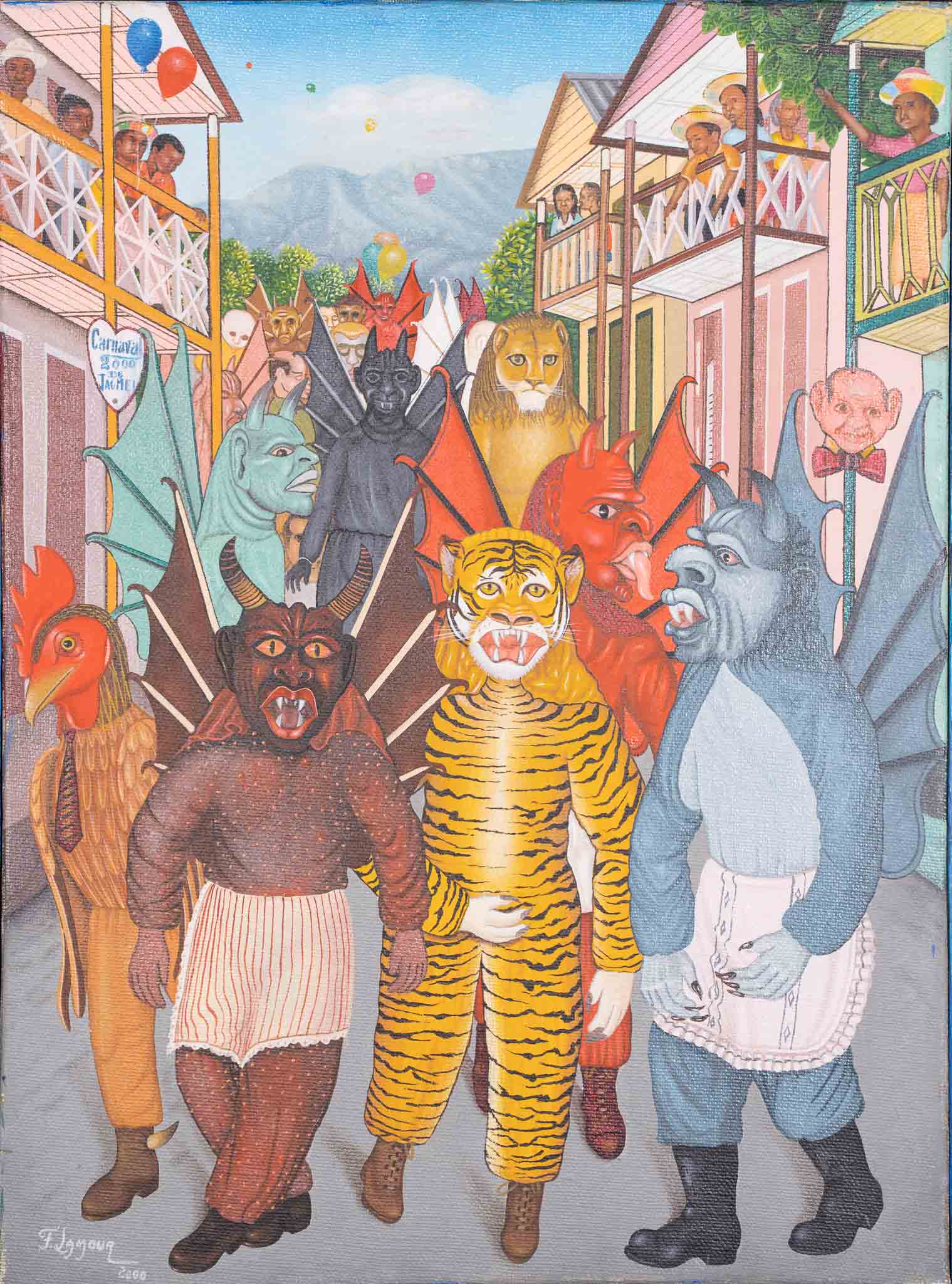