Wesner LaForest, born about 1927, is said to have been a mask-maker before he came to the Centre d’Art in the early 1960s.  He produced a small body of paintings before his reported sudden death during an epileptic seizure a year or so after his arrival. Some also say that the mysterious LaForest simply vanished one day, never to be heard from again.

Whatever his fate, his paintings apparently languished in the Centre d’Art basement until they were discovered by Kurt Bachmann in 1965 and brought to light.

His work is included in the permanent collections of the Wadsworth Atheneum in Hartford, CT,  Ramapo College in Mahwah, NJ and the Museum of Everything in London, UK. 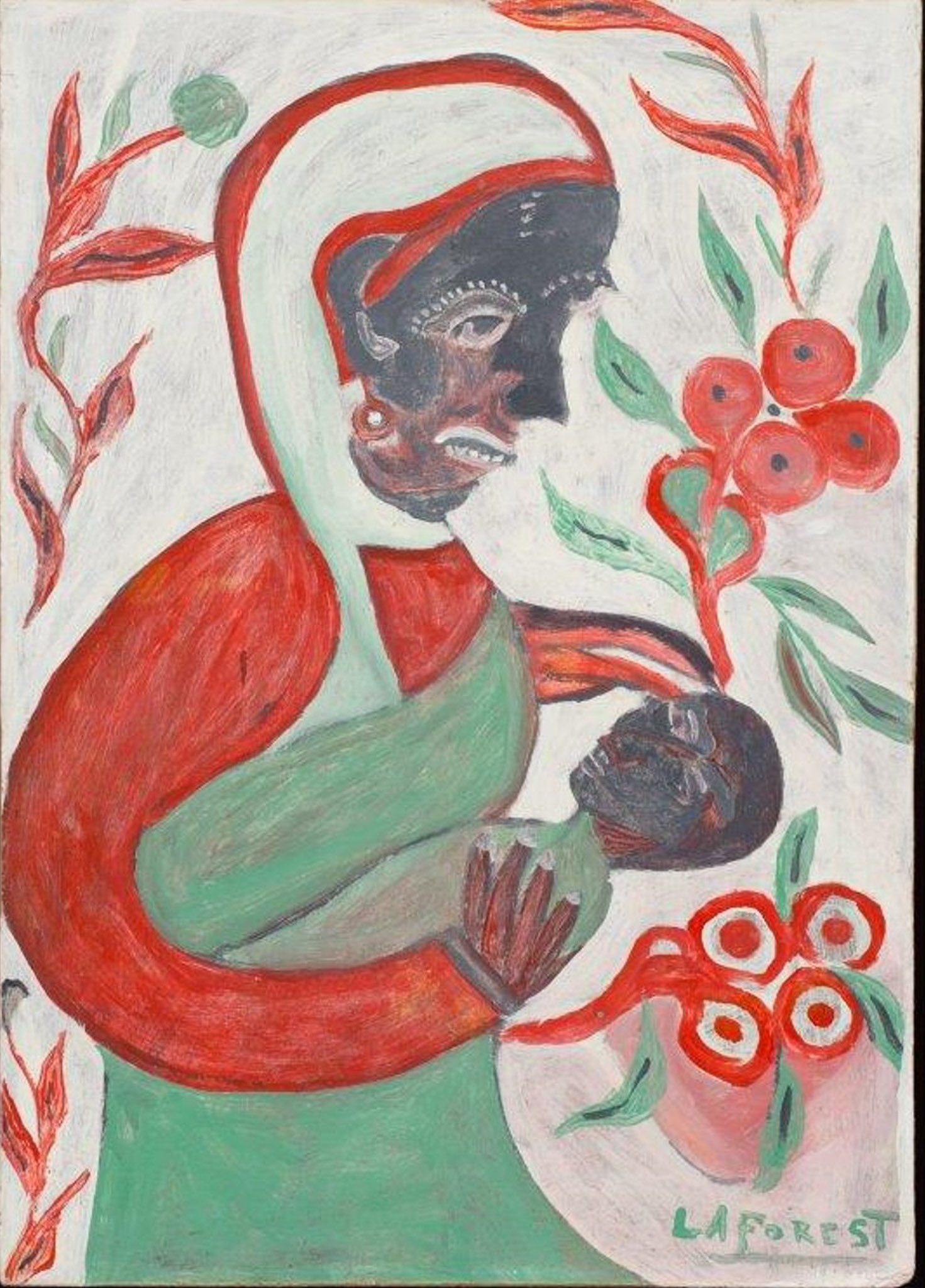 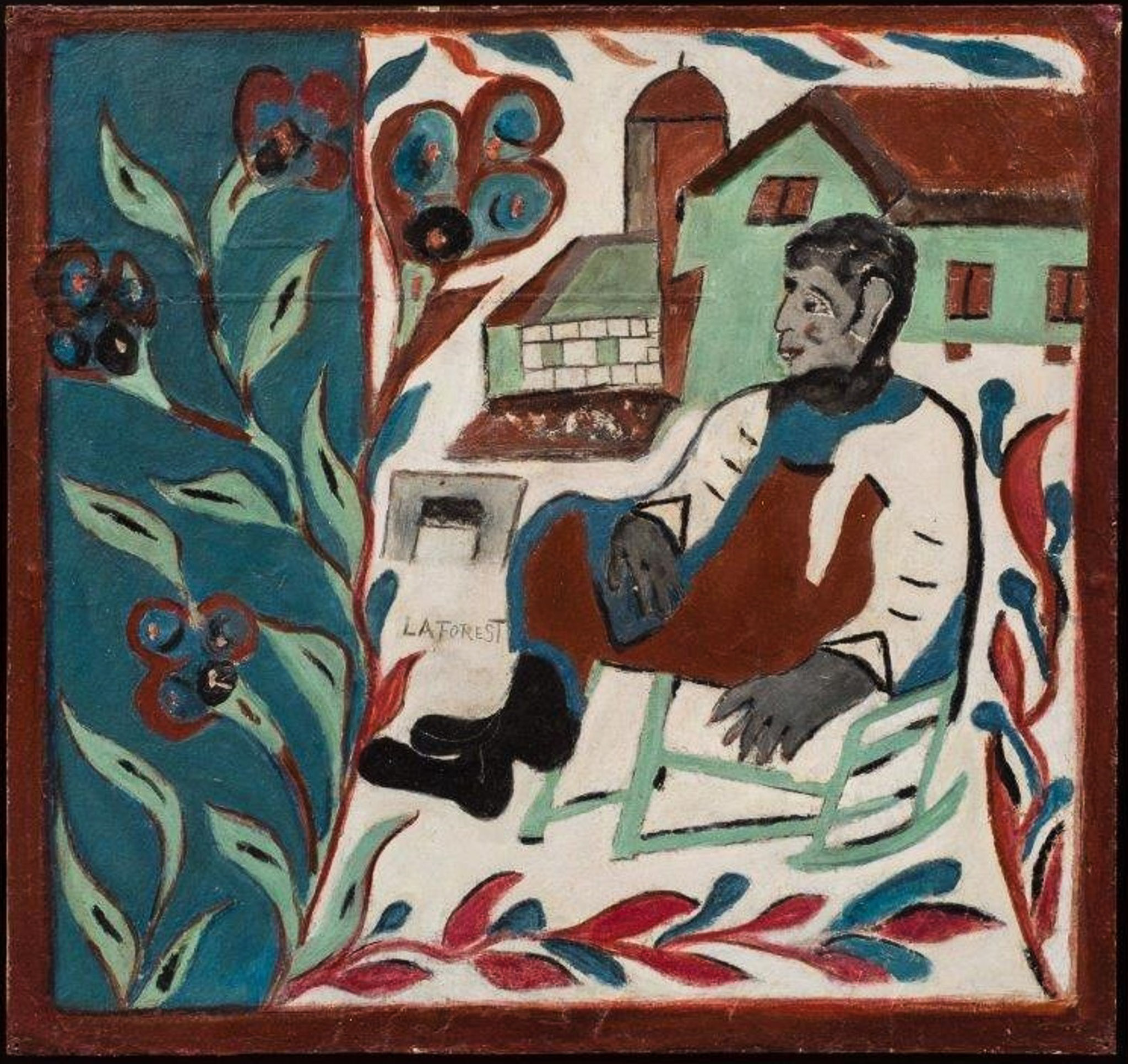 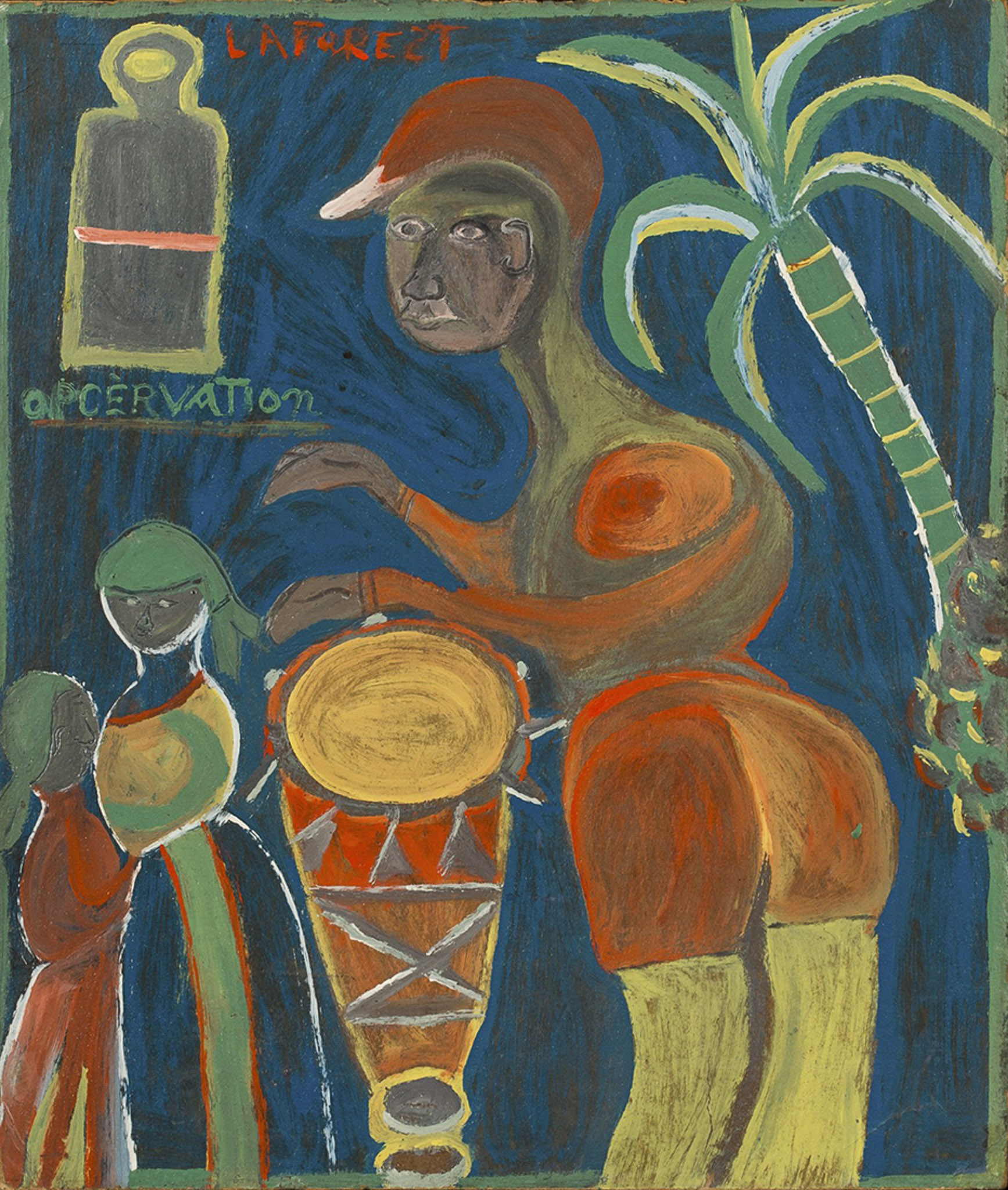 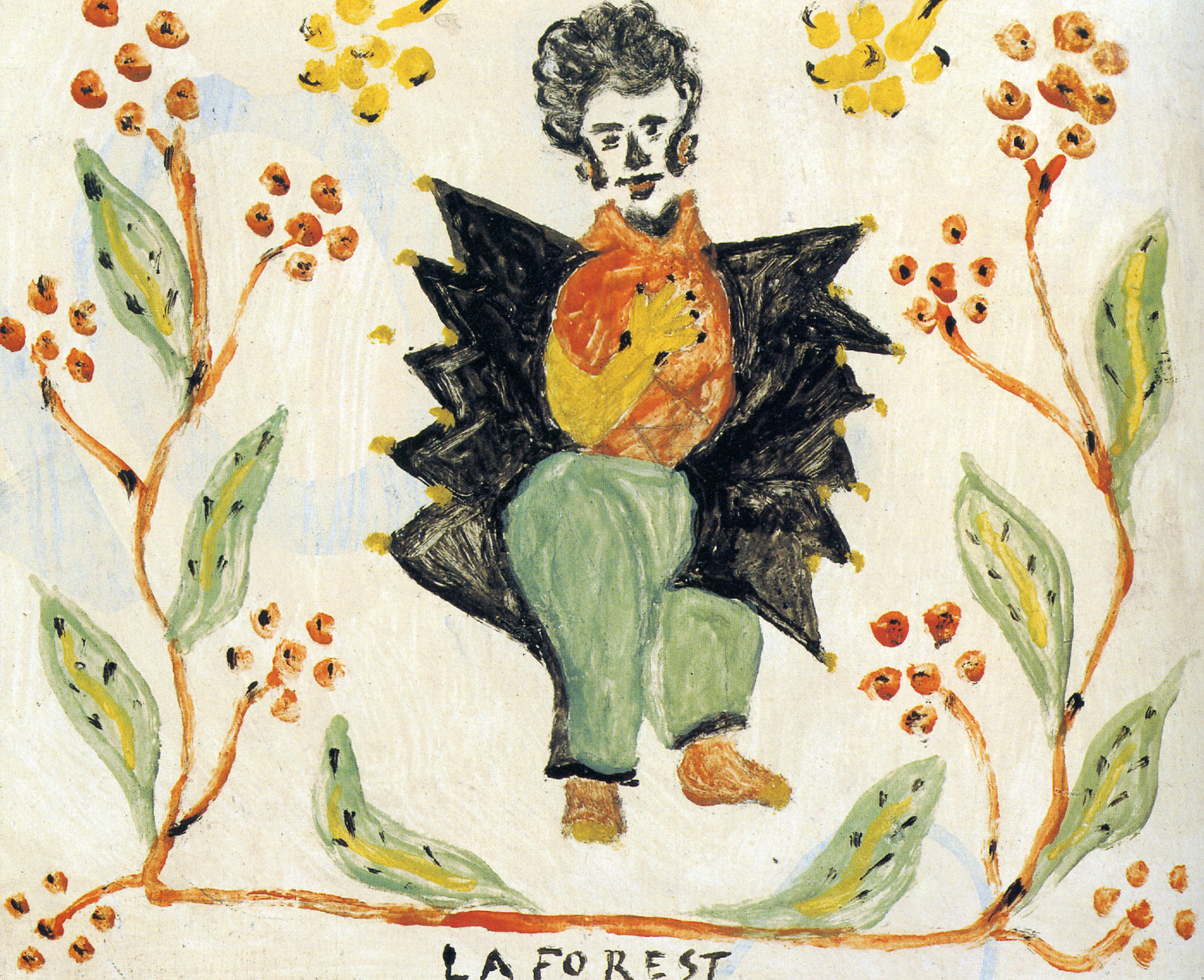