Yves Lafontant was born in Port-au-Prince, Haiti on January 31, 1939. When he was young, his widowed mother married the Haitian master painter, Rigaud Benoit, so Yves was exposed to high quality art very early in his life. He did his first painting at age 12 and later studied at l'Academie des Artes Plastiques. In 1967 he went to the United States and studied Art and English at Brooklyn College. His work has been described as "modern primitive"; his subject matter is all of Haitian life, spanning the two centuries of Haiti's existence and may depict a colonial carriage ride or a modern day vodou ceremony. He is an expert painter, producing works of charm and honesty that impart wonderful feelings to the room in which they are placed. In the book Artistes en Haiti, Yves says that to him an artist is part journalist, part psychologist and part ethnologist. He does not drink, smoke or take drugs so that his mind is clear . 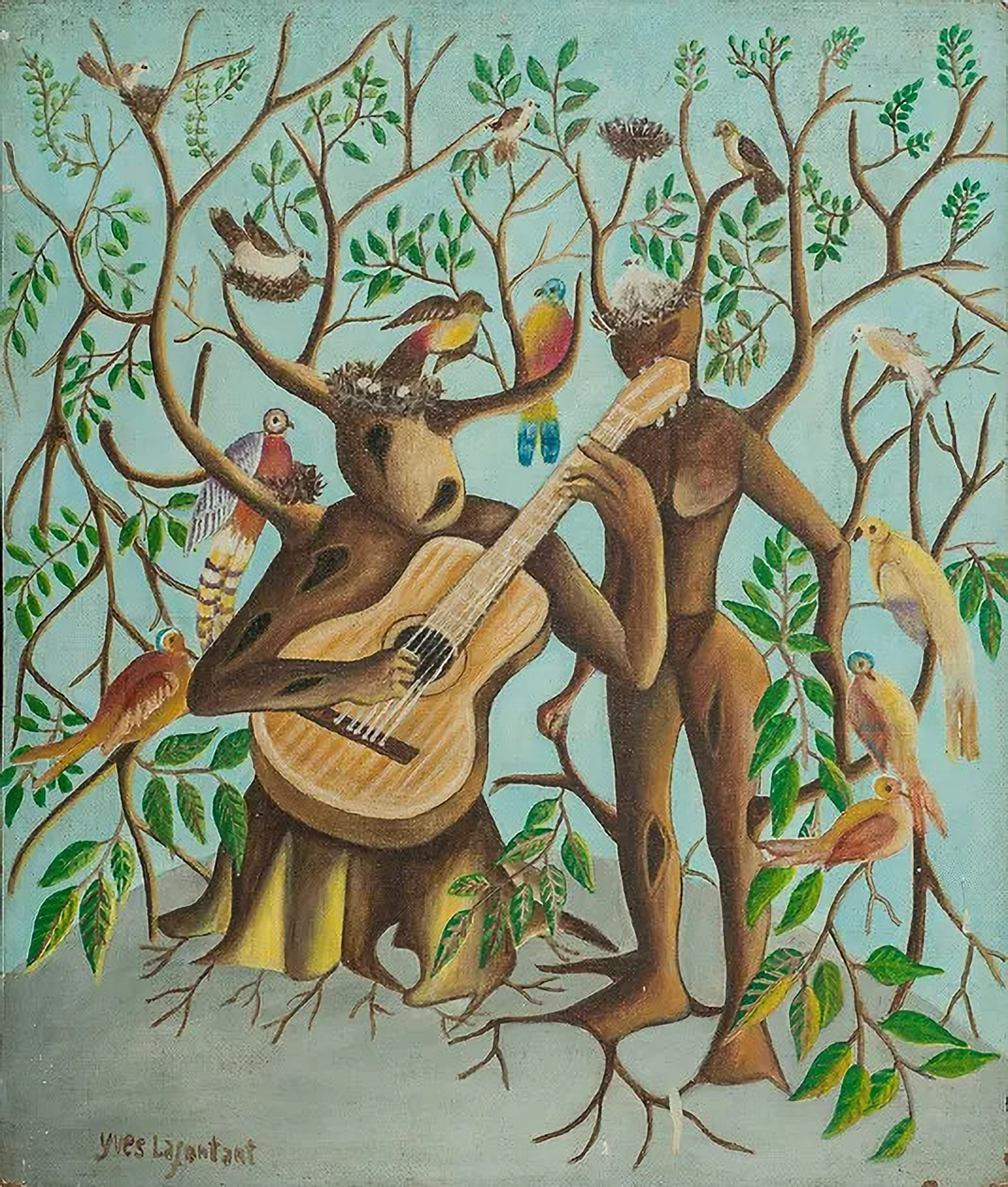