Jorelus was born on December 8, 1939 in Leogane, Haiti. His father was a farmer and his mother was a hairdresser. He lived in the countryside until he finished primary school, then he moved to Petionville to learn to be a pastry chef. He claims to be able to make a wonderful cake. During this time he had a second job as a packer at the Centre d'Art.

He did not paint his first painting until age 43. His source of inspiration is Vodou. He is a practitioner and attends ceremonies on a regular basis, but is not an initiate, claiming that it would require him to devote all of his time to the religion. He was awarded a gold medal in October 1996 from the 3rd Bienal of Caribbean and Central American Artists at the Museum of Modern Art of the Dominican Republic in Santo Domingo. He is one of the few pure self-taught painters in Haiti. 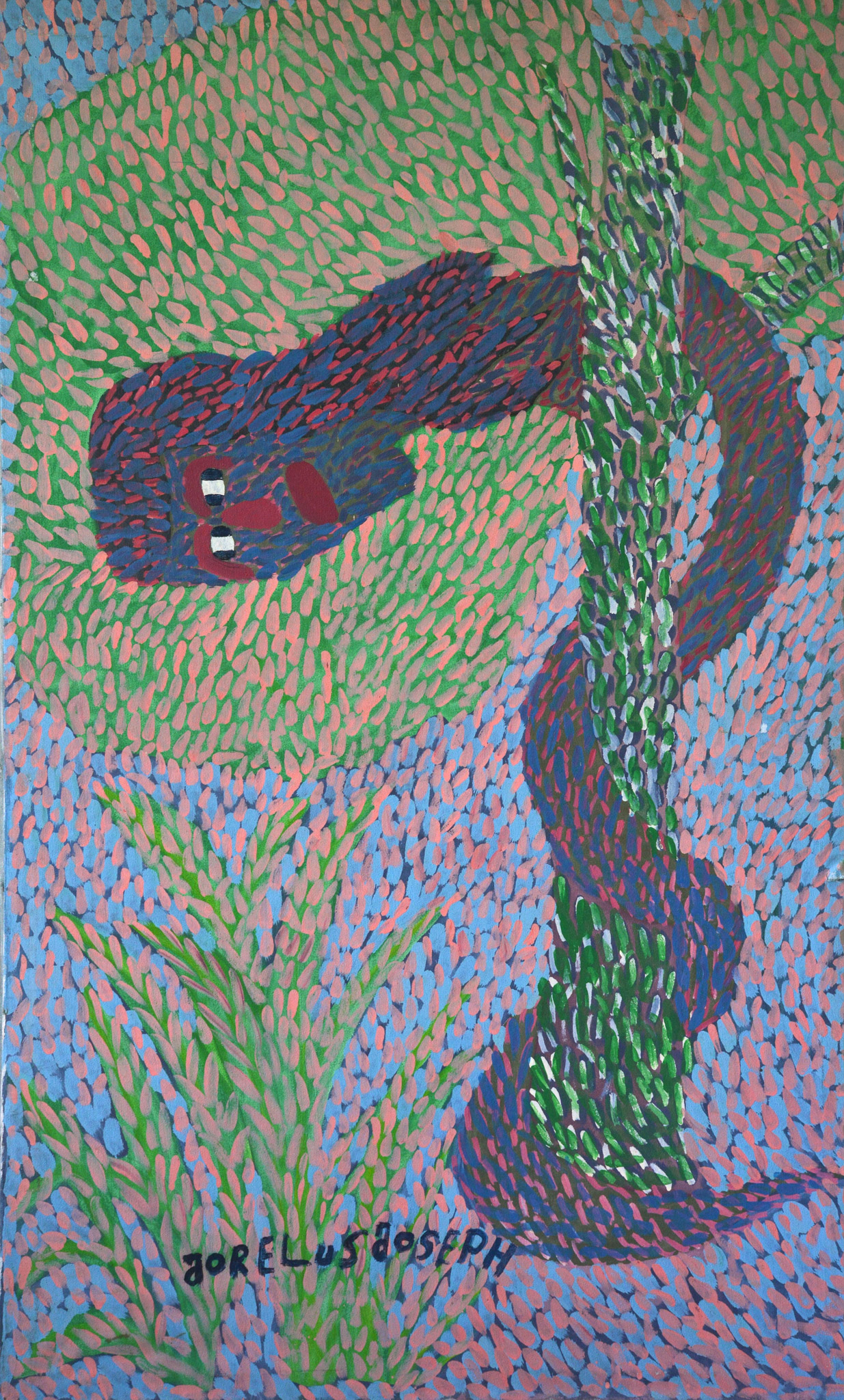