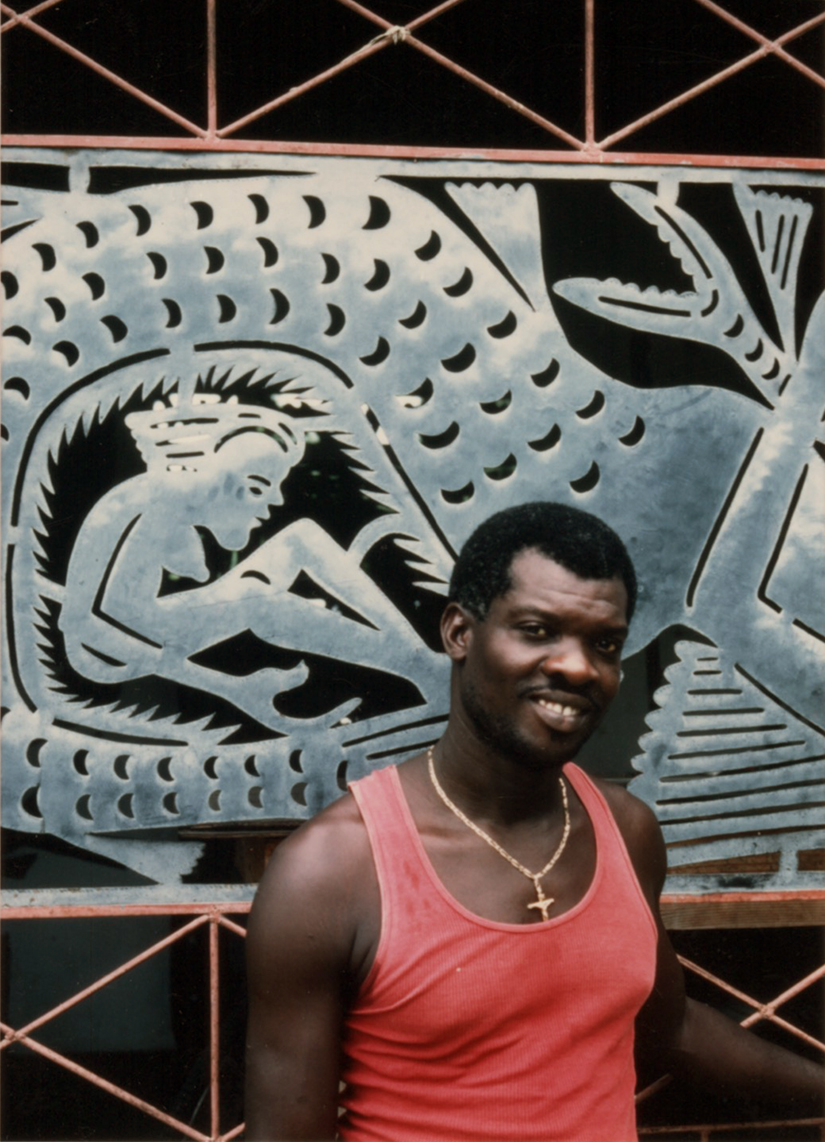 
Serge JOLIMEAU was born in 1952 in Noailles, in Croix des Bouquets. Starting as an apprentice in 1972 under Seresier Louisjuste, he joined Le Centre d’Art that same year. He created his own mythological bestiary and his unique style places him amongst the most famous Haitian artists. Today, he is considered to be the elder of the artistic village of Noailles, even if he is the youngest featured in this exhibit.  In 2009, Serge Jolimeau created a commemorative work for the Clinton Global Citizen Awards. His works have been exhibited in Switzerland, Mexico, Germany, the United States and France, in such places as the Abbaye de Daoulas, the Halle Saint-Pierre, the Grand Palais and the Musée du Montparnasse. His work is part of the permanent collections at the Lowe Museum, the Waterloo Museum, the Brooklyn Museum of Art, the Davenport Museum, the Milwaukee Art Museum, Le Centre d’Art, the Musée d’Art Haïtien du Collège Saint-Pierre and the Musée de Panthéon National Haïtien. 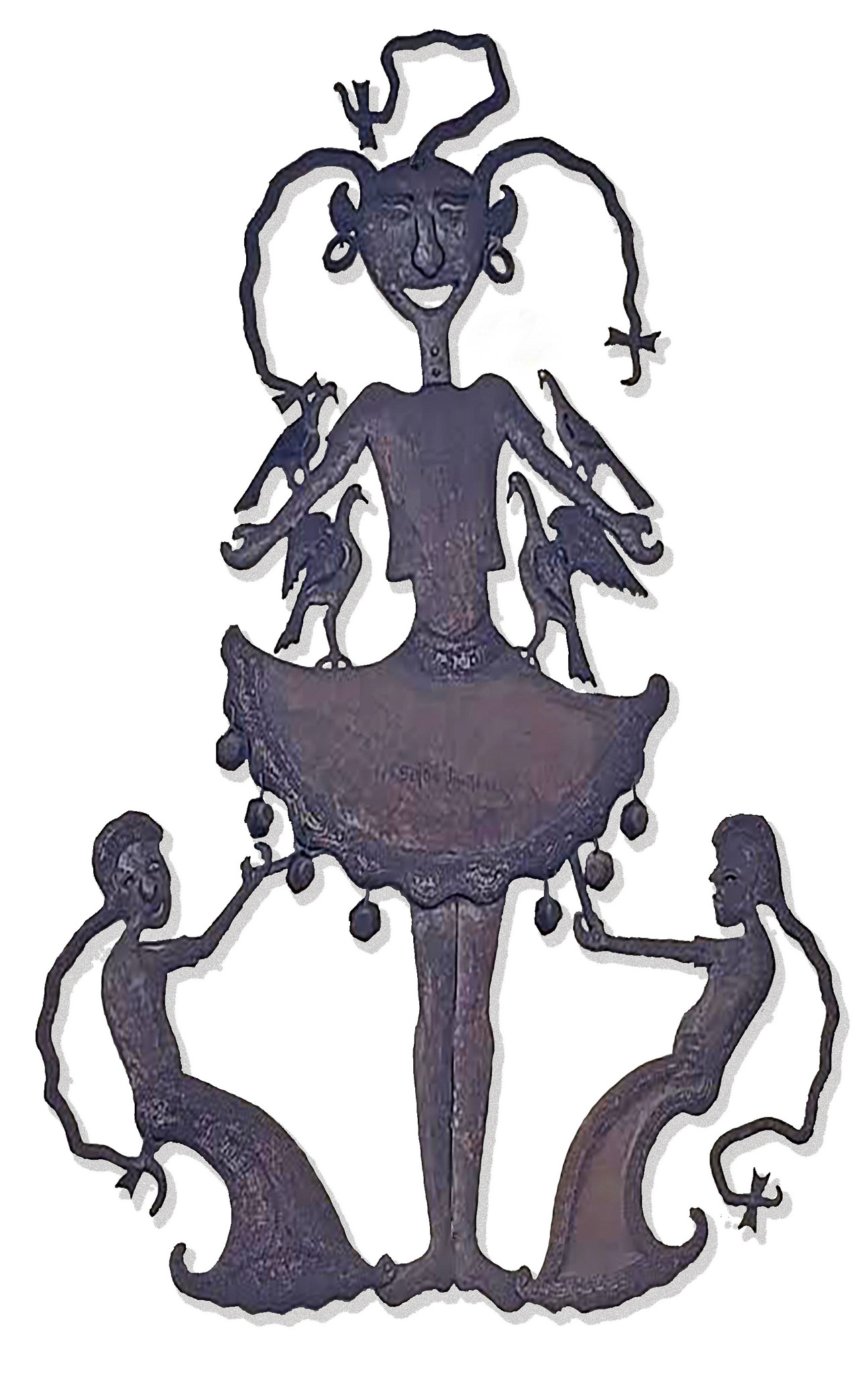 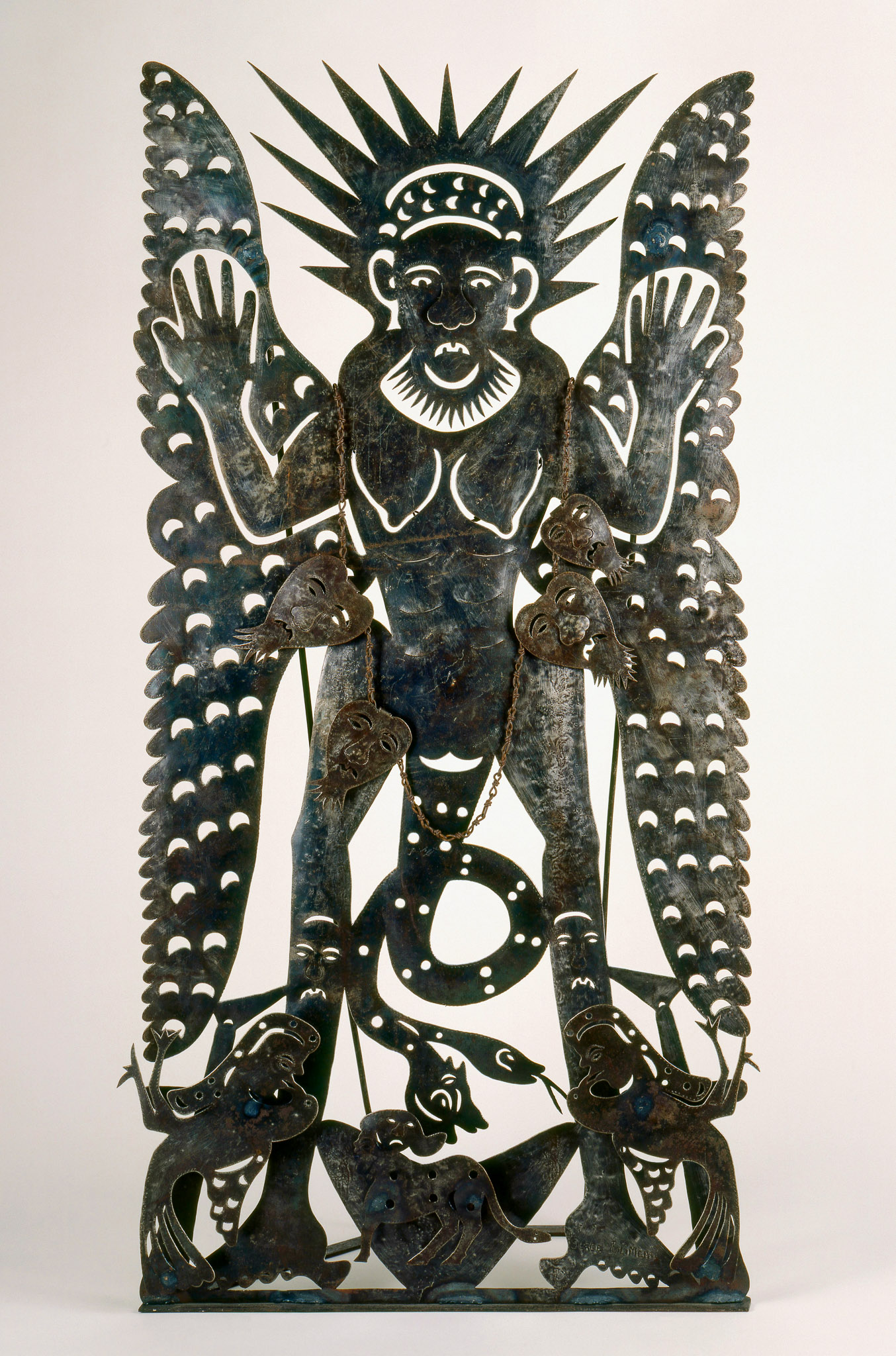