Jean-Baptiste Jean was one of the most outstanding of the history and genre painters of Cap Haïtien. Born in Cap Haïtien, he first studied in the studio of the renowned Philomé Obin. Two years later he went to study in Port-au-Prince, joining the artists of the Centre d’Art. Afterwards he returned to Cap Haïtien where he continued to paint until his untimely death in spring of 2002. He is noted for his scenes of everyday life and special occasions in Cap Haïtien and nearby towns and villages. His refined and precise depictions of Cap Haïtien architecture show actual localities, thus provide a kind of historical documentation. He has also done paintings of scenes of important moments of Haitian history, especially those that took place in the northern part of the country. His works are in museums and private collections in Haiti, United States, Canada, France and Germany, and several are illustrated in books on Haitian art. 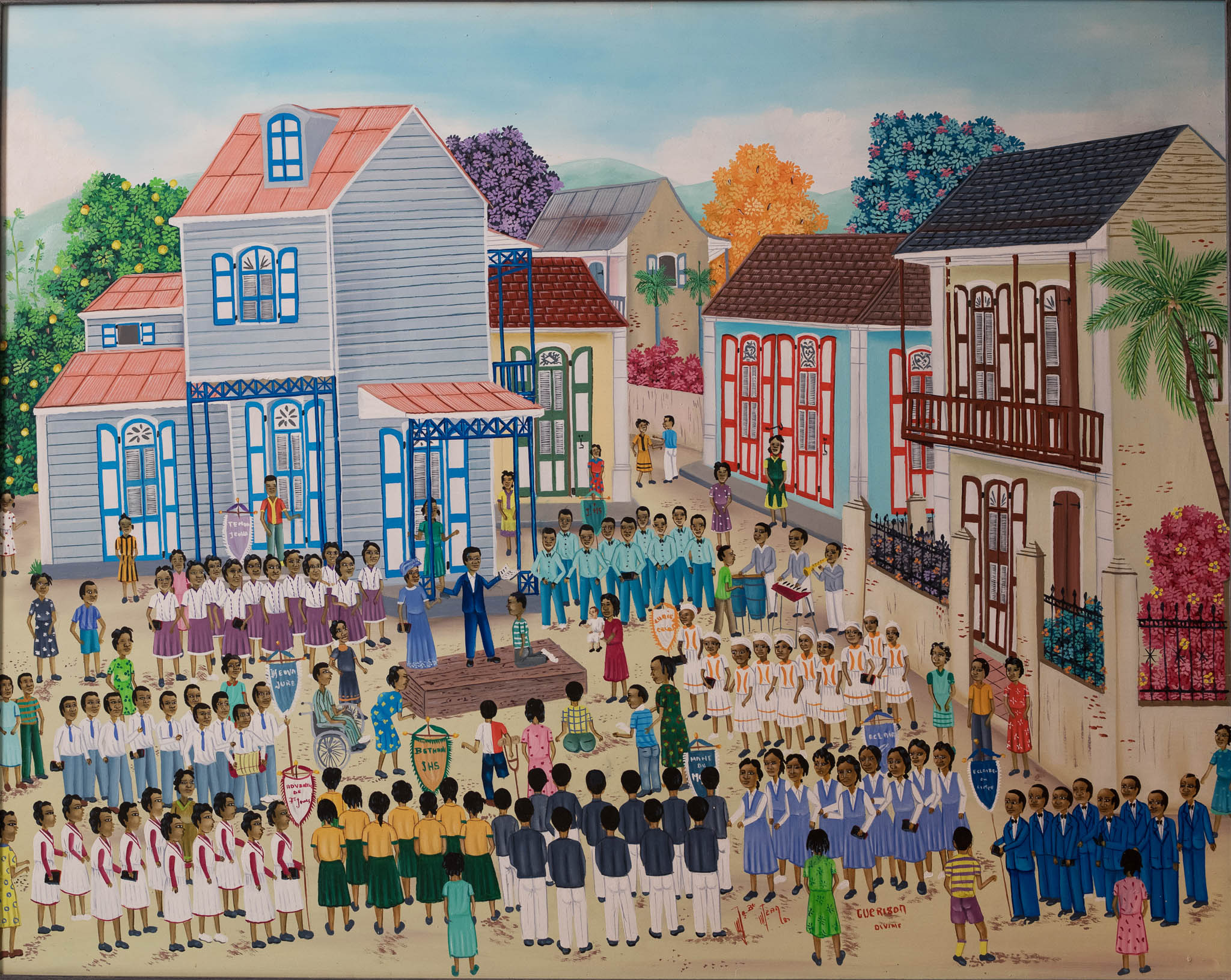 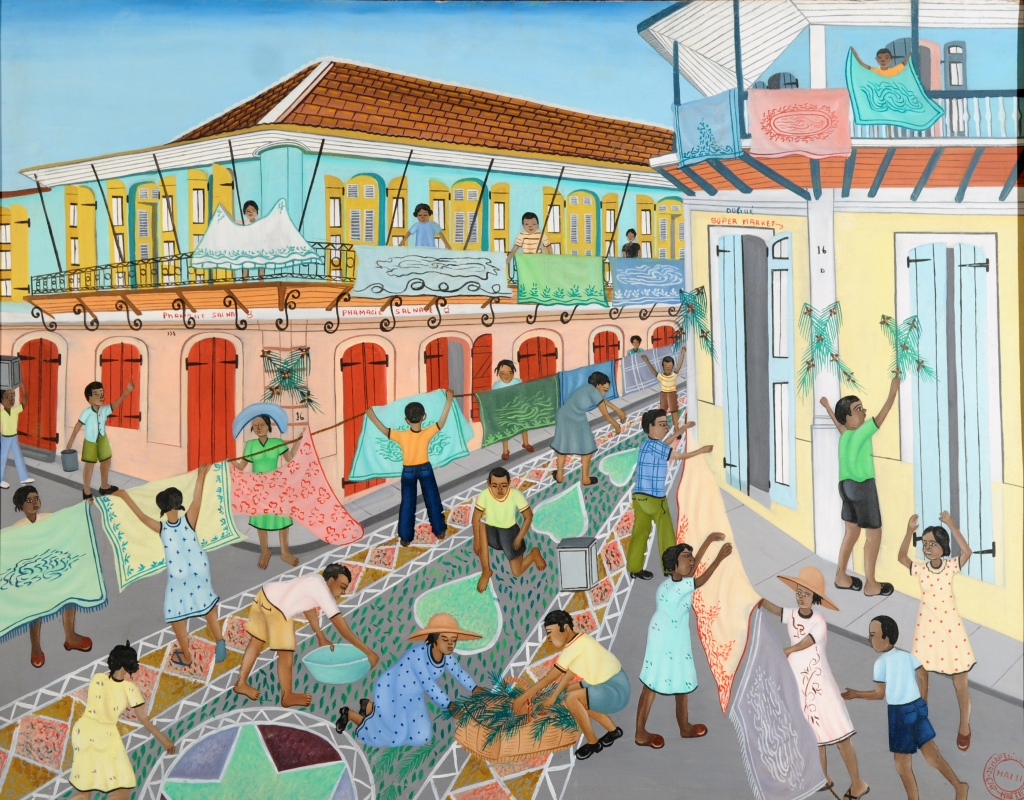 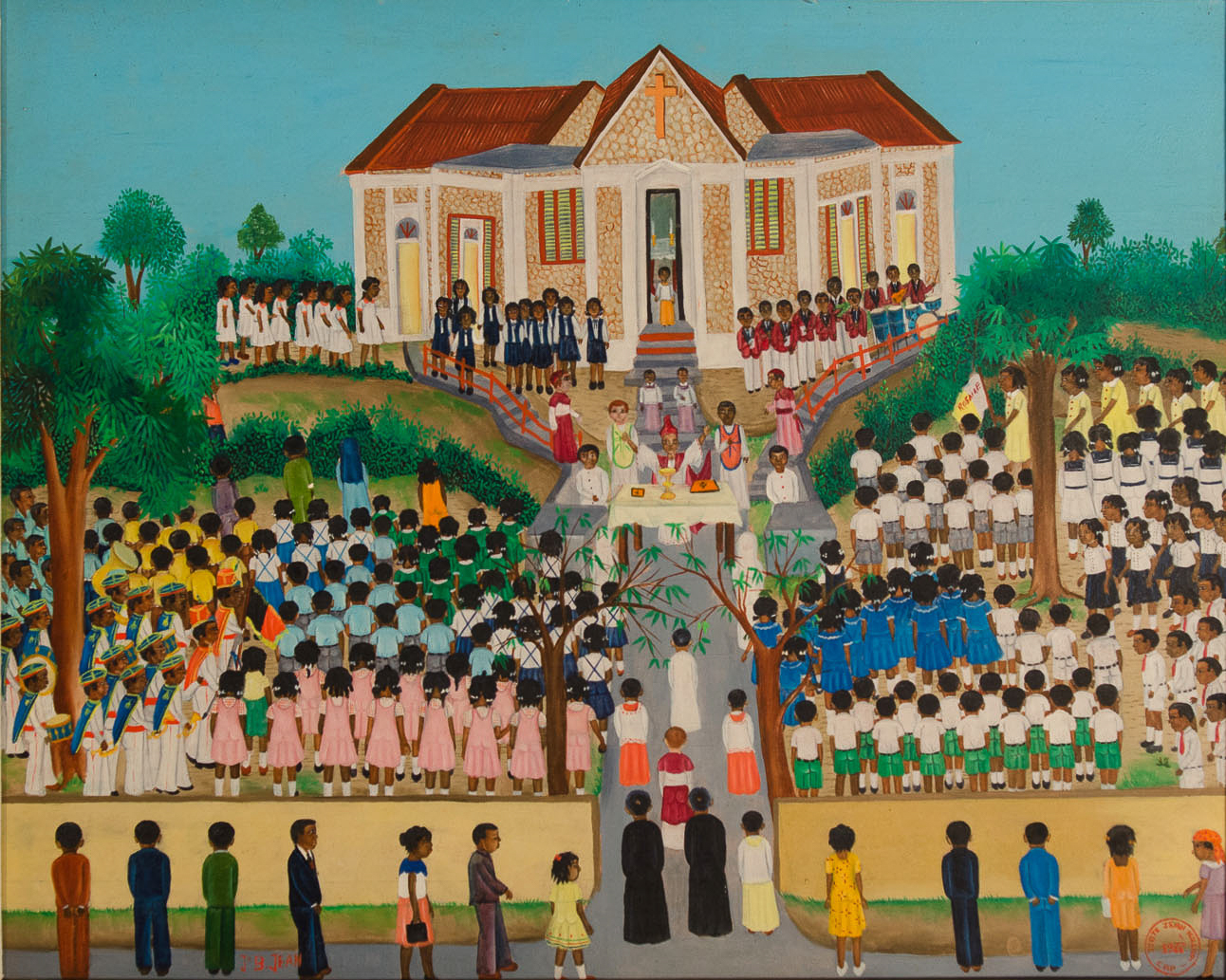 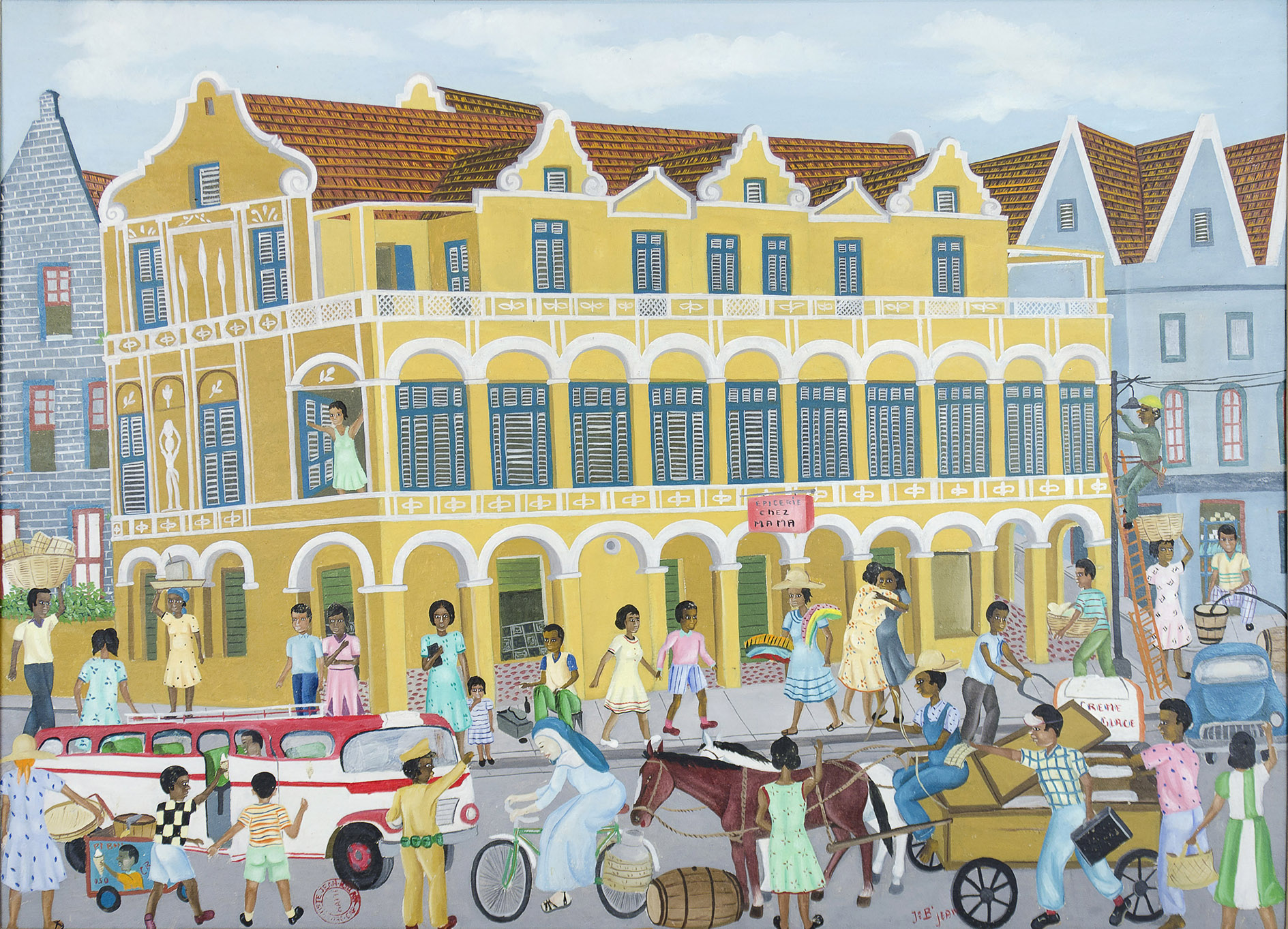 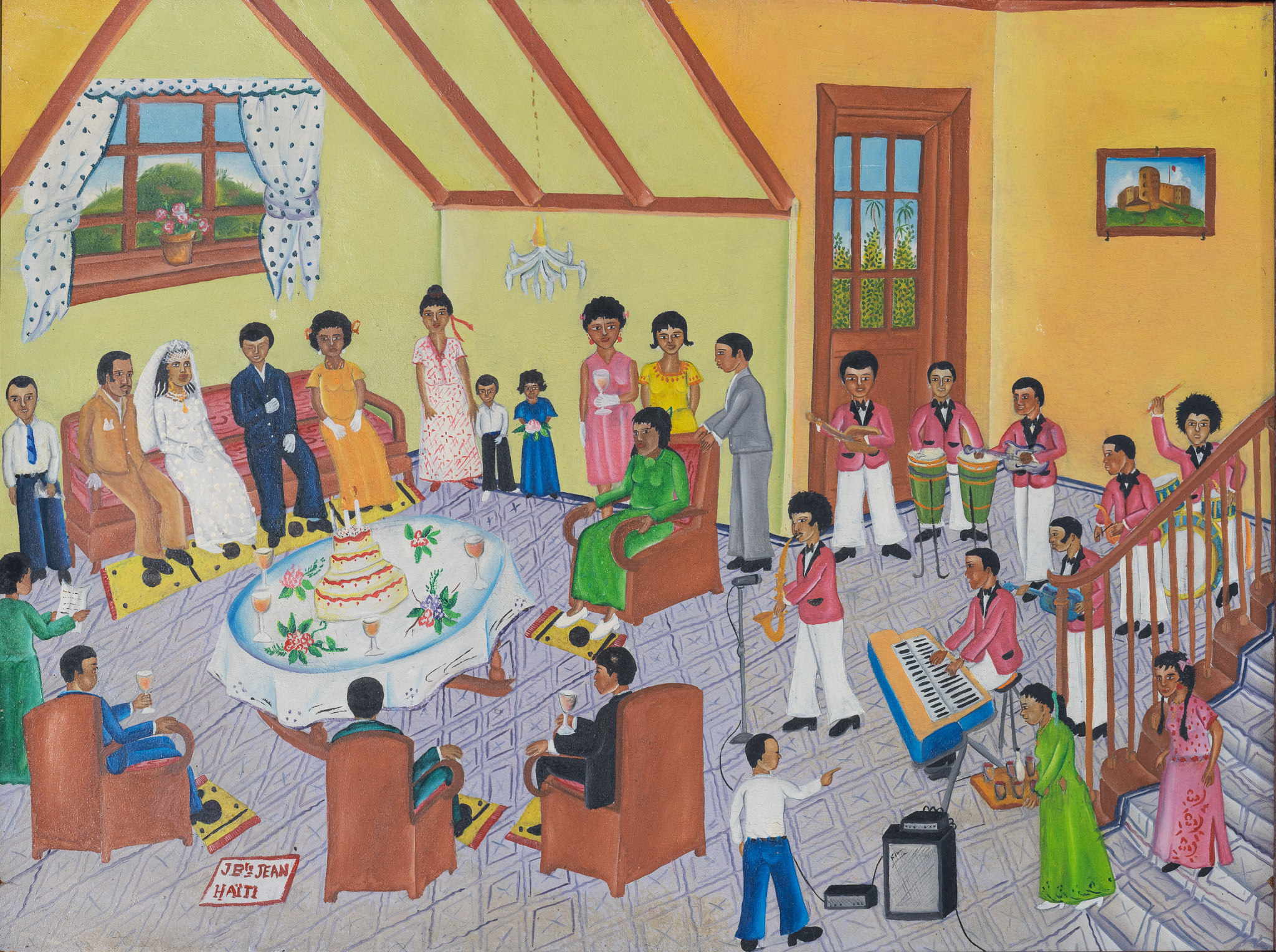 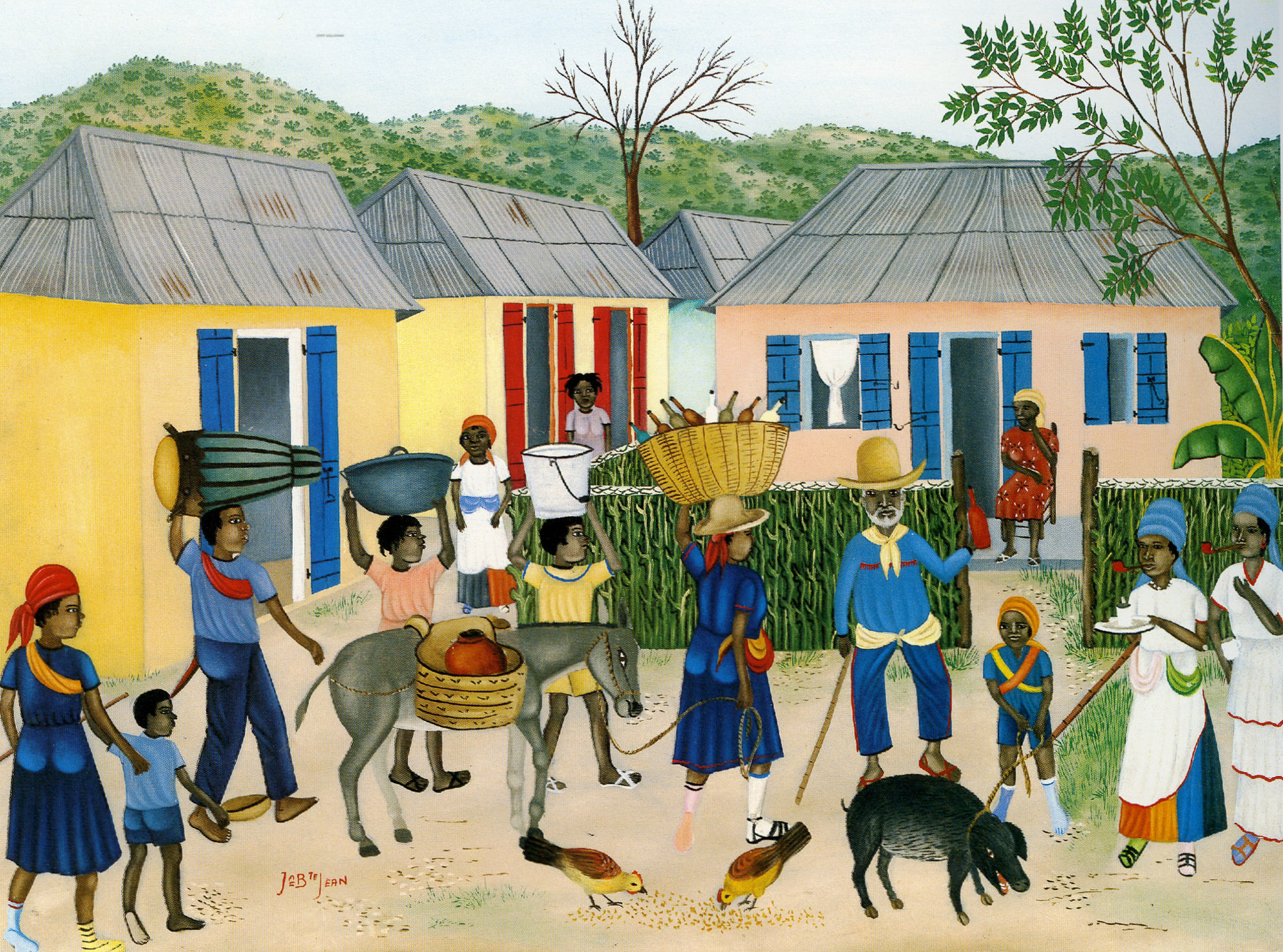 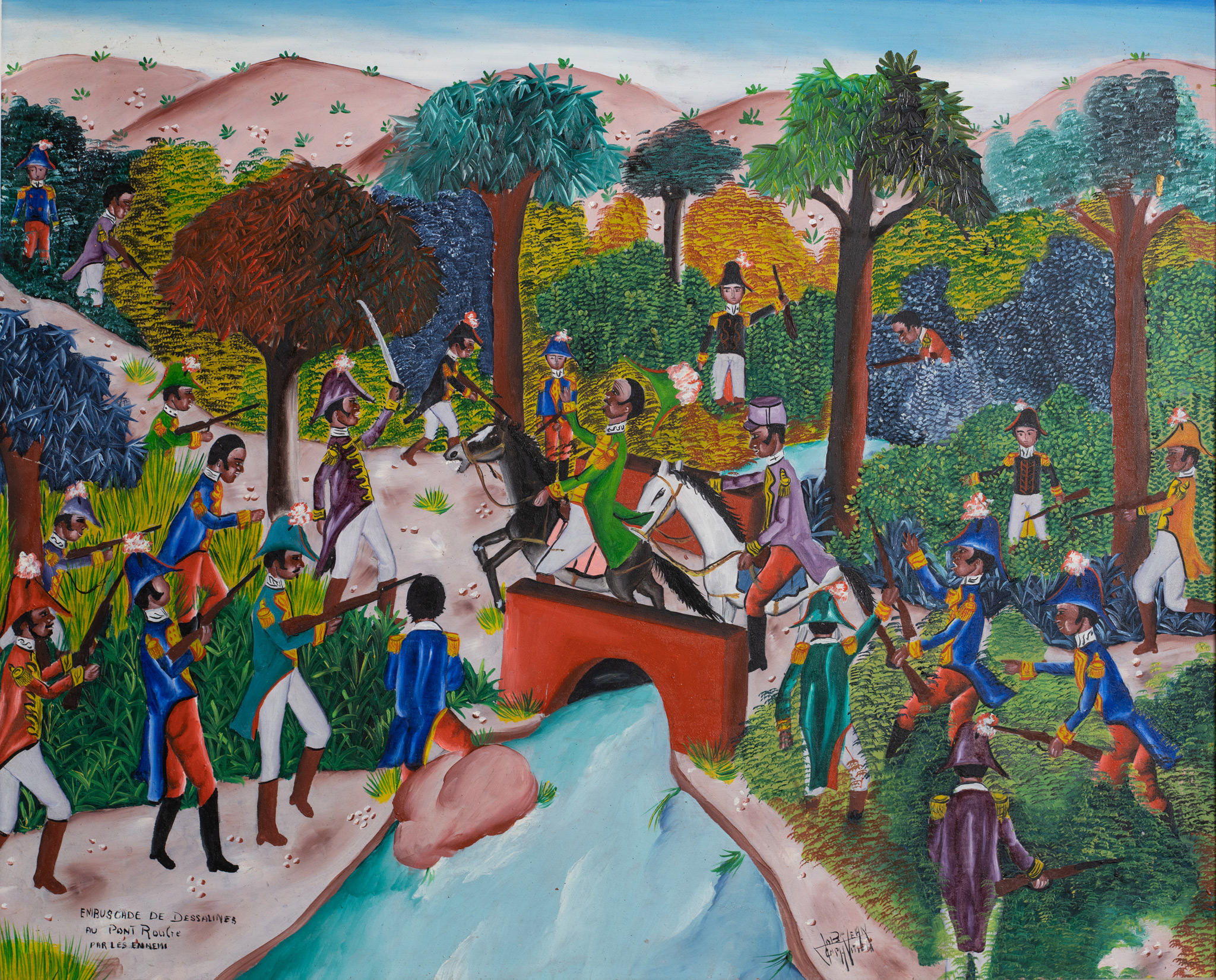 Ambush of Dessalines at Pont-Rouge