Edger Jean-Baptiste was born in 1917 in Bainet. Originally a cobbler and a tailor, Jean-Baptiste and his wife raised five daughters and two sons, one of whom is now deceased. Before joining the Centre d'Art in 1954 with the help of Micius Stephane, he occasionally painted village scenes and characters on the surface of sun-bleached rocks chosen from the extraordinary Bay of Bainet shoreline. The rocks themselves were worn to an incredible smoothness by the endless tidal movement of the surf.

Known by his devotees as the "Master of Twilight" for his frequent exploration of the effects of the shifting sun on the color of sky, clouds, and landscape, Jean-Baptiste was forced to stop painting in the late 1980s due to the onset of glaucoma and his subsequent loss of vision. He still lives with his wife in their small house on the hillside overlooking the town and bay which Jean-Baptiste faithfully recorded for over thirty years. His work is included in the permanent collection of the Musée d'Art Haitien du Collège Saint Pierre in Port-au-Prince and Yale University in New Haven, Connecticut.

He is a favorite of noted film producer and avid Haitian art collector Jonathan Demme. In fact, his work was featured, along with the works of 2 other artists, Etienne Chavannes and Ernst Prophète, in a show curated by Demme in 1994. The catalog of that show, is entitled Three Visions.

In 1997 Demme held a show with over 200 pieces from his personal collection. Edger Jean-Baptiste was the featured artist for that show. In fact, the show catalog, Island of Fire, contains the following dedication:

"This book is lovingly dedicated to my friend, Edger Jean-Baptiste, the real magician of Haiti" 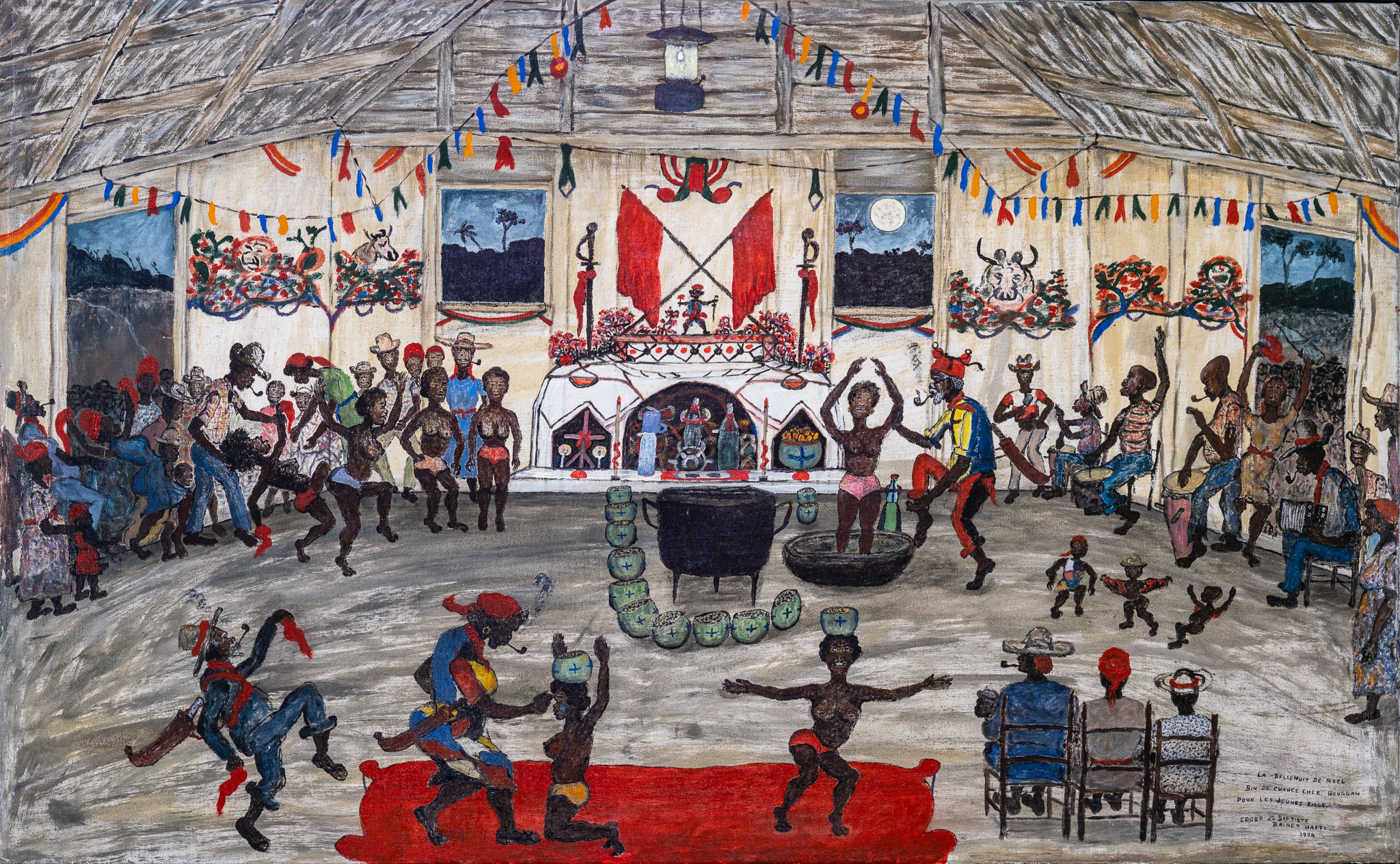 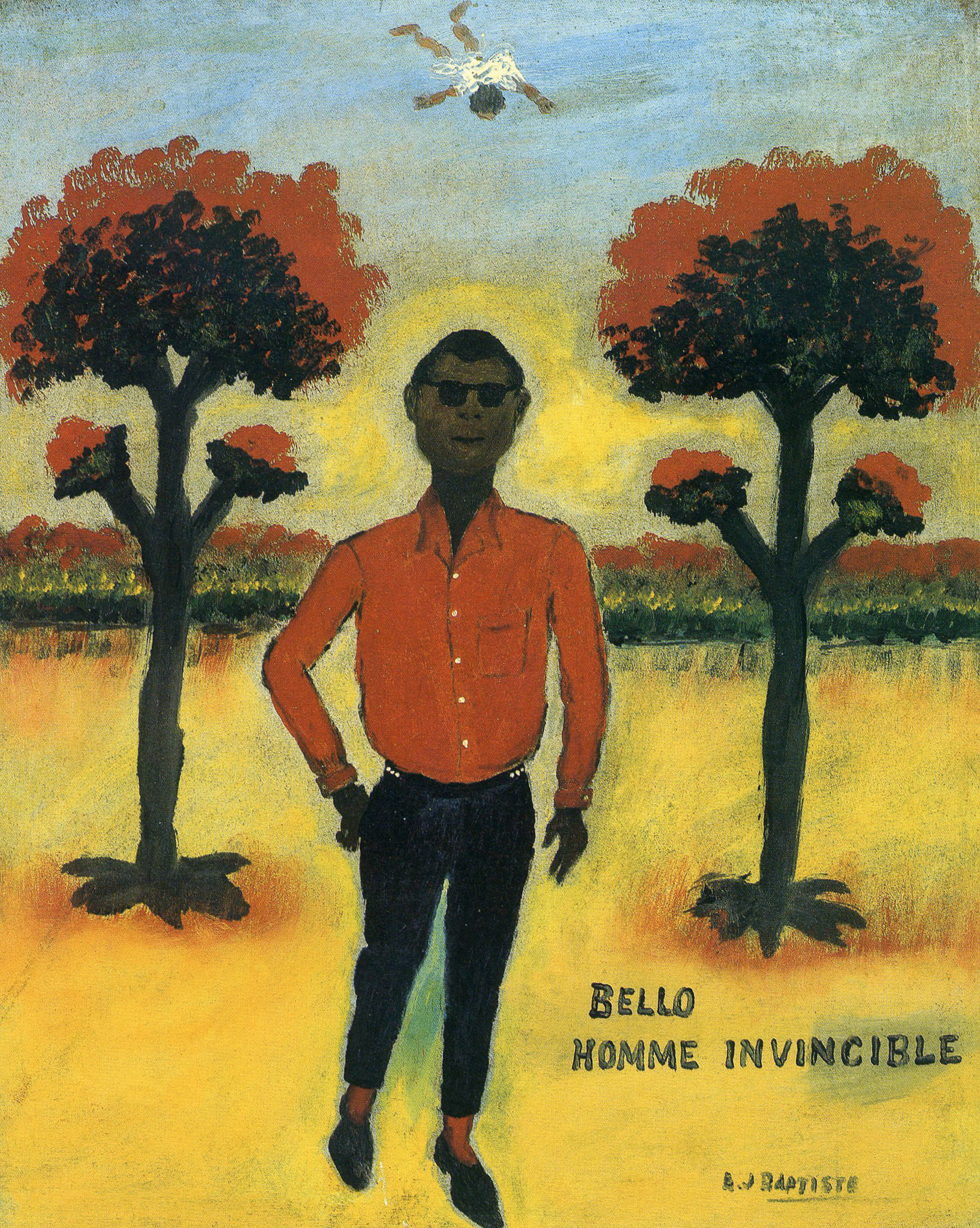 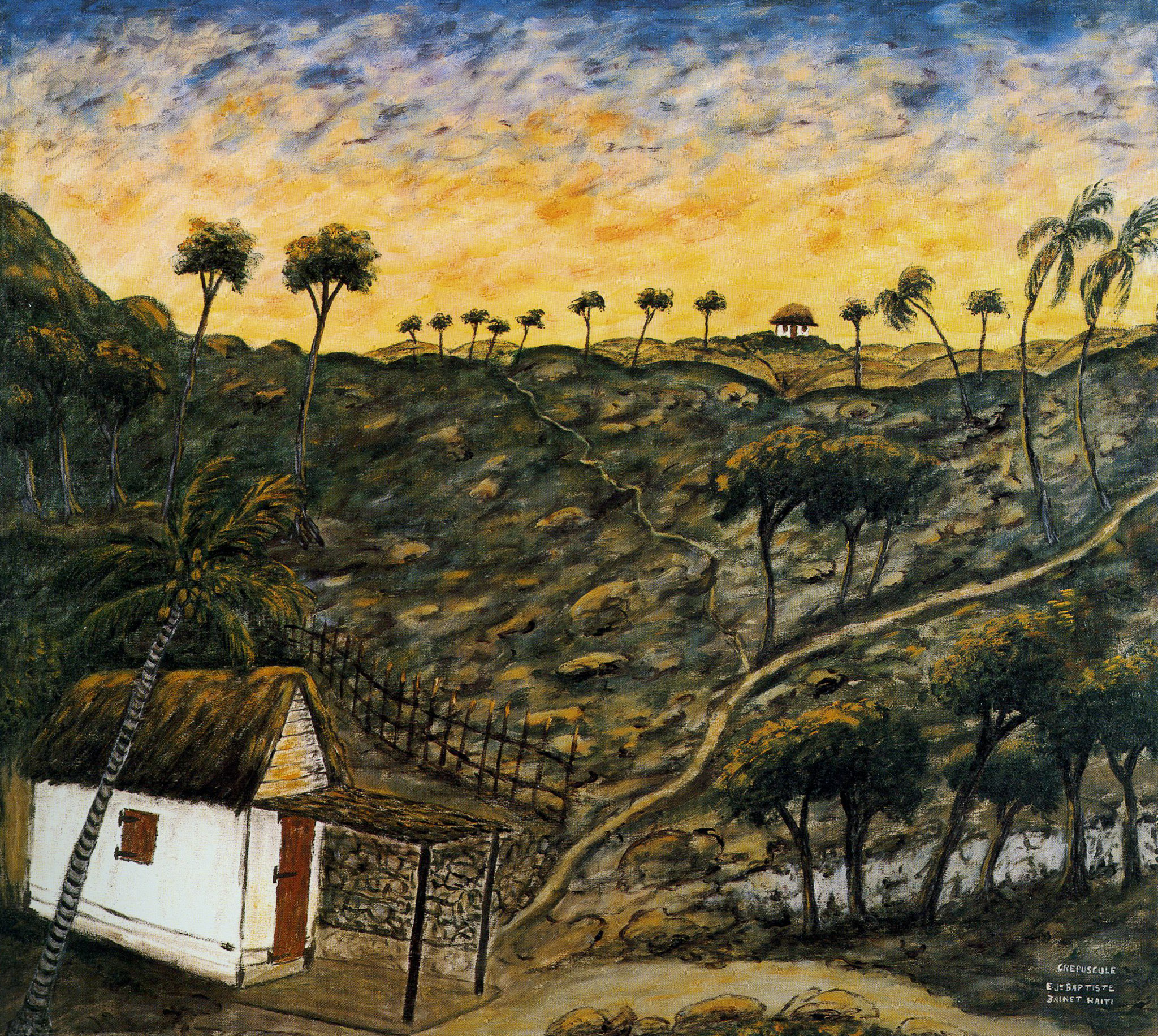 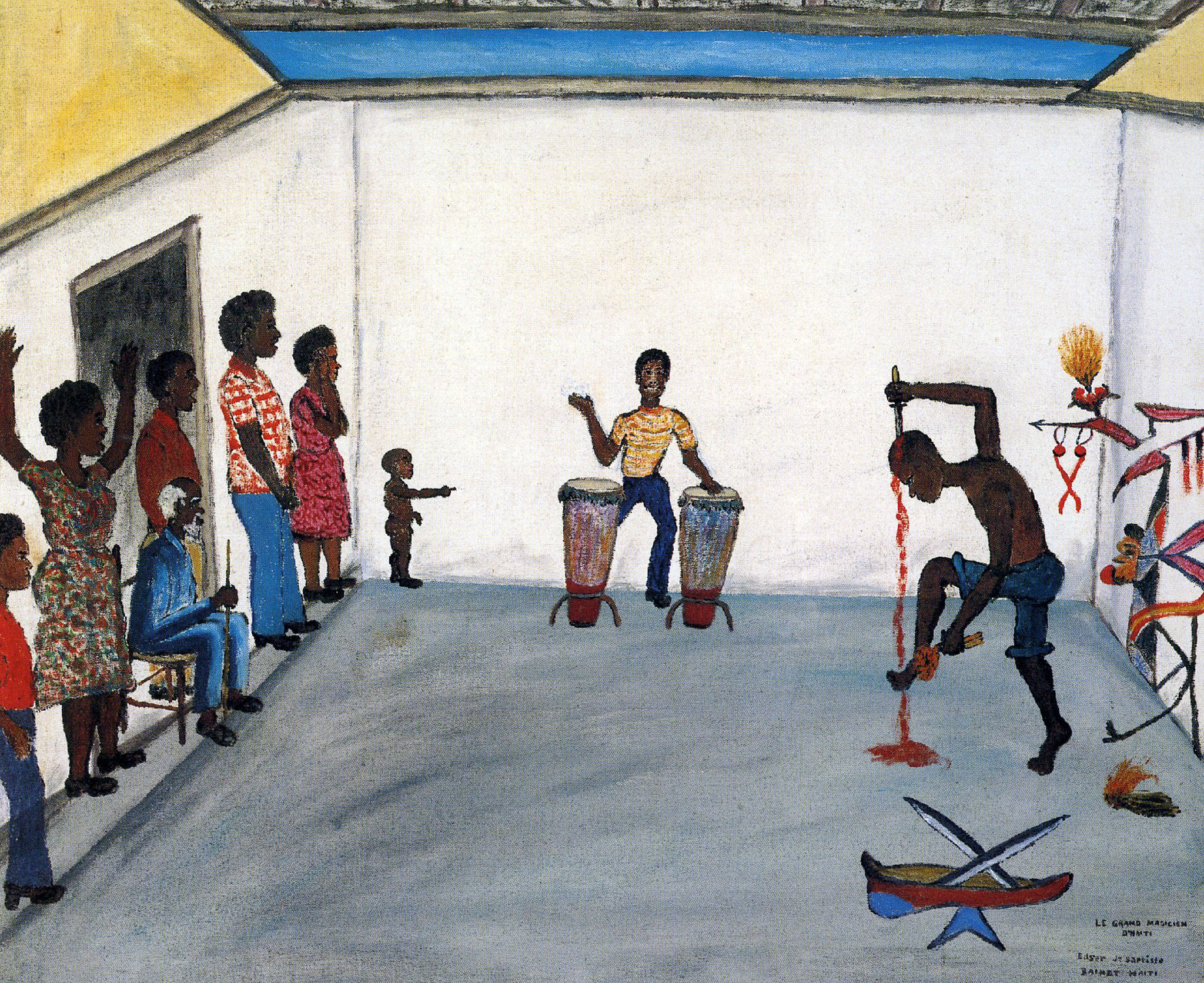 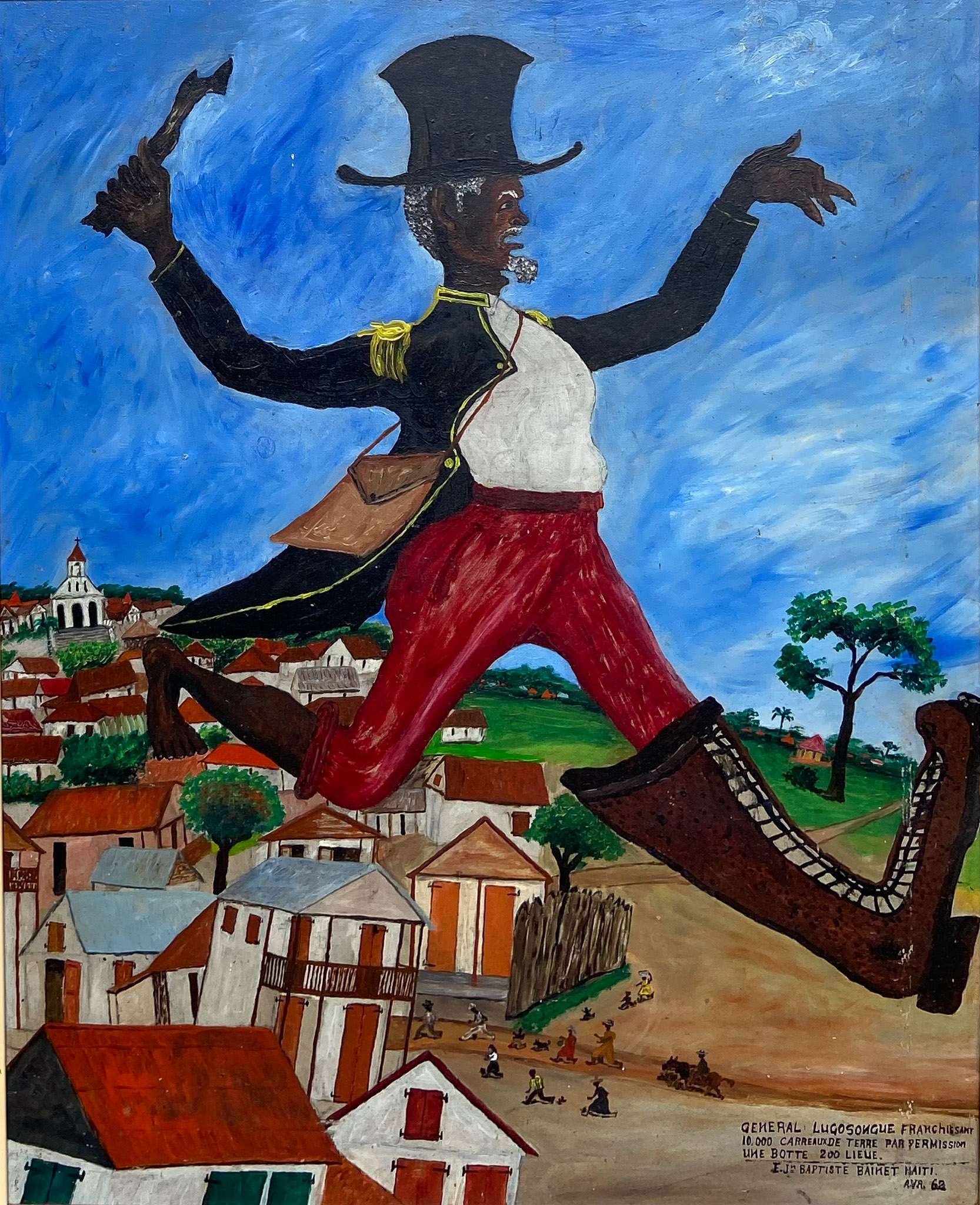 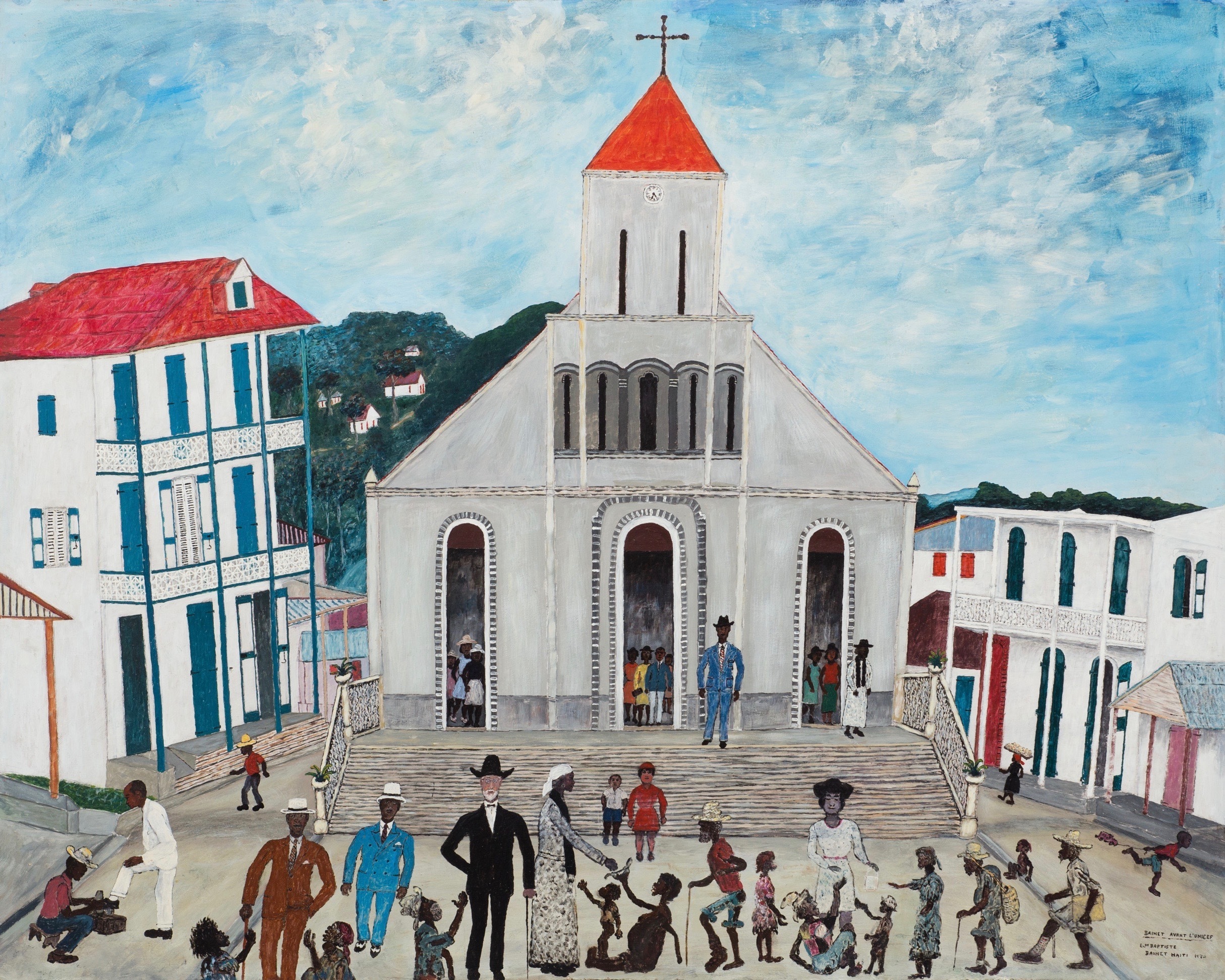 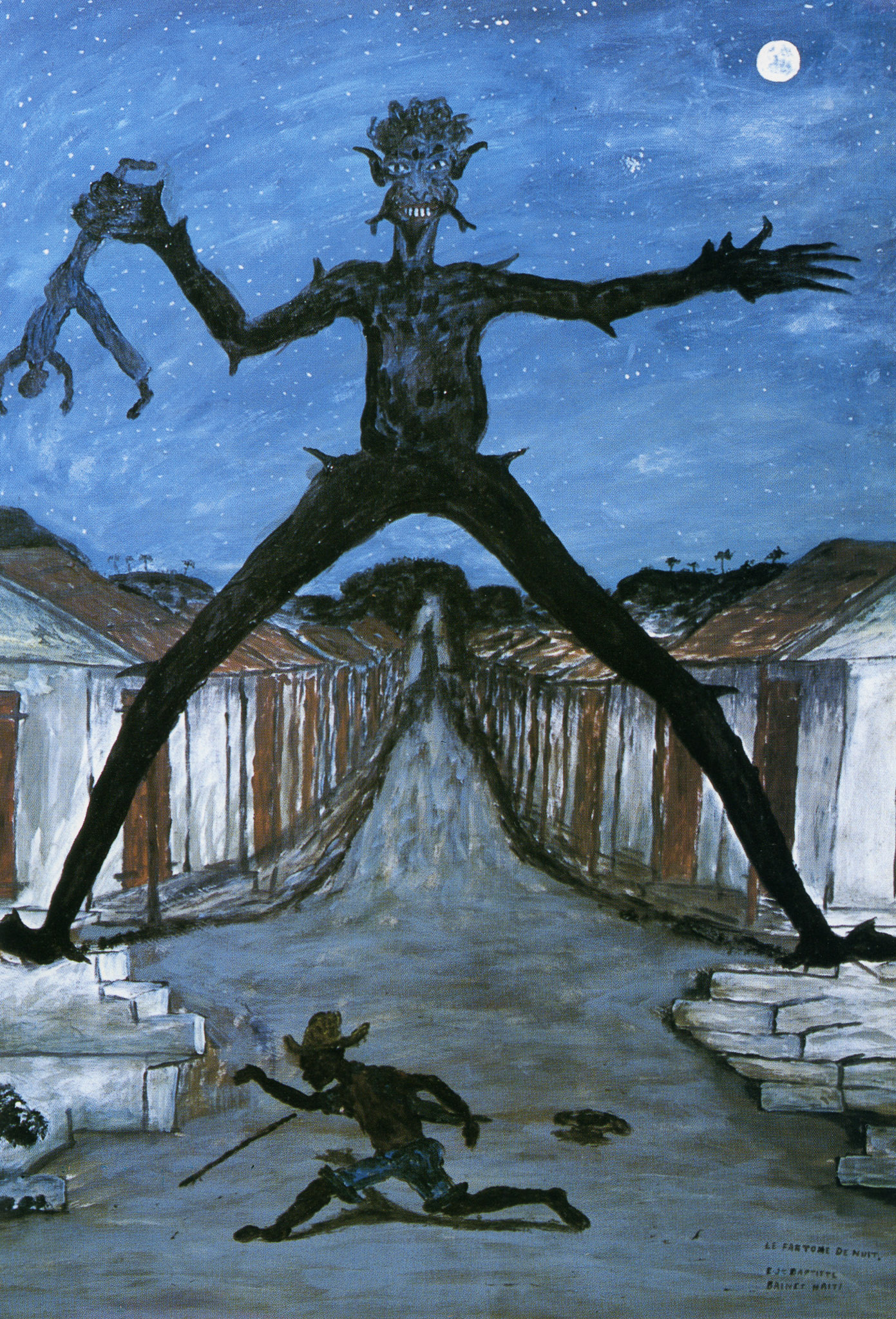 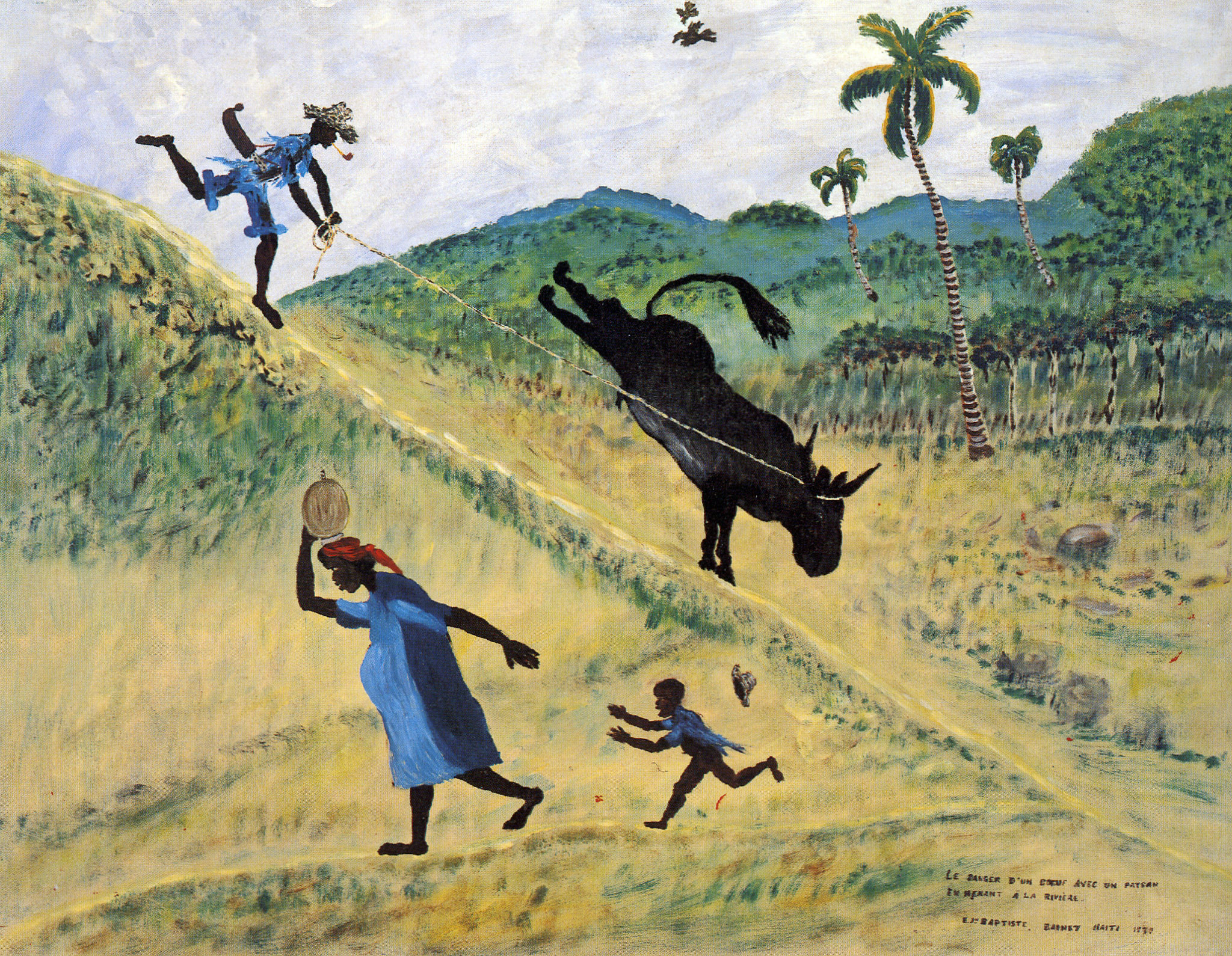 The Danger of a Peasant Bringing a Bull to the River, 1970 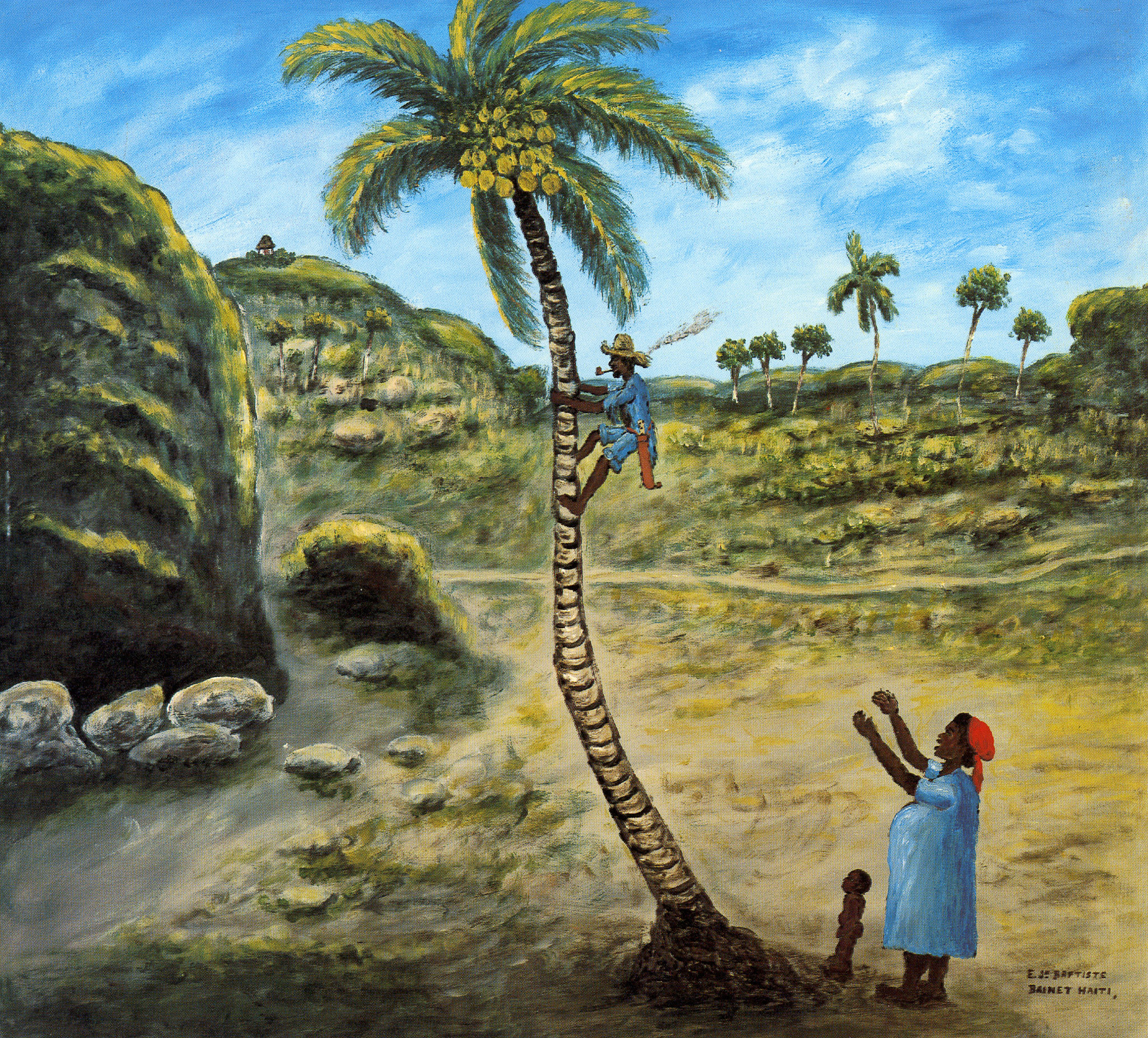 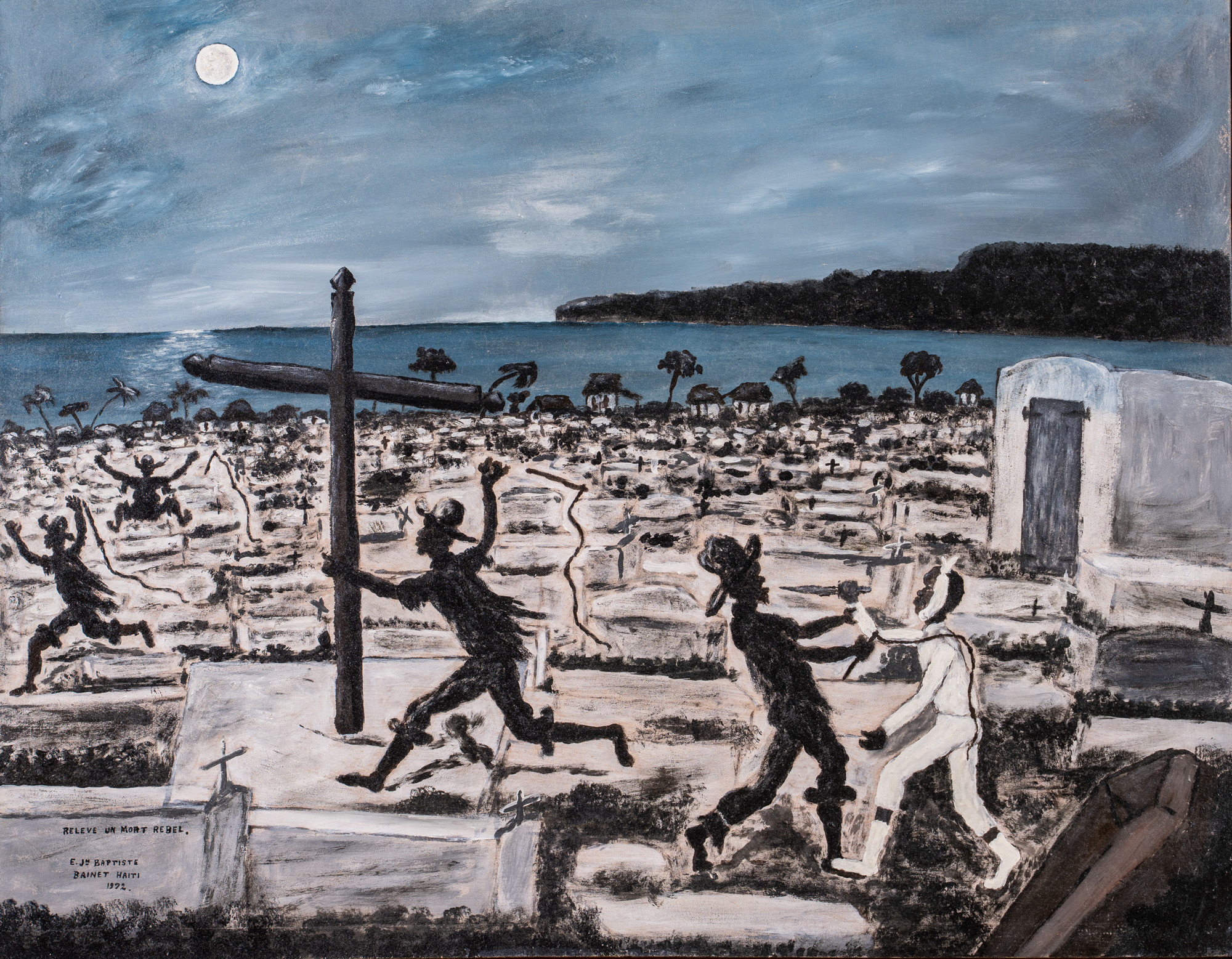 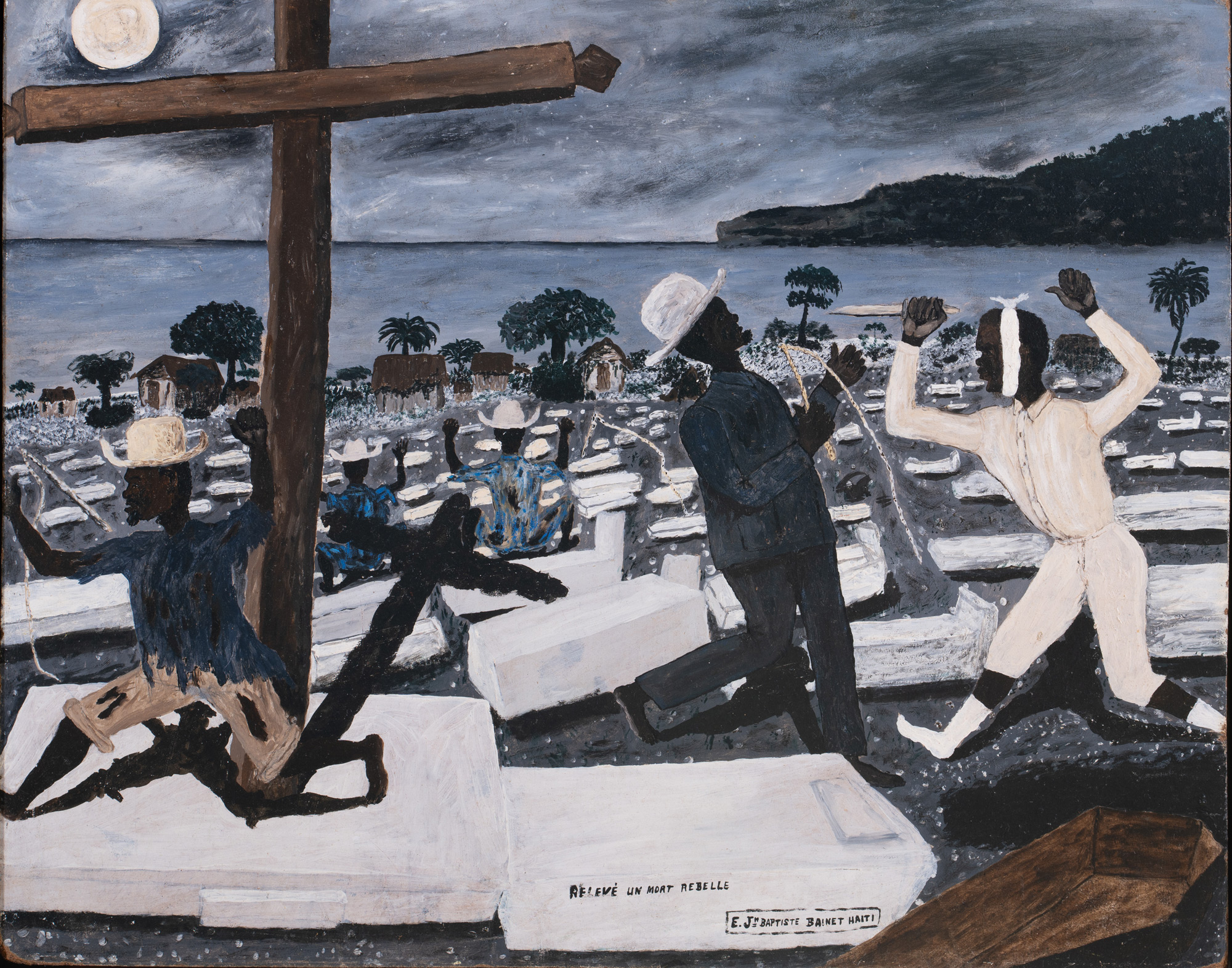 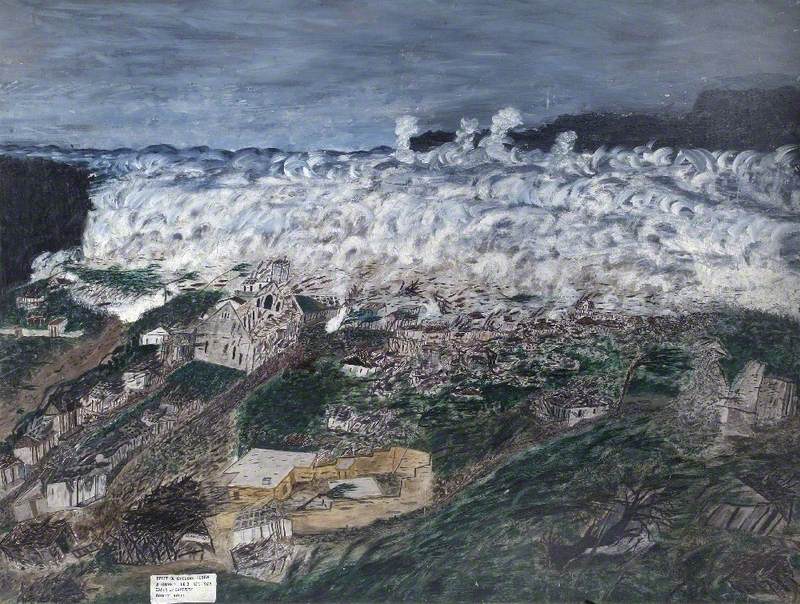 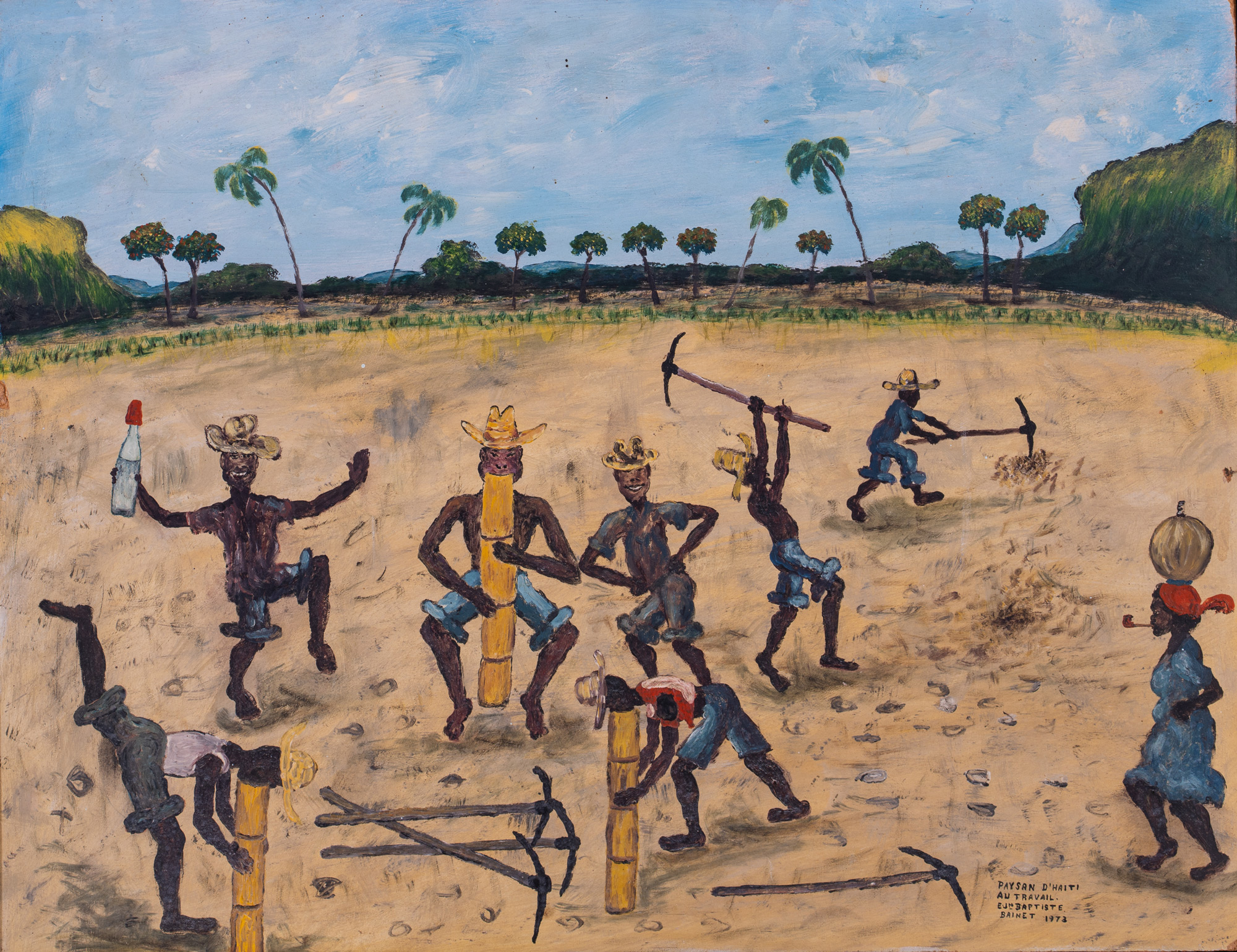