Saincilus Ismael (sometimes listed as Ismael Saincilus) was born April 24, 1940 in Petite Riviere de L'Artibonite. He completed his studies at Freres de Saint-Marc and Lycee Antenor Firmin. Ismael began drawing at age seven, then began to paint in 1956 after visiting the Centre d'Art and the Foyer des Arts Plastiques. In 1967 he led a group of artists who were commissioned to paint the community exposition hall at the Albert Schweitzer Hospital in Deschapelles. He later became the director of the Ceramic Centre there.

For political reasons, Ismael spent a total of seven years in prison at different times during the regimes of the Duvaliers. He is very much respected in the art world, within as well as outside of Haiti. Considered the progenitor of the Artibonite style of painting, Ismael's students included Michel-Ange Altidort, Alix Dorleus, Errol Louis, and Carlos Jn. Baptiste.

Ismael's paintings, rendered with the intricacy of a Byzantine icon, are instantly recognizable. He painted scenes of Haitian peasant life, as well as religous-themed paintings that often mixed or combined Christianity and Vaudou.  Saincilus Ismael died suddenly in February 2000.

Erzulie Dantor with the Marassa 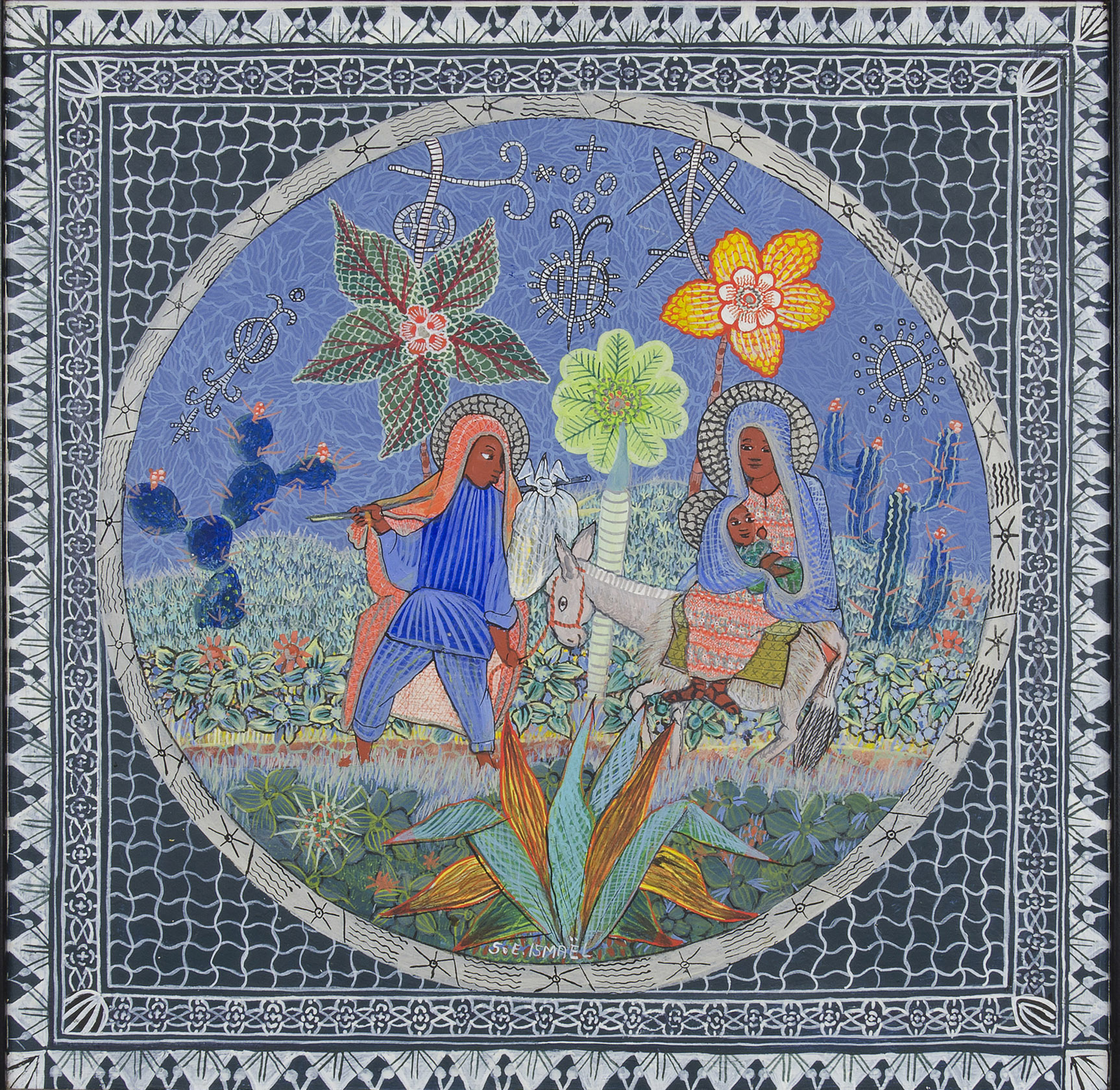