Gervais Emmanuel Ducasse was born in 1903 in Port-au-Prince. He came from a middle class background and received, compared with the majority of Haitian artists, an excellent formal education. He became an agriculture agent for the government, giving him the opportunity to travel extensively in Haiti. He even visited the United states several times. He worked for the government until 1948, losing his job due to a lack of funding. Forced to find a new profession, he turned to painting, which had been an interest since the age of four. His work is included in the permanent collections of the Musée d’Art Haitien and the Milwaukee Museum of Art, and is published in Where Art is Joy (Rodman, 1988), Peintres Haitiens (Gerald Alexis) and Haitian Art (Ute Stebich, 1978). Ducasse passed away in 1988. Bio info taken primarily from Haitian Art (Stebich). 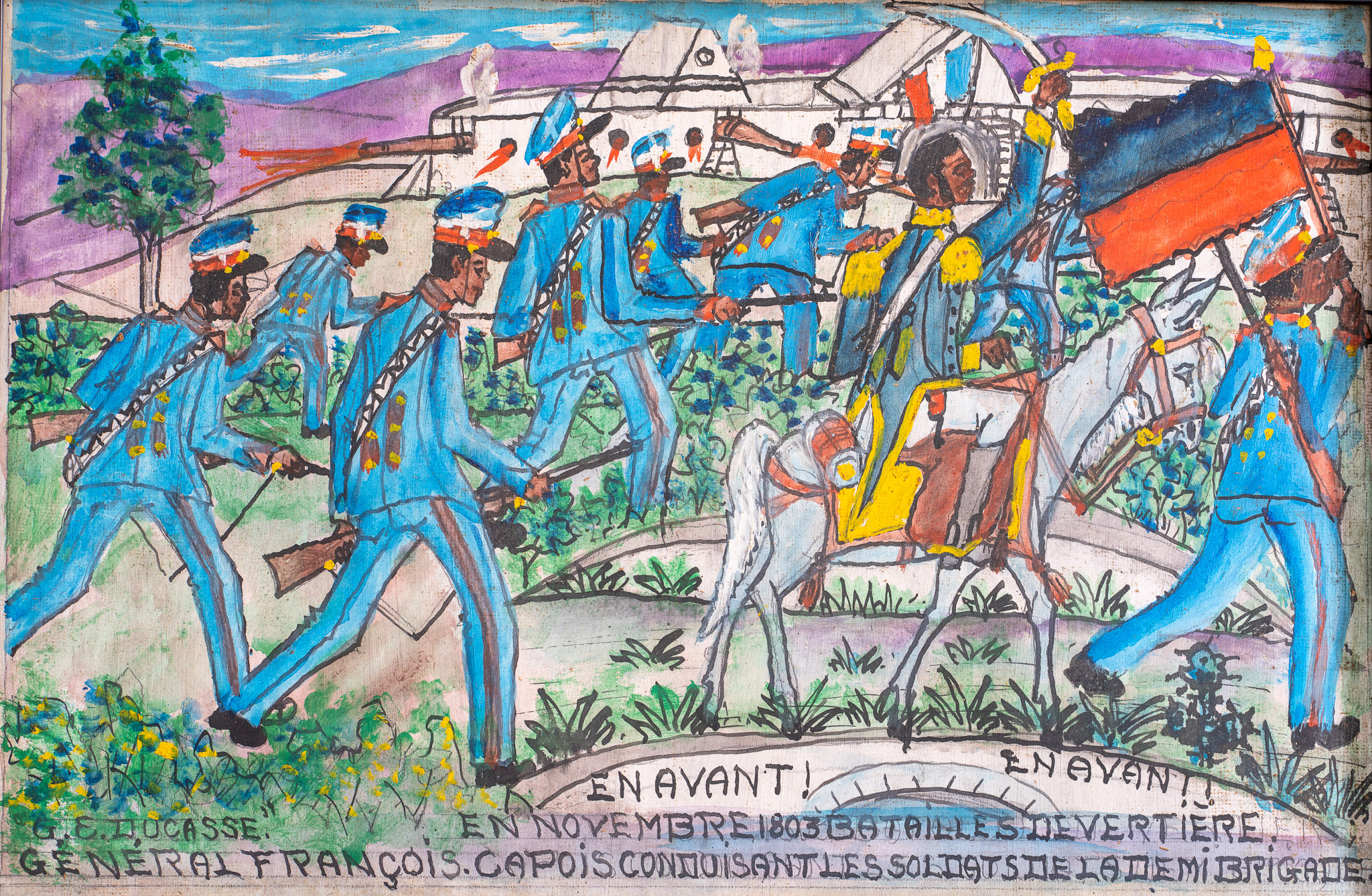 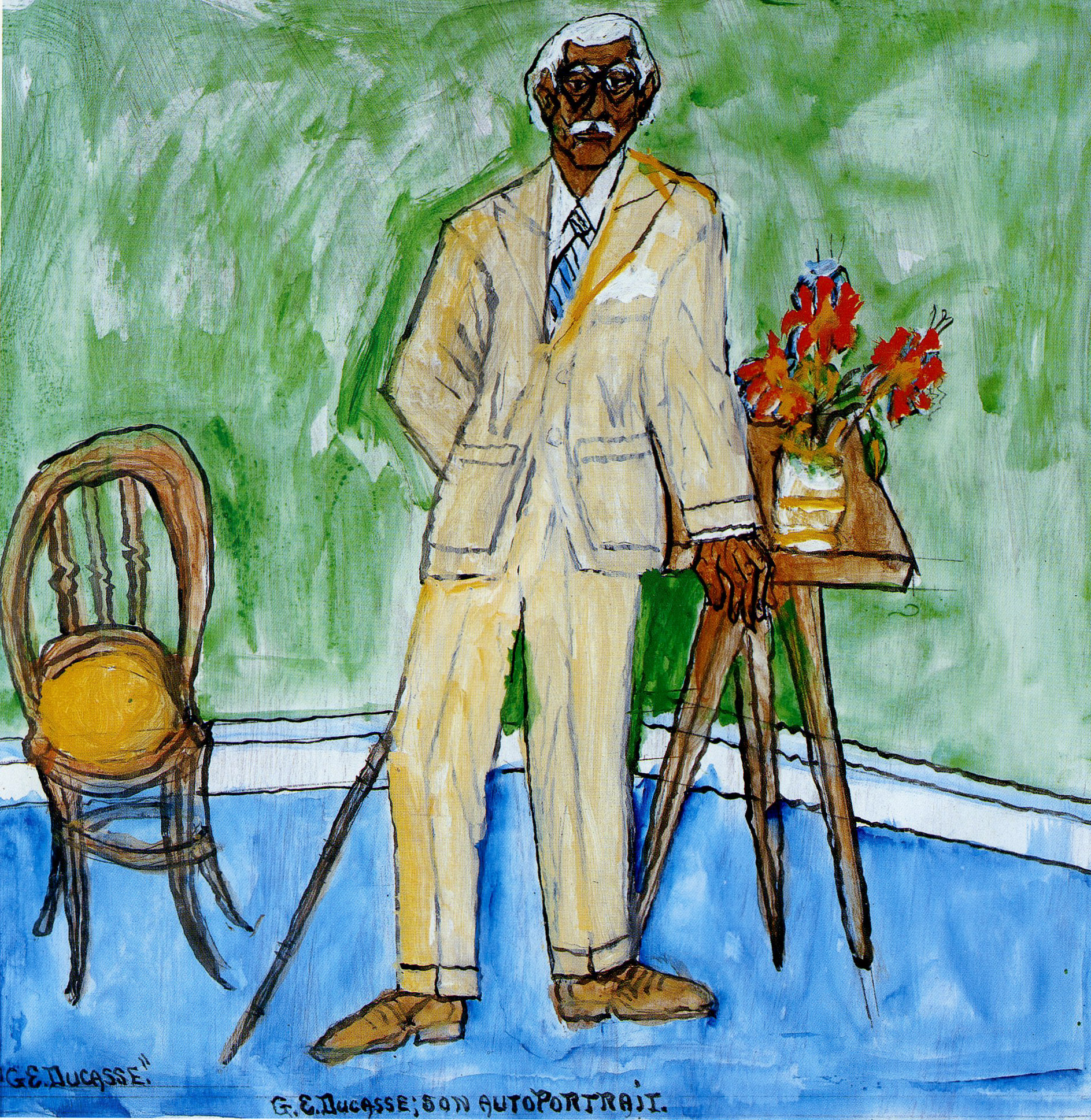 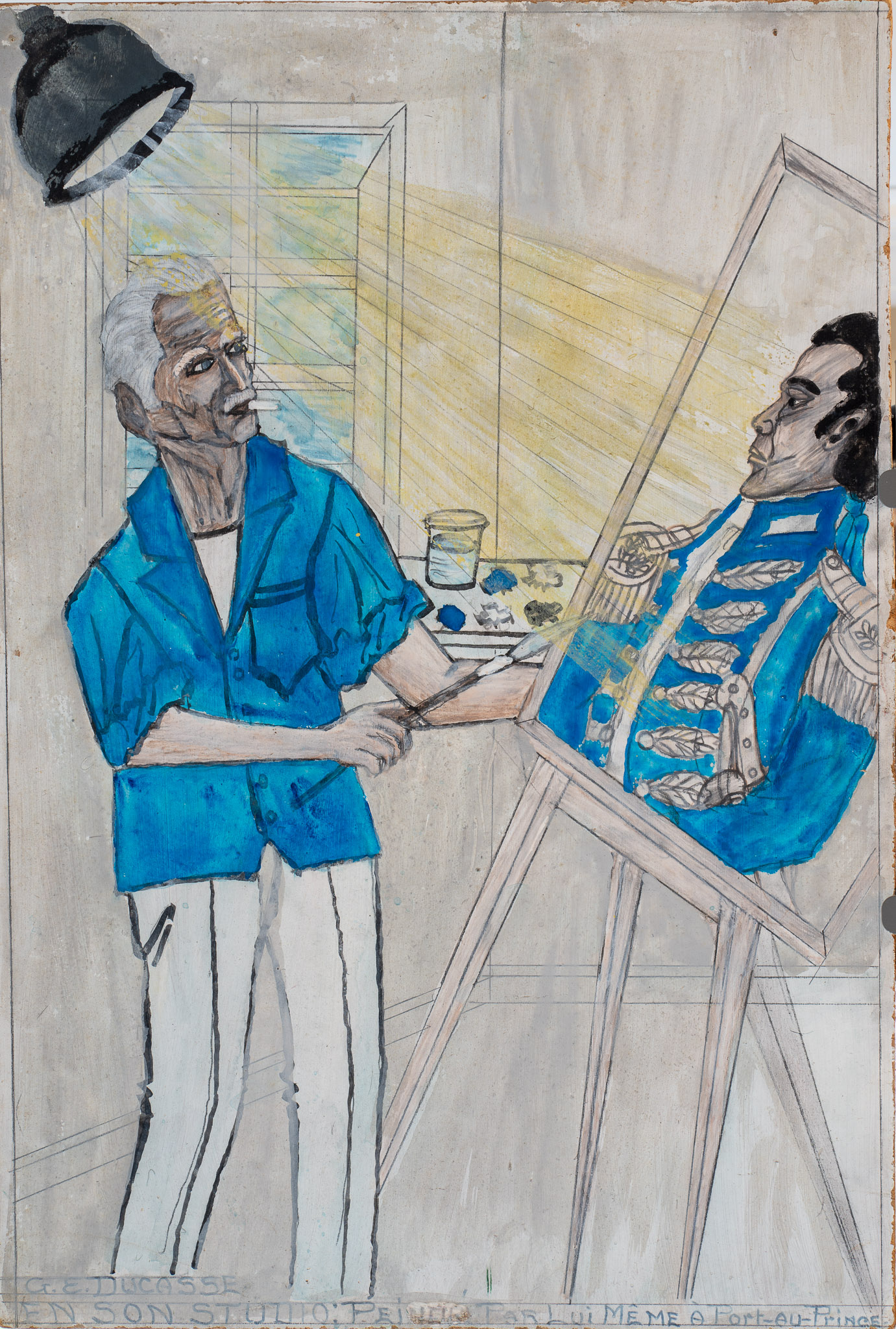 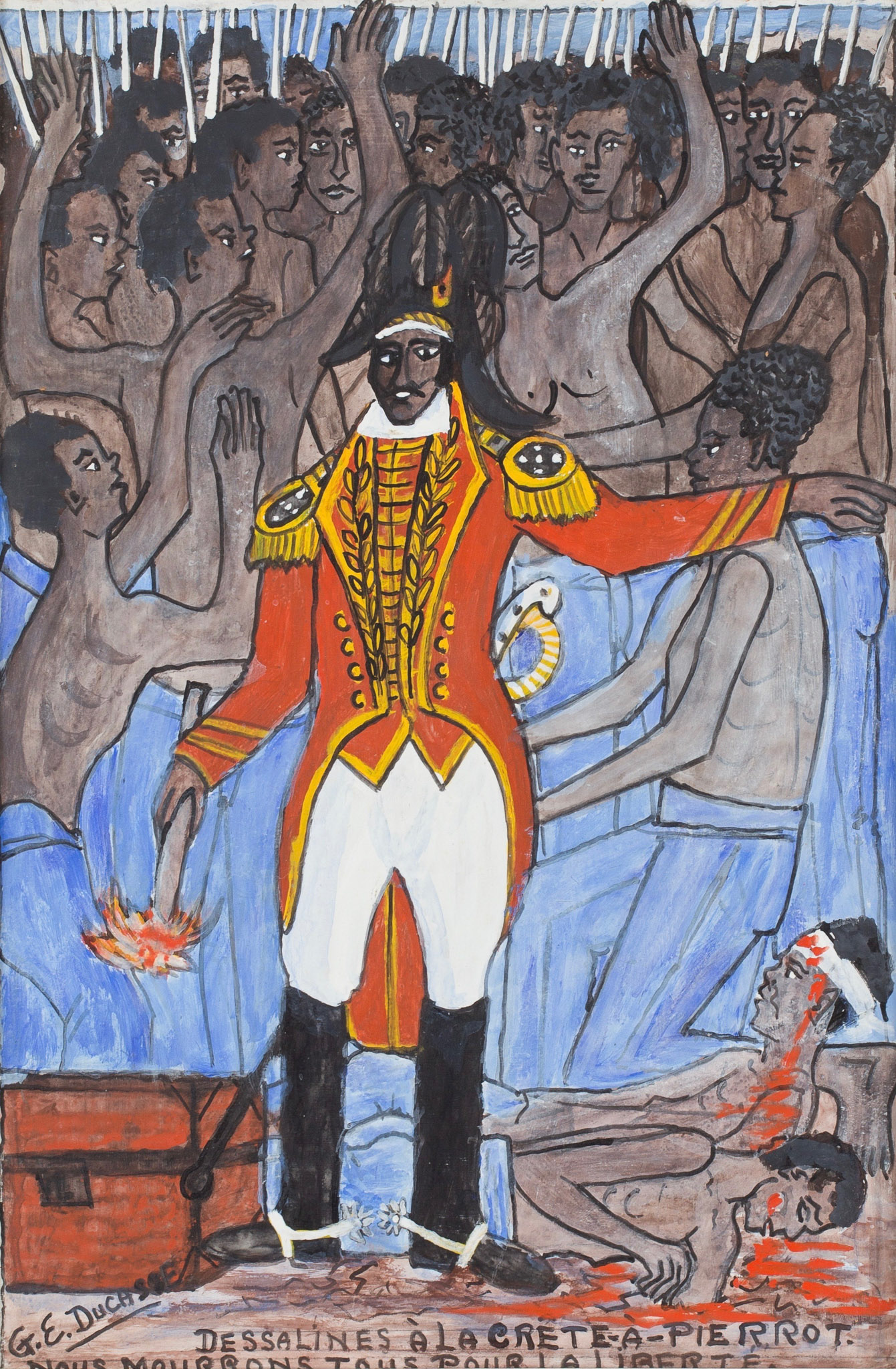 Dessalines At La Crete-A-Pierrot. We Will All Die For Freedom, 1974 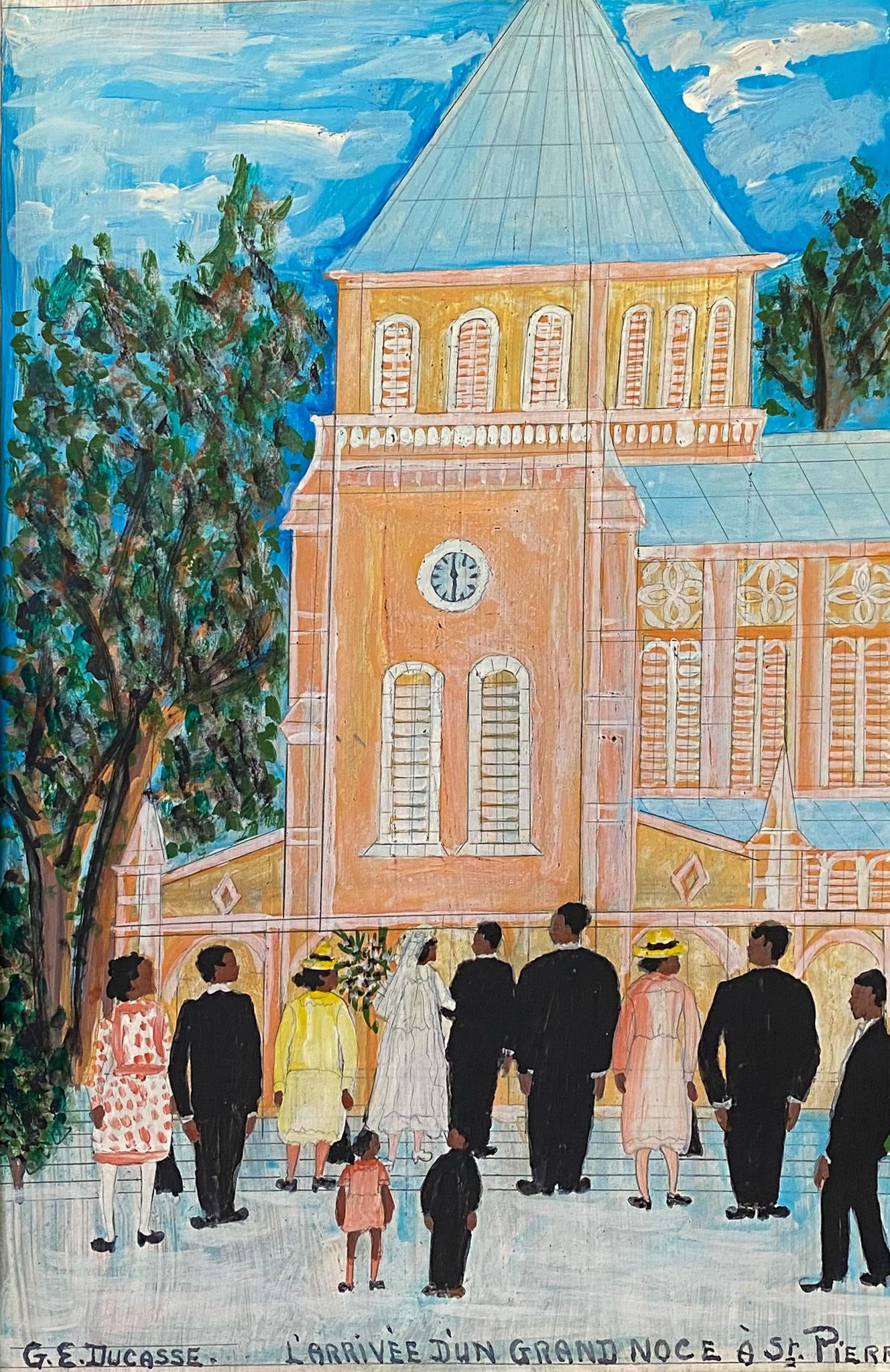 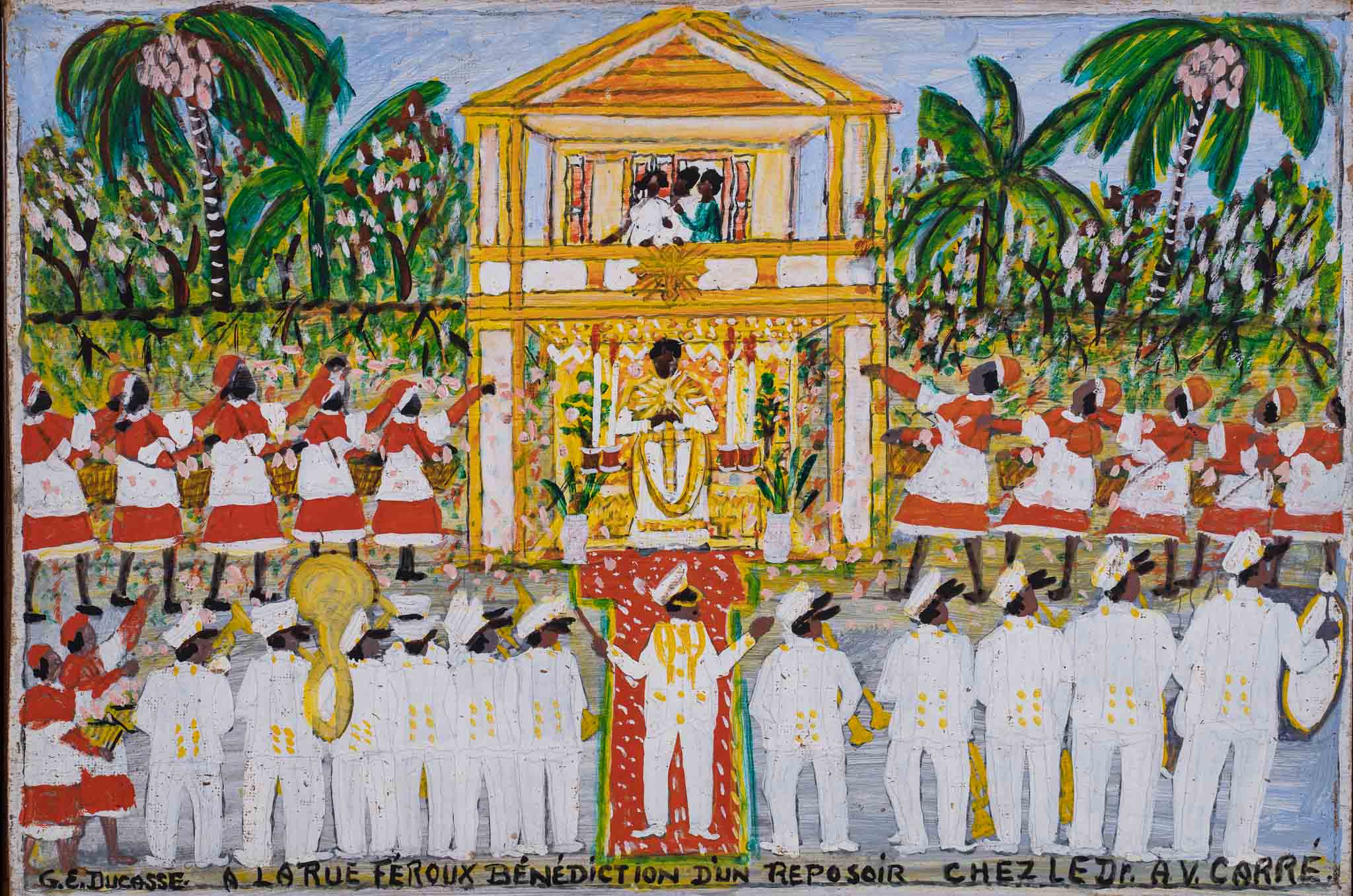 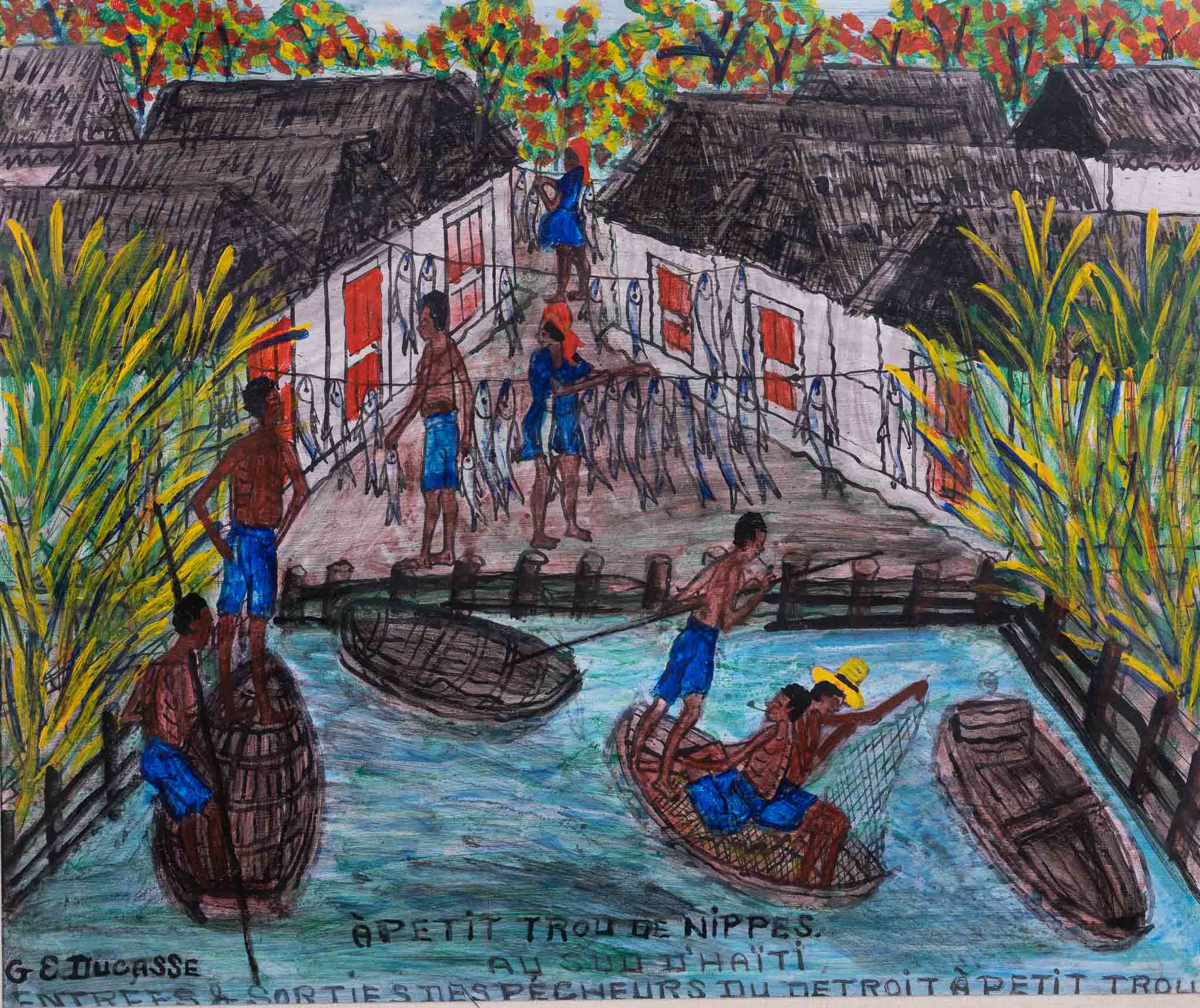 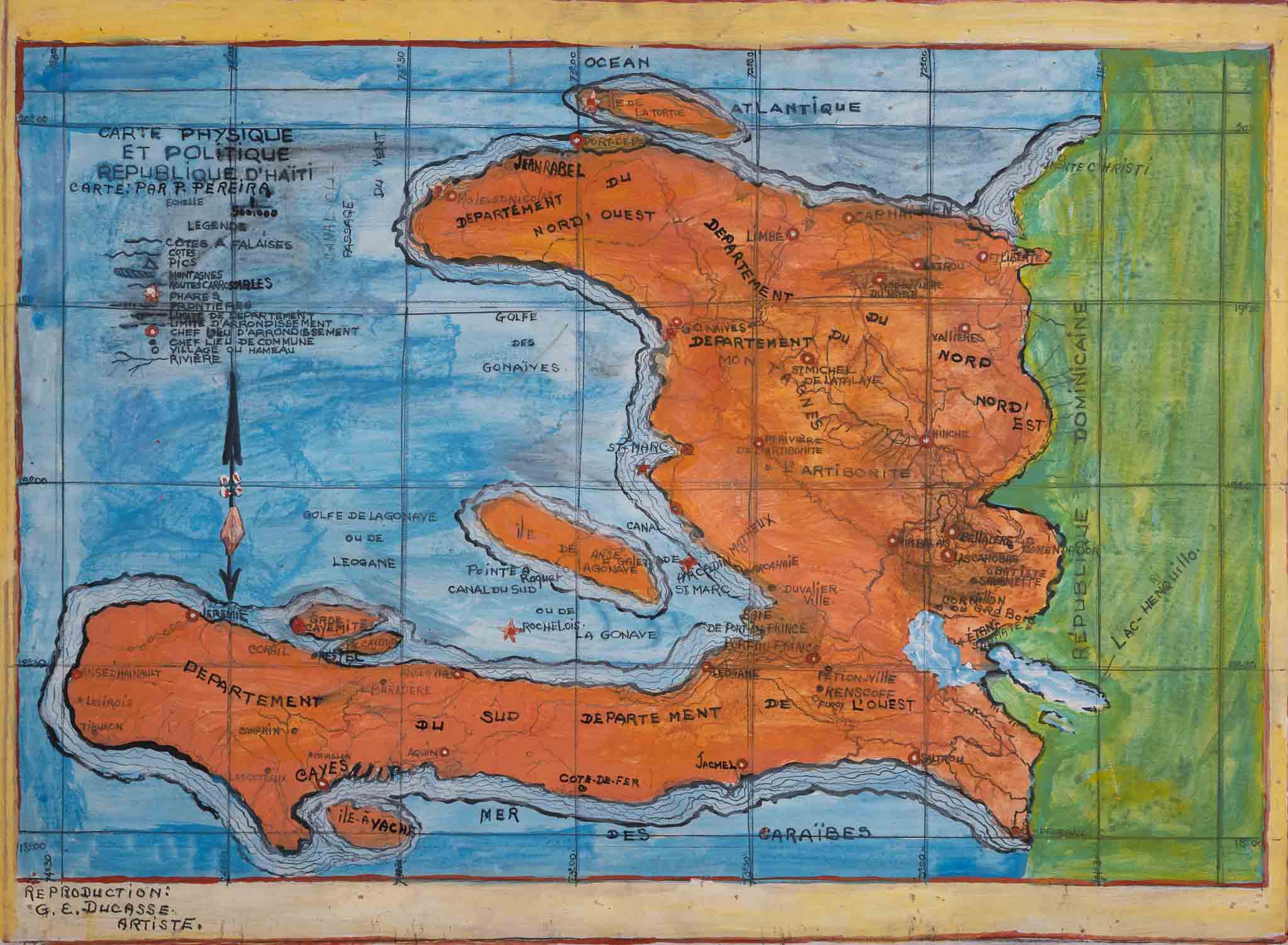 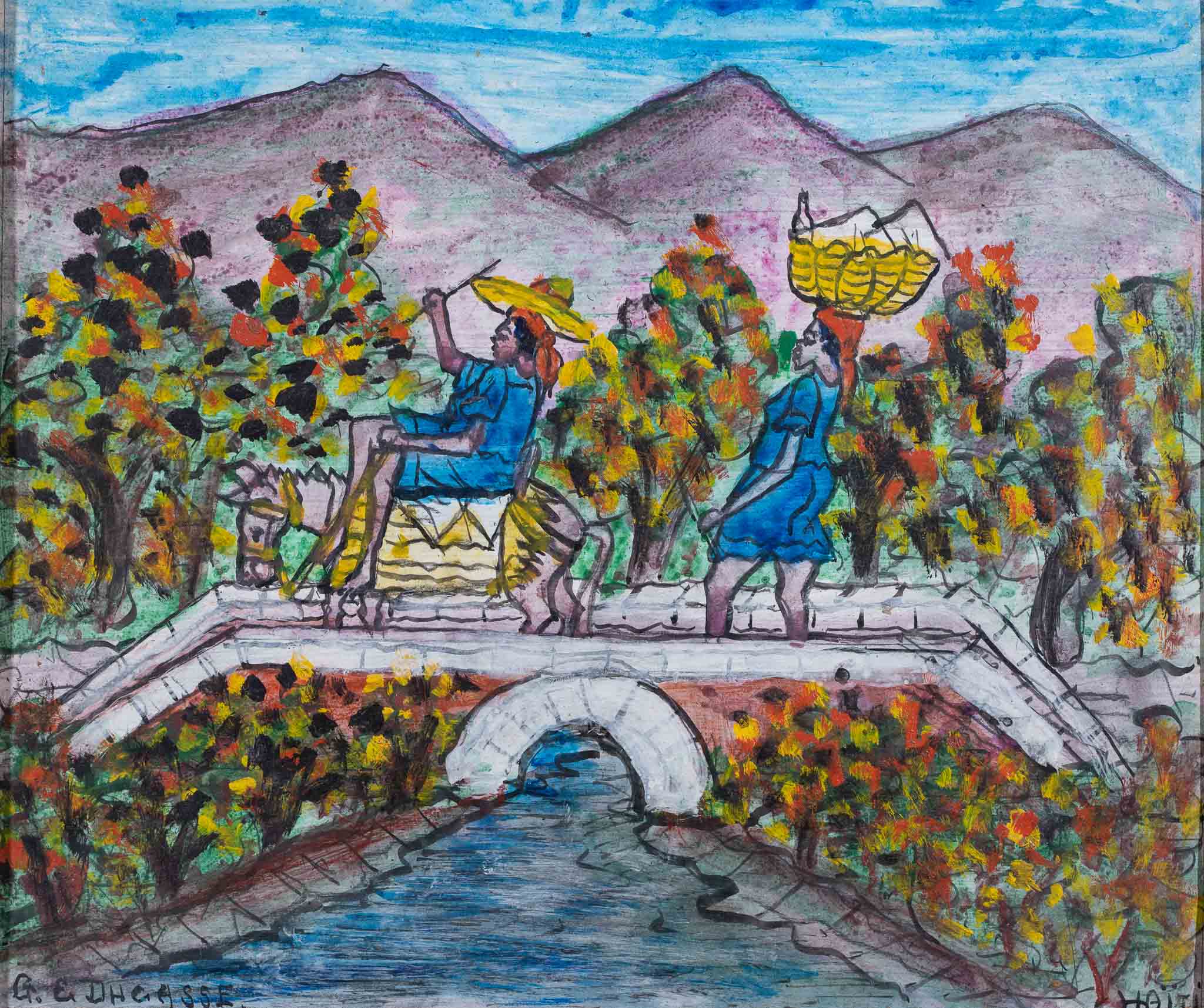 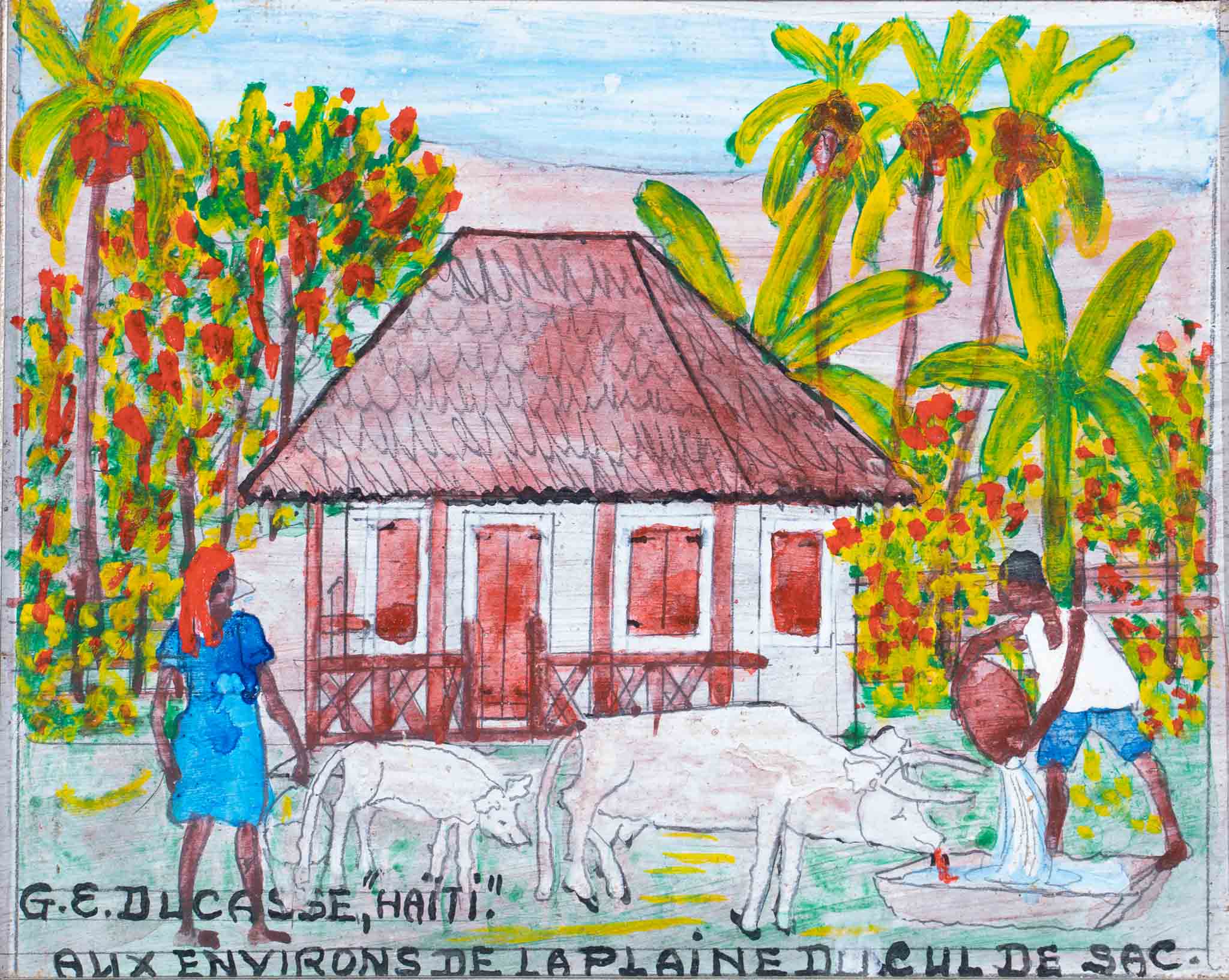 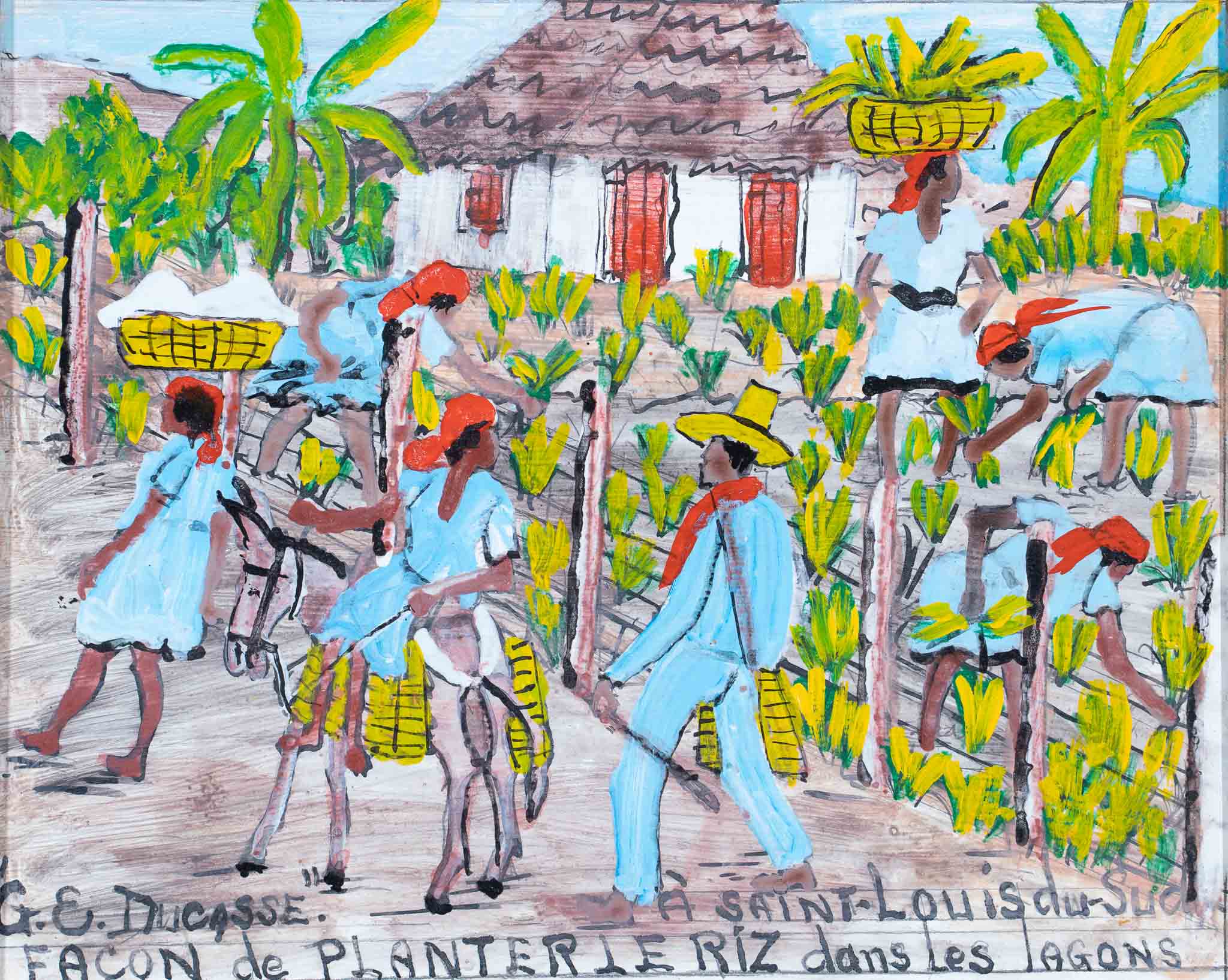 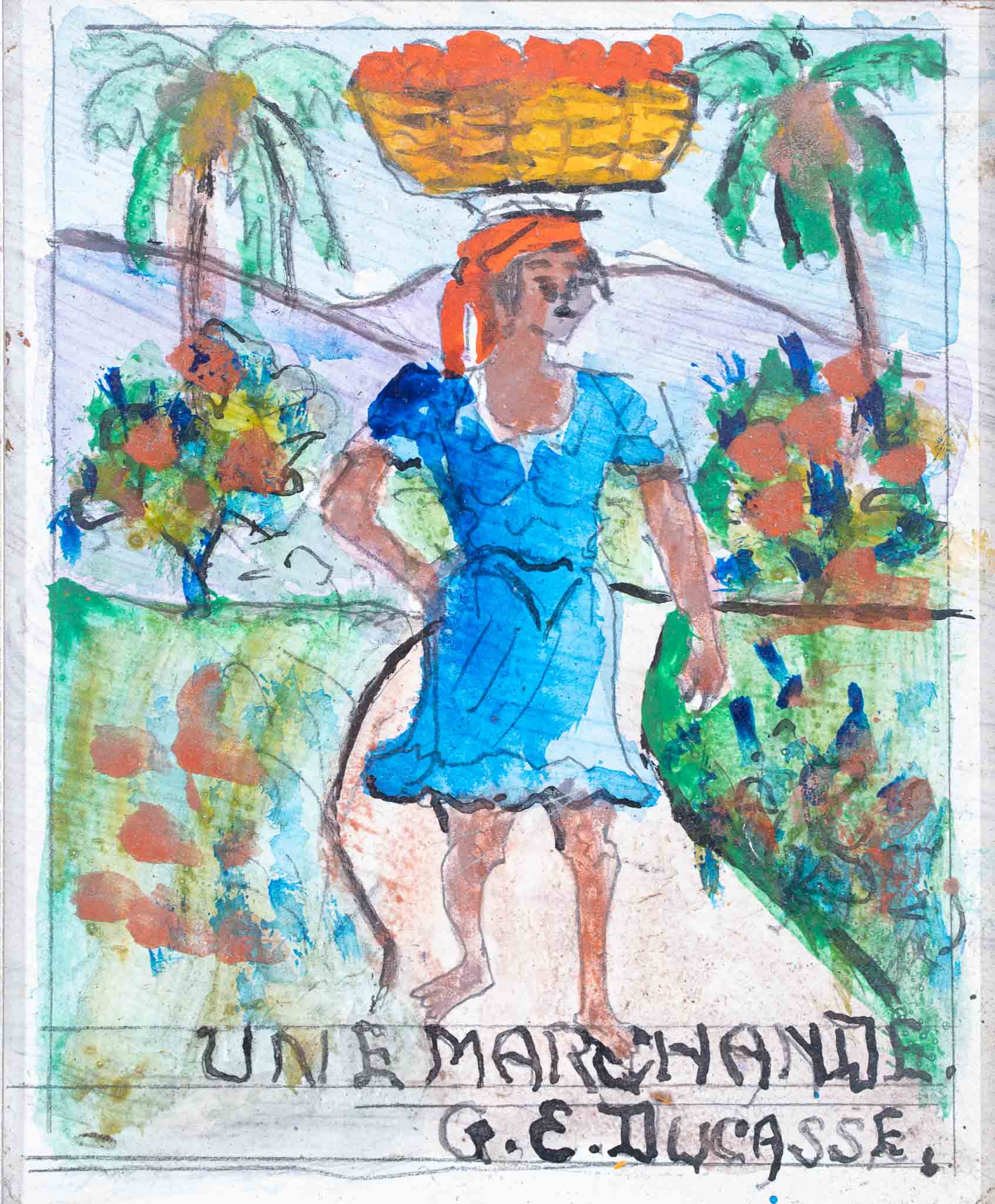 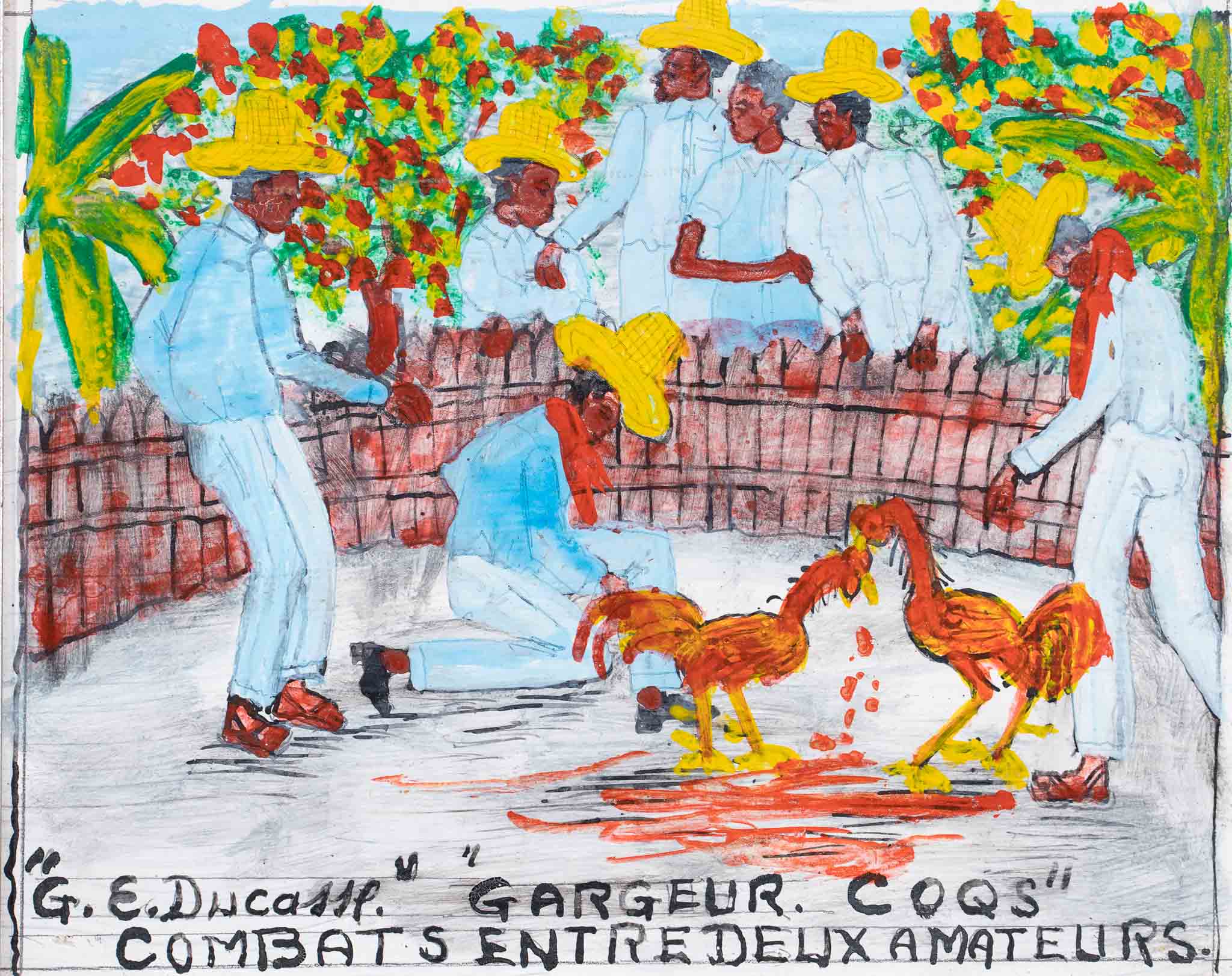