Cortor was born in Richmond, Virginia to John and Ophelia Cortor. His family moved to Chicago when Cortor was about a year old, eventually settling in that city's South Side, where Cortor attended Englewood High School. His family was a part of the Great Migration of African Americans from the South to the industrial North.[8] Fellow students at Englewood included the African-American artists Charles Wilbert White and Margaret Burroughs.[9] Cortor attended the Art Institute of Chicago, along with artist Gus Nall, gaining a degree in 1936.[10] While at the Art Institute, Cortor studied its collections extensively and grew an appreciation for traditions of Western Painting.[11] Studying the African sculptures at an exhibit at the Field Museum transformed his work.[12] He said "That was the most important influence in all my work, for to this day you will find in my handling of the human figure that cylindrical and lyrical quality I was taught...to appreciate in African art."

Growing up, he was an avid reader of the Chicago Defender, which was a popular newspaper that focused on celebrating the successes of African Americans.[14] He also had success in white publications and was featured in the Chicago Tribune in 1939 due to his involvement in the South Side Community Art Center.[15] This is ultimately translated into the main thematic focus of his artwork, which is to portray African Americans in a positive light and highlight their beauty and achievements. For the majority of his career, Cortor played with different representations of the black female figure and how to represent her strength and beauty. Cortor saw Black women as the carriers of Black culture. His style is often described as experimenting with black physiognomy while infusing it with surrealism.

In 1940 he worked with the Works Progress Administration (WPA),[16] where he drew scenes of Depression-era Bronzeville, a neighborhood on Chicago's South Side. Cortor often painted intimate scenes of the home. These surreal works emphasis the subject's role in society and relationship to the outer world.[17] In 1949, he studied in Jamaica, Cuba, and Haiti on a Guggenheim Fellowship,[18] and taught at the Centre d'Art in Port-au-Prince from 1949 to 1951.

In 1944 and in 1945, Cortor won two fellowships that allowed him to travel to the Sea Islands off the coast of Georgia and South Carolina. The Gullah people resided in these islands and Cortor was particularly interested in this area because of how untouched their culture had been by white people and American culture. In this regard, Cortor decided to explore a different African diasporic culture that had more African elements prevalent overall in their culture.[14] He spent two years living on the islands and immersed himself into the Gullah culture. "As a Negro artist I have been particularly concerned with painting Negro racial types not only as such but in connection with particular problems in color, design and composition…I have felt an especial interest in…painting Negroes whose cultural traditions had been only slightly influenced by whites…I should like to…paint a series of pictures which would reflect the particular physical and racial characteristics of the Gullahs.[6]" 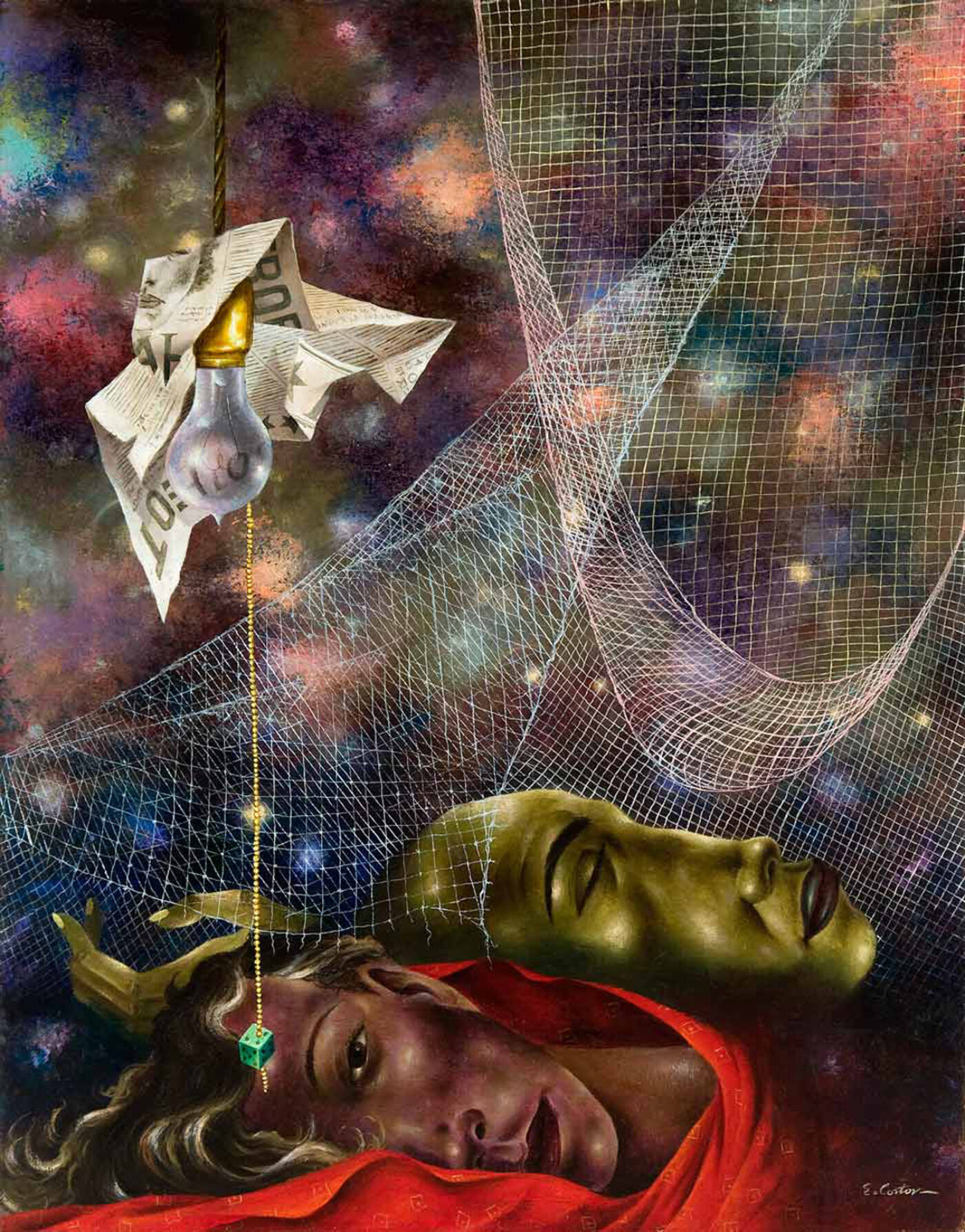