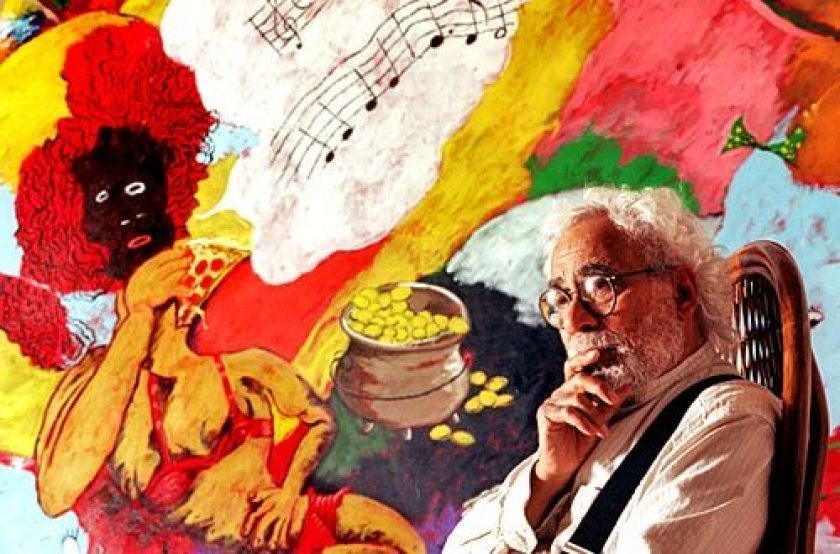 Robert Colescott was an African-American artist known for his expressionistic paintings which dealt with his identity and black history. In his work George Washington Carver Crossing the Delaware: Page from an American History Textbook (1975), Colescott humorously conflated the famous Emanuel Gottlieb Leutze painting of George Washington with the pioneering African-American chemist. Born Robert H. Colescott on August 26, 1925 in Oakland, CA, he played instruments and saw the work of his parents’ friend Sargent Johnson as well as Diego Rivera painting a mural at the San Francisco World’s Fair as a youth. Drafted into the US Army during World War II, Colescott served in Paris, where he found the culture more hospitable to black people than in the United States. He later returned to France to study with Fernand Léger, before earning his MA from the University of California, Berkeley in 1952. By the mid-1970s, Colescott had embarked on a series of works which reimagined iconic European paintings such as Édouard Manet’s Olympia (1863), but with black figures given a more important role. He died on June 4, 2009 in Tucson, AZ. Today, the artist’s works are held in the collections of The Museum of Modern Art in New York, the National Gallery of Art in Washington, D.C., and the Walker Art Center in Minneapolis, among others. 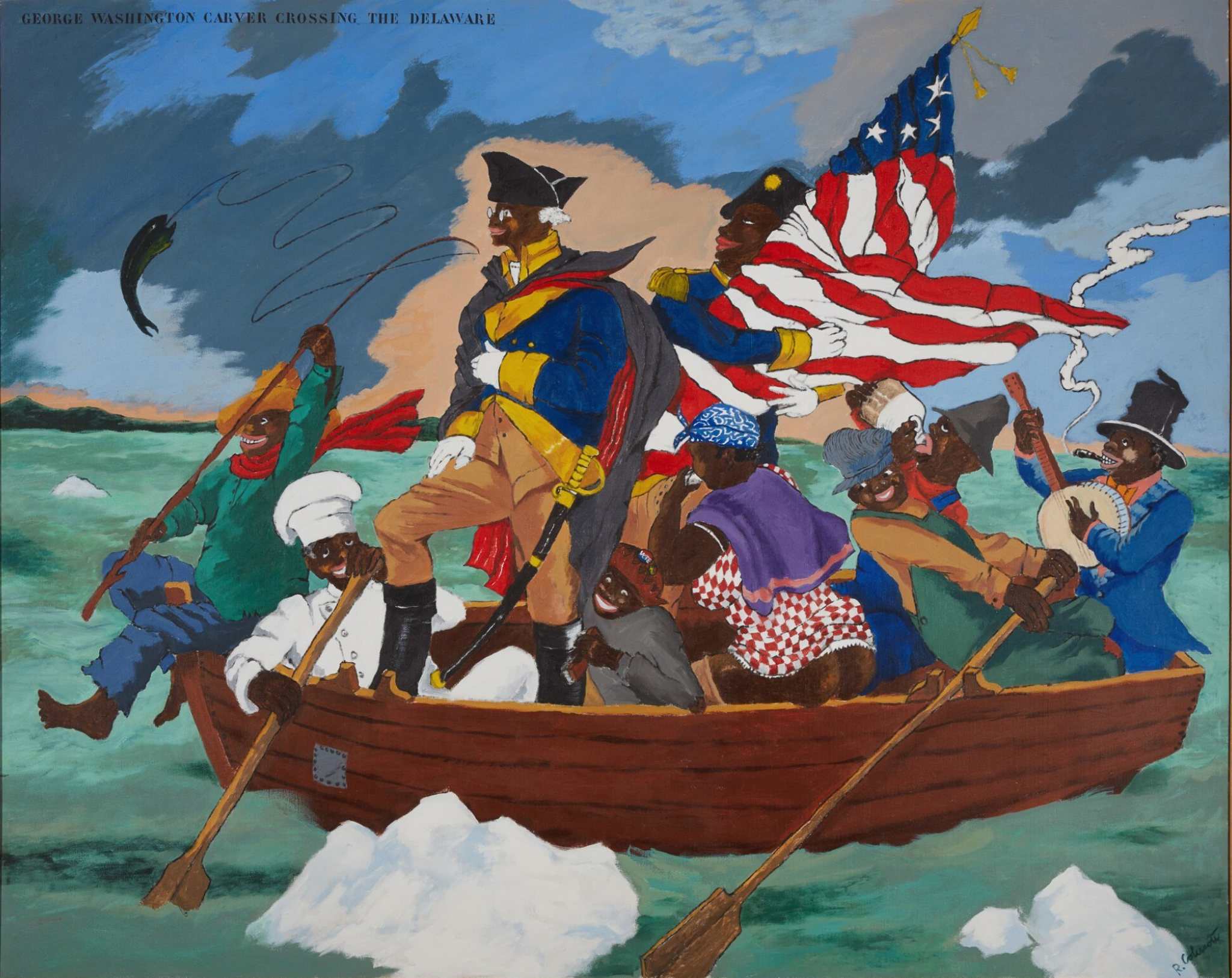