Etienne Chavannes was born in July 15th, 1939 in Cap-Haitien, second biggest city of the Republic of Haiti. As the eldest of eight children, he attended Marius Levy Secondary School for four years then Oswald Durand College High school. He thus acquired a perfect education in two modest schools of the city.

After a short stay in Port-au-Prince, he returned to the Cap-Haitien in 1964 to help with his father’s business, then becoming speculator, importer and exporter. Three years later, he left the trade to work for the SNEM (National Service for the Eradication of Malaria) in Petit-Goave – located in the Western Department 68 km south of Port-au-Prince. It is not before 1970 that he returned to the Cap-Haitien. There, he was attracted by the beauty of the city, which led him to indulge his youthful passion for painting.

Etienne Chavannes was self-taught and it took him so much passion and work to master his art. In early 1971, the art critic, gallery owner and famous painter Nehemy JEAN became Chavannes’ main mentor.

The representation of the crowd is the recurring feature in Etienne Chavannes’ descriptive paintings. Which is in the line with the artists from the School of Cap. The crowd always take over scenes of everyday life in Cap-Haitien (parish feasts, weddings, funerals, events, carnivals, sporting events, etc.). Etienne Chavannes offers a vision of his city through his own eyes, i.e. in active and incessant movements. He draws his subjects from his experience in Petit-Goave. He has also painted historical episodes from the Foundation of Haiti to the Duvalier era.

In 1973, he joined Le Centre d’Art of Port-au-Prince. According to Etienne Chavannes, the historical exhibition of Haitian art at the Brooklyn Museum in New York in 1978 marks his first success.

Etienne Chavannes is part of the 3e generation of Haitian painters and takes pride in. his 40 year-old career. 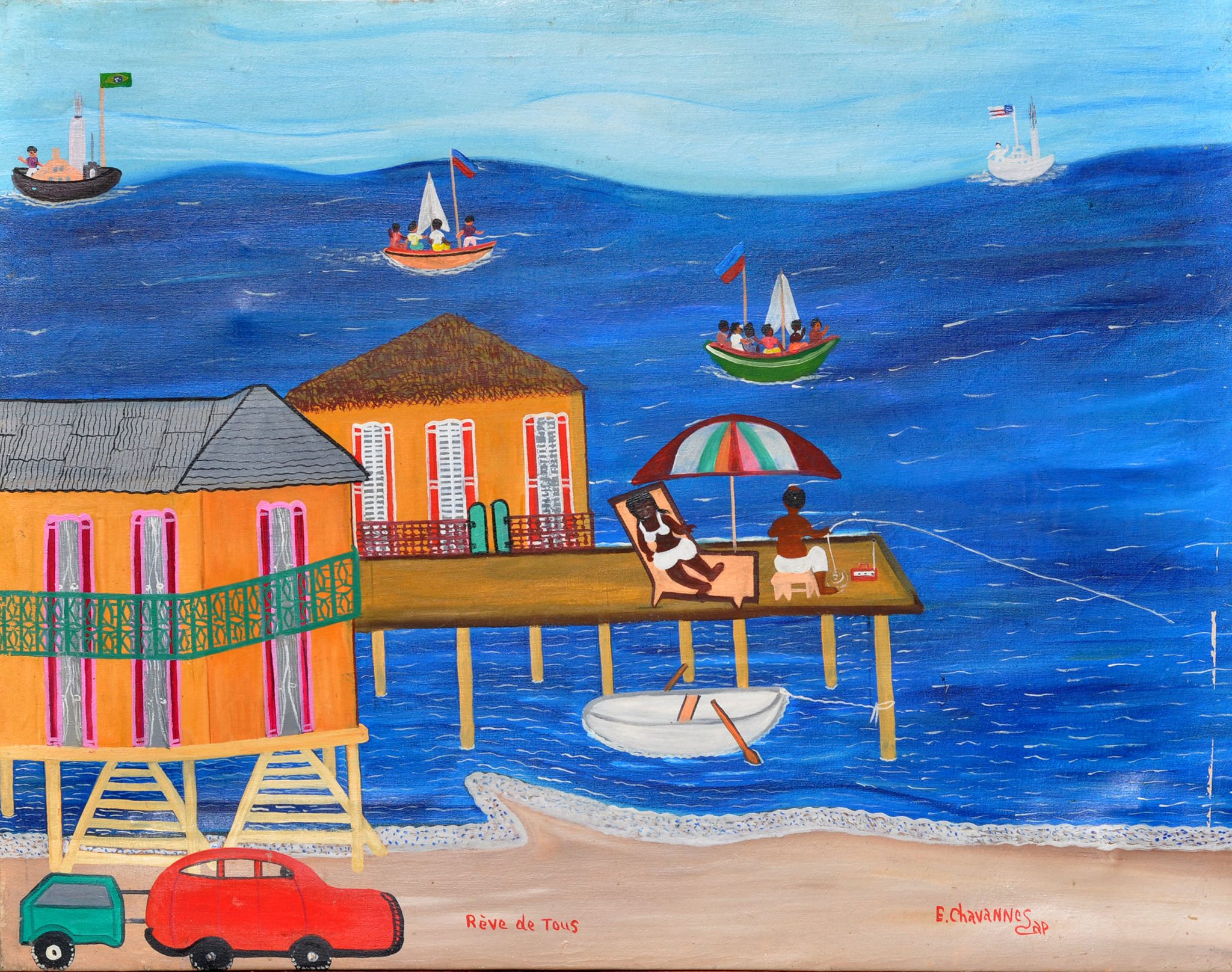 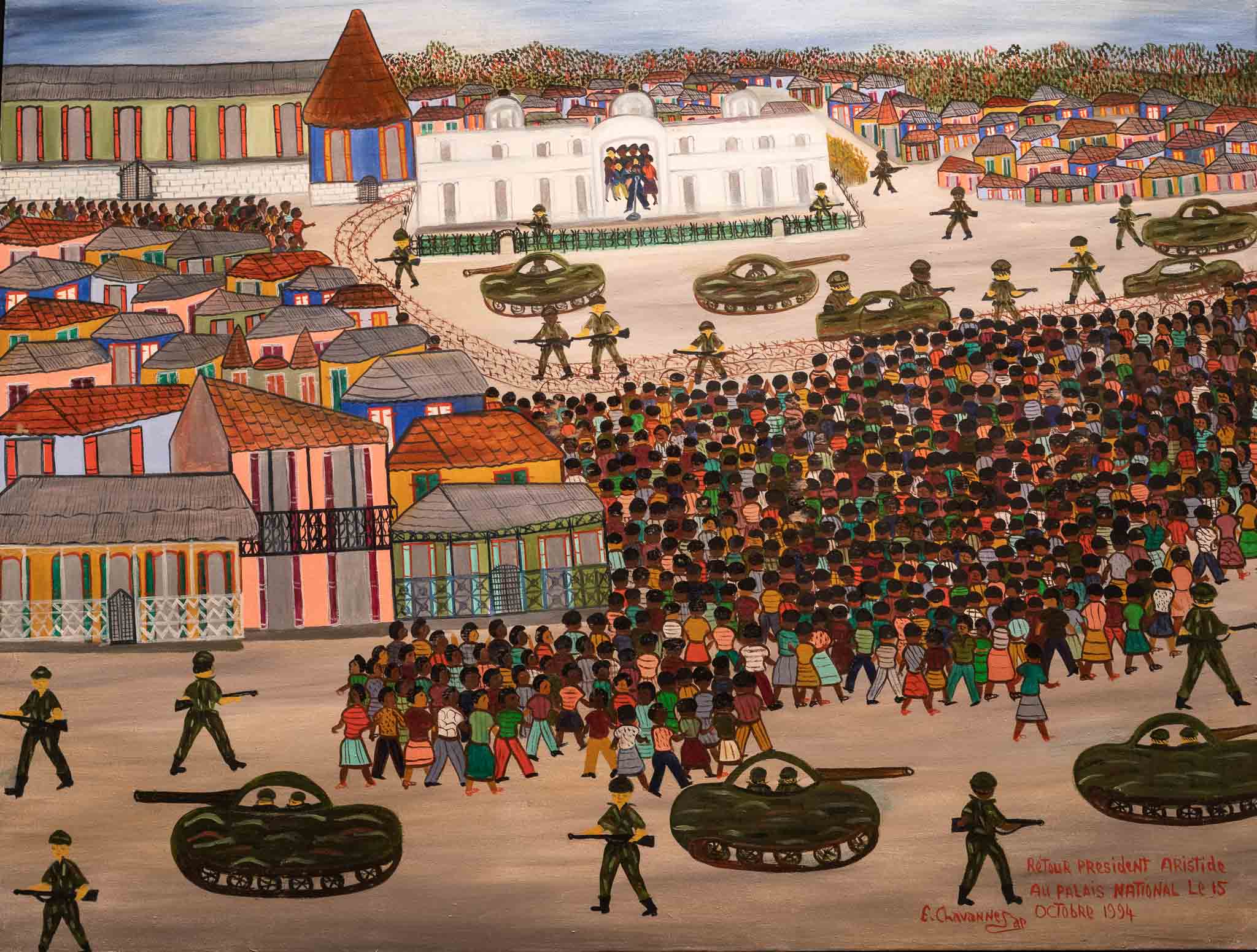 Return of Aristide to the National Palace, 1994 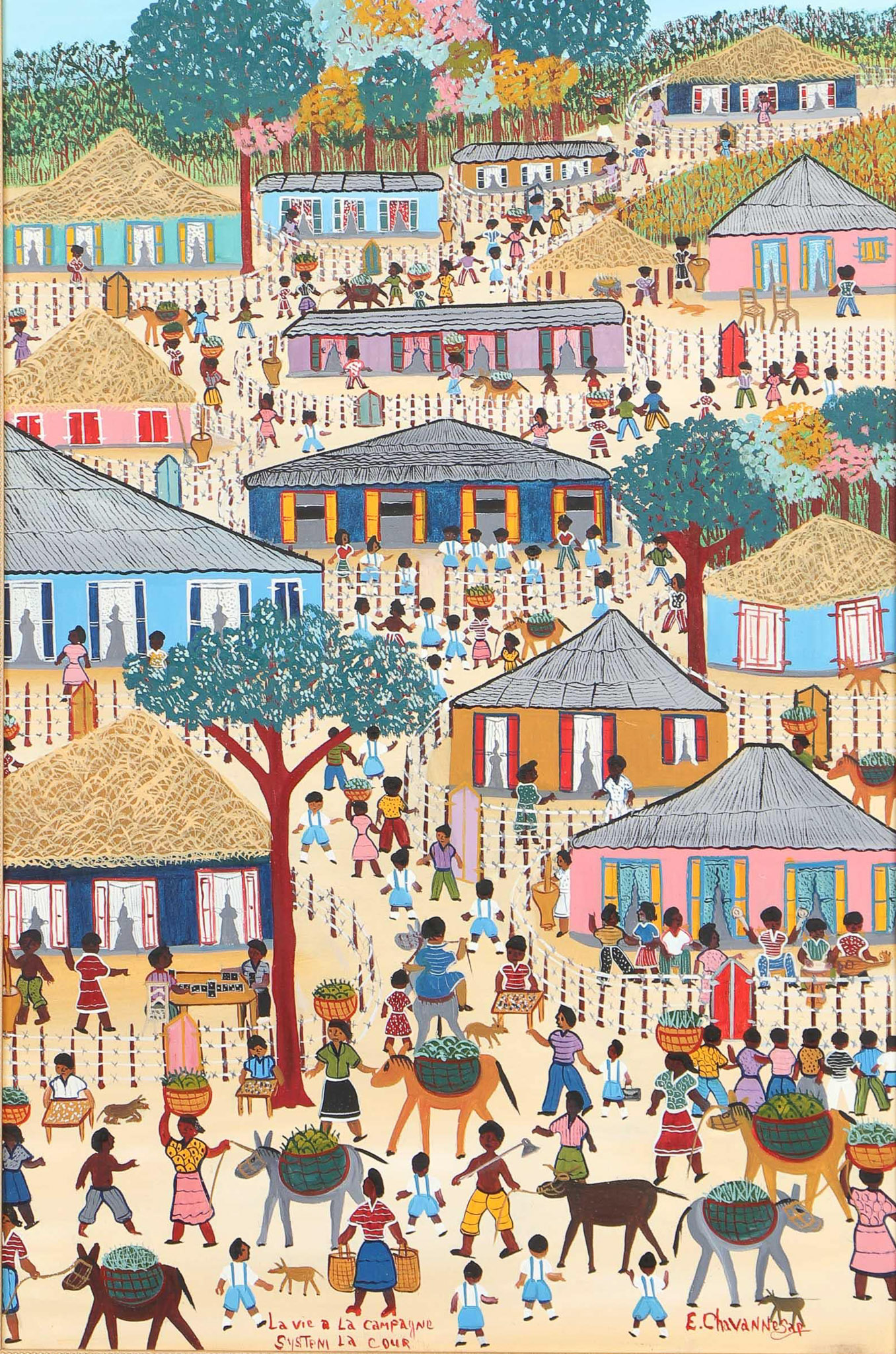 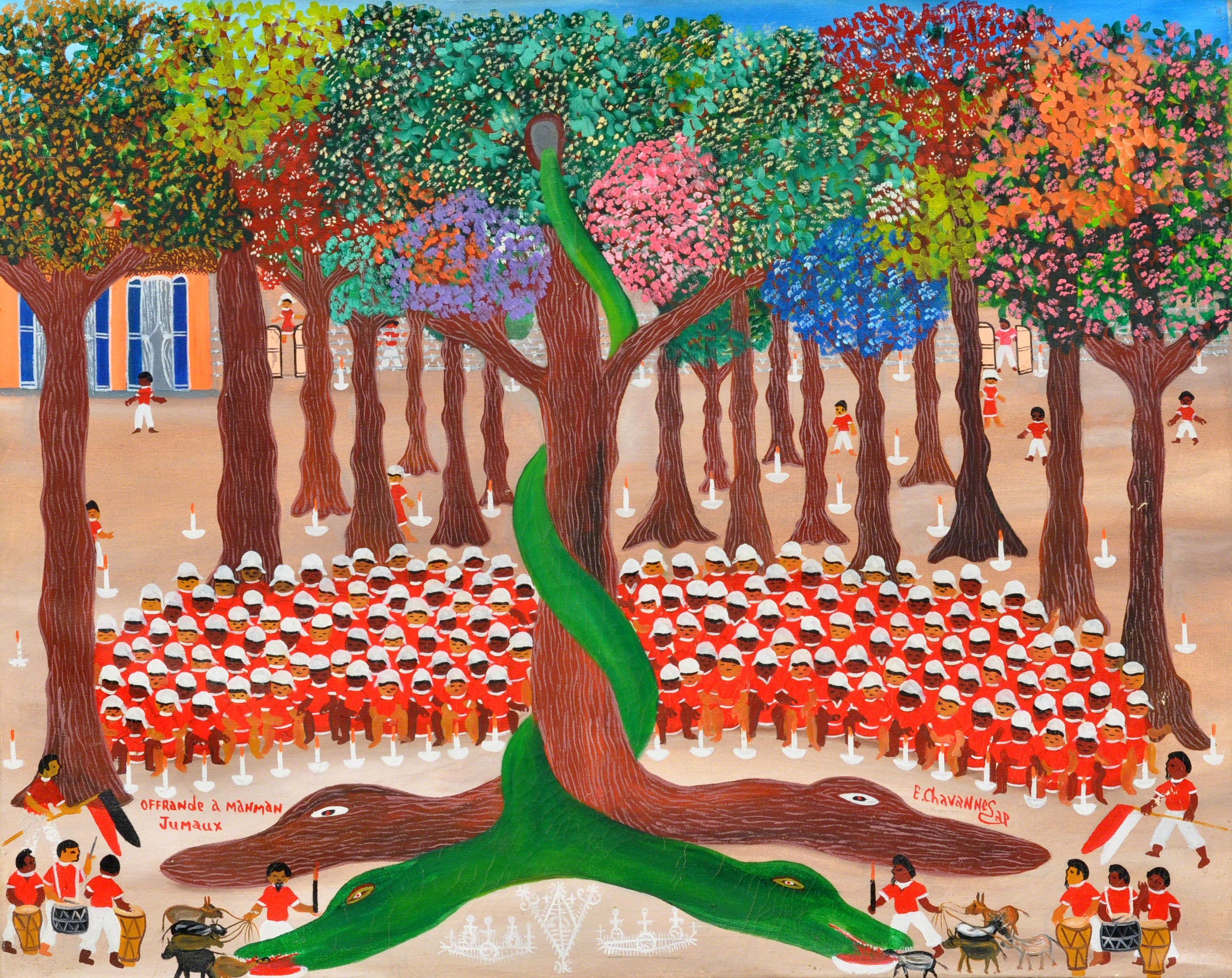 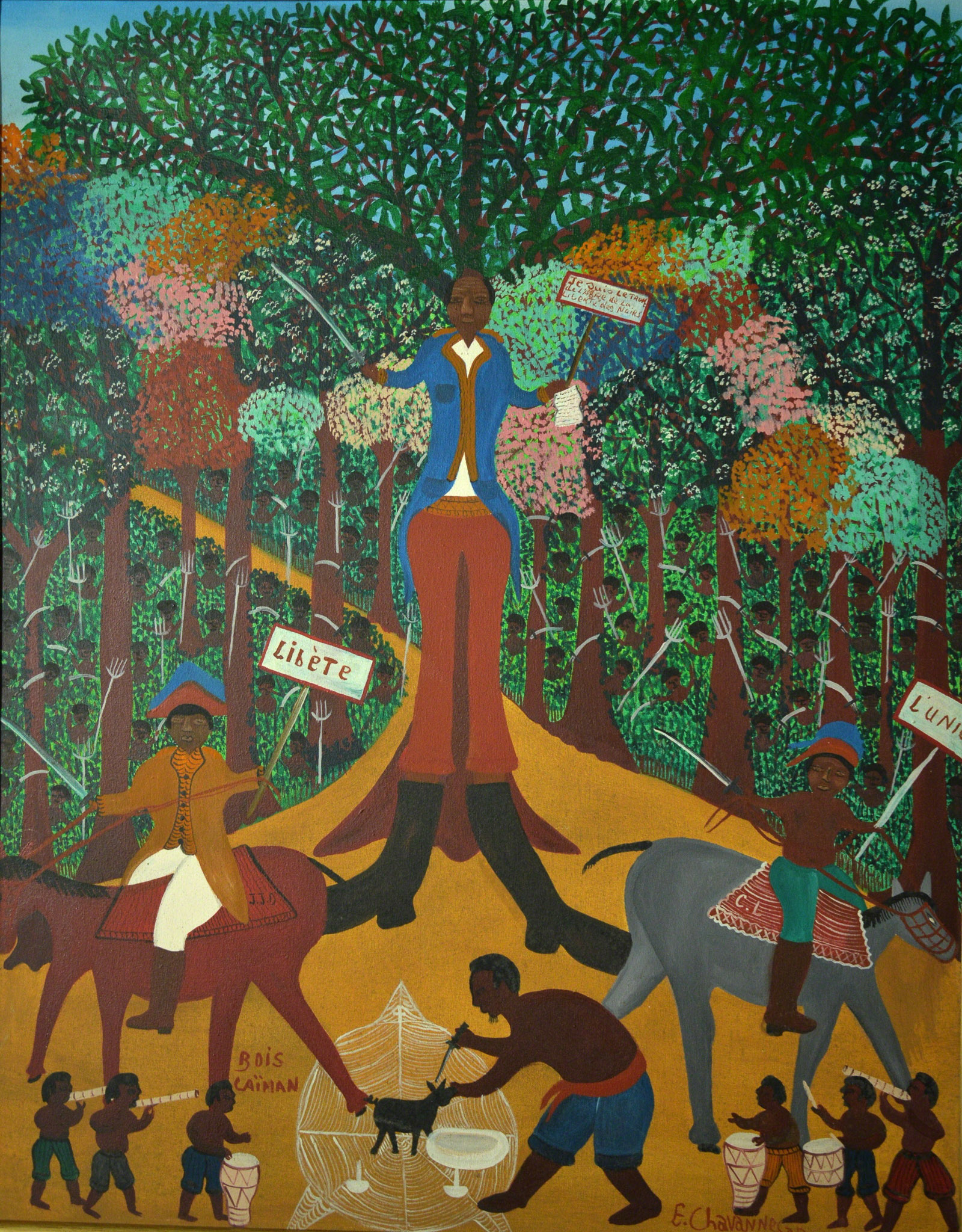 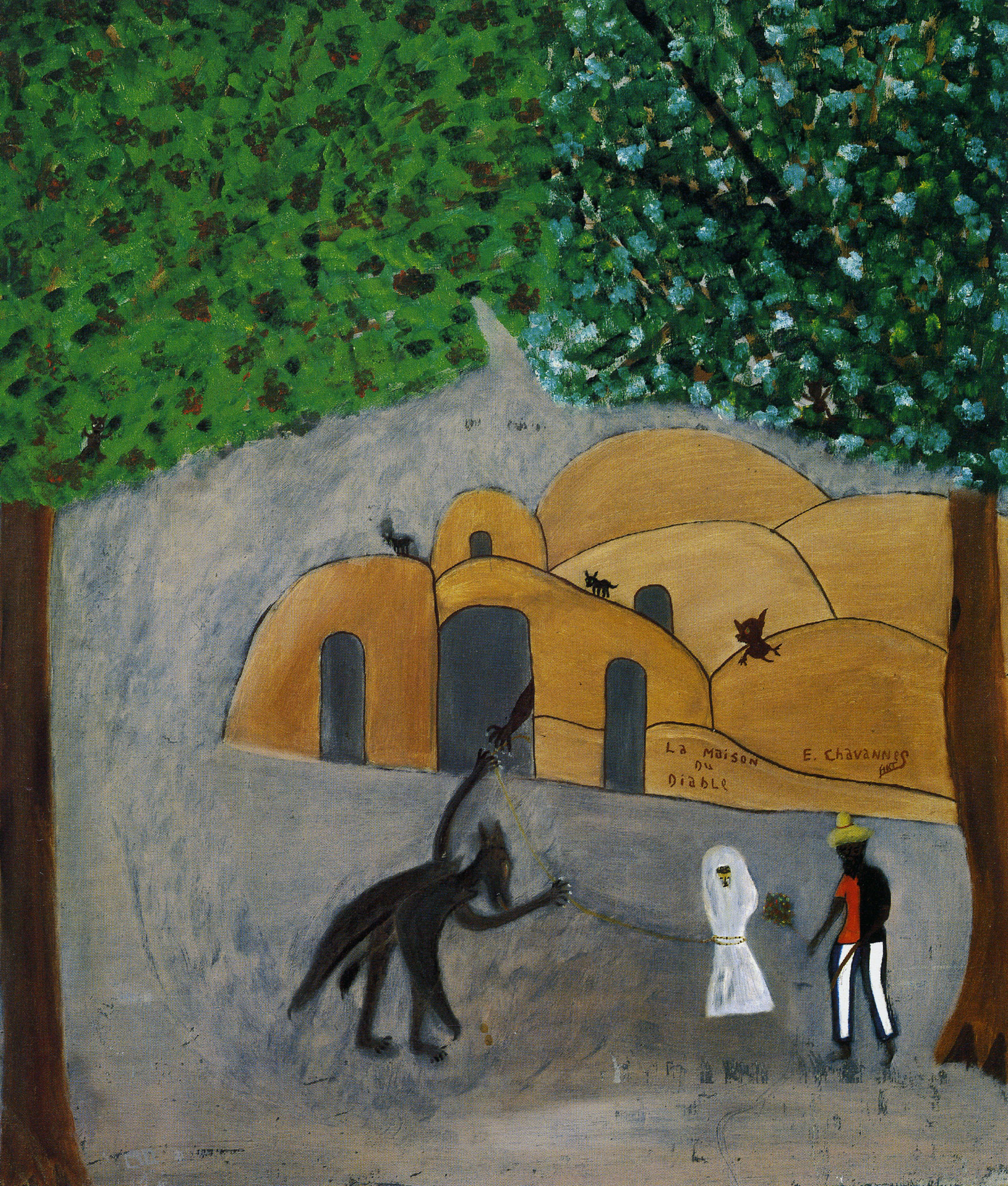 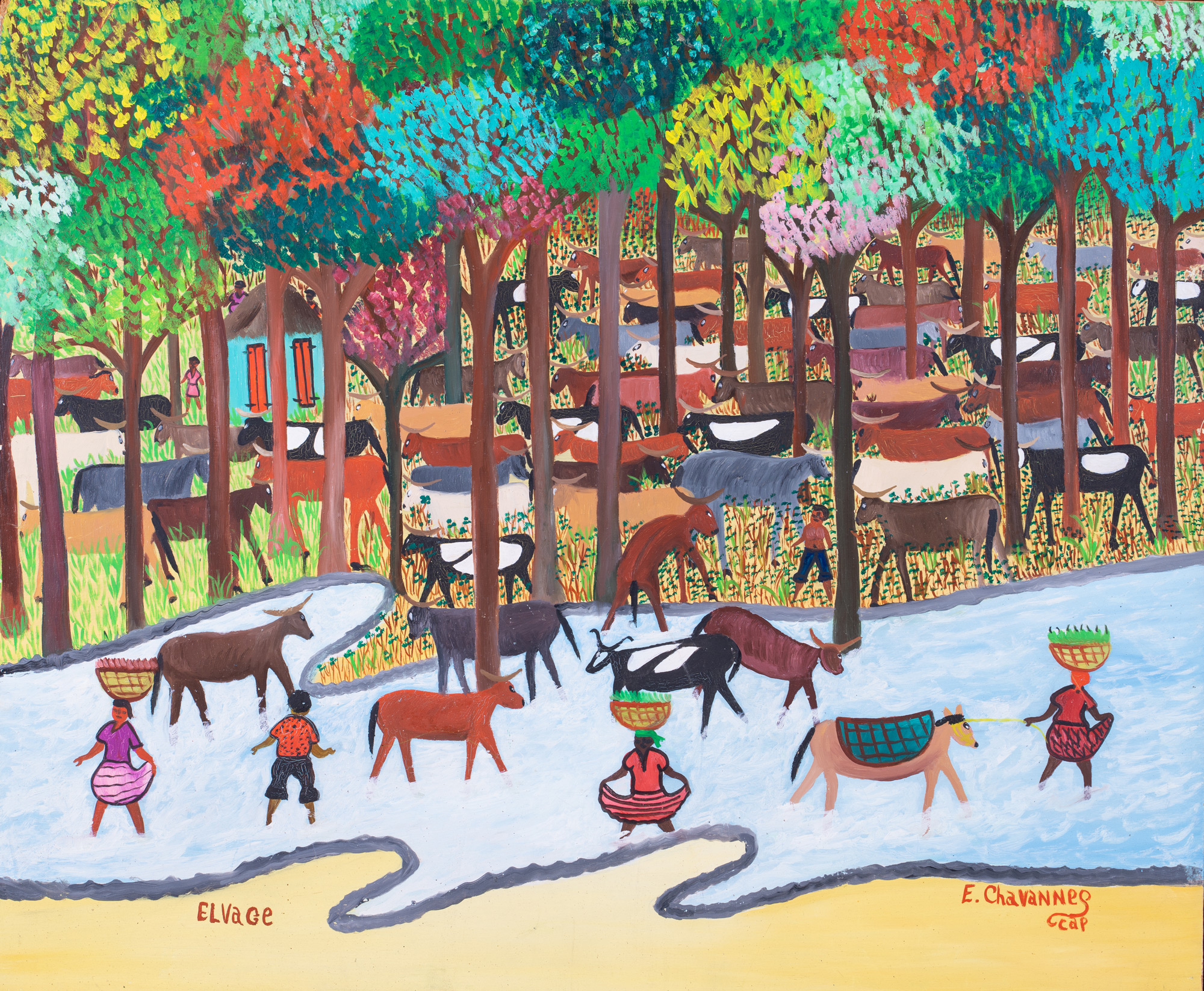