Born in 1954 in the village of Coteau, near Cayes in the far south of Haiti. His mother was a farmer and his father a cabinet-maker. Buteau remained in school until the age of 20, when he joined his father in the cabinet-making business. He began to paint at about this time, encouraged by a cousin who was a painter. He also worked as a fisherman and in a factory in Port-au-Prince until it was shut down during the embargo of the early 1990's. This circumstance led to his focusing on painting anew, with the encouragement of Galerie Bourbon-Lally, among others. A rising star of Haiti's current generation of artists, Gelin Buteau passed away in July of 2000. We will miss his brilliant, fantastic and often disturbing vision. Buteau’s work has been exhibited internationally including the exhibition "Error and Eros: Love Sacred and Profane" at the American Visionary Art Museum in 1998, and is published in Artistes en Haiti: Cent Parmi d'Autres (1997) and Haiti: Anges et Demons (2000), among other books. 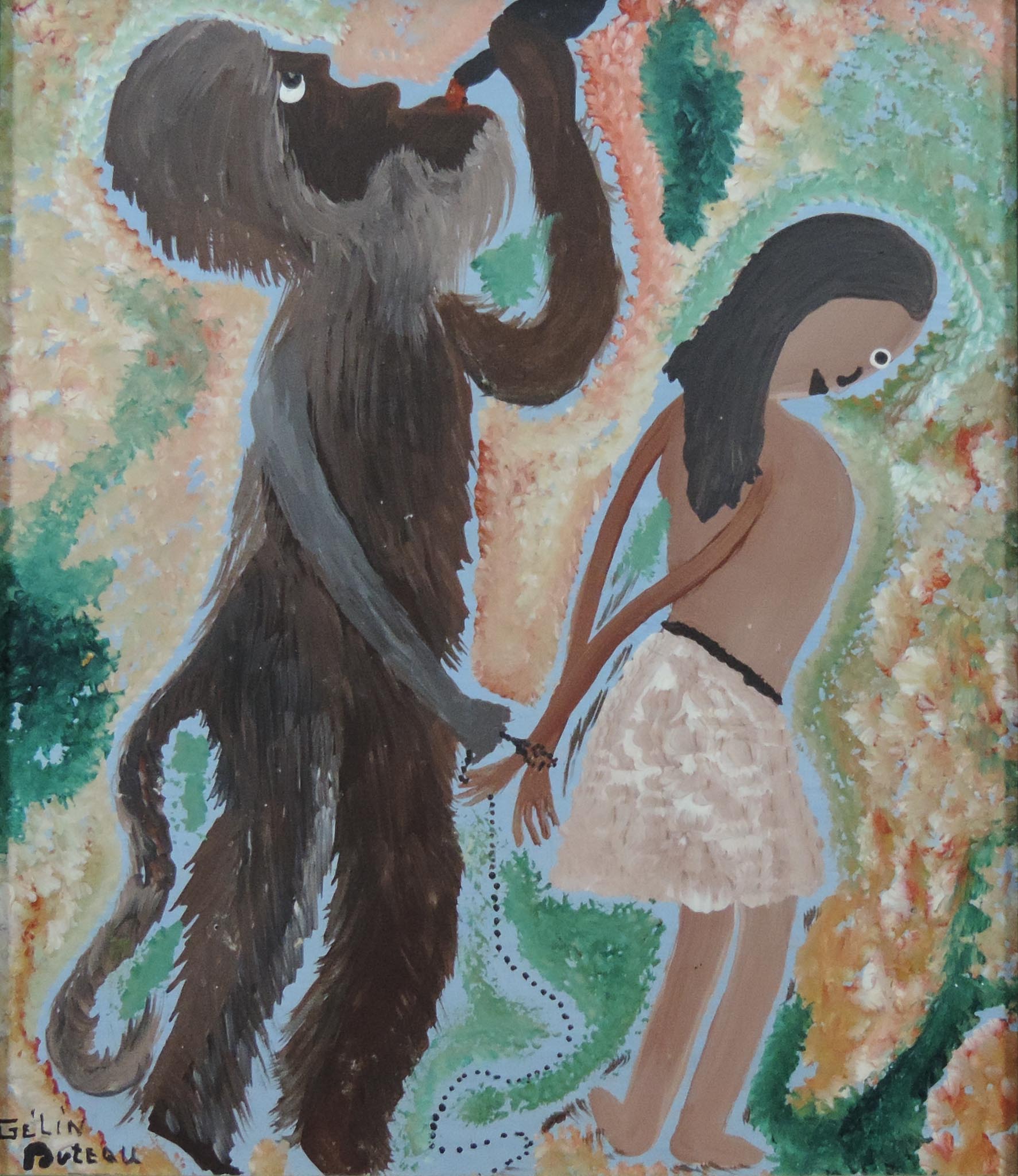 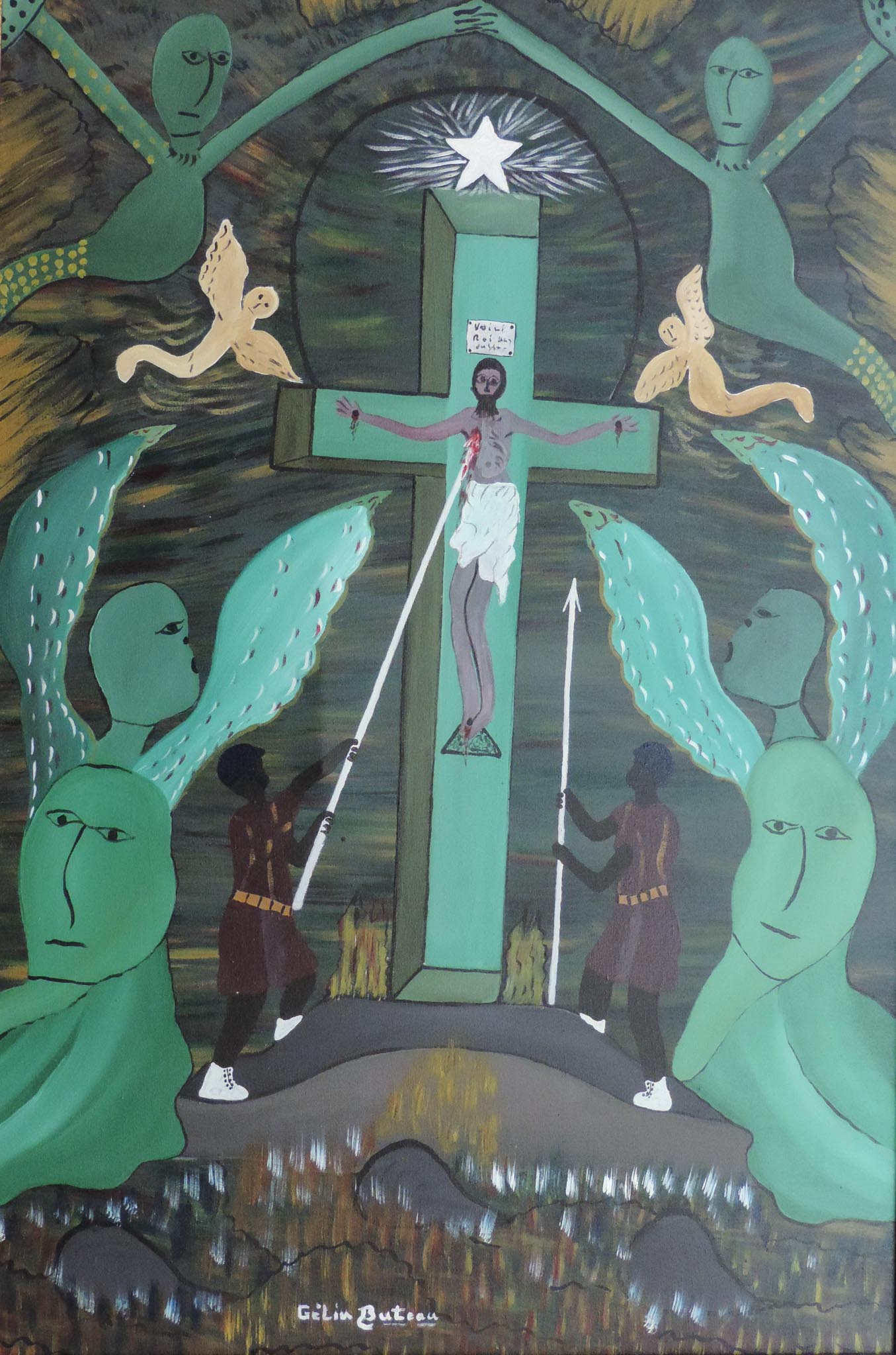 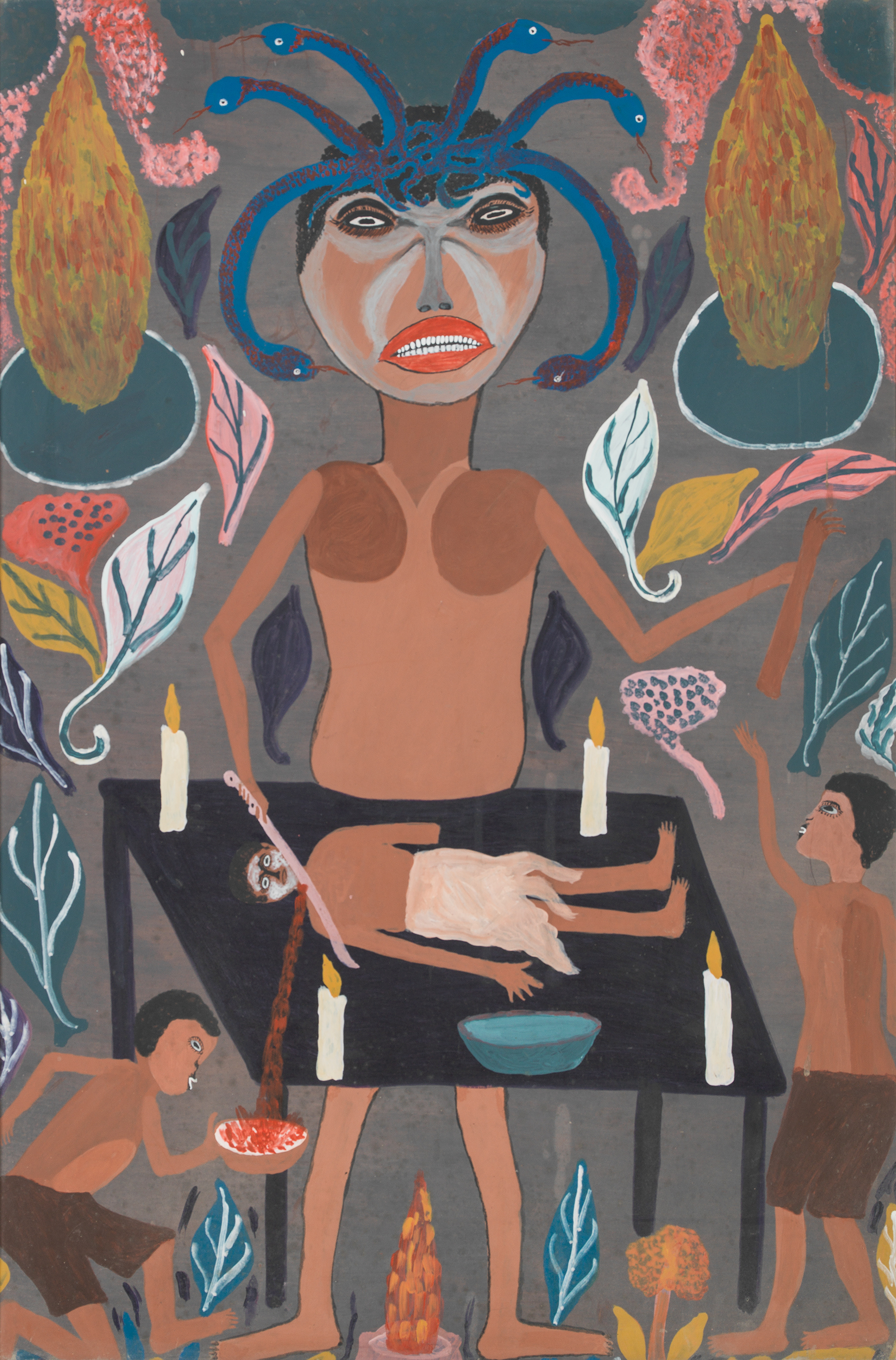