Bresil was born in Gonaives, Haiti in 1952. He began to paint quite early in life and relocated to Port-au-Prince in 1973. Bresil is one of those painters whose work is instantly recognizable. His lush green landscapes are often populated with pink flamingos and contain flowing streams and waterfalls. He did all sizes of paintings including extremely large ones that were quite monumental, even breathtaking. His work would have to be described as decorative and his themes were repetitive but they were, and are, coveted internationally Evidently he became quite eccentric as he got older and was killed tragically in a violent altercation at a restaurant in 1999. 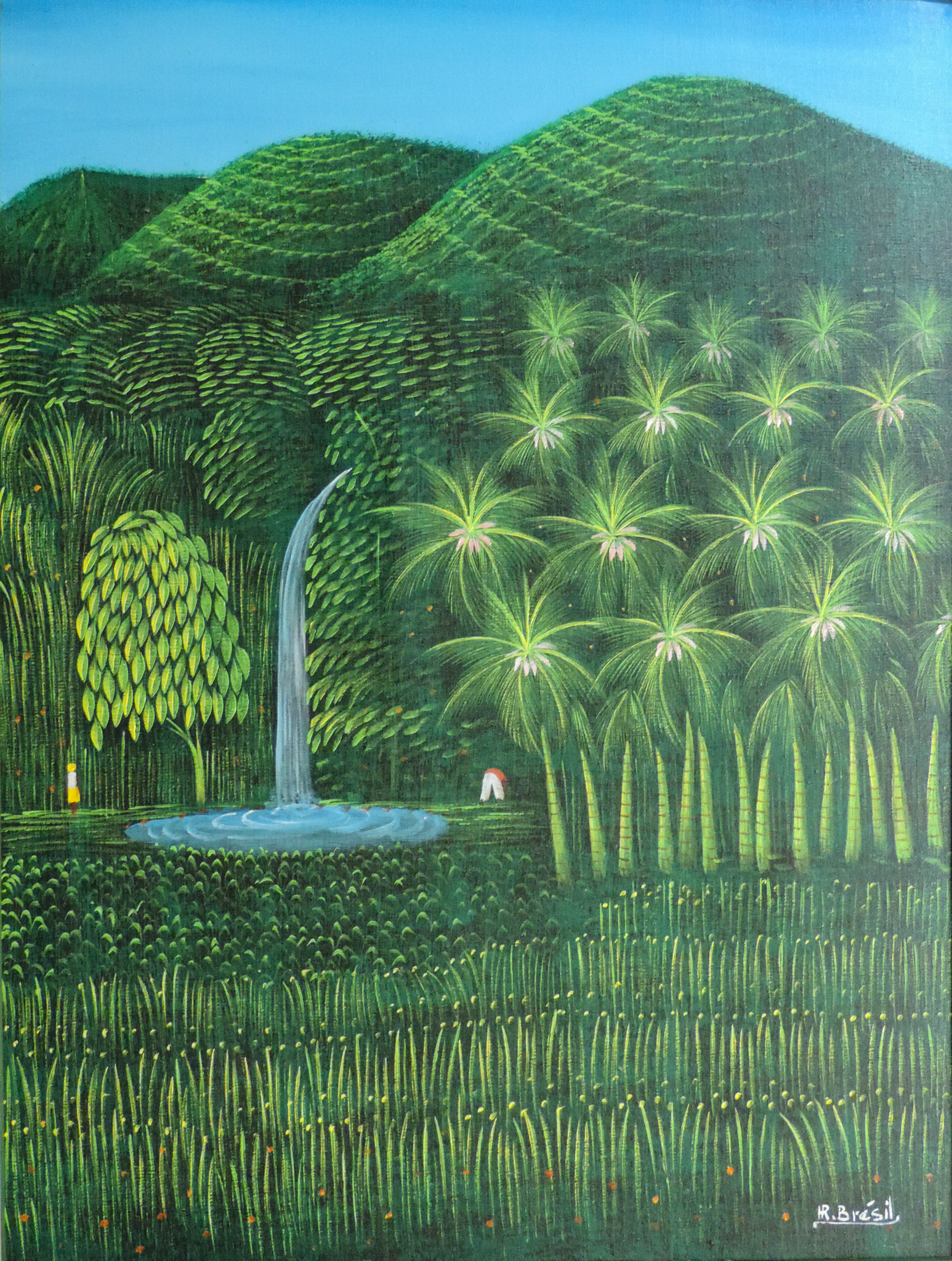