Born in 1929 in the southern Haitian village of Trouin. Migrating to Port-au-Prince, Blanchard found work as a gardener at the Centre d'Art. He began painting in 1948, with the encouragment of the American sculptor Jason Seley. Blanchard's paintings of birds and farming scenes were first shown at the Centre d'Art, and have since been exhibited all over the world. His work is included in the collections of both the Davenport Museum of Art and the Waterloo Museum of Art, in Iowa. His son, Smith Blanchard also became a prominent Haitian painter. Sisson Blanchard died in 1981. 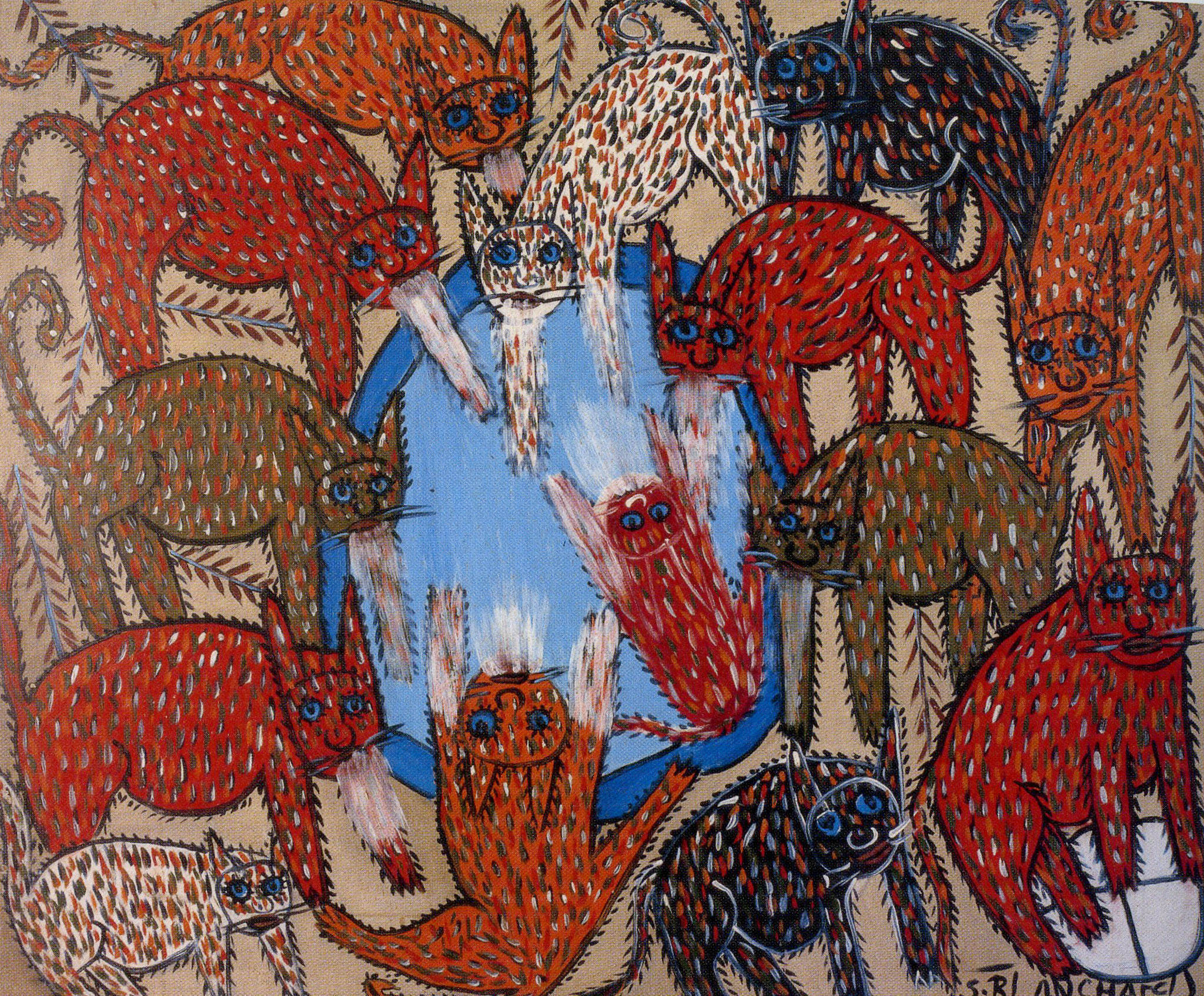