Fabolon Blaise was born in 1959 in Cap Haitian. His mother was a vendor of fruits and vegetables and his father was a mechanic and tax collector in the markets of LeCap. By the time he was 15, Fabolon was living in Port-au-Prince, painting in the company of his famous brothers in the atelier behind the Galerie Monnin where it was not uncommon for more than one brother to work on the same painting. Fabolon progressed as had his brothers, starting with historical figures, then painting richly detailed landscapes, and as he got older his work turned surreal, depicting mainly vodou characters.

In 1985 he became ill and on the advice of the Monnins, went to the hospital where he was diagnosed with a perforated duodonum and surgery was recommended. When his brother St. Louis Blaise heard about the situation, he removed him from the hospital and took him to a vodou priest who requested that Fabolon stay with him overnight so he could cure him. When St. Louis returned the next morning, Fabolon was dead, a tragic loss of a great talent. He was 26 years old.  Fabolon is survived by two of his brothers, Serge Moleon Blaise, the eldest and Andre Blaise, the youngest.


Notes by Bill Bollendorf via http://www.artshaitian.com/Pages/haitianartfablaise.html 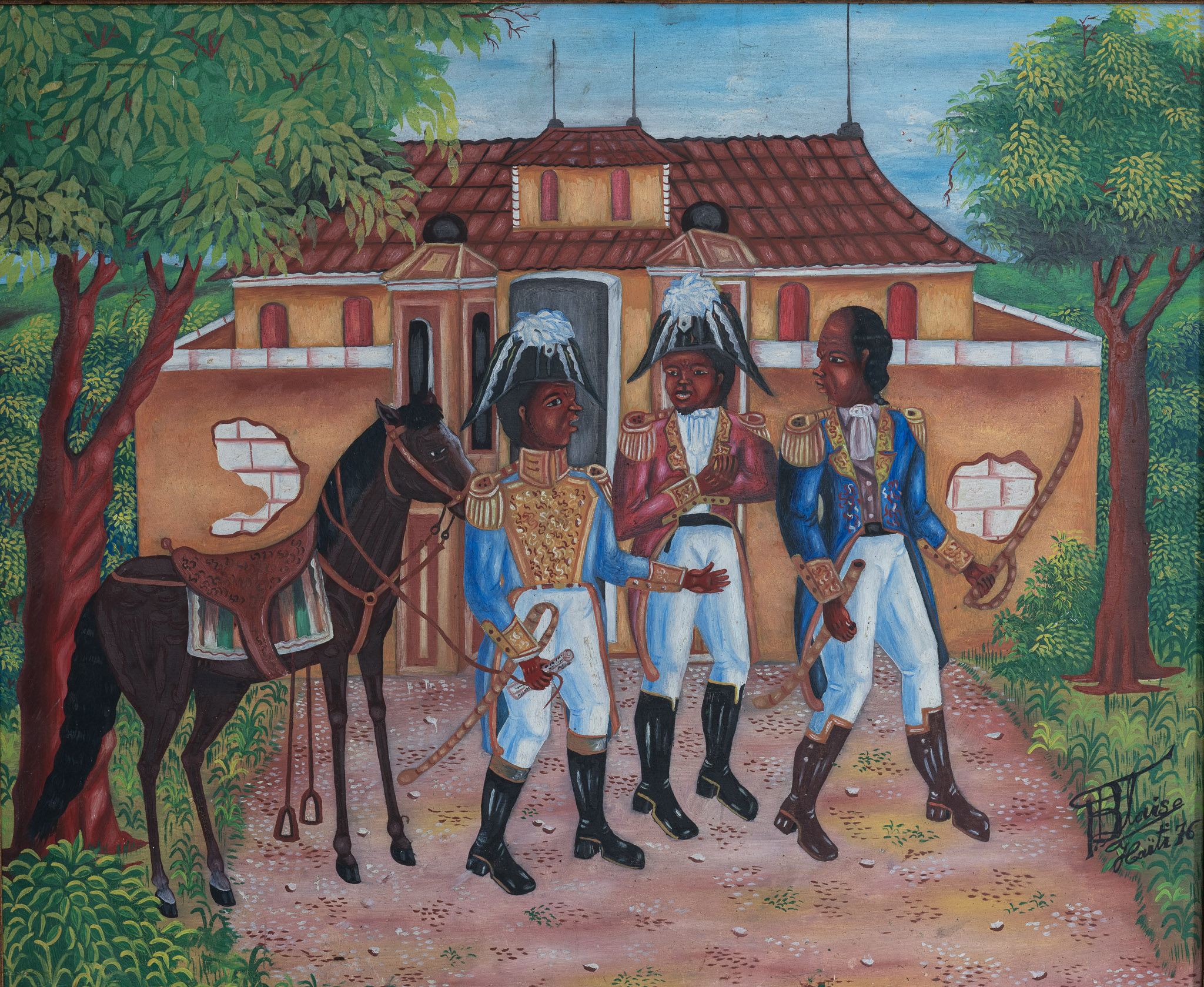