Born in Bakou, Russia, in 1909, Baussan studied at the Jerome Academy in Paris. She married Haitian architect Robert Baussan and moved to Haiti in 1931. <br />

In 1944 Baussan was one of the first women to join the Center d'Art. Her work has been exhibited in most of its exhibits. She is well known for her charcoal drawings, still lifes, undersea landscapes. and her sculpture. <br />

Although not a native Haitian, she was so influenced by Haitian culture that she considered herself a Haitian artist. 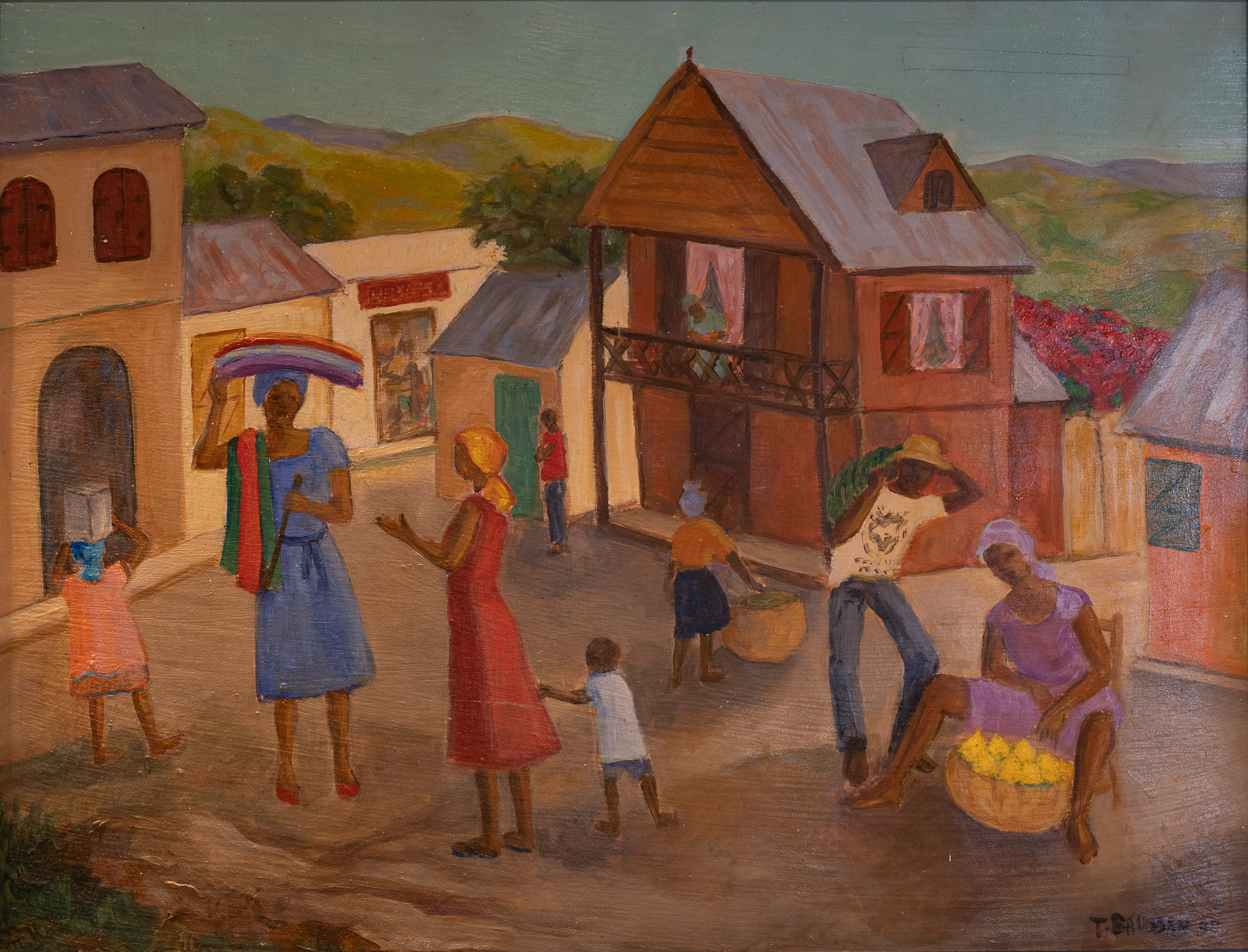