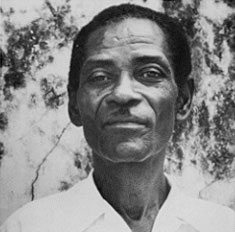 photograph reproduced from Haitian Art: The Legend and Legacy of the Naive Tradition by L.G. Hoffman, Davenport Art Gallery, 1985


Montas Antoine was born in Leogane on December 14, 1926. He joined the famous Centre d'Art in 1951, while still serving as a soldier in the Haitian army. He turned to painting full-time in 1960. One of the great Haitian intuitive painters, Antoine's work has been exhibited widely, and is now included in the permanent collections of the Musee d'Art Haitien du College Saint Pierre in Port-au-Prince, the Milwaukee Museum of Art, the Wadsworth Atheneum in Hartford, Connecticut, and the New Orleans Museum of Art. His work is represented in the major private collections, including the Demme collection (the catalog of which, Island on Fire provided the biogrophical information above). Antoine's work is included in Where Art is Joy by Selden Rodman, and Haitian Art and Kunst aus Haiti by Ute Stebich, among other works. Montas Antoine died in 1988. 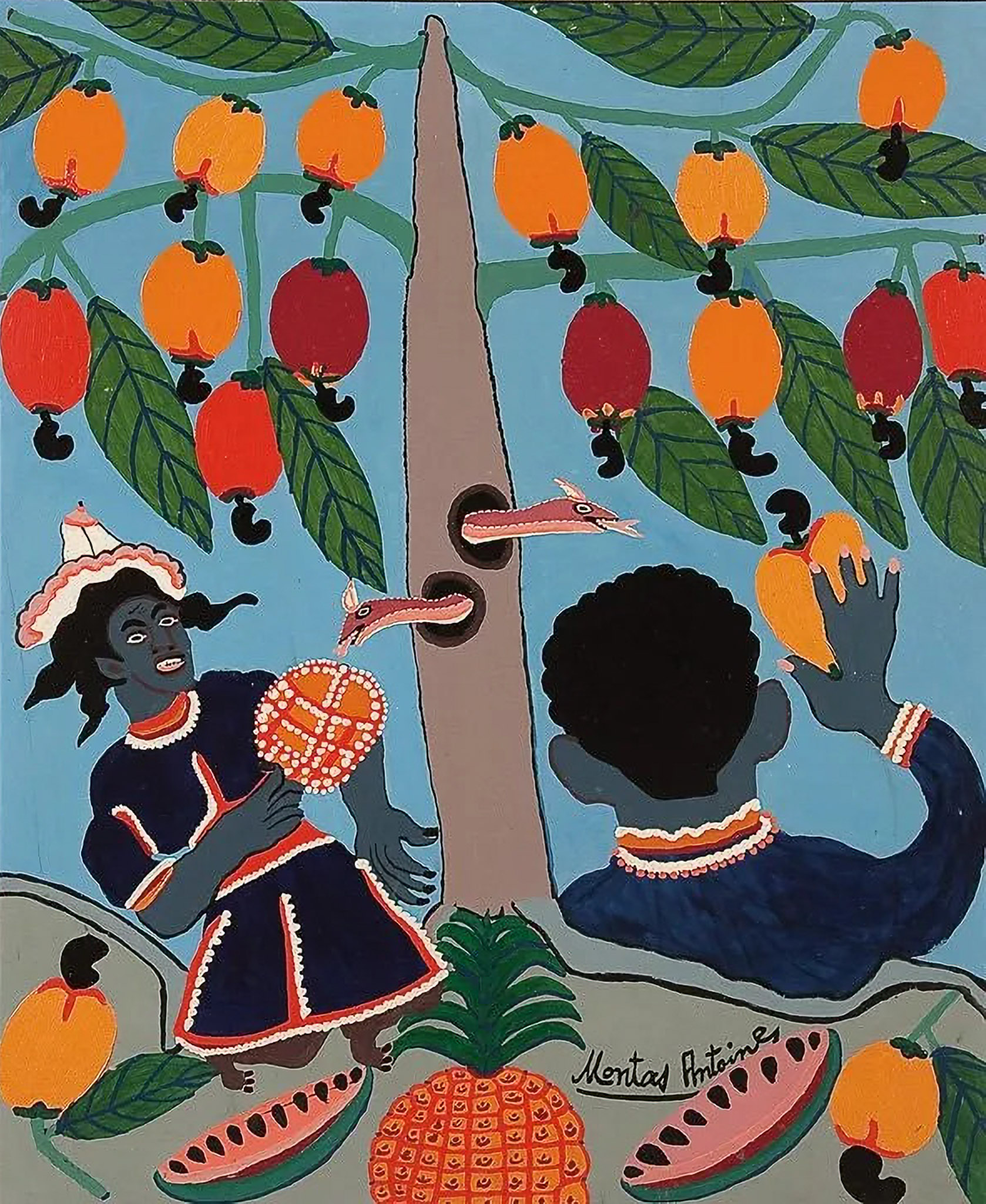 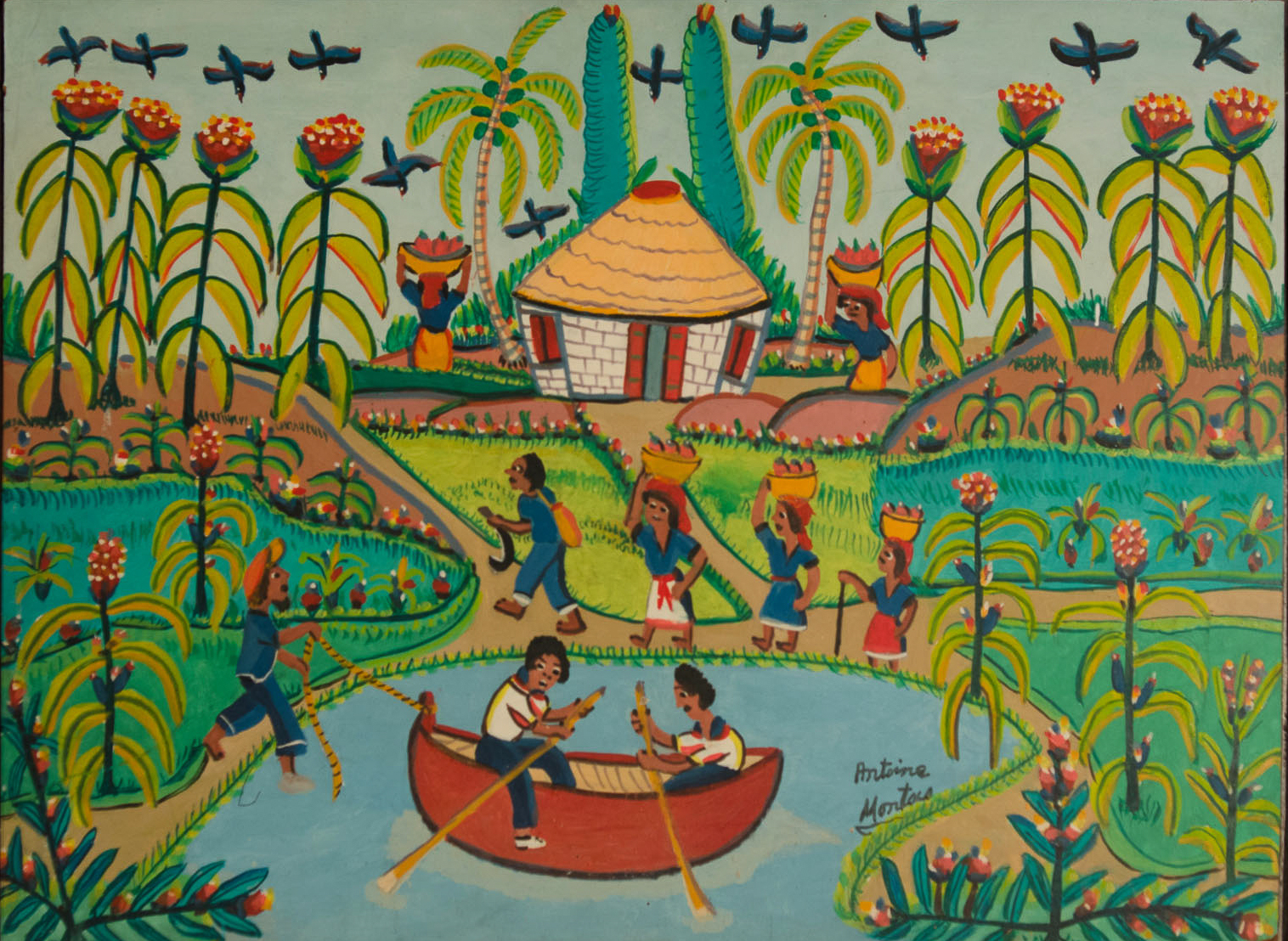 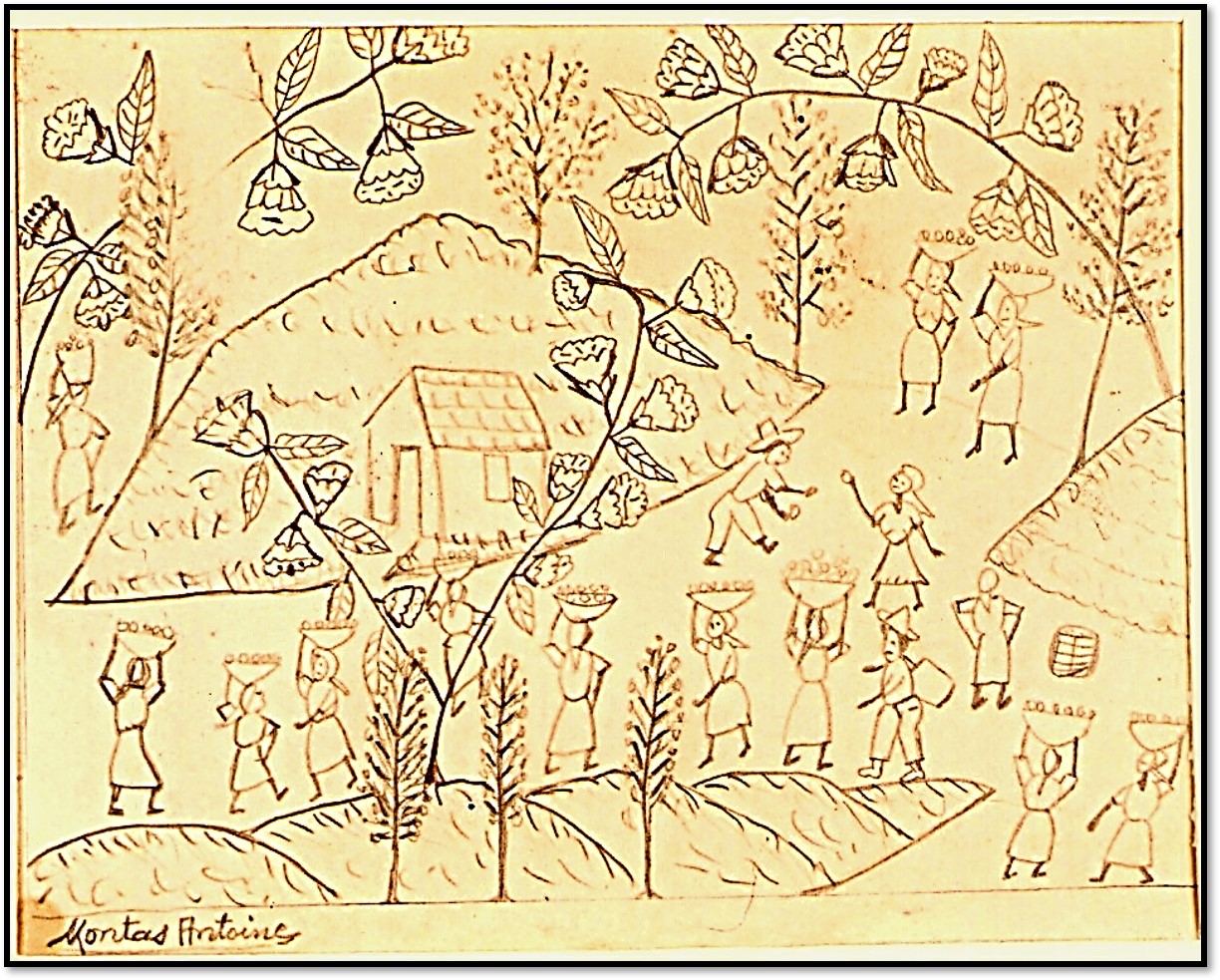