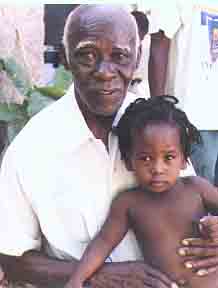 
Richard Antilhomme was born in the early 1920's in Petit Trou de Nippes. His parents were farmers . He never attended school and moved to Port-au-Prince when he was nine. There he found work as a housekeeper in the home of a doctor. He later became a mechanic and then worked at painting and construction. When he was around fifty, he met Tiga, the founder of the Saint Soleil art community in the mountains above Port-au-Prince, and became one of the first members of the group. When Saint Soleil disbanded in 1978 Antilhomme stopped painting and did not resume until 1989 . He is presently a member of "Cinq Soleils", the group that grew out of Saint Soleil. He spends all of his time painting now. "When I am painting, I am happy"' he says now, "everything is good for me, I am happy" 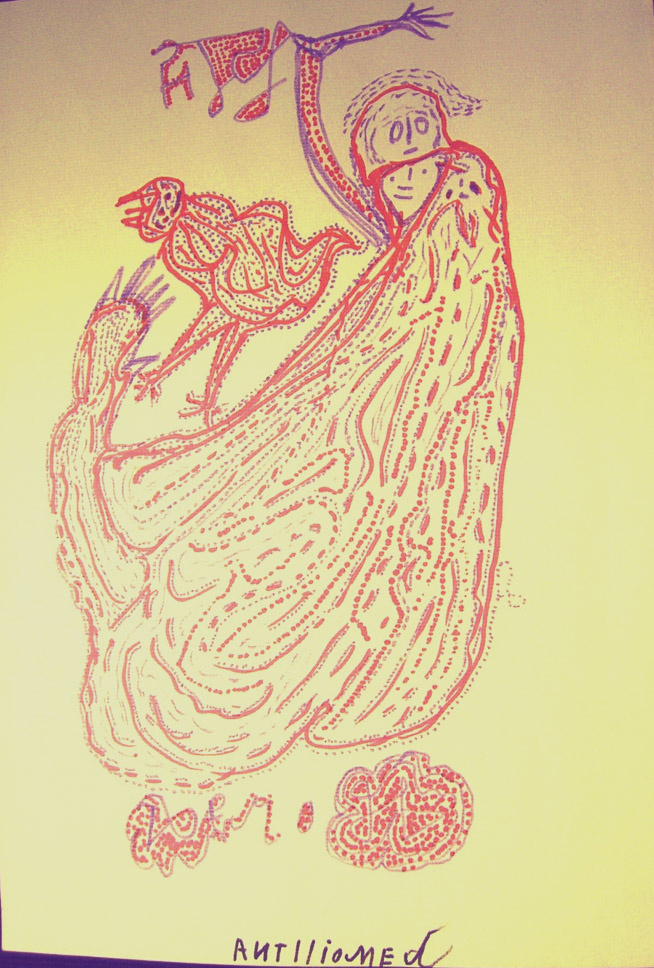