Gabriel Alix was  born in 1930 in St. Marc, hometown of Hector Hyppolite.  Alix is said to have been brought to Port-au-Prince and introduced to the Centre d'Art by Hyppolite in 1946.  He joined the Centre, but continued to live and to paint in St. Marc.  He died in 1998.  Both his wife, who signed her work "Mervil", and his son who signed his work as "Dort", became painters under Alix's guidance.  His work is included in the permanent collection of the Davenport Museum of Art in Iowa. 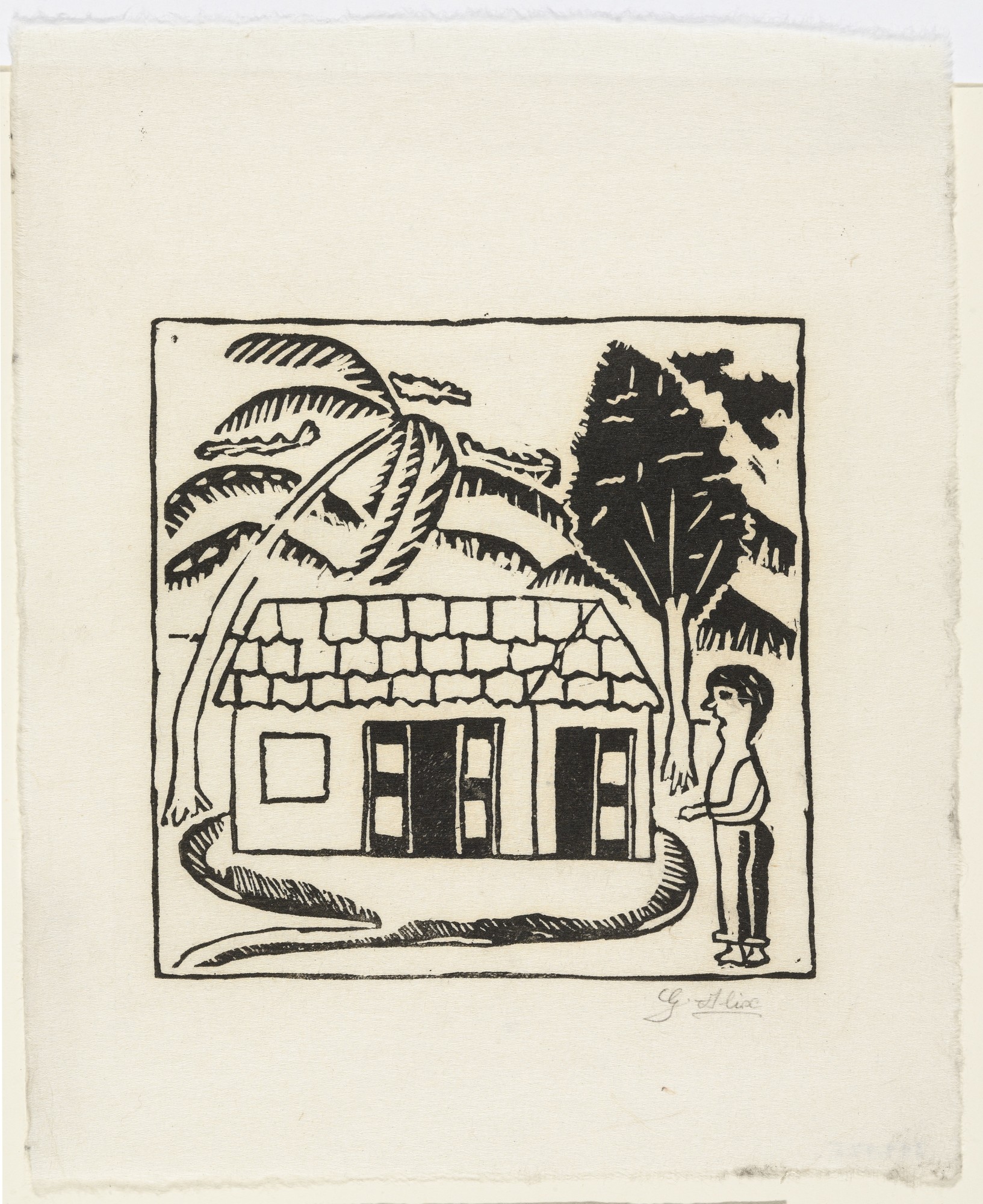 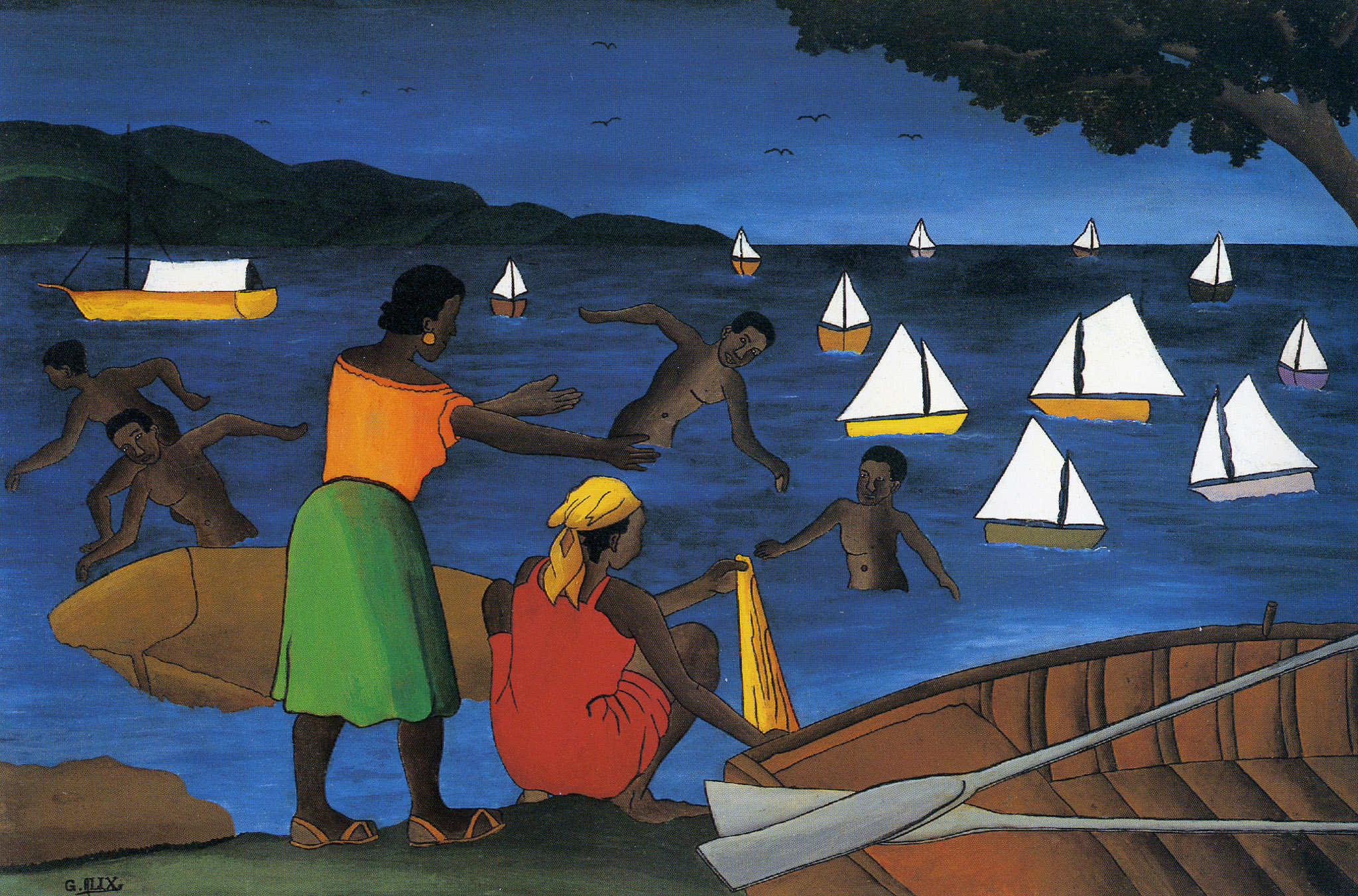 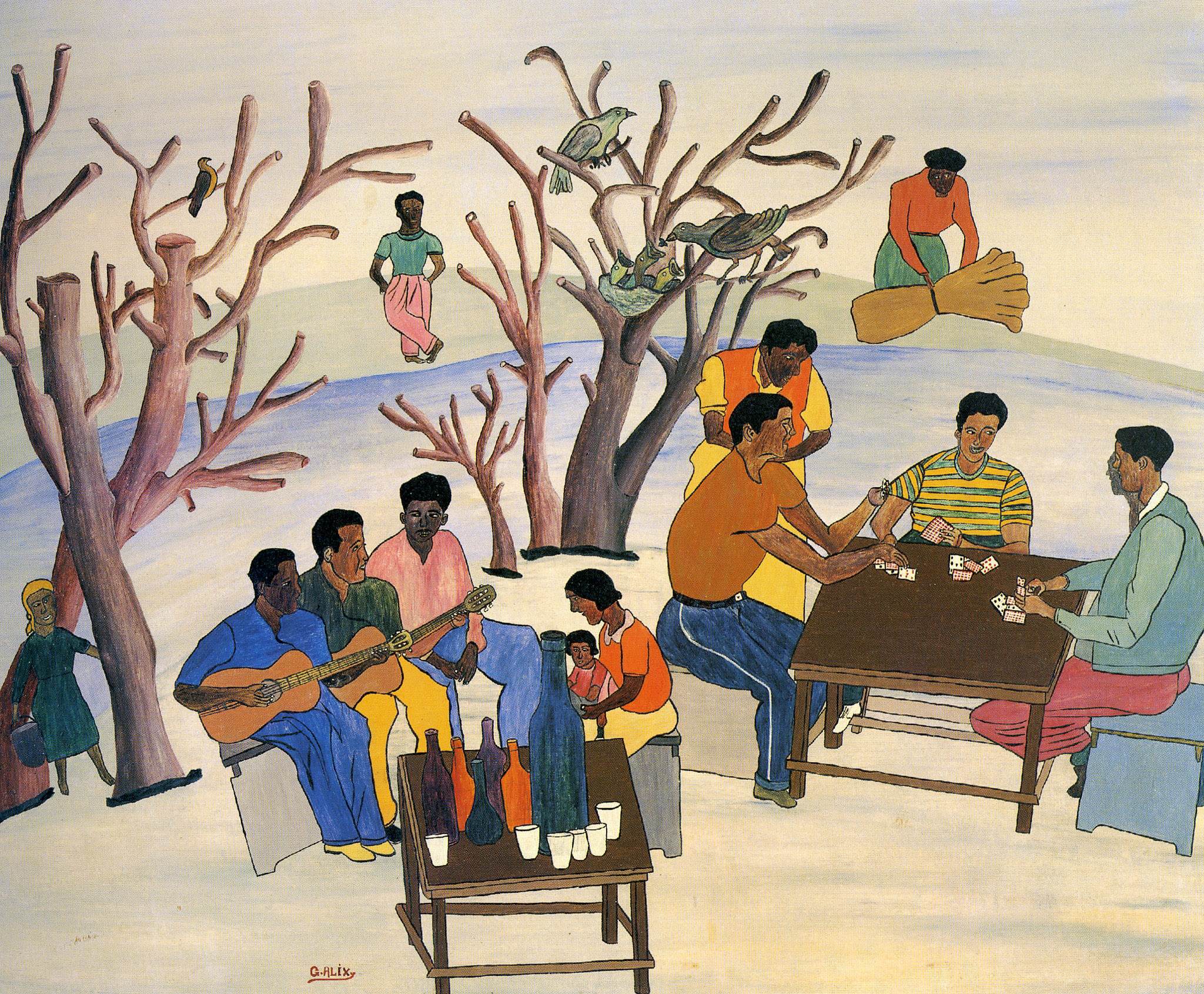