Theard Aladin was born in Jacmel, Haiti on October 12, 1925. For most of his life he was a stonemason and farmer. At the end of 1983, he injured his back and was unable to continue his trade. For months he languished, doing odd jobs and looking for a way to support his wife and seven children

In the fall of 1984 he had a dream that told him that he was an artist. Theard was a cousin to the renowned Haitian painters Prefete Duffaut and Pauleus Vital. He painted his first painting the next day , and for the next two years painted in a small house on the Ruelle George in Carrefour, in the company of a group of other transplanted Jacmellians, Maurice Vital, Martino Gabriel and Lorcin Vital, as well as the son of Pauleus, Edouard Vital.

In 1987 He moved with his family to a small house on the top of a limestone cliff overlooking Carrefour, where he lived and worked until his untimely death from heart disease at 7am on Tuesday, August 17, 1993. 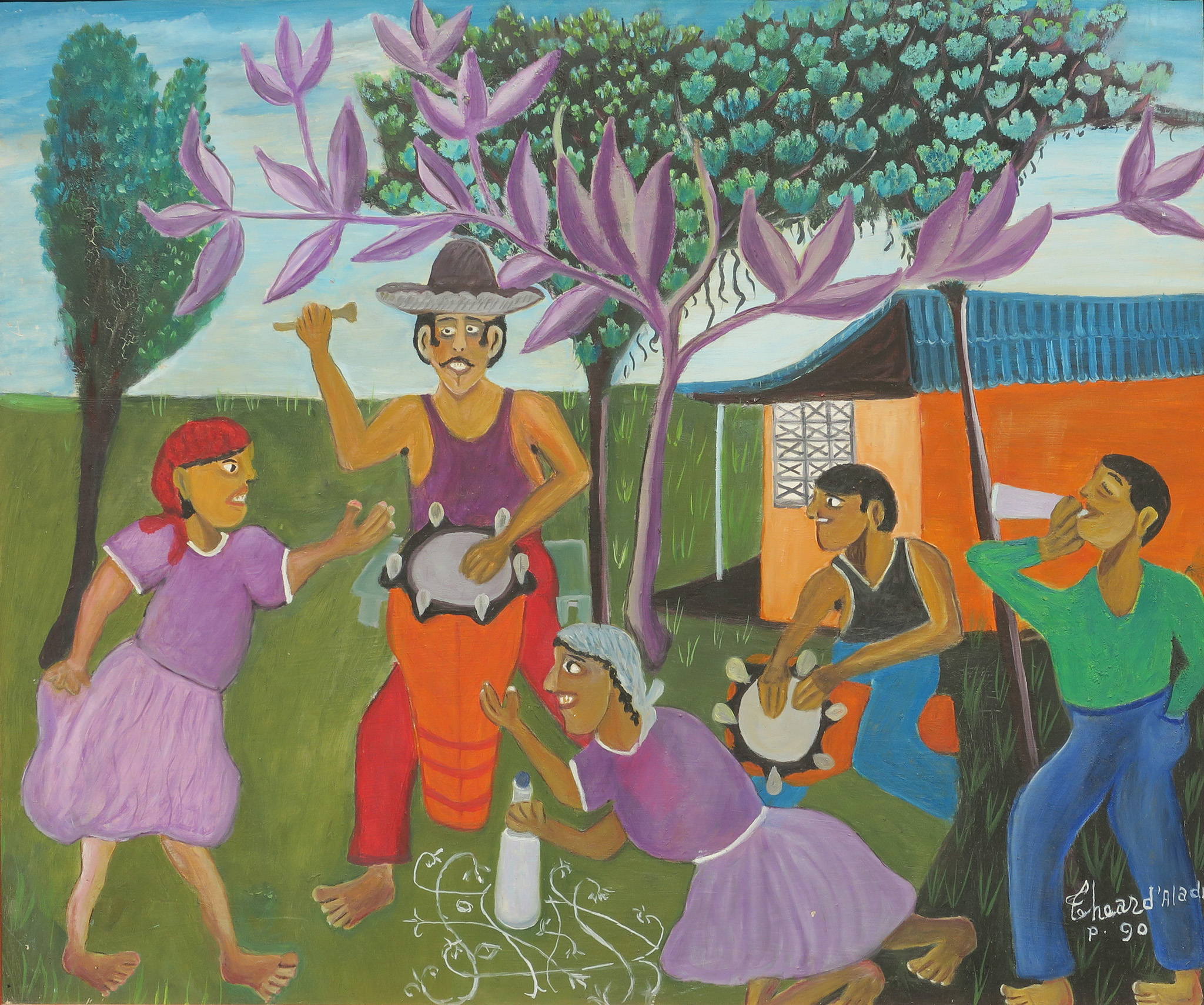 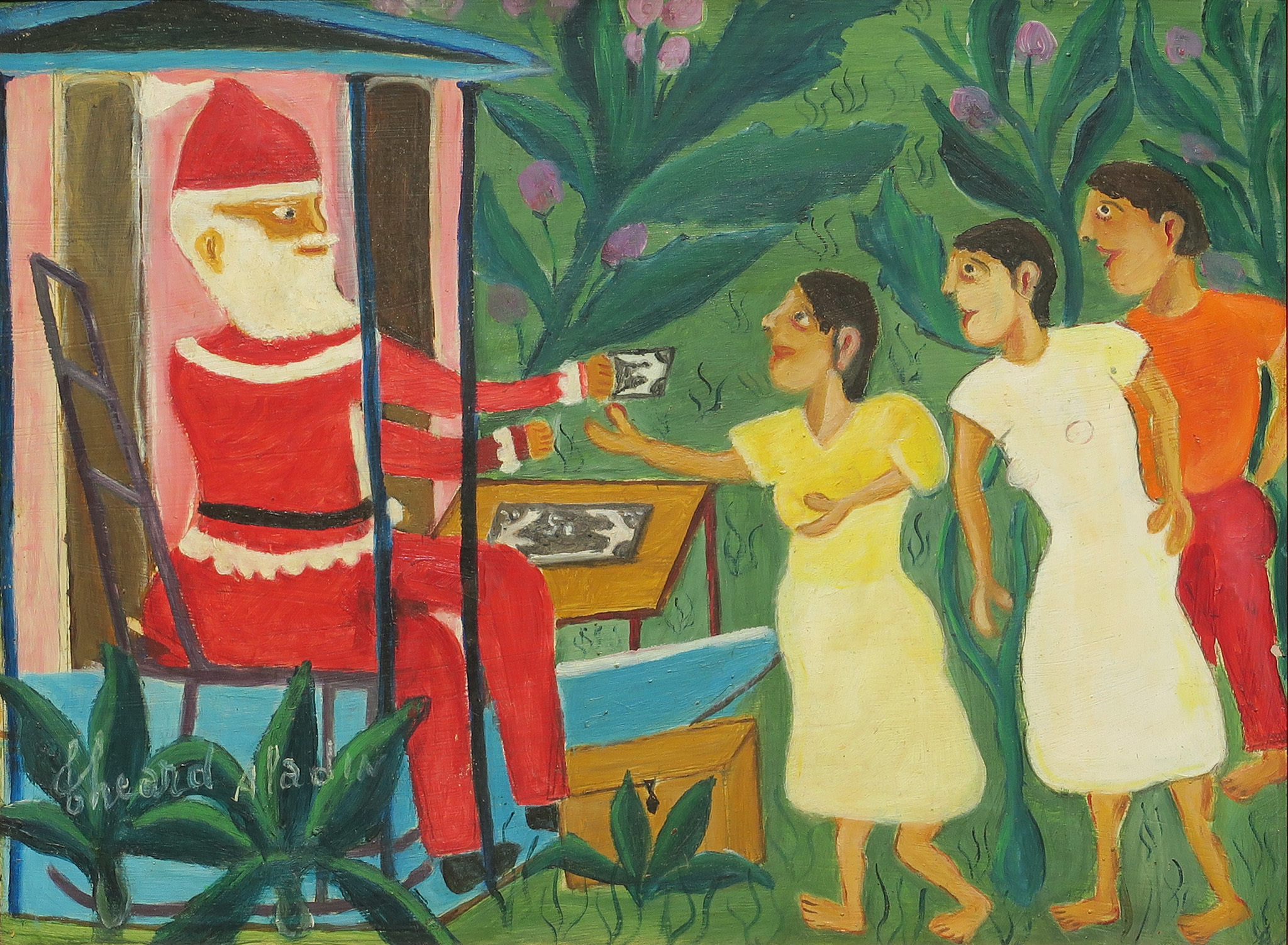 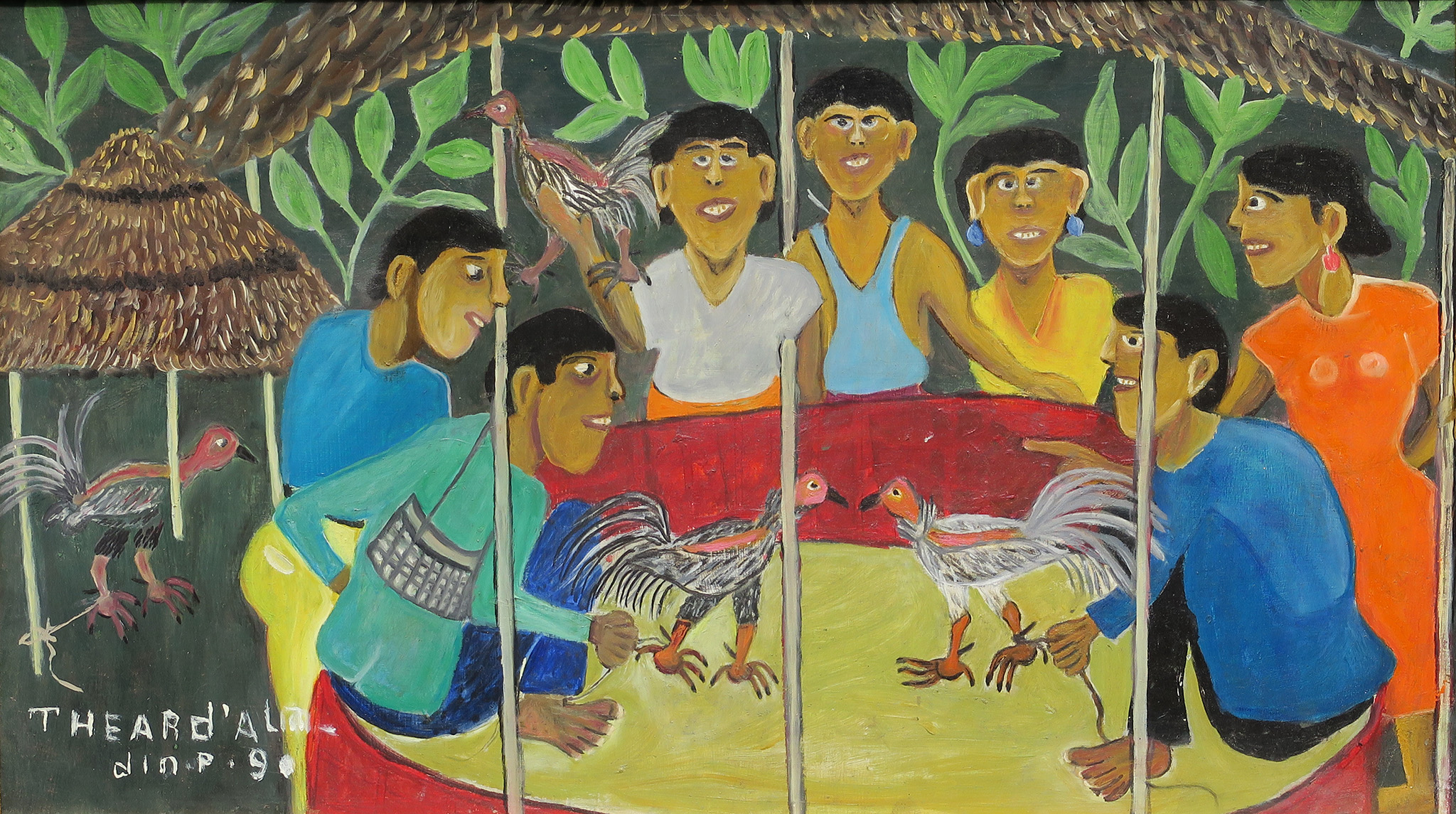