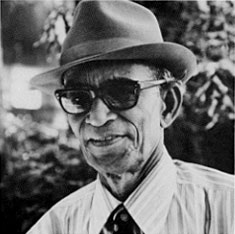 Salnave Phillipe Auguste (b.1908) was a lawyer and magistrate who has written books on law and poetry. He began painting at the age of 52 in order to help pay for the education of his seven children. He joined the Centre d’Art in 1960 and became famous with his jungle scenes. He is often referred to as the « Douanier » of Haitian art, after the famous French naïve painter Henri Rousseau. Among the best known of Haitian artist of the second generation, Philippe-Auguste is well educated and articulate. Now known primarily for his lush jungle scenes with voodoo figures, he also painted still-life, carnival scenes and the exotic street market of Haiti. Salnave Philippe-Auguste died in Port-au-Prince on June 2, 1989.

Popular Paintings From Haiti ? from the collection of Kurt Bachmann ? PP. 18

Voodoo and the Art of Haiti by Sheldon Williams ? pp. 77 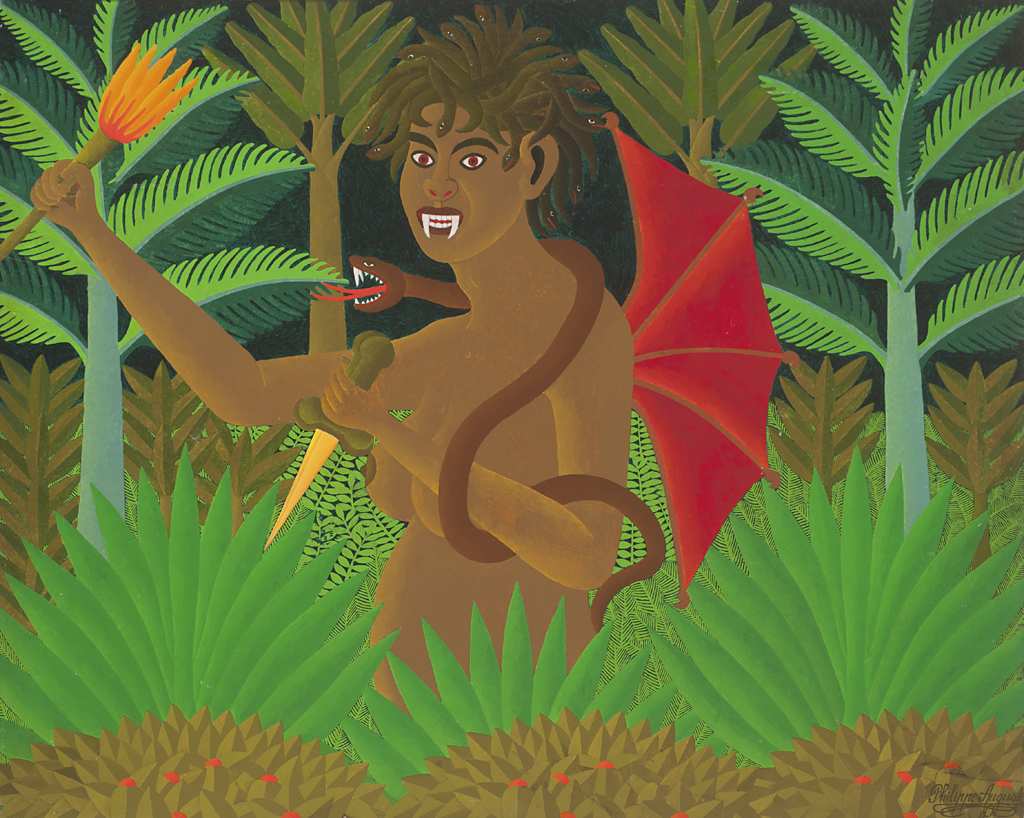 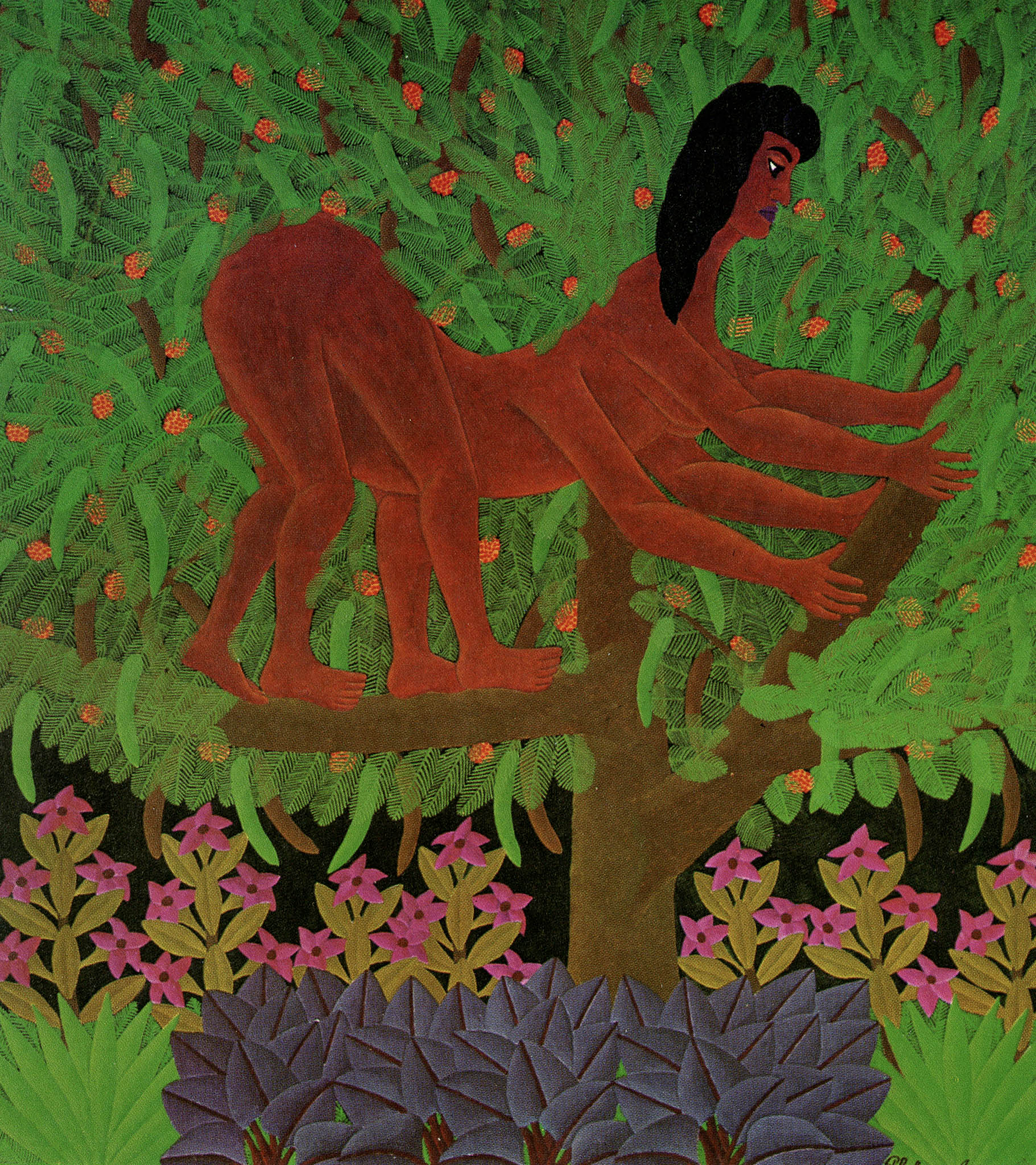 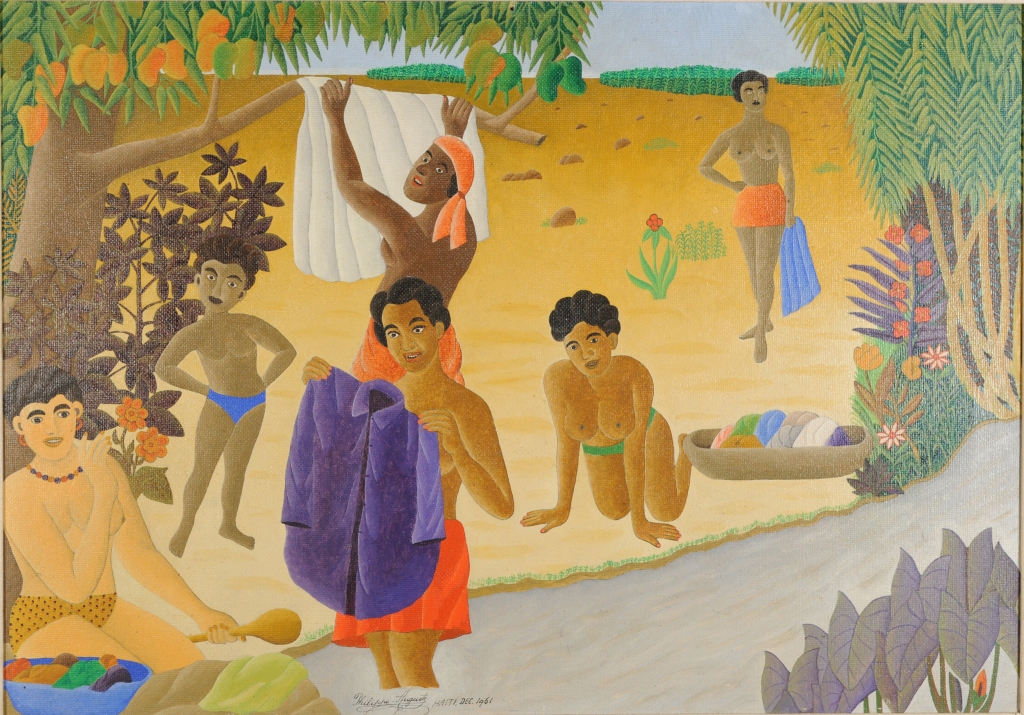 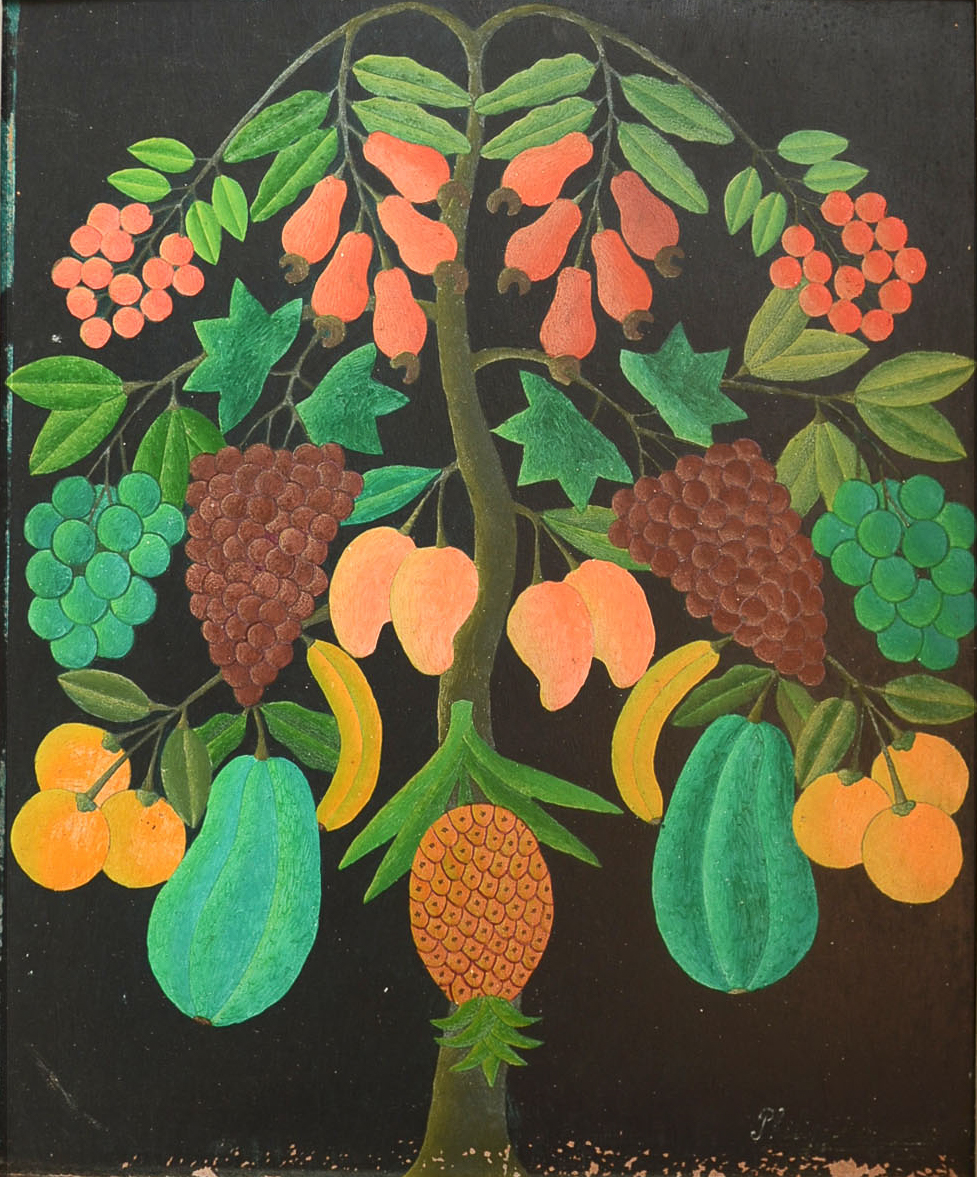 Tree of Adam and Eve 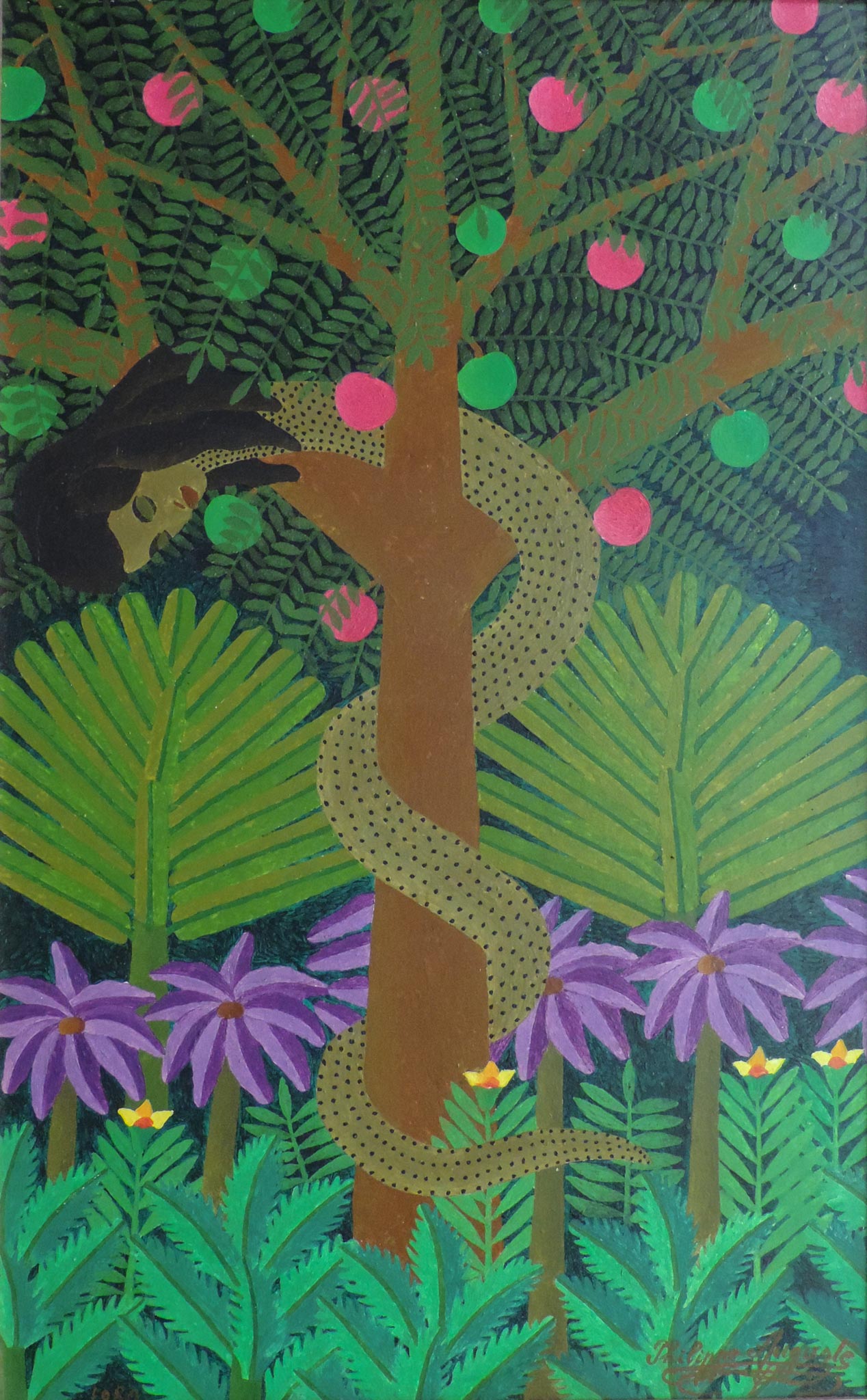 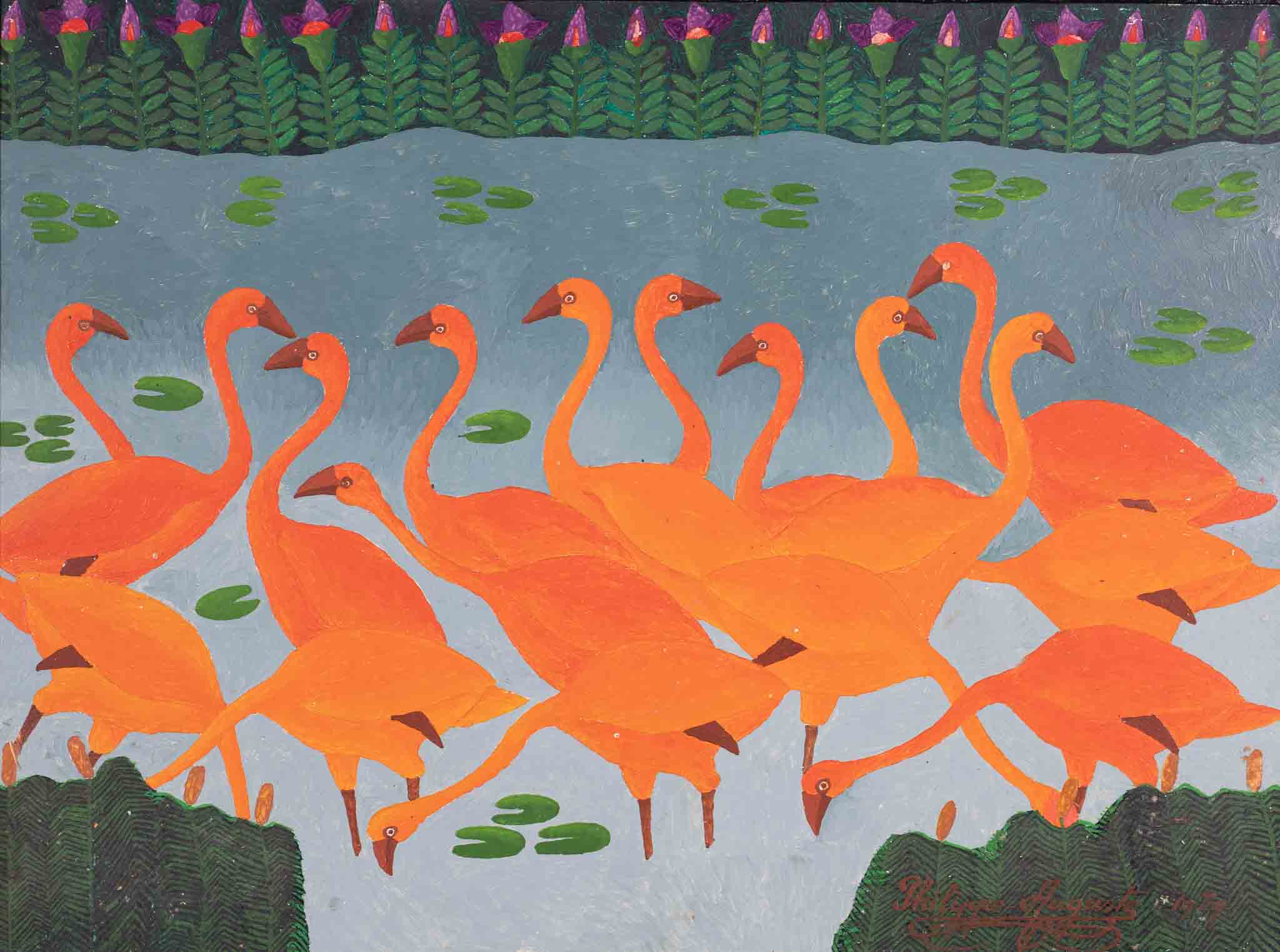 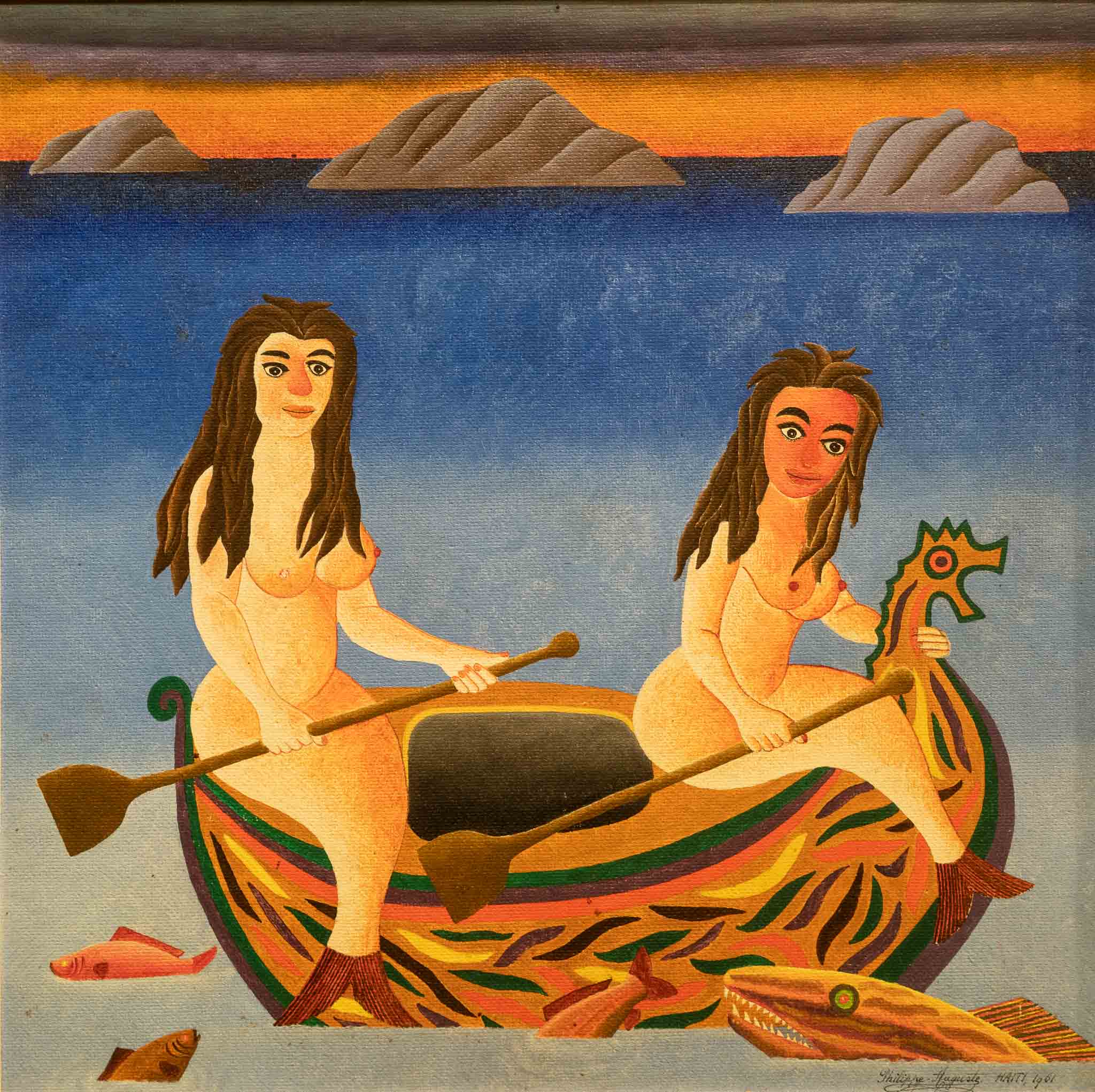 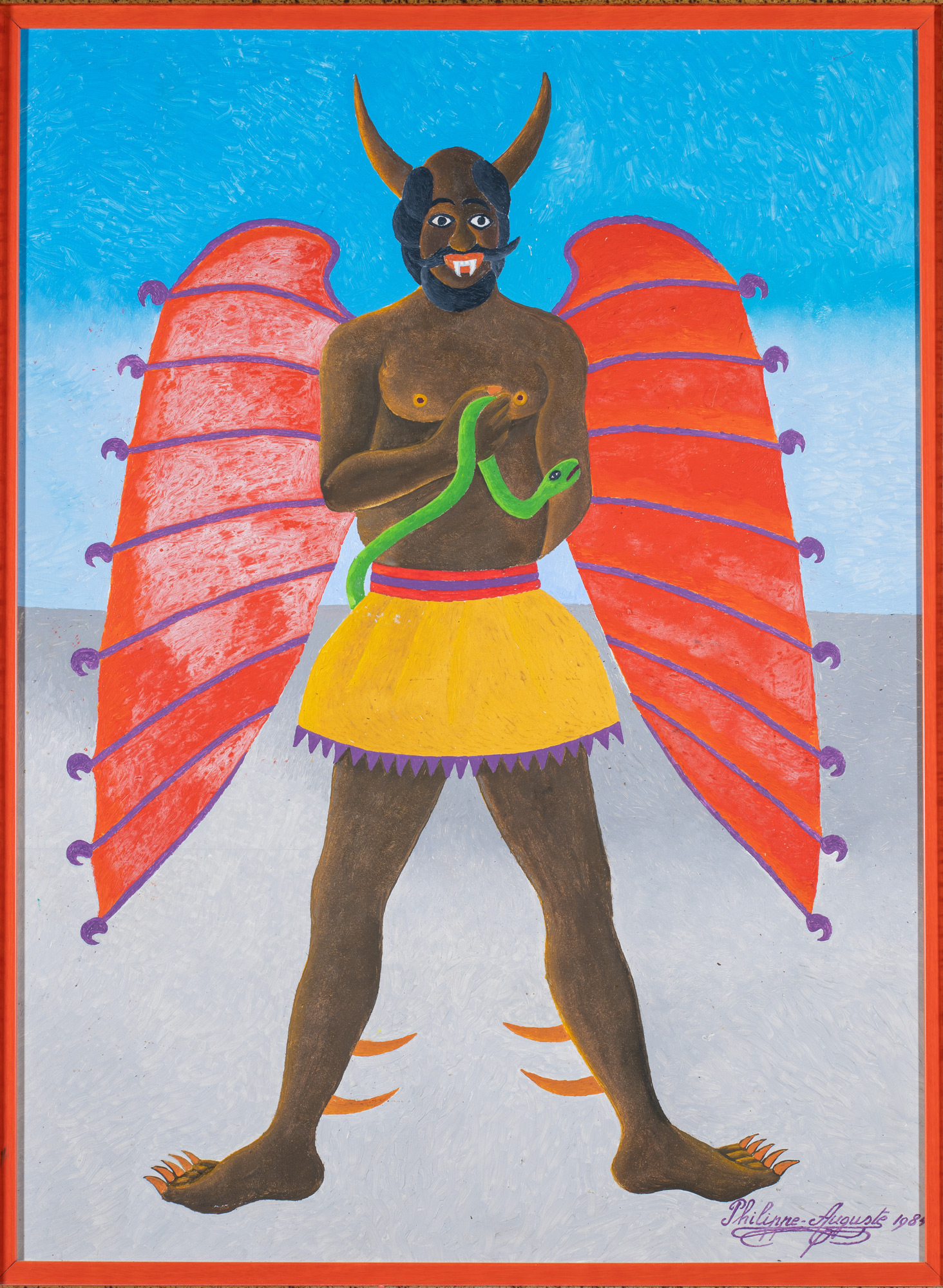