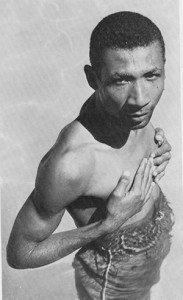 "His paintings are instinctive compositions with warm and harmonious hues and the expression of the sincerity typical of Haitians". ~        Gérald Alexis, Haitian Painters.

Castera Bazile was born on October 7, 1923 in Marbial, a district in the commune of Jacmel. He attends the Cochon-gras presbyteral school in Jacmel. A very young orphan, he was raised by his centenary grandmother who instilled in him solid principles as well as respect for work. Eleven-year-old Bazile travels to Port-au-Prince, forced to find work rather than continue his studies. Thus in November 1945, he entered the Art Center as a handyman.

Stimulated by the artistic effervescence of the Art Center, he launched himself into painting in 1947, encouraged by DeWitt Peters who saw in him a great talent. It focuses particularly on themes relating to daily life: maternity, birth or poverty. Bazile develops a great mastery of contrasts and colors, handling the variations of blue, blue-green, yellow with occasional notes of pure vermilion and intense green. His personal style is rapidly moving towards a simplification of forms and a bold distribution of pure color.

Fervent Catholic and connoisseur of voodoo, his intense faith inspires his most beautiful works. In his religious paintings, the duality of Catholic and Voodoo beliefs allows him to renew religious art while embodying the specificity of Haitian culture.

The power of its expression is adapted to the monumental proportions of the fresco. His concern for symbolic realism makes him an exceptional natural muralist. Selected in 1951 with seven other painters including Philomé Obin and Rigaud Benoit, he painted three historic frescoes in the Episcopal Cathedral of Sainte-Trinité in Port-au-Prince: The Ascension of Christ in the apse, The Baptism of Christ and The Christ expels the money changers from the Temple in the north transept. The building was badly damaged during the earthquake of January 12, 2010, but the Baptism of Jesus was partially spared. These monumental works are among his most successful. They are often compared to the frescoes by Piero della Francesca for the treatment of composition and perspective.

Very quickly, his career took on an international dimension. He successfully participated in several exhibitions in Haiti but also in the United States and Europe. In 1955, he won the first grand prize of the Caribbean International Competition sponsored by the company ALCOA. He also won in 1957 an artistic competition organized by Holiday magazine and received a reward of $ 1,000, a significant sum for the time.. B Azile is one of the most Haitian artists Collectionn ed. His works are present in permanent public and private collections such as the Musée d'Art Haïtien du Collège Saint-Pierre in Port-au-Prince, the Milwaukee Art Museum and the MoMA in New York .

Considered a major Haitian artist, Castera Bazile died at the age of 43 of tuberculosis, on February 27, 1966, at the sanatorium of Port-au-Prince. He was at the peak of his career. 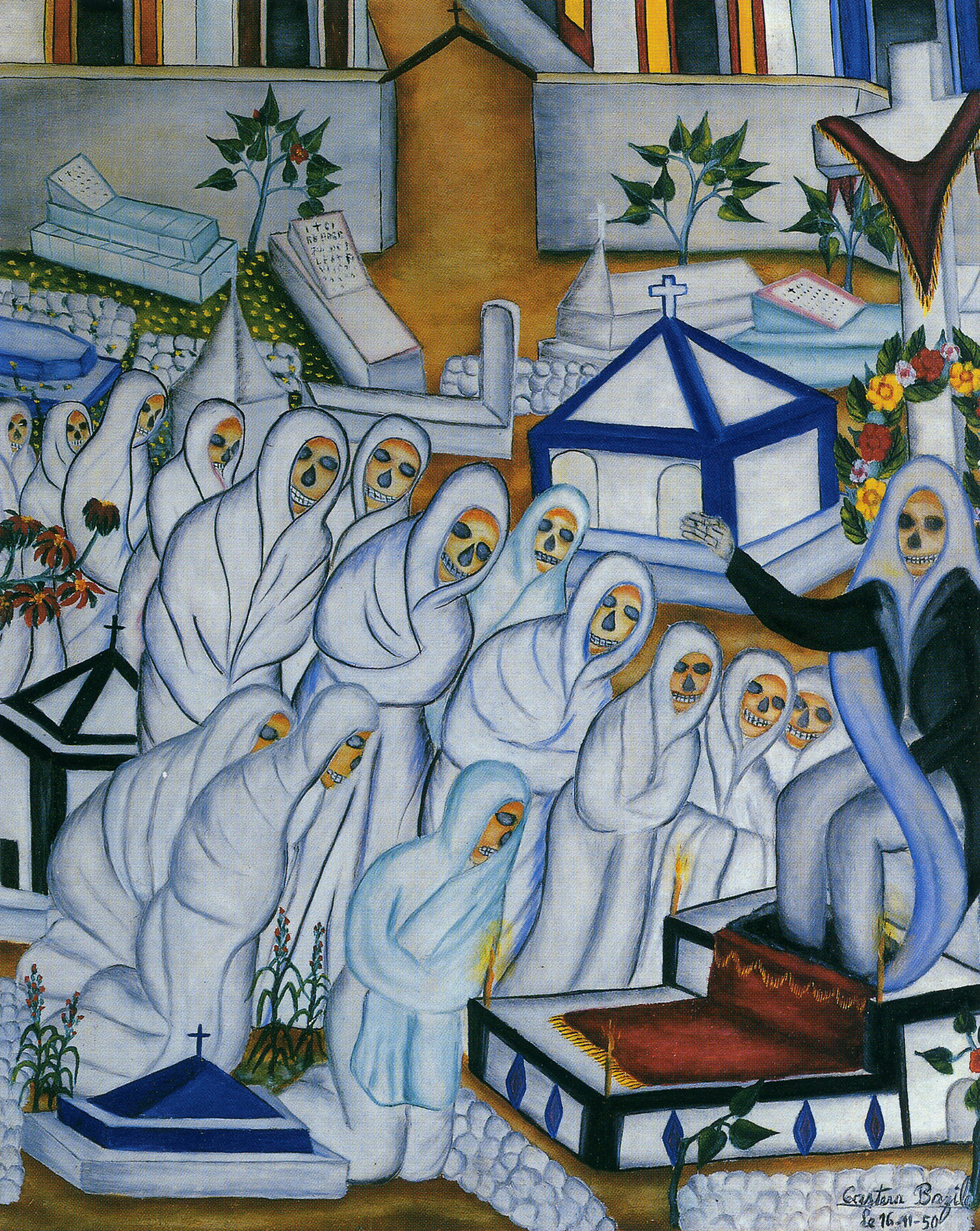 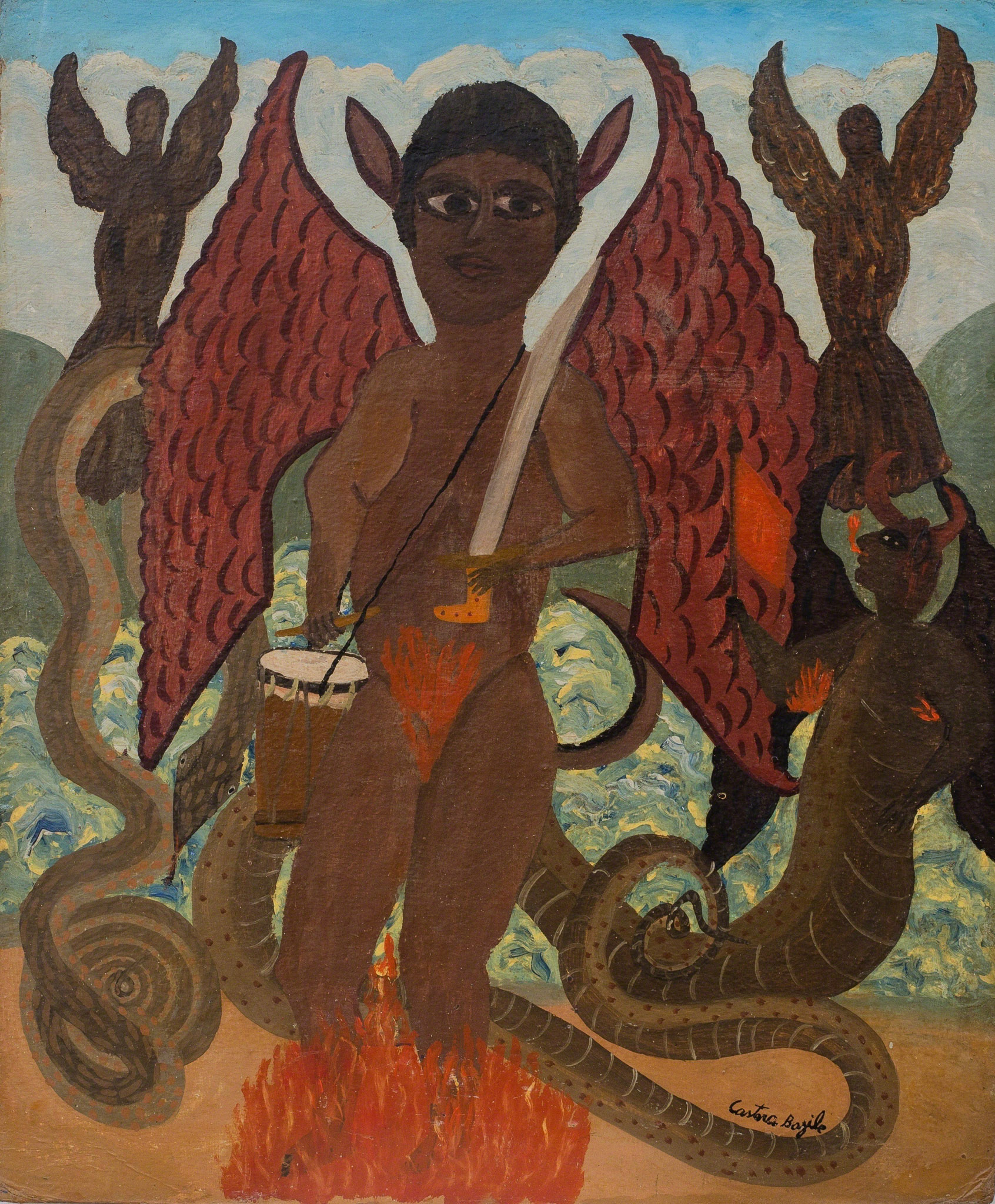 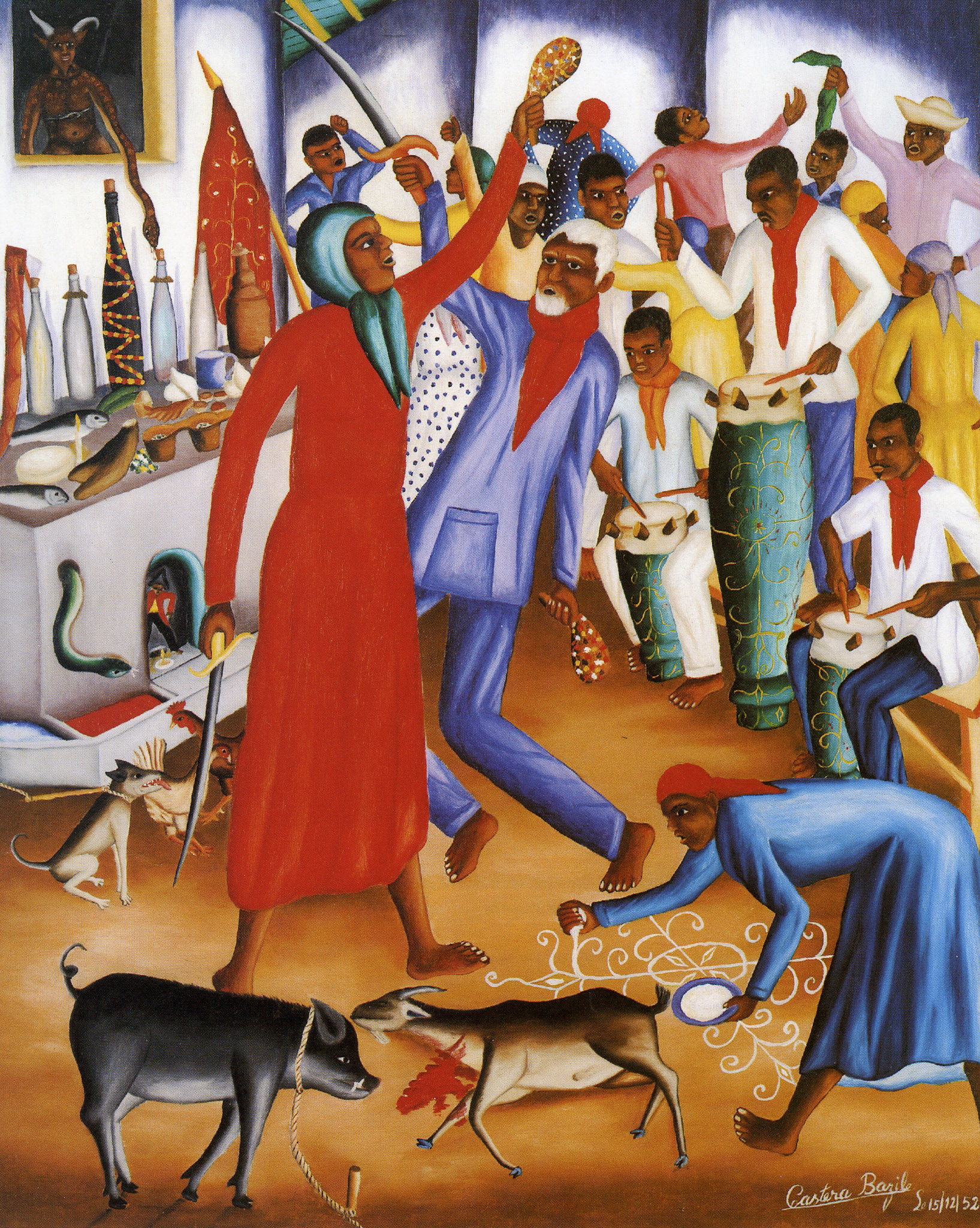 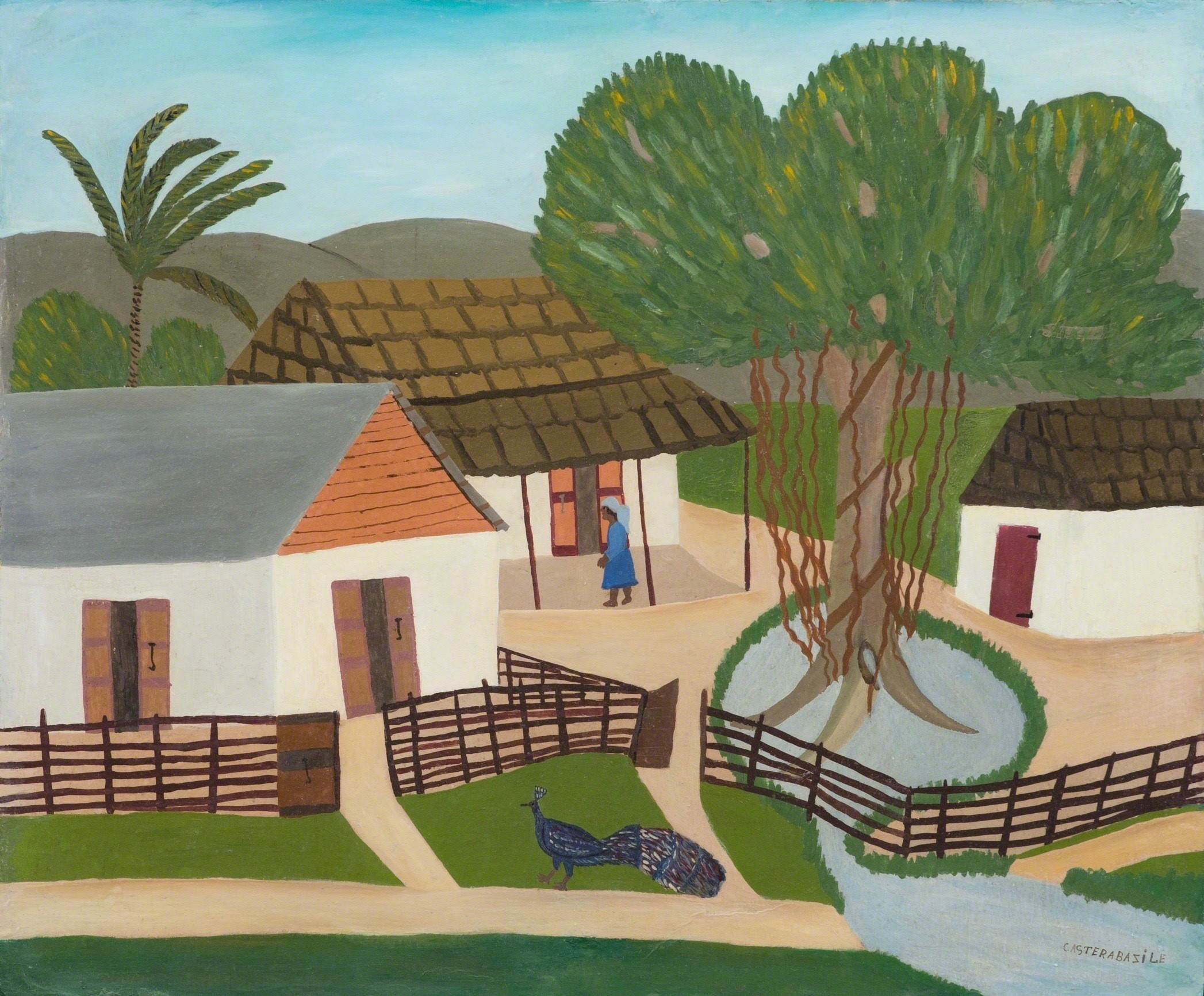 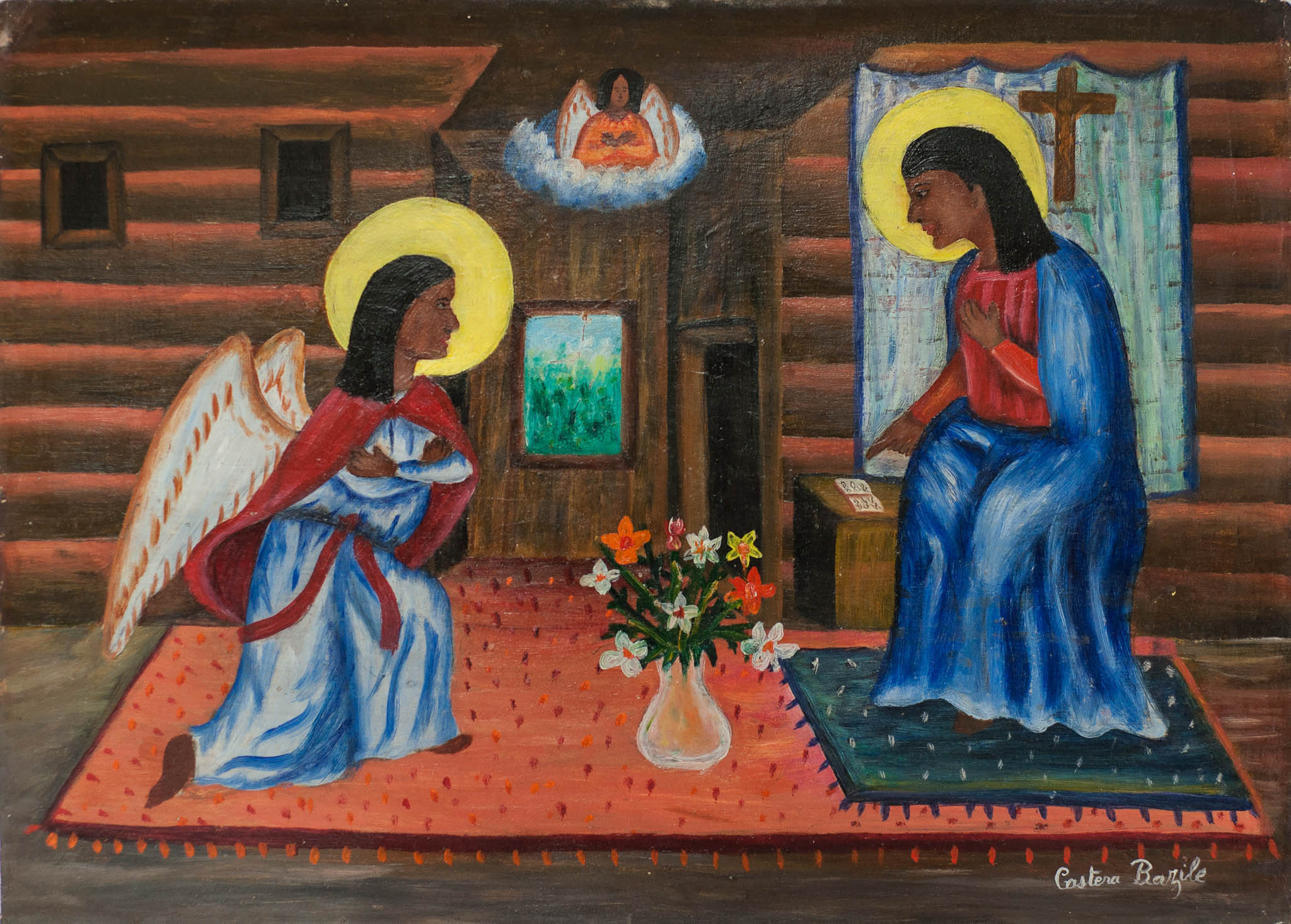 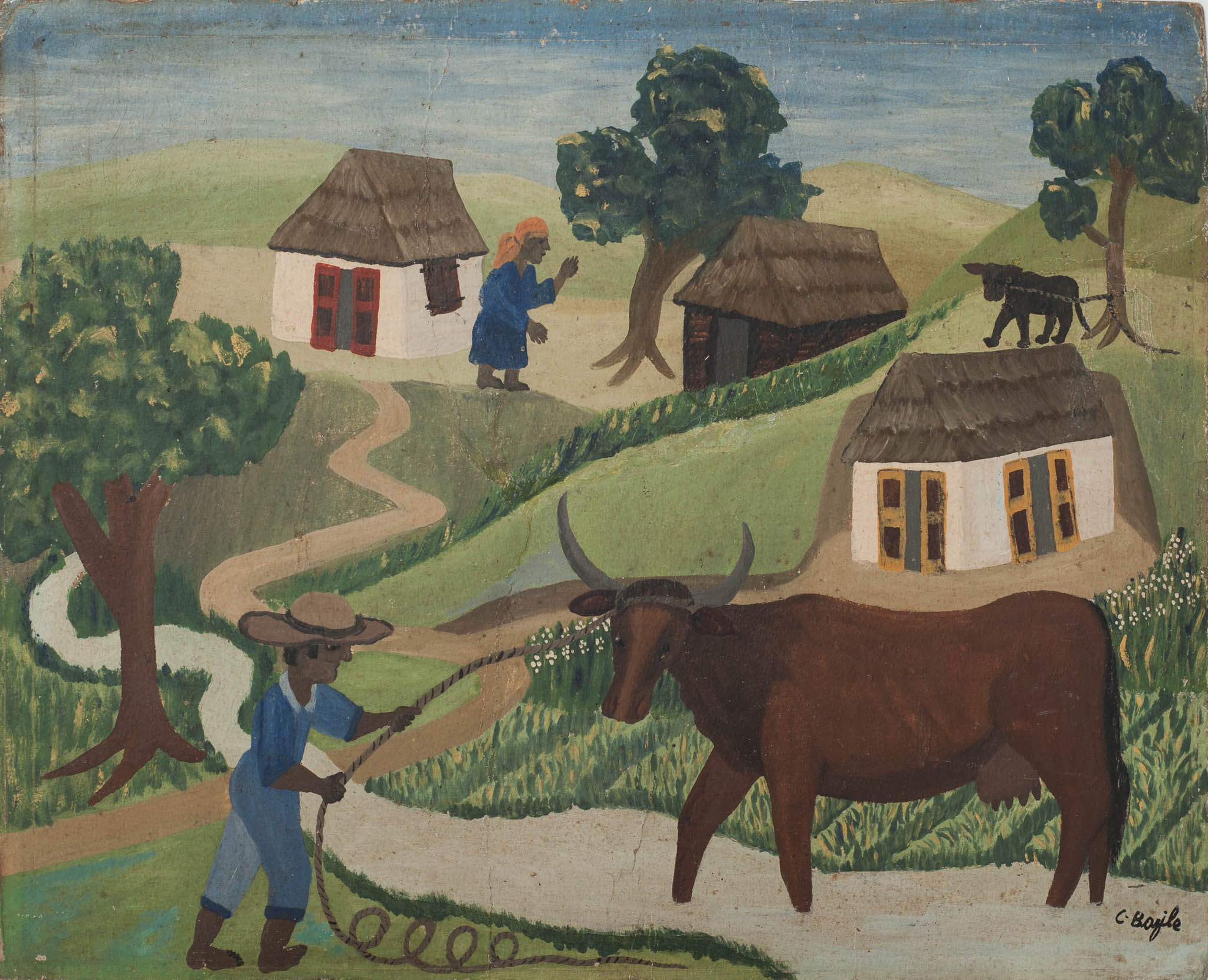 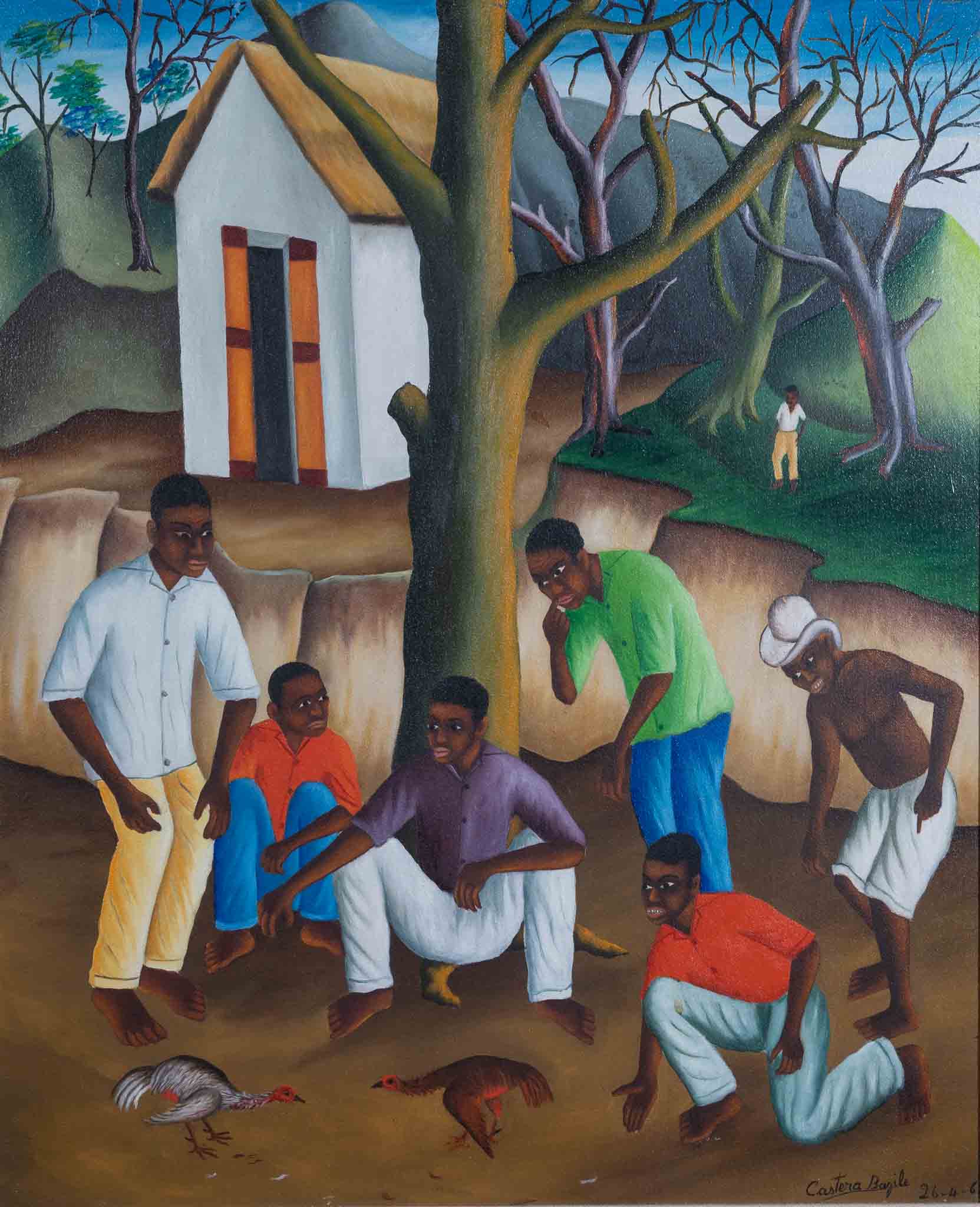 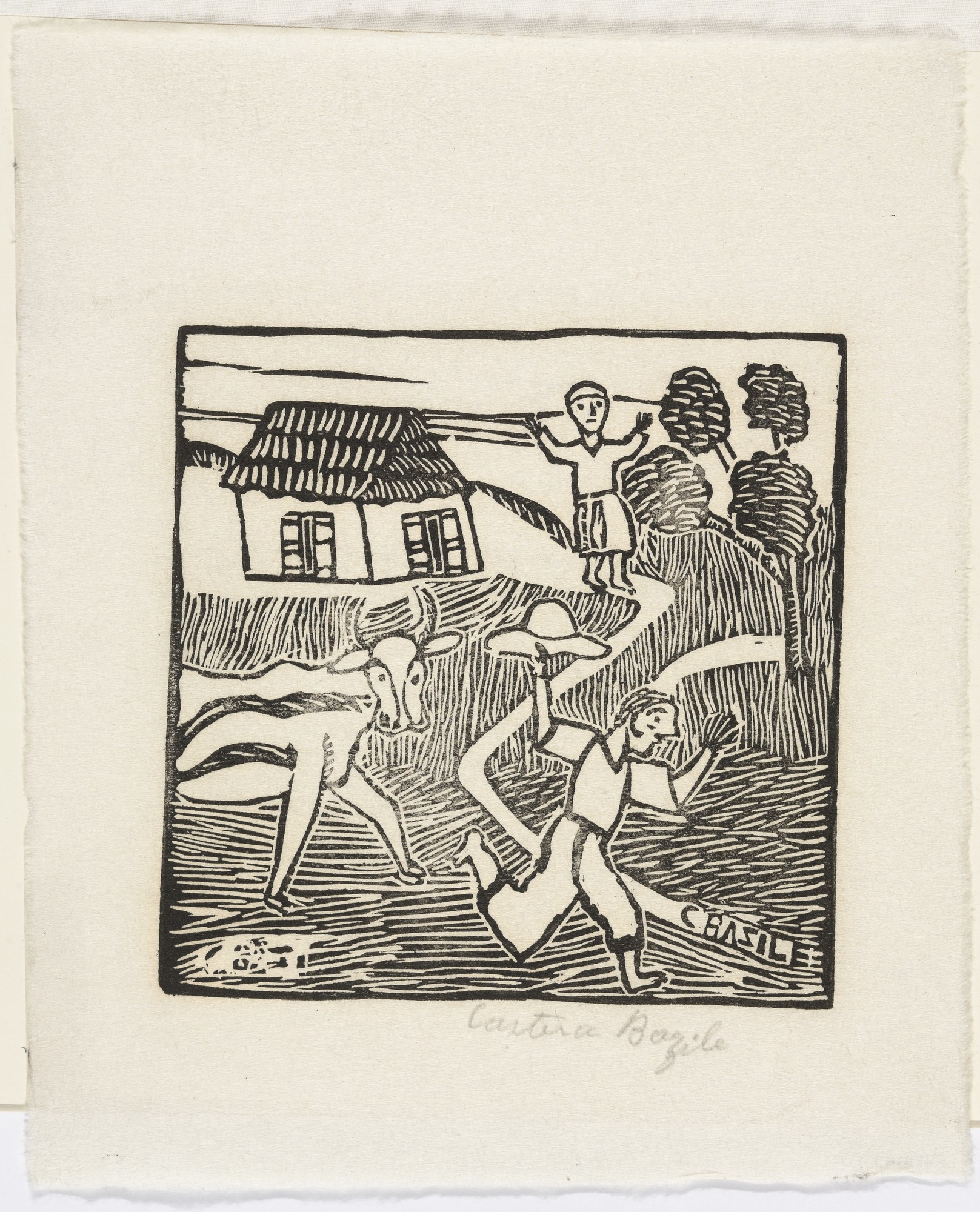 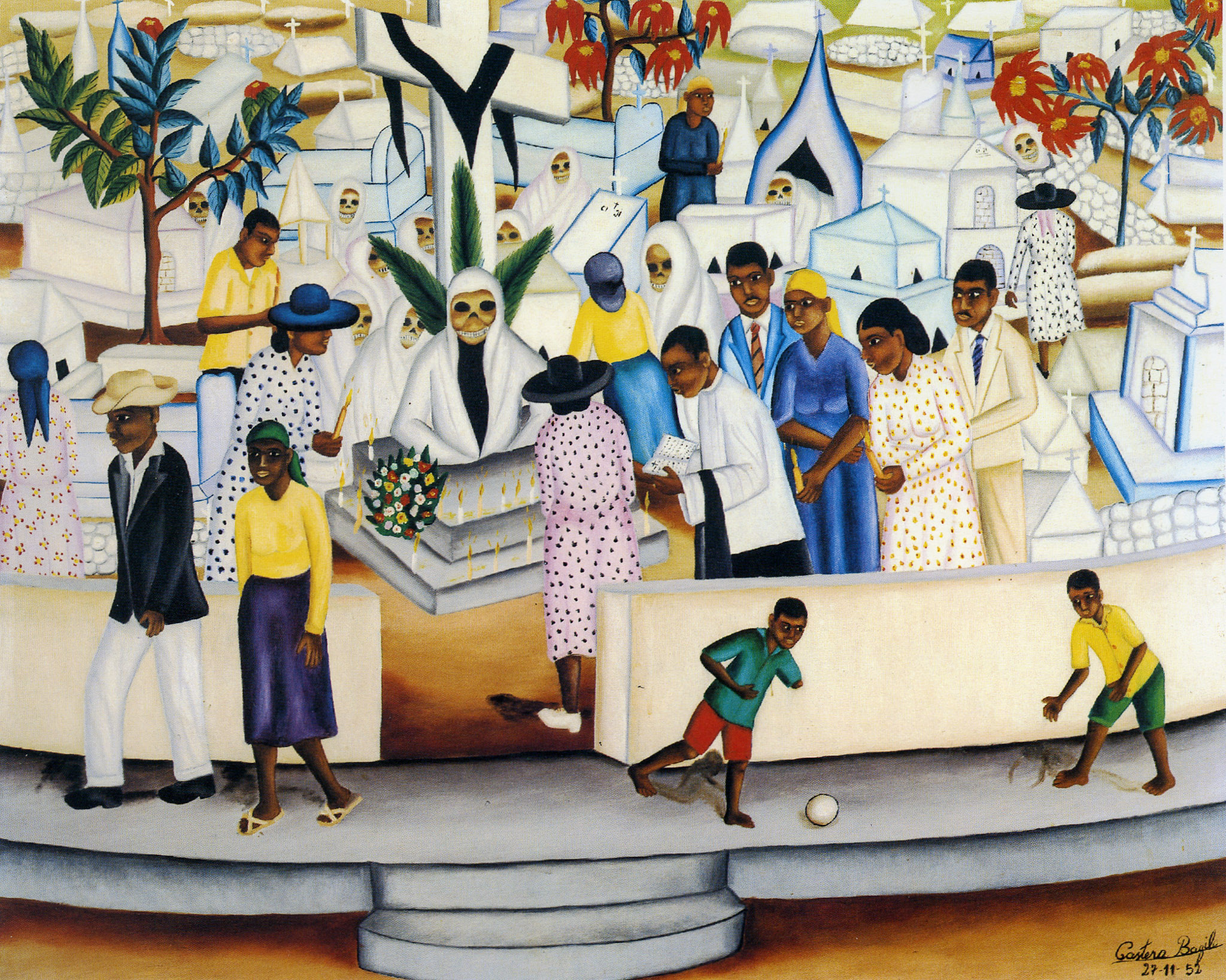 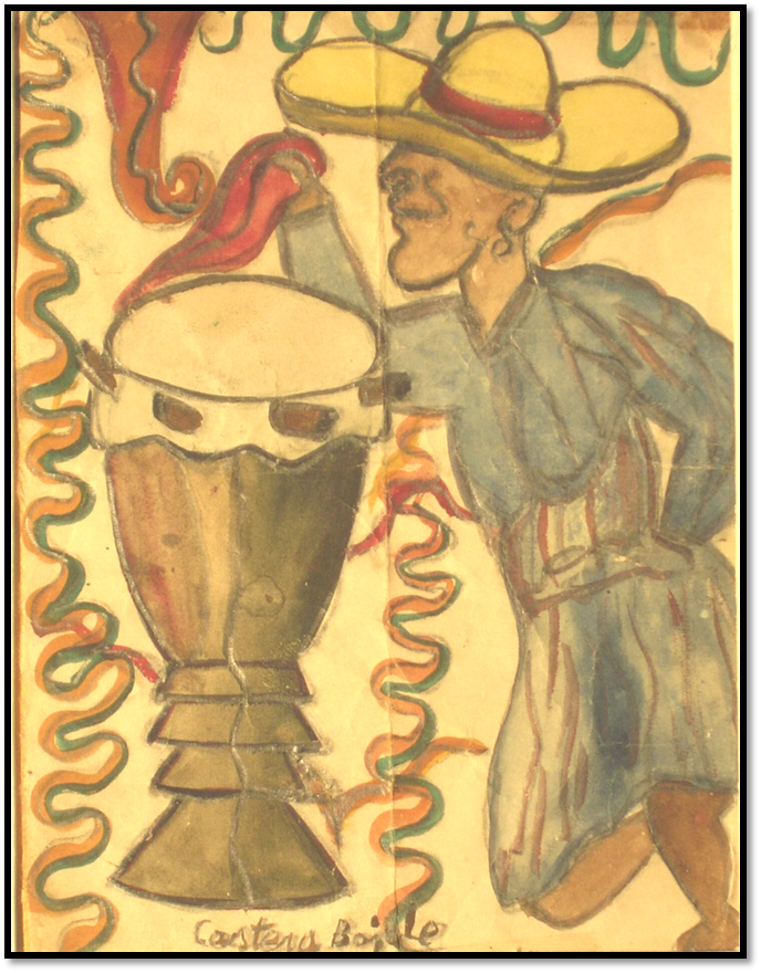 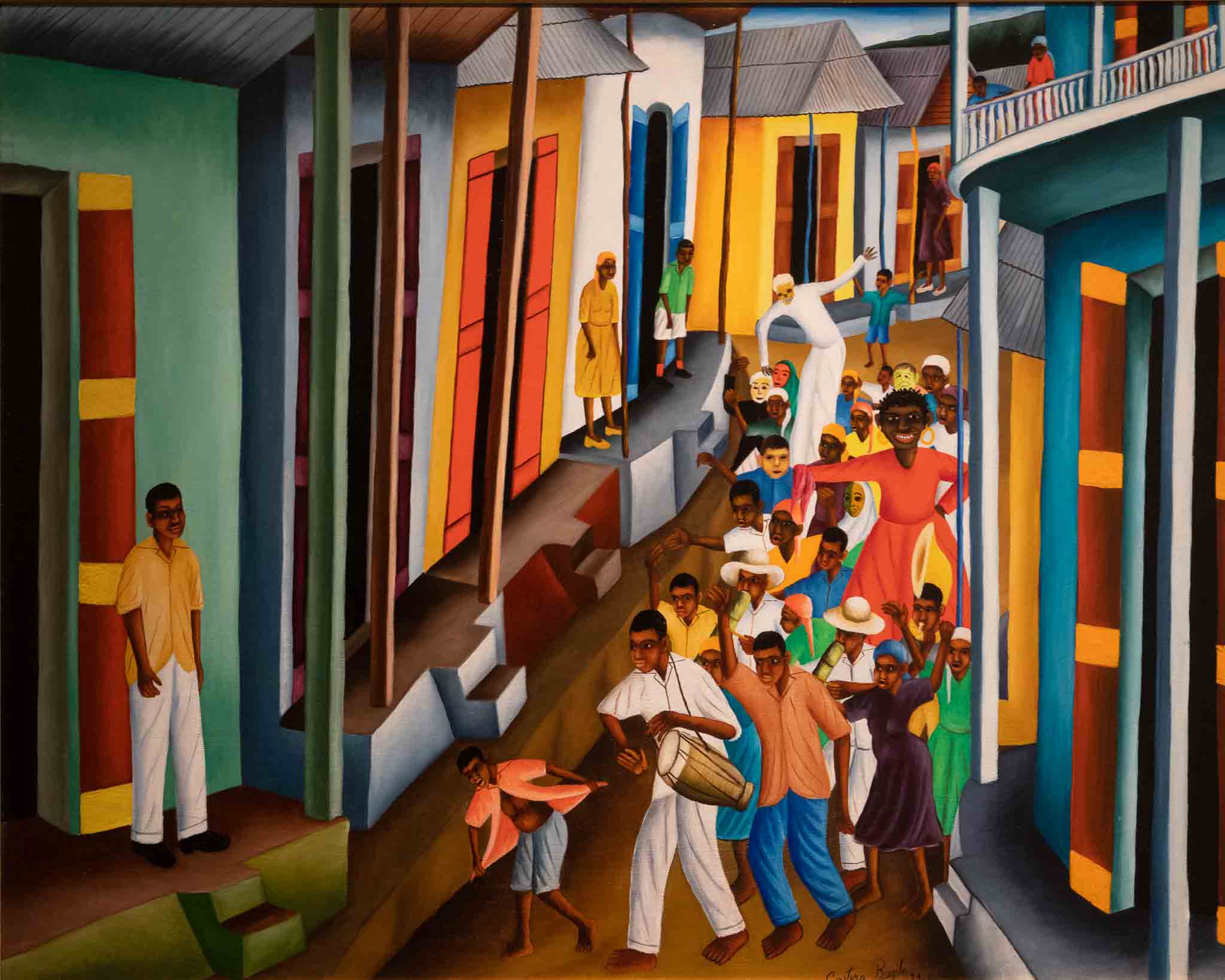 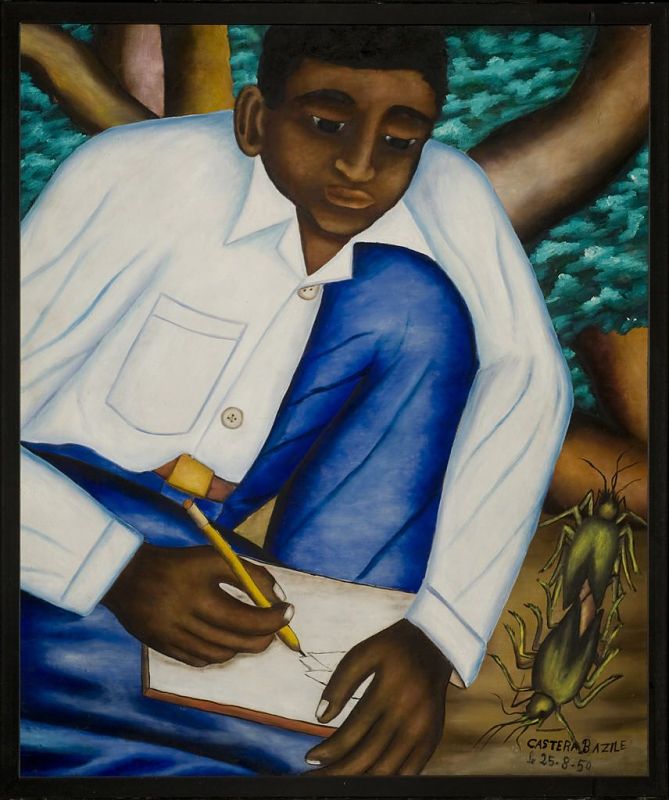 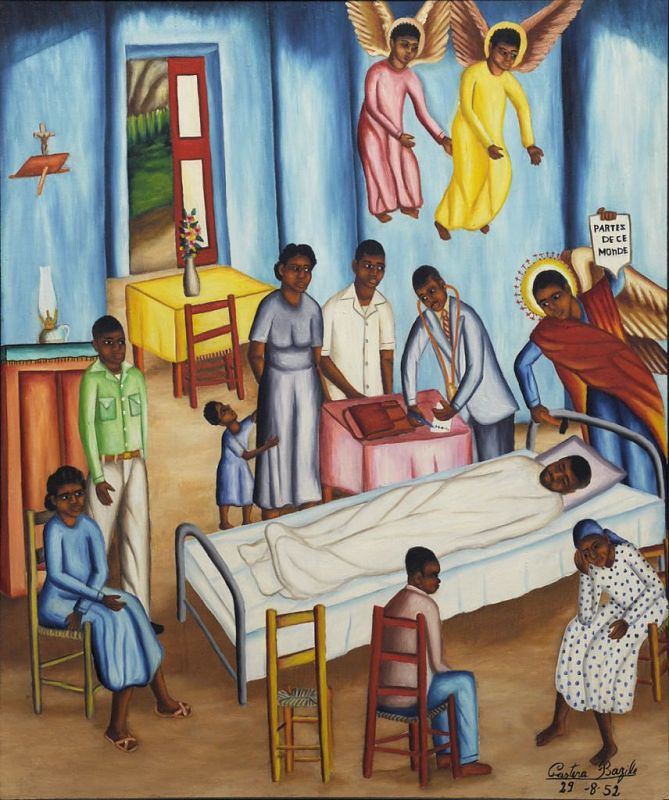 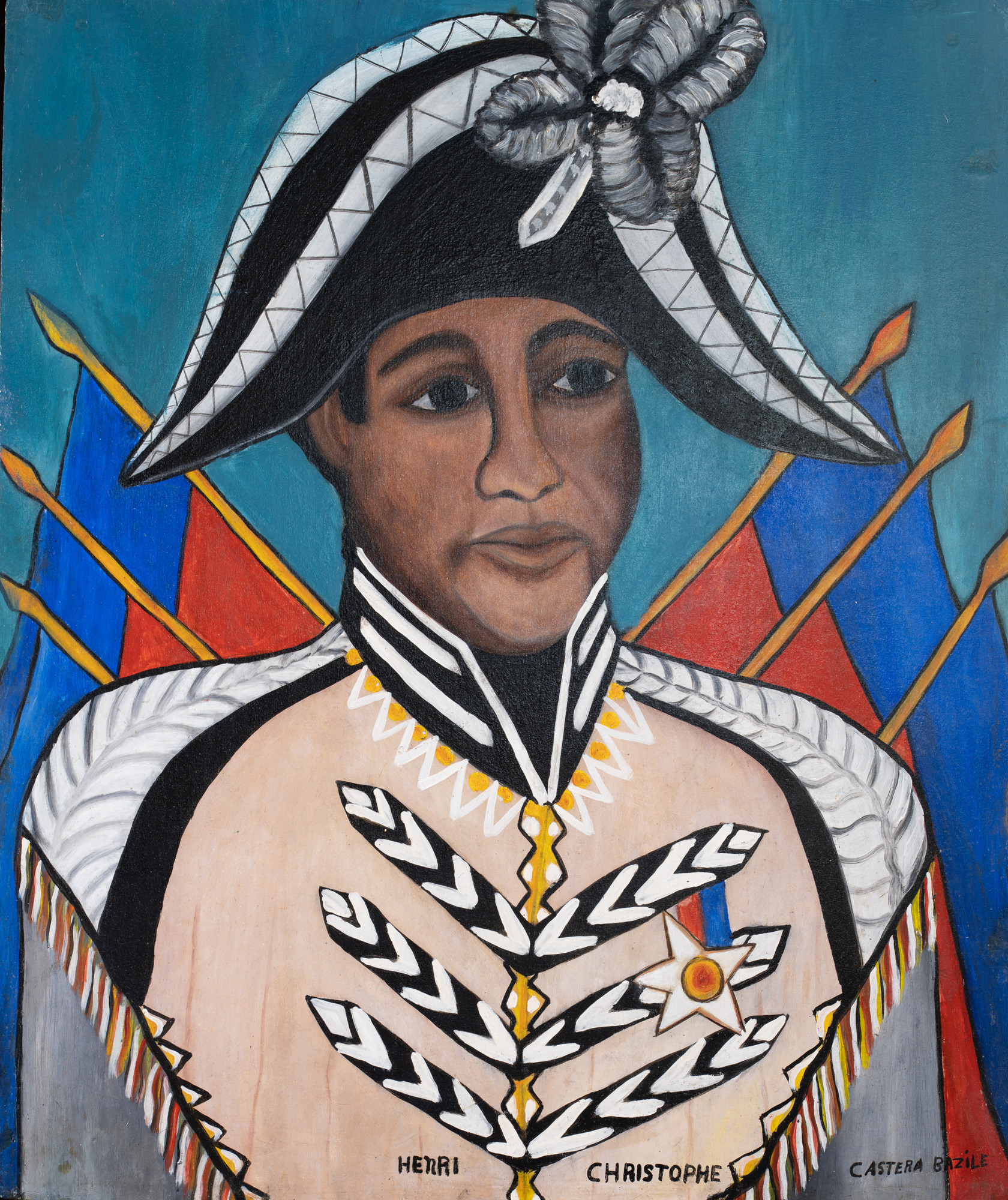 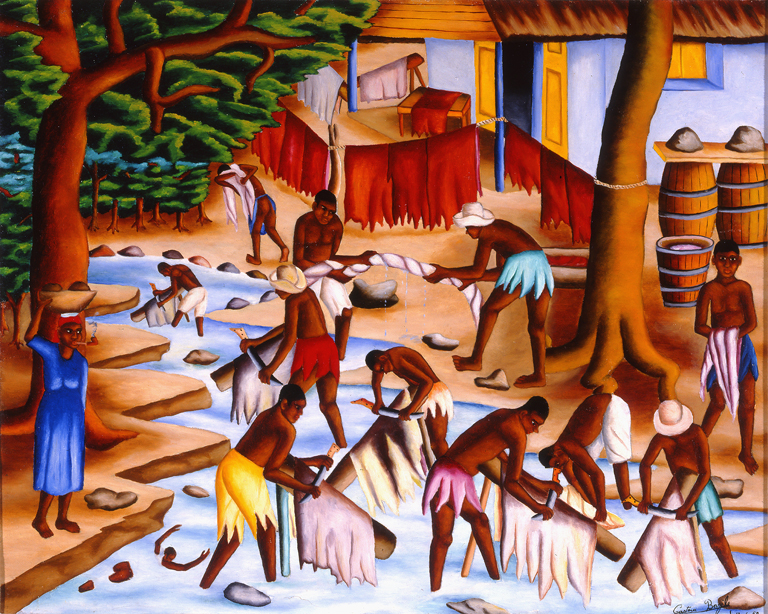 Reparing Hides for Tanning and Coloring, 1952 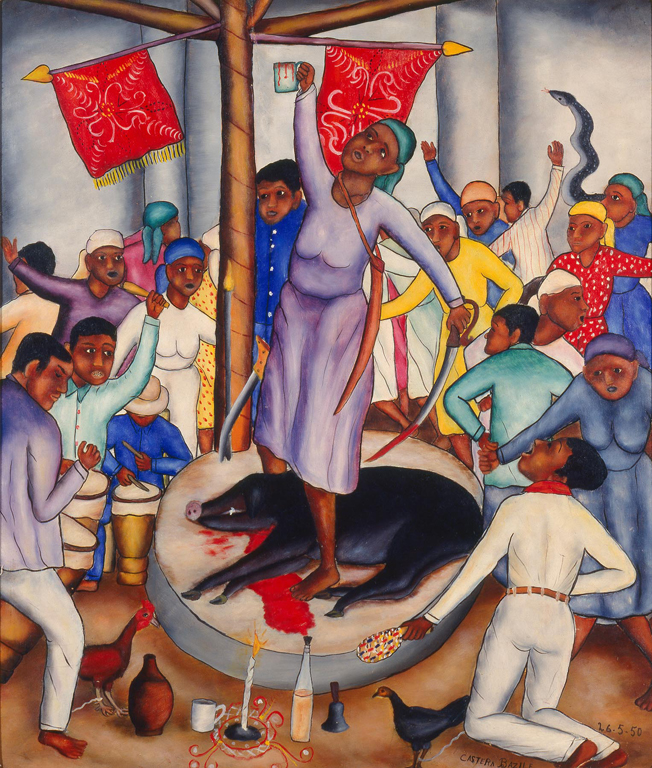 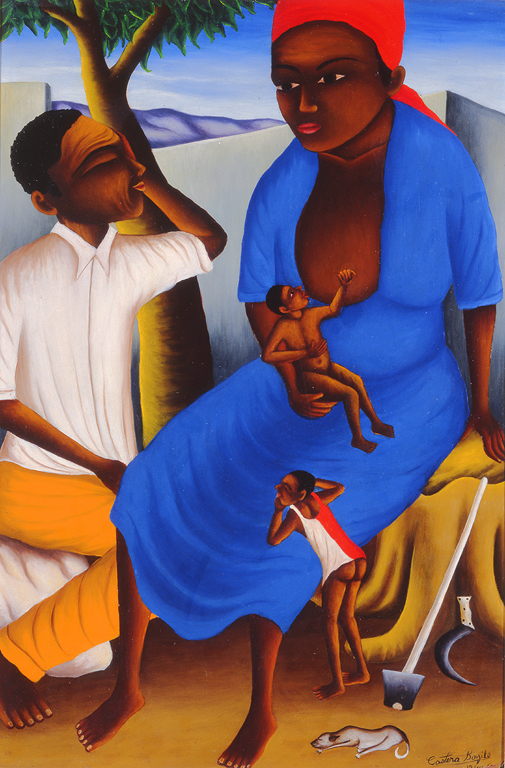 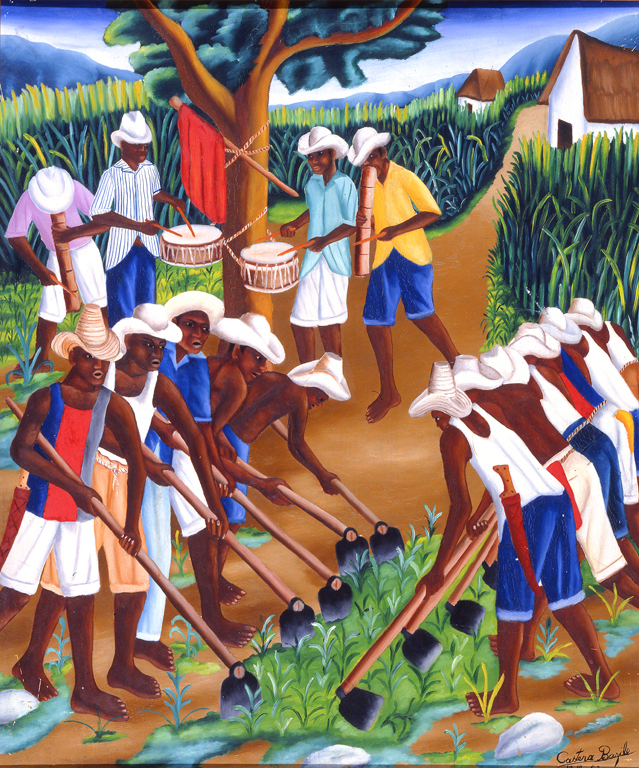 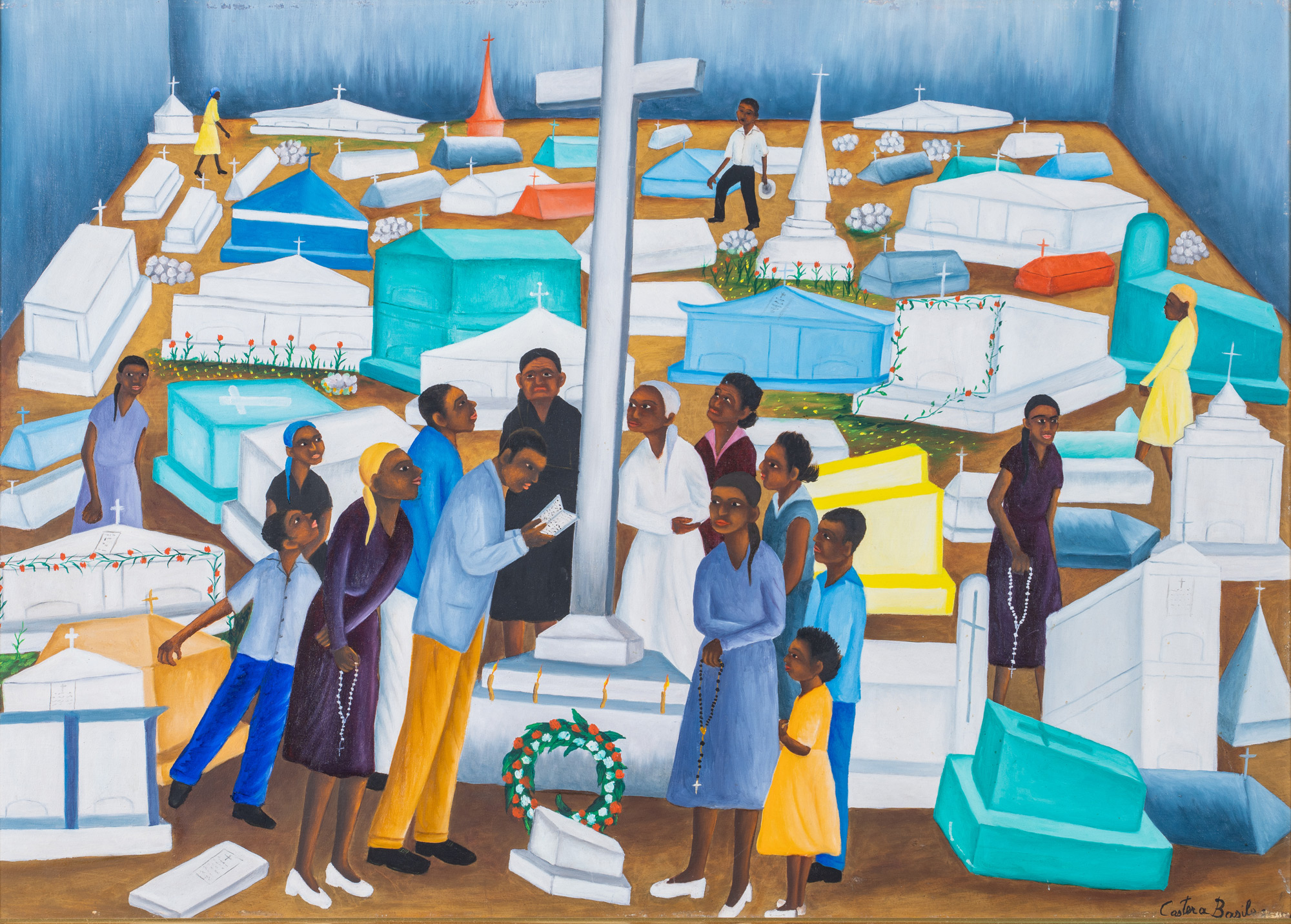